SkyRunner flying car takes off, immediately crashes into a building

While the electric cars are gaining more and more momentum, the flying ones (as we imagine them in the future) aren’t a feasible option yet, but the bar is often raised with strong promises. One of them is the SkyRunner NI34SR, a $139,000 FAA-certified buggy that promises a lot of fun where the regular cars struggle performing: off the road, and in the air. However, the clip below shows the SkyRunner NI34SR’s test run which fails horribly. Before hitting play, we let you know that the passengers are alive, albeit not without serious injuries. There’s no information on what caused the crash, but the main culprits seem to be the in-air steering and inefficiency of altitude gaining. 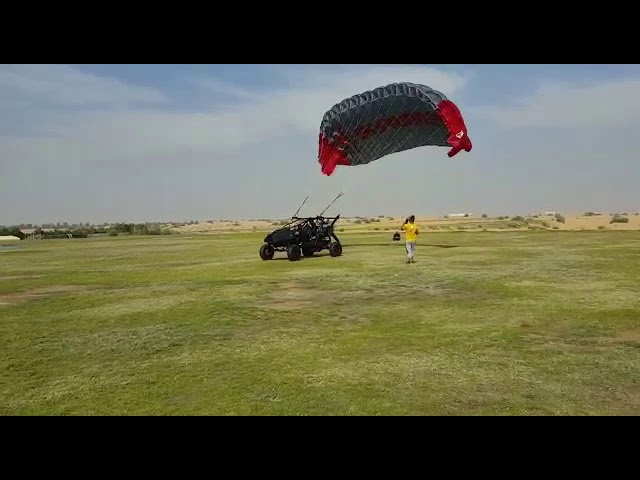 The SkyRunner is described as the “easiest and safest forms of flight to master and offers the kind of flying experience that is unmatched by other forms of aviation.” The NI34SR is a very user-friendly flying car: besides the conventional, car-like controls, it features two handheld toggles for steering and a throttle pedal for climbing. Stop pushing the throttle and the car will descend. Stop the engine, and it will glide safely to the ground. So as long as you don’t hit something at speed, you are perfectly safe ― which makes this incident a very unlucky one.