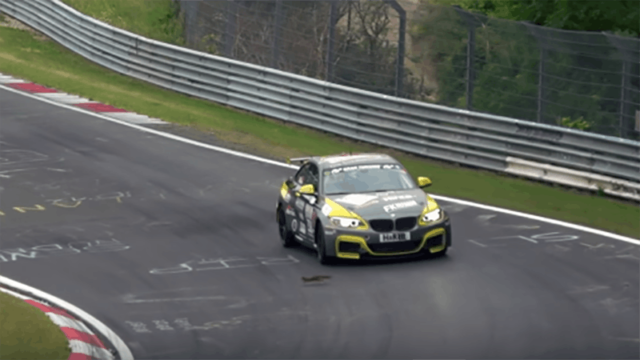 I mean break – a lucky break

Squirrels may belong to the rodent family, but this particular one seems to have multiple lives like a feline… It chose the worst possible moment to sprint across the tarmac on the Nurburgring Nordschleife, as a BMW 2-Series was just approaching, yet somehow managed to outrun it to safety.

The BMW driver makes a quick steering and braking correction too, sufficiently altering its trajectory to avoid the crossing paths with the confused chipmunk. It definitely must have felt its tail fur rustled by the air displaced by the speeding coupe, though.

We even know who the good guy driver is. His name is Yannick Mettler and he’s a racing car driver who spoke to The Dodo about the incident. He said “In these moments you don't have time to decide, you just react. It's a natural instinct of mine to avoid any living creature (without overreacting, of course, because this could put others in danger). I don't know why, but I've always managed to avoid any animal, even on the road when I drive at night sometimes. I definitely do have a heart for animals, so I guess that's part of the reason."

Scroll down for the full video.