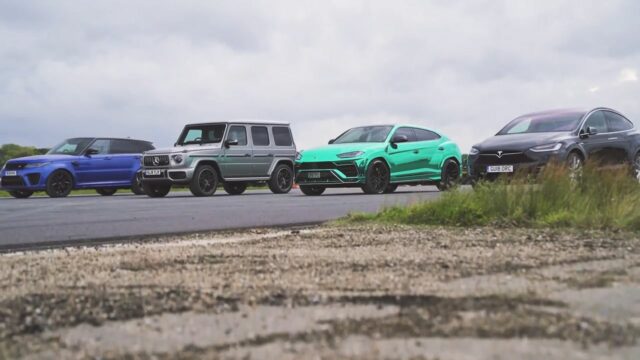 These are (some of) the heavy hitters of the SUV world

We love a proper drag race and as a rule of the thumb, the weirder the better. What you’re about to see, though, is not necessarily weird but rather eccentric.

Nobody believed drag strips (even those improvised out of airstrips) would ever get to see large SUVs racing on the ¼ mile.

But the year is almost 2019, and the following video orchestrated by carwow comes to contradict those beliefs.

Oh, and by the way, you could see this one as a duel between the future and perhaps the past, in terms of powertrains. In any case, you're in for some action.