The finish was incredibly close for such a long drive

Tesla is seen as the ‘Apple’ of the EV universe, which translates into high-quality, ingenious products that sell like hotcakes. In this episode, this ‘Apple’ is challenged by a very potent Android — you see, we’ve completed this analogy by associating Hyundai with Android, for obvious reasons.

Norwegian YouTube vlogger and electric car enthusiast Bjørn Nyland pitched his Tesla Model X against the Hyundai Kona Electric, “a car of no compromise,” as the South-Korean manufacturer describes it. The Kona featured here is the long-range version, capable to carry you for about 470 kilometers on a single charge. At the start of this clip, the Kona was promising 438 kilometers until recharge was needed.

The Model X was ready with 378 kilometers, and, as the race required, it was allowed to recharge only at Supercharger Stations, whereas the Kona Electric was able to use any Fast Charge output in the way.

We won’t spoil the hour-long clip for you but we’re amazed by the incredibly tiny margin the finish line drawn between the two. Hyundai Kona Electric is definitely a car worth considering, isn’t it? 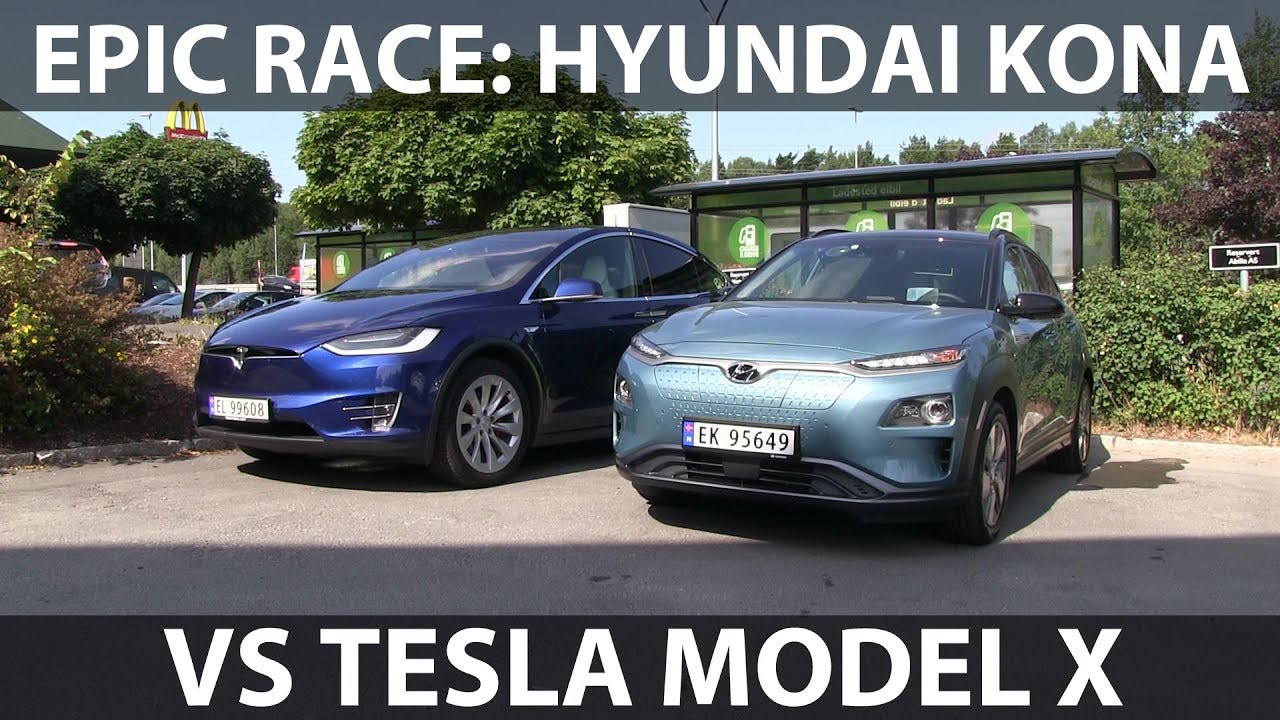