TEST: Winter tires vs. summer tires on 4WD - does it even matter?

Yes, it does: having the correct tires in winter makes the difference between life and death

Many SUV drivers think that their car's 4WD system would help in winter conditions even if they kept the summer tires on. They're dead wrong.

There's nothing like a good old hands-on test to solve this matter: the guys from Tyre Reviews got two identical xDrive BMW X1s and fitted them with winter and summer tires to see how they would perform in the snow.

The first test was to see which car would accelerate faster from 0 to 50 km/h (31 mph) and stop sooner when full brakes were applied. The second one was a simple braking test from 50 km/h (31 mph) to a  standstill. The 20+ meter difference in stopping distance is staggering, and if this doesn't convince you, nothing will. A mere meter of additional braking distance can make the difference between life and death.

The same applies when climbing a 10% incline hill, rolling down the same hill and braking, emergency maneuvers and so on. Even putting winter tires on a 2WD car and comparing it with the 4WD shows it behaves much, much better in winter conditions.

The bottom line? Stop paying more for SUVs, buy yourself decent winter tires and you'll be just fine, regardless of the weather outside. And if you still think it's OK to keep summer tires during the winter because it seldomly snows where you live, think again: even on dry surfaces, stopping distances for summer tires are much longer than for winter tires when outside temperature drops under 5 degrees Celsius (41 degrees Fahrenheit).

Stay safe and buy those winter tires, will you? 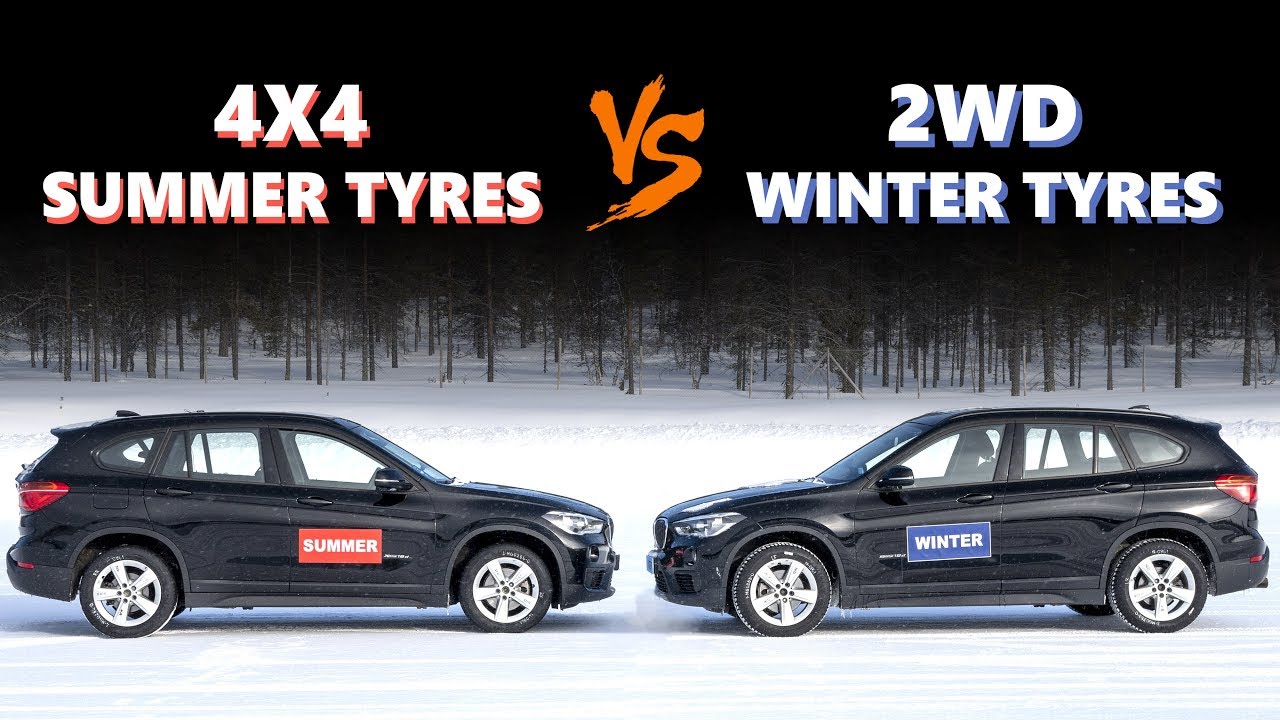 READ MORE: Are the snowflake-marked all-season tires any good in the snow?