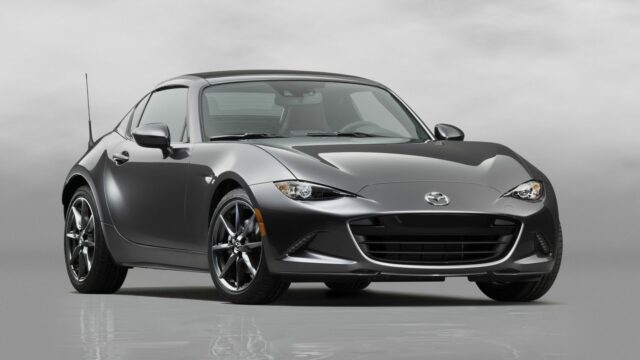 U.S. buyers rushed to get one of the 1,000 available units

More than 500 special edition Retractable Fastbacks went to loyal Mazda customers who put down deposits in the first week after pre-ordering started on September 26.

When ordering opened to the general public on October 3, the remaining cars sold out in just 13 hours. Interestingly but not surprisingly, 67 percent of all Mazda MX-5 Miata RF Launch Edition customers opted for manual transmissions.

Mazda began production of the MX-5 RF last week in Japan, with orders placed this week for the U.S. MX-5 RF Launch Edition. Deliveries to customers will begin in early 2017.

If you missed the MX-5 Miata RF Launch Edition, you could still get yourself a standard-production Retractable Fastback model. Priced from $31,555, the 2017 Mazda MX-5 Miata RF will arrive in dealerships in early 2017 in performance-oriented Club and tech-laden Grand Touring trims.