The Day I Fell in Love with Giulia

In most cultures, the four-leaf clover is the symbol of luck, but applied to an Alfa Romeo it becomes a warning sign

Ever since I first saw the Alfa Romeo Giulia in the metal at the 2016 Geneva Motor Show, I kept my fingers crossed and wished it would drive like Alfas used to.

I wanted it to be so good that it would erase bad memories from Alfisti's minds — particularly from the last decade in which the legendary Italian brand has been a shadow of its former self. I am very glad to realize that my wish came true: yes, the Giulia is the first Alfa Romeo in many years that I fancy owning — and no, the limited-edition 8C Competizione doesn't count. I'm saying this after driving the Giulia Quadrifoglio and the Giulia Super diesel version on the track for two laps and four laps, respectively.

Is that enough for a comprehensive review? Obviously not, but the little time I spent behind the wheel made me optimistic about Alfa's return to greatness. I first got behind the wheel of the diesel-powered Giulia and didn't get out disappointed. You see, even the 180 PS (178 hp) oil burner feels right on the circuit. The car is beautifully balanced and quick to change course, which should not be surprising because it's rear-wheel drive and has light steering — maybe a bit too light if you ask me. While body roll is present, the diesel-powered Giulia never feels out of its element on the track — you can genuinely have fun in it. The diesel engine offers decent pace, and the smooth eight-speed automatic transmission (optional) helps you exploit the torque wave really well. It feels similar to a 3 Series sedan to drive, although it's not as sharp. Hop in the Giulia Quadrifoglio and things change dramatically. Not only you sit lower and are tightly embraced by the bucket seats, but it feels like an entirely different beast. The chassis quickly responds to your every input and everything feels sharper: the steering, the dampers, the brakes, the engine. You certainly feel the almost perfect 50/50 weight distribution going through turns. Firing up the 2.9-liter twin-turbo V6 is like poking a bear with a stick to wake it up — you know you're in for a showdown. Once you go higher than 2,500 rpm and the full 600 Nm (442 lb-ft) of torque starts flooding the tarmac, you get the feeling the Ferrari-tuned engine is trying to kill you. Because the track was damp, we weren't allowed to put the manettino-like dial in Race mode to turn off all driving assistance systems. However, I reckon the rear tires would skid even in third and fourth gear under heavy acceleration. The six-speed manual transmission allows more involvement than the eight-speed auto, but it feels rather imprecise when you have to make quick downshifts — I never quite managed to make a smooth transition from third to second, for example, but maybe it takes more than two laps to get the hang of it. And that sound… oh my God! I'm quite sure it can raise the dead. It sends shivers down your spine and becomes addictive. So much so that it's my ring tone now. 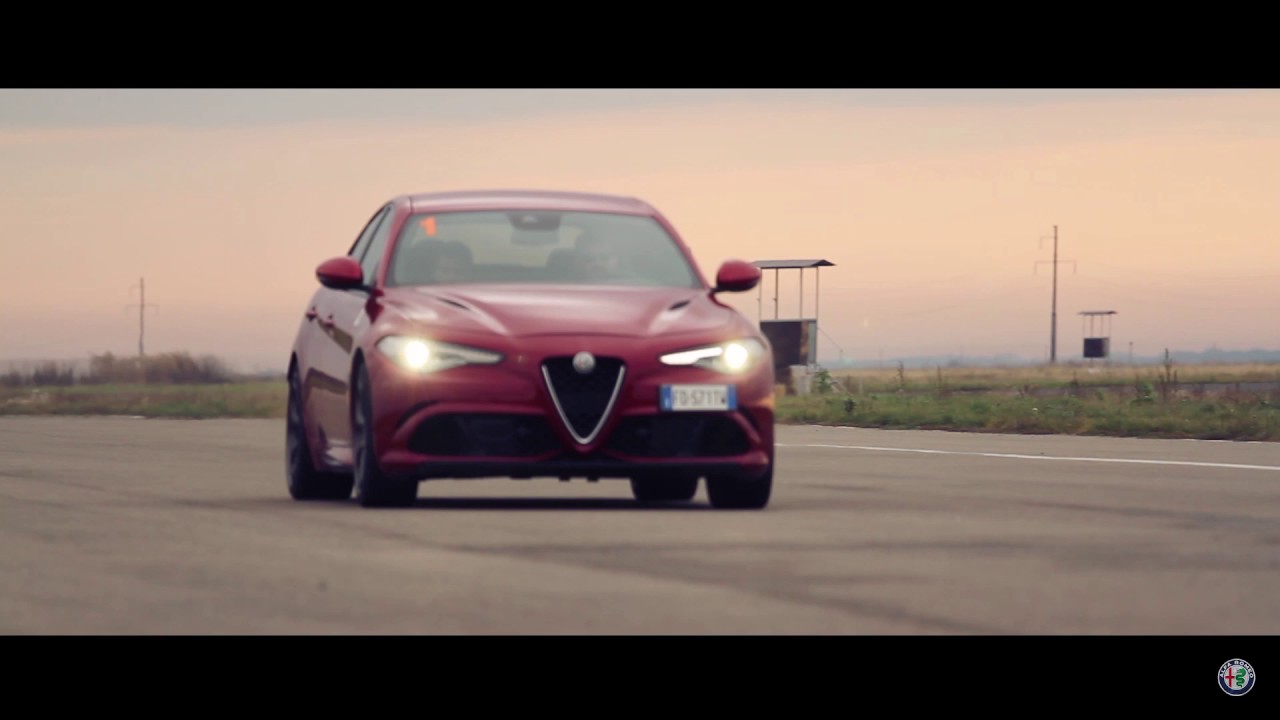