The evolution of the iconic Chevrolet Corvette

A rich history that spans more than six decades

The Chevrolet Corvette is, undoubtedly, one of the most powerful names in the automotive world, with a history spanning more than six decades.

From the very beginning, the Corvette was meant to be an icon, it was developed as the most powerful and most advanced Chevrolet car, a status that it has kept through the ages.

The first generation Corvette, known as the C1, was an elegant convertible, powered by a six-cylinder engine developing 150 hp. When it was launched, back in 1953, it made quite an impression. It had independent front suspension and automatic transmission. In the next decade, the C1 went through a series of changes and upgrades that only made it more desirable. 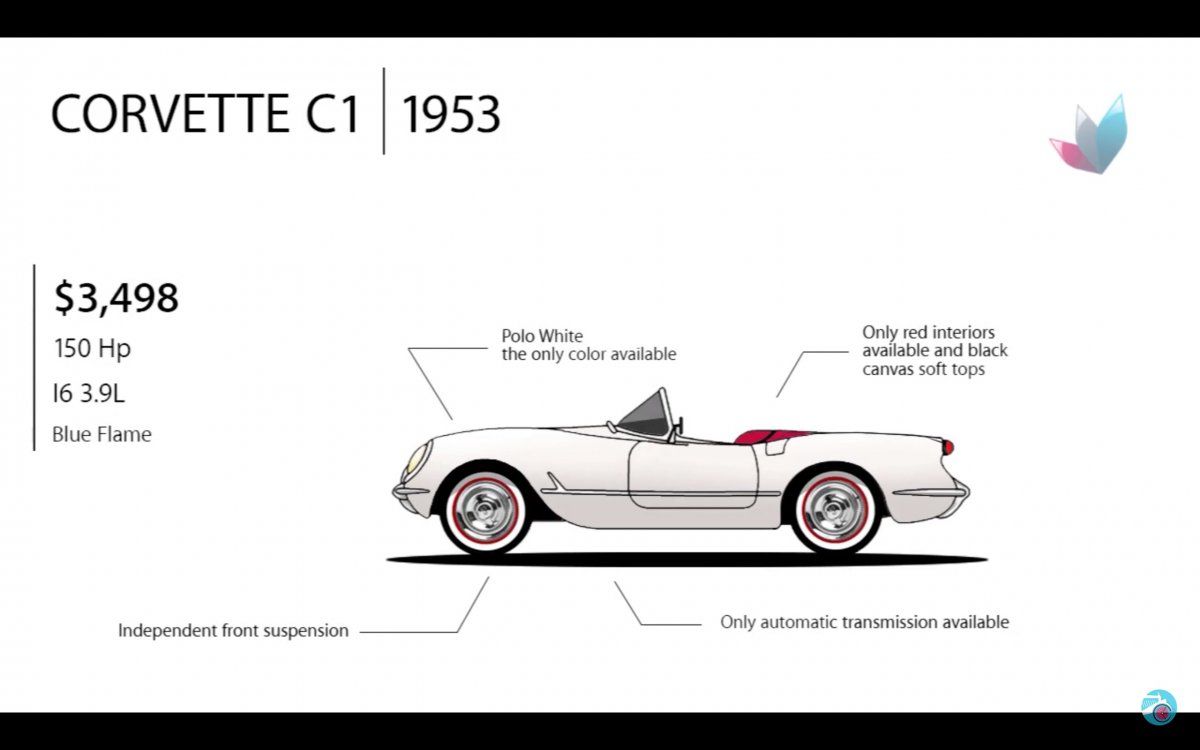 If you love Corvettes, you will love our story on restomodding

1963 saw the launch of the famous second-generation Corvette, the Sting Ray, with its unmistakable design. The Corvette was fitted with a more powerful V8 engine with 360 hp, independent rear suspension and hidden headlamps, which were all the rage at that time. It wasn't cheap, but everybody wanted one. 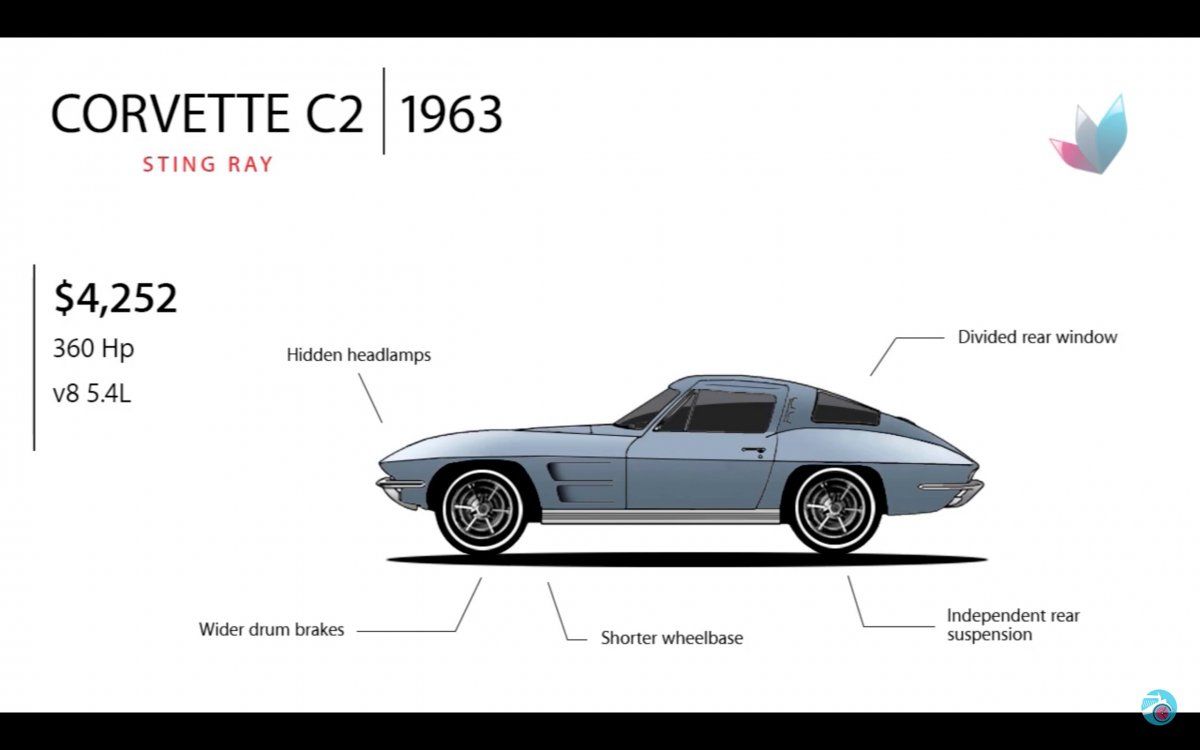 The Oil Crisis that defined a generation

The Corvette C3 came in seven years later and provided an upgrade not only in styling but also in technology. For the first time, there was a limited slip differential called Positraction that came as standard. A very good piece of kit for a rear-wheel drive car powered by a big-block 7.4 liter V8 with 450 hp. We recently saw the Drifting Queen of Europe in action behind the wheel of her bright red C3. 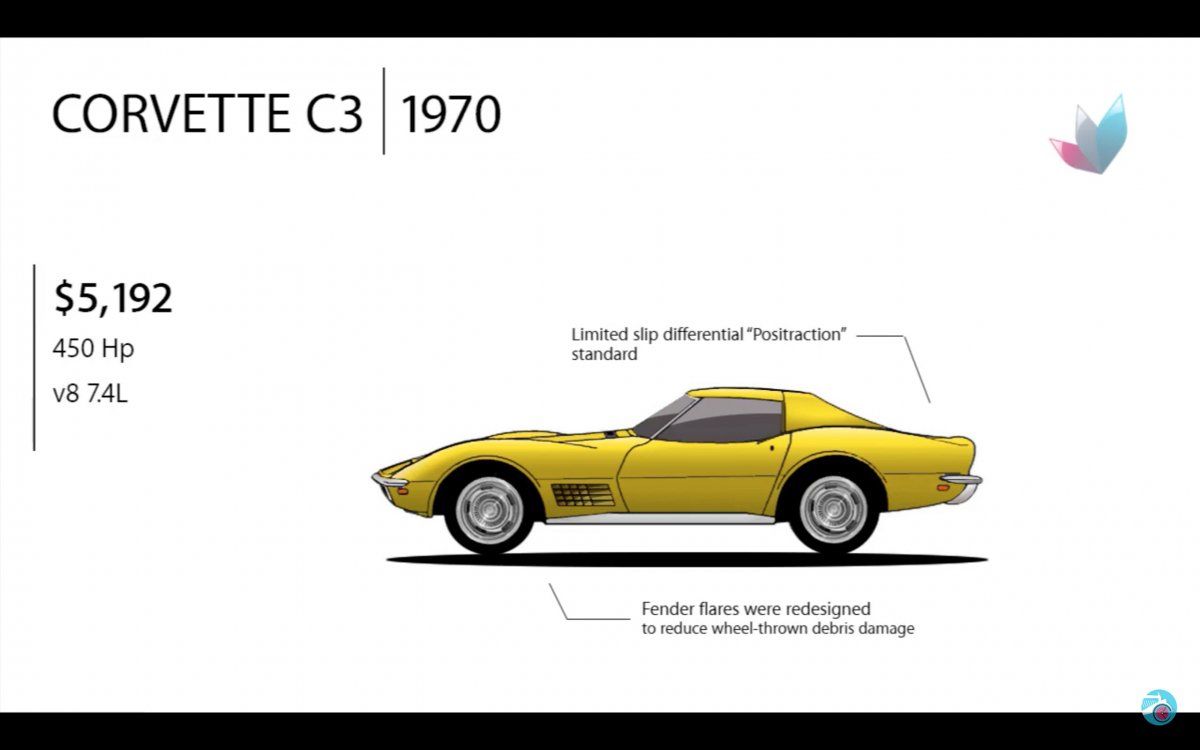 The Oil Crisis in 1973 brought with it problems for the Corvette. Smaller, more fuel-efficient engines, were introduced. The 1980 model was supposed to make due with a 230 hp V8, a significant downgrade from the 1970 car. No new generation was launched until 1984, although there were some styling upgrades. 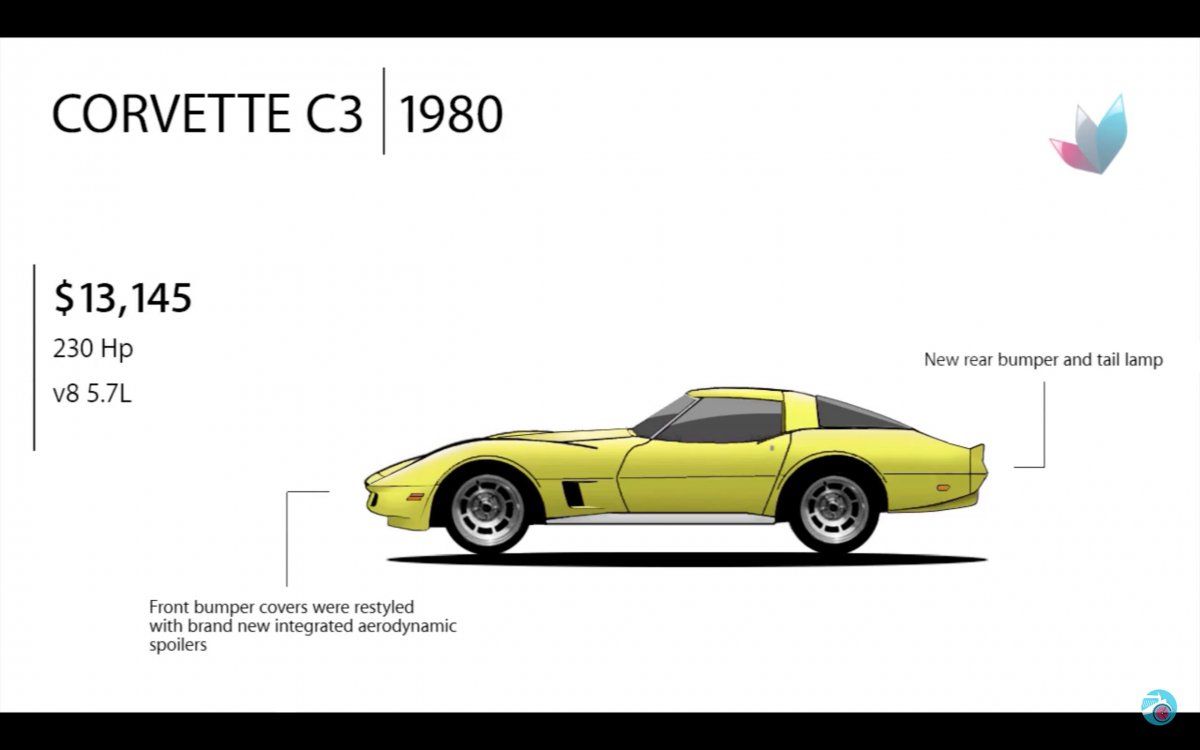 1984 saw the launch of the Corvette C4, which featured a more boxy design that was somehow still attractive. The 5.7 liter V8 had even less power than the version launched in 1980. An obvious sign that the effects of the Oil Crisis were not completely erased. 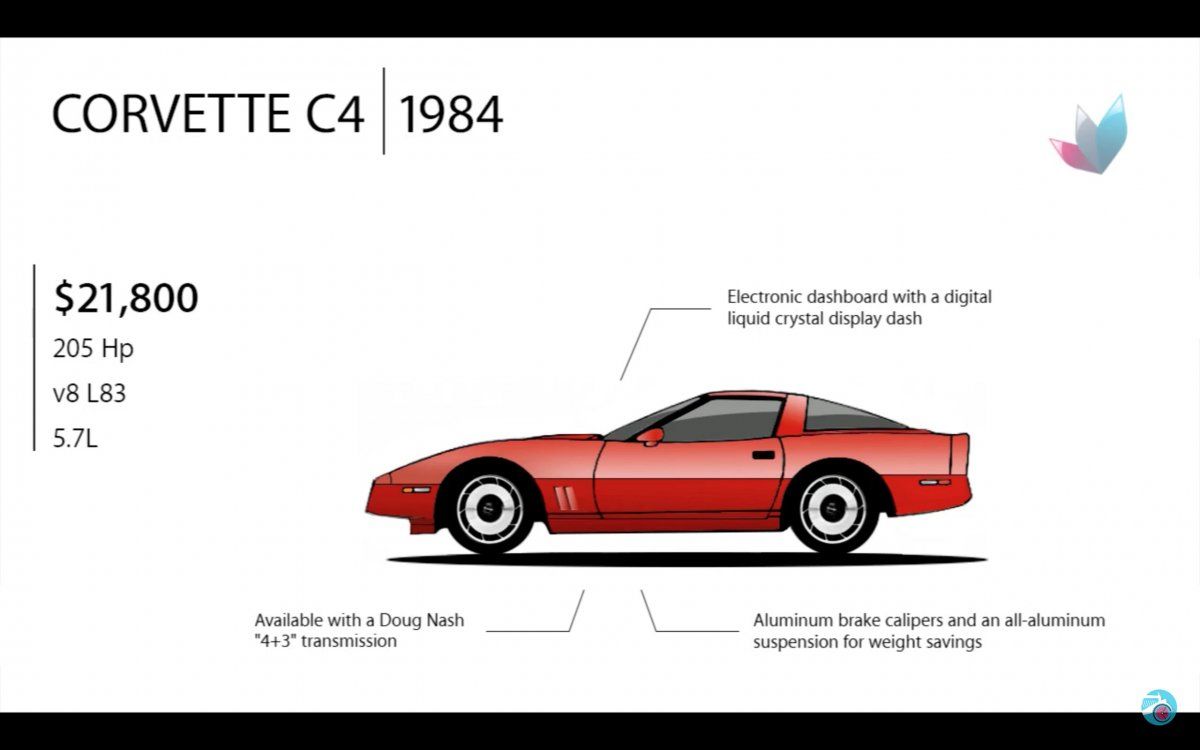 It all changed in 1997 with the Corvette C5. A new design and a much more powerful V8 were the main features of this generation, which also boasted 50-50 weight distribution thanks to, in part, a read mounted transmission. The 2005 C6 Corvette improved on its predecessor's recipe. The engine produced 400 hp and was the first model since the Sting Ray to feature exposed headlamps. 2014 saw the launch of the C7 generation that came with a lot of advanced tech such as direct fuel injection, variable valve timing, active fuel management, as well as a 7-speed automatic transmission. Also, the C7 uses Aerogel, a material developed by NASA to keep heat from the transmission tunnel from transferring into the cabin.

Also, make sure you check out the history of the Mustang. 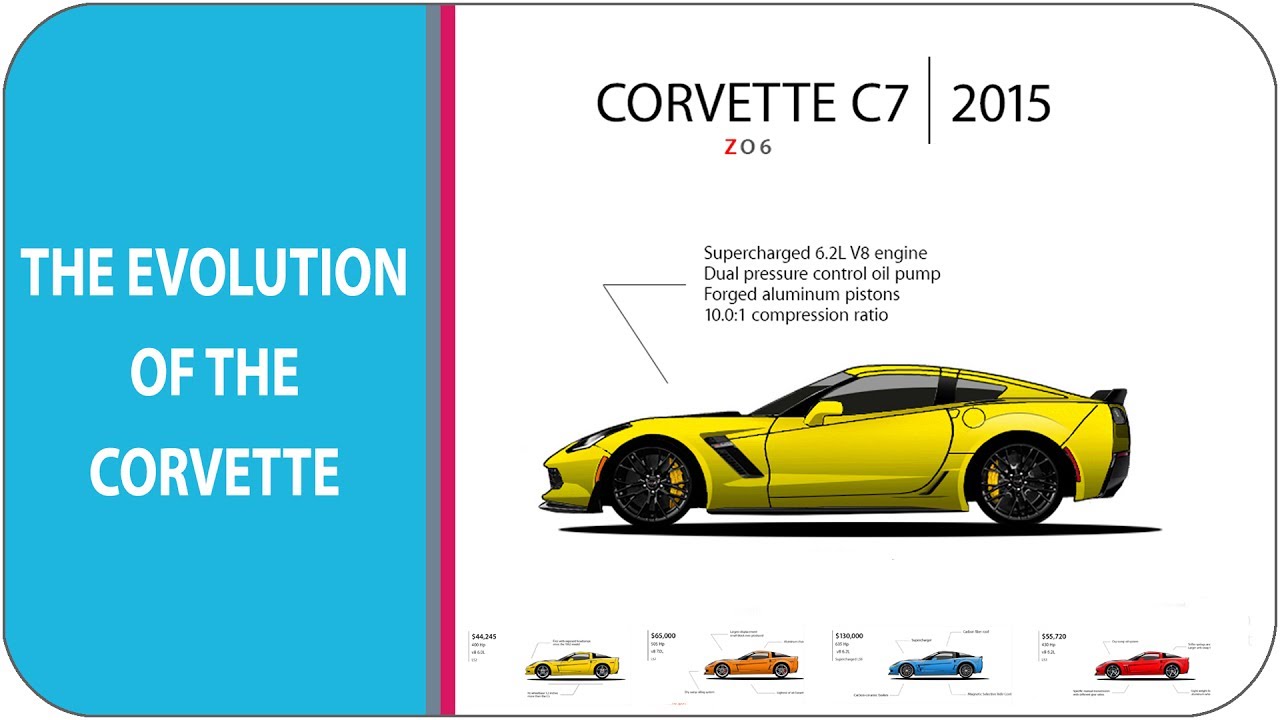