The first-ever SUV from Aston Martin is here: meet the new DBX

The culmination of an extensive development programme that began with physical testing in Wales last year and virtual development stretching back to 2015, DBX signals a new era in Aston Martin’s pursuit to deliver performance, style and usability in a segment previously unexplored by the British manufacturer. Aston Martin Lagonda President & Group CEO, Dr. Andy Palmer said: “I can’t emphasise enough how incredibly exciting and significant DBX is for Aston Martin. Through its development alone, this beautiful SUV has already taken the company into new territories and in inspiring directions. DBX also marks a key moment in the delivery of the third and final phase of our Second Century Plan, not only representing the promised expansion of our portfolio but also signalling the start of production at Aston Martin’s second manufacturing plant. We have both delivered this model through our expertise, but also by garnering invaluable experience and knowledge from external counsel, including our Female Advisory Board. This is a real landmark for this great British brand and I promise that DBX will reward all who experience it in their everyday lives.” Set to be built in Aston Martin’s purpose-built manufacturing facility in St Athan, Wales, the foundation of DBX is a new dedicated SUV platform.

Utilising bonded aluminium, a construction method Aston Martin has refined through the development of its sports cars, the body structure is both very light and stiff, assisting in the delivery of an overall kerbweight of 2,245kg. Right from its genesis, it was designed to allow maximum room in the cabin, putting a premium on refinement and space for both front and rear occupants. Adaptive triple volume air suspension has been combined with the latest 48v electric anti-roll control system (eARC) and electronic adaptive dampers to provide the new SUV ability do deal with any kind of road.

With its capacity to raise the ride height by 45mm or lower it by 50mm the air suspension gives any driver the confidence to tackle a wide range of terrain. Power is provided by a new version of the 4-litre, twin-turbocharged V8 engine found in DB11 and Vantage delivering 550 hp and 700 Nm. Sound is unquestionably Aston Martin, provided by an active exhaust system.

The engine features cylinder deactivation to enhance fuel economy, yet it can also propel DBX from 0 to 62mph in 4.5 seconds and on to a top speed of 181mph. Transmitting this power and torque to the ground is a nine-speed torque convertor automatic gearbox, allied to an all-wheel drive system with active differentials featuring an active central differential and an electronic rear limited slip differential (eDiff). 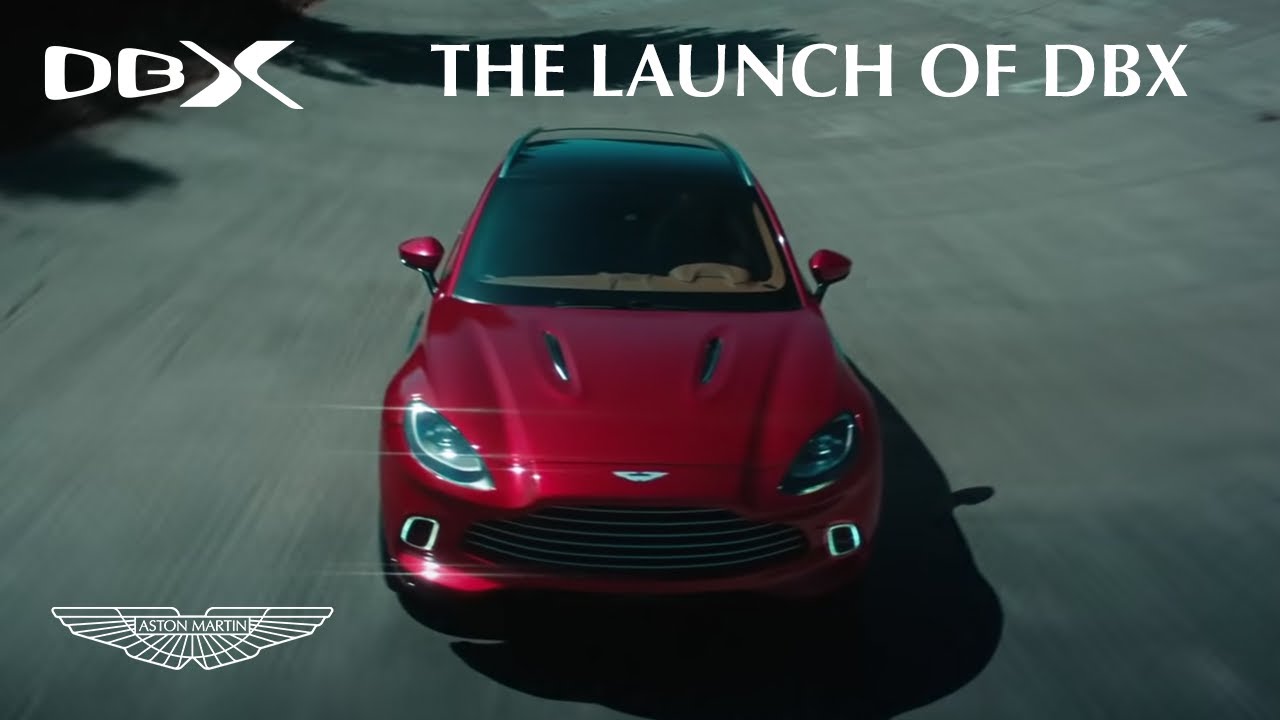