The M3 Amphibious Rig Might Just Be the Coolest Buoyant Vehicle

When it comes to vehicles build with purpose, the military-grade equipment is one of the most fantastic areas to look at. Take this M3 Amphibious Rig, for example.

It’s a 26-tonne Amphibious Bridging Vehicle, developed in Germany. On a push of a button (it may be more, but that doesn't matter), the M3 plays the transformer game and turns itself into a pontoon. And, despite its beefiness, it is impressively maneuverable, as Chris Barrie will show you in the clip below.

Using a 400 hp diesel engine, the M3 can move on land with speeds up to 80 km/h (50 mph), its maximum velocity on water being of 14 km/h (9 mph). It doesn’t do anything much more than floating and enwidening, but these two jobs are done properly.

The M3 AR features a set of 4 ramps for connecting one vehicle to another in such way it can form a floating bridge, strong enough to bear 70+ ton tanks.

As shown in the clip, in less than 10 minutes eight M3s can connect two banks of a river, covering up to 100 meters of water gap. Depending on the situation, two M3s can create a pontoon capable of carrying 70 tons of military tank over wider gaps. Three M3s can take two tanks and so on.

Time to see it at work. 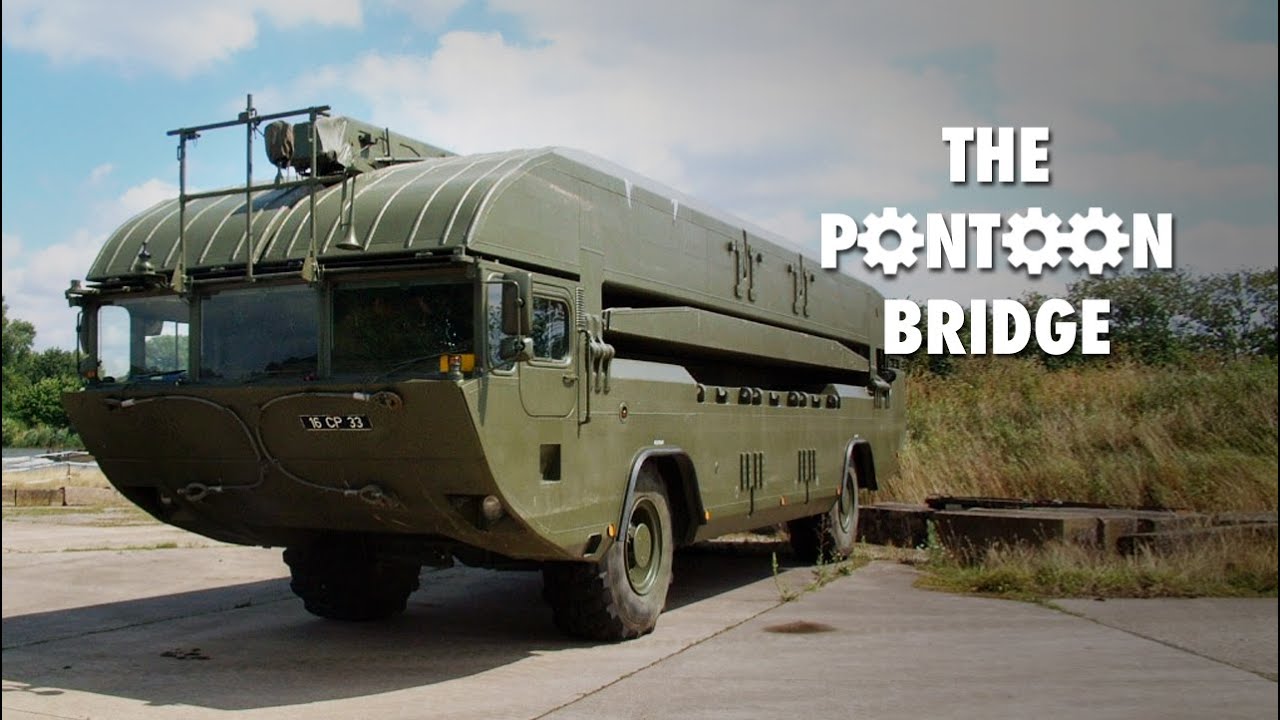