The future Mini Cooper SE can tow a Boeing 777

The first full-electric Mini will soon join the range of the British premium brand.

In order to demonstrate the abilities of the future Mini Cooper SE, the brand has organised an unconventional test. A close-to-series prototype of the new model demonstrated just what electromobility is capable of setting in motion. The Mini Cooper SE slipped straight into the role of an aircraft tug, setting off to the loading point towing a Boeing 777F freight aircraft with an unladen weight of some 150 tons.

The unusual hook-up was filmed in a video clip. Created collaboratively by the BMW Group and Lufthansa Cargo, the 45-second commercial shows the MINI Cooper SE as a “muscle car” pulling the significantly larger and heavier transport aircraft across the airfield. The clip marks the start of a number of social media videos portraying the Mini Cooper SE in an exciting and entertaining manner. The Mini Cooper SE will go into serial production at the British plant in Oxford as of November 2019. It is based on the Mini 3 door and combines emissions-free driving with the brand's characteristic go-kart feeling and premium quality. 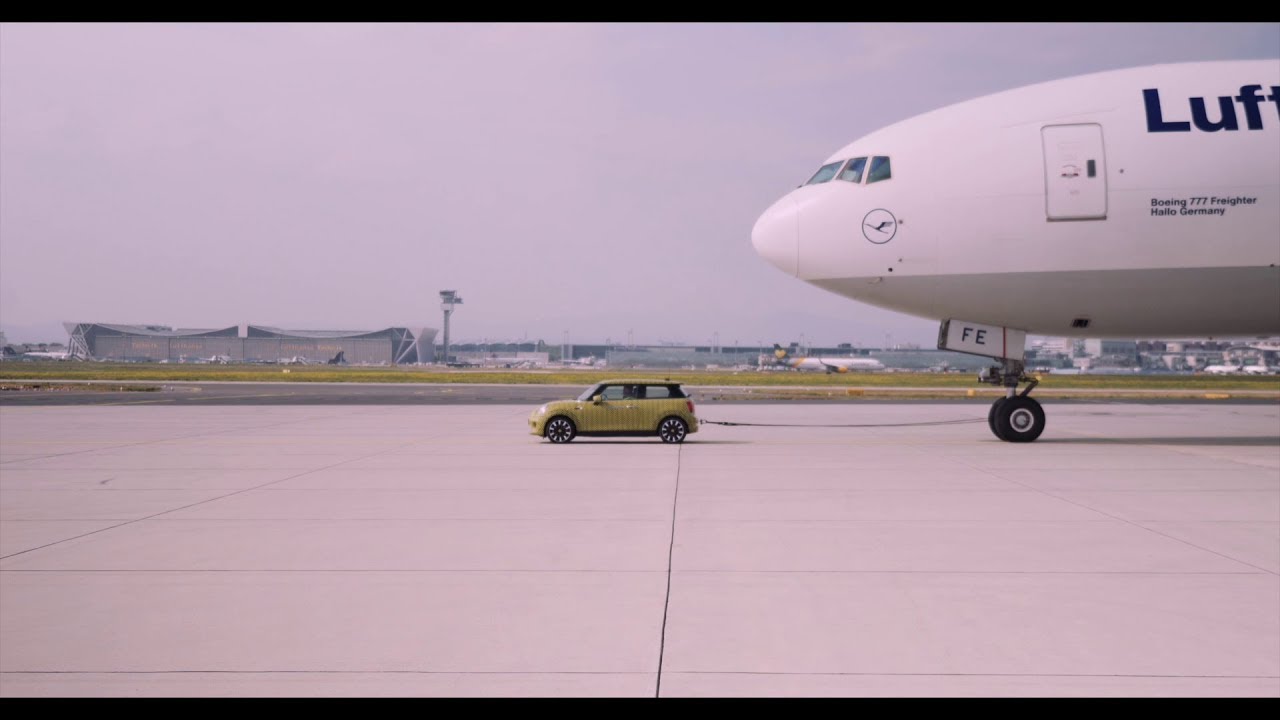 According to unofficial information, the production version of the all-electric Mini will offer a range of 320 km. Mini Cooper SE will use the same 182 hp electric motor that powers the BMW i3S.