Not a glamorous ranking, we know, but your bank manager will be happy

It's not surprising that a highly-competitive car market like the United States offers a fair share of cheap new cars. Besides Detroit's Big Three, many other manufacturers build cars on U.S. soil, with the Japanese, the German, and the Koreans being the most active.

Naturally, U.S.-made cars tend to be cheaper than imported vehicles, so the American buyer has plenty of affordable models to choose from. So if you like your cars cheap, here are the ten lowest-priced new vehicles you can buy in the United States in 2017.

Please note that you can also get some discounts on some models, depending on how close they are to being replaced, so you can save even more money when buying a new car on a budget. 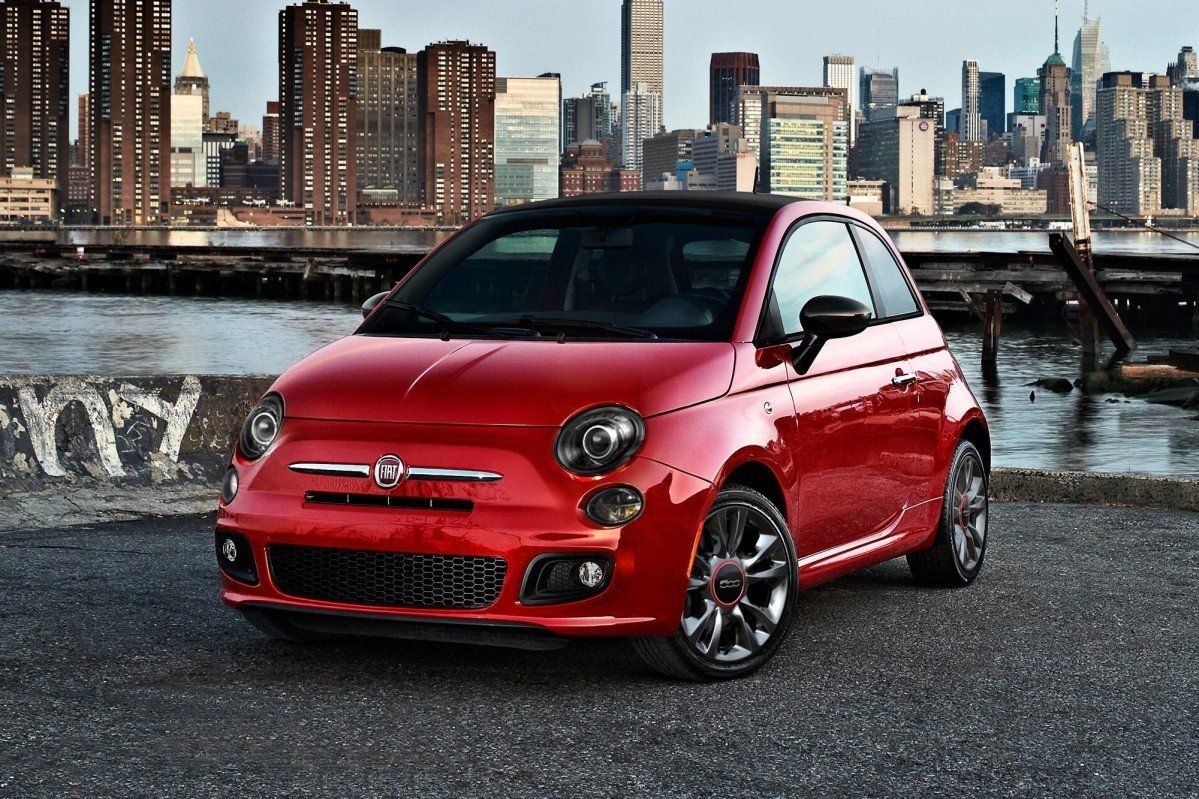 One of the most popular city cars in Europe, the tiny Fiat 500 has yet to make a strong name for itself in North America. Launched in 2014 in the United States, the retro-styled Fiat 500 is on a downward slope as far as sales are concerned, and the pricing reflects that. For $14,995 plus $995 destination, you can get a 2017 Fiat 500 in the base but decently-equipped Pop trim, fitted with a 101-hp 1.4-liter four-cylinder engine and a five-speed manual transmission. It's arguably the most stylish car of our ranking. Think the 139.6-in (3,545-mm) Fiat 500 is small? Then you'll need to change your mindset to consider the 105.6-in (2,682-mm) long Smart Fortwo Coupe. It's the smallest car you can buy in the United States and one that only makes sense in overcrowded cities where parking places are in short supply. $14,650 plus $925 destination will get you a 2017 Smart Fortwo Coupe in Pure trim, powered by an 89-hp 0.9-liter turbocharged three-cylinder engine linked to a standard five-speed manual. The subcompact sedan is Hyundai's most affordable vehicle on sale in the United States. That doesn't mean it's a bad car but the 2017 model year is the last of the fourth-generation Accent — an all-new one follows for 2018. That means you can get one for even less than the $14,745 sticker price (plus $885 destination) — which already ranks it amongst the cheapest (and roomiest) subcompact sedans. The base 2017 Hyundai Accent SE Sedan is powered by a 138-hp 1.6-liter four-cylinder engine mated to a six-speed manual transmission. You also get peace of mind thanks to the 10-year/100,000-mile powertrain warranty. Mechanically-related to the Hyundai Accent, the third-generation Kia Rio is also in its final model year, as an all-new Rio will replace it for 2018. That explains the similar pricing to the Accent: a 2017 Kia Rio Sedan in entry-level LX trim starts at $14,165 plus $895 destination. You can get it for even less if you use your haggling skills. The well-equipped Korean subcompact offers the same standard powertrain as the Accent, namely a 138-hp 1.6-liter four-cylinder engine linked to a six-speed manual transmission. Choosing one of these two models is made easy by the Rio's $300 price advantage. As we go further down the price ladder, things may start to get ugly. Literally. Enter the Mitsubishi Mirage G4, which is the sedan version of the Mirage hatchback (a.k.a. the Space Star in Europe). Unfortunately, styling is not among the Mirage G4's assets, and neither is value for money. Even though a 2017 Mirage G4 in base ES trim starts at $13,995 plus $865 destination, there's little to recommend about this car. The feeble 77-hp 1.2-liter three-cylinder mated to an optional CVT is a match made in hell, because you'll hear the unpleasant sound the engine makes at high rpm all the time. So stick with the standard five-speed manual. The Mirage G4 gives the impression of a cheap car, and the relatively spartan standard equipment adds to that feeling. One of the few upsides is the 10-year/100,000-mile powertrain warranty. You may have noticed we haven't used the words "fun to drive" so far, but the Euro-developed Fiesta forces us to. It delivers sweet handling capabilities thanks to a superb chassis designed to take much more punishment than the standard 120-hp 1.6-liter four-cylinder engine can bring. The standard manual transmission is more fun than the optional dual-clutch PowerShift, despite having just five speeds (compared to six on the automatic). The Fiesta is also a good-looking car, and even the base S trim that starts at $13,960 plus $875 destination offers decent equipment. Great value for money, then. If you like the Fiesta hatch but want a larger trunk, the 2017 Ford Fiesta Sedan is your answer. You don't lose the fun driving characteristics of the hatchback, but you do lose something looks-wise. You can tell the sedan body style of the Fiesta was an afterthought and not something thoroughly planned. Still, some subcompact sedans fare even worse when it comes to styling, and you can find a couple of them on this list. In the Fiesta Sedan's defense, we must say it's $300 cheaper ($13,660 plus $875 destination) than the hatch, despite the fact that it has the same powertrain and standard equipment.

Back to the city car segment with a rather fresh product: the fourth-generation Chevy Spark debuted in 2015 as a 2016 model. A 2017 Spark in entry-level LS trim starts at $13,000 (plus $875 destination), making it the most affordable city car on sale in the United States. The standard powertrain consists of a frugal 98-hp 1.4-liter four-cylinder engine and a five-speed manual transmission (a CVT is optional, but you should stay away from it). Standard equipment covers most bases, but the base LS model lacks power windows. Yes, our list includes two Mitsubishi Mirage models: the dreadful sedan we've talked about earlier and the cheaper (and better looking) hatchback. Both cars share the powertrain, which means the base 2017 Mirage ES is motivated by the 78-hp 1.2-liter three-cylinder engine linked to a five-speed manual transmission. Besides looking better than the sedan, the Mirage hatchback offers better value for money, given that it's roughly a $1,000 cheaper (it starts at $12,995 plus $865 destination). Besides pricing, the good fuel economy, decent ride, and 10-year/100,000-mile powertrain warranty are among the only good things we can say about the Mirage, though. Ladies and gentlemen, we have a winner: it's the 2017 Nissan Versa Sedan. Unlike its hatchback sibling, it's not the most attractive car on this list (or on any other list, for that matter). Still, one cannot ignore it's the most affordable new car sold in the United States — it starts at $11,990 (plus $885 destination) in the base S trim. While the low price is definitely its strongest selling point, the truth is the Versa Sedan has some substance too. For starters, it's well-equipped for its price range: you get standard air conditioning, a four-speaker audio system with Bluetooth connectivity, and a tire pressure monitoring system, among other things. It's economical too, thanks to the 109-hp 1.6-liter four-cylinder engine mated to a five-speed manual transmission. It's also roomy, both in the passenger and in the cargo compartments. Just don't expect any thrills behind the wheel or getting noticed while driving it.

So these are the most affordable new cars on sale in the U.S. right now. If you're not sure buying a new car makes sense, check out our ten reasons why buying used is a good idea.