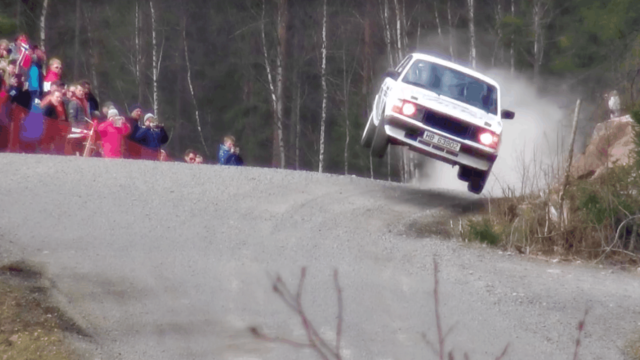 The secret of a pants-crapping execution: don’t let the gas

In the first super special stage of 2017 Hurumsprinten race, rally driver Steffen Bjerknes and his co-pilot Gjermund Lien Dahl offered us an involuntary amazing execution of a jump over a blind crest followed by a left-hander. Naturally, what a human being would do here is adapt the speed (by braking) before the jump, as the landing is would not happen on all fours, so it's quite tricky to nail this while keeping the throttle matted. Yet.

Unfortunately, we don't understand what they're saying, but the expression on their faces mostly speak for themselves. Also, seeing a tank of a Volvo 242 catching so much air is nothing but mesmerizing. Whoa!