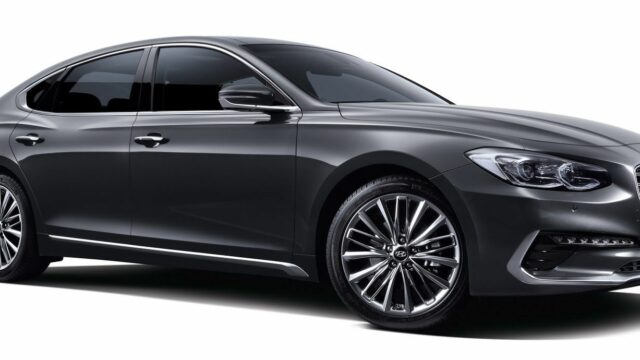 It has curves, creases and a generally very svelte appearance

Hyundai has officially lifted the digital veil off its all-new Azera (or Grandeur in certain markets), a sedan that slots in between the Sonata and premium Genesis vehicles. Now in its sixth generation, the sedan adds more drama to its design, but that’s all we know thus far; Hyundai’s accompanying press blurb for these first shots doesn’t mention anything else.

It says “the exterior of the All-new Azera forms an elegant and dynamic silhouette, with the slim, horizontal headlamps and a grille positioned low down to visually lower the center of gravity and to enhance the car’s powerful stance. Precise yet rhythmical character lines are present from the front hood all the way through to the sophisticated, sensuous curvature of the rear fenders, with the distinctive rear light signature honoring traditional Azera design cues.”

We can’t argue with them on that, as this is one pleasant looking sedan, and if the quality and driving dynamics are anything like rest of the newer crop of Hyundais, then it should be a well rounded package.

The car launches next week in its native Korea.