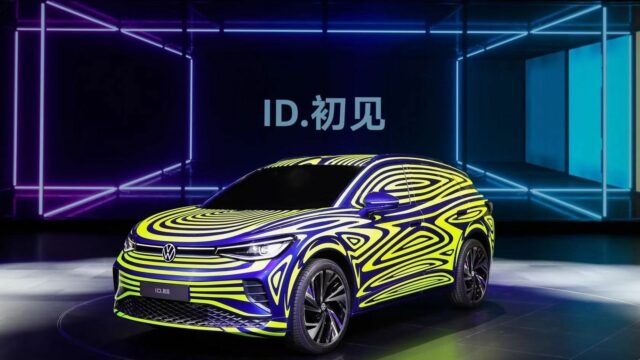 Showcased at a Volkswagen brand event in China

Next year, about 300,000 electrified models will be delivered to customers on Asian markets. The figure will reach about one million by 2025. By 2023, the Volkswagen brand will offer 10 models based on the MEB modular electric drive toolkit on the Chinese market.

In Guangzhou, the SUV study ID.Next (read ID.4), already on show at the IAA, gave a glimpse of the first model in the ID. family for China. Production of this model is to start at the end of 2020. The ID.3 will be produced by SAIC Volkswagen at the new plant in Anting.

The disguised ID.4 was the star of the show in China. It is similar with the already launched ID.3, but is slightly larger and has SUV design cues.

It seems to retain a lot of the exterior features seen on the ID Crozz concept car shown more than two years ago. The interior of the new VW ID.4 will offer space similar to the Tiguan Allspace. If we take the dimensions of the ID Crozz as a reference, the new ID.4 will be 4.625 mm long.

The concept used two electric motors, one for each axle, and an 83 kWh battery.