This is what the 2019 Chevrolet Corvette ZR1 sounds like

With all the Chevy Corvette ZR1 video reviews popping up on YouTube, we thought we’d let the car do its own justice in one department that means the world to future owners: sound.

Unlike the Mustang Bullitt that roared on the side of the road in a couple-of-days-old video, the 2019 ZR1 footage happens in motion and under heavy acceleration. And yes, we like what we’re hearing.

Now, we already knew the Vette ZR1 is one loud piece of machinery even with a massive exhaust silencer attached to it, as seen heard in a video took on the Nürburgring. But getting a taste of Chevy’s meanest weapon audio reserve from up close is something else.

Equally impressive are some of the supercar’s specs and performance-related figures that reached the internet in the past weeks. We know the 2019 Chevrolet Corvette ZR1 runs the 0-60 mph (96 km/h) interval in 2.85 seconds and that it got very close to hitting 215 mph (346 km/h) on a test track in Germany. 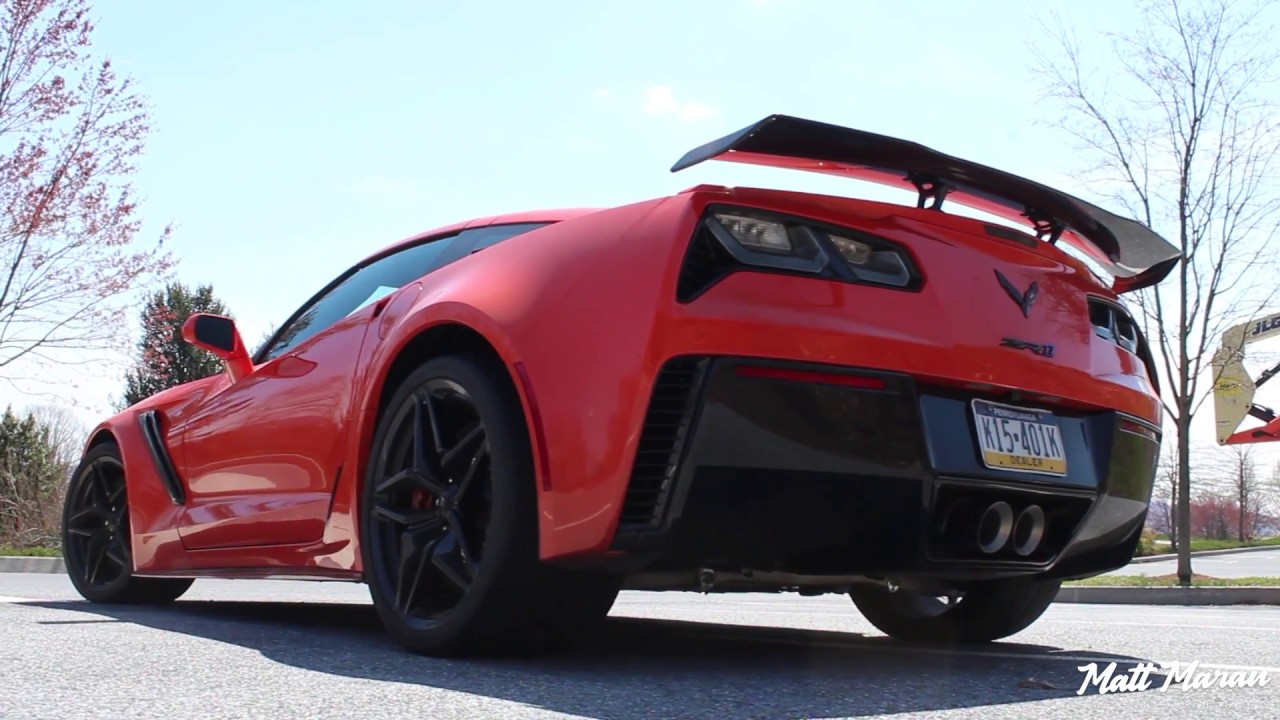