But not necessarily a Model 3. Or a Tesla

Tesla Model 3 was (finally) launched, and the hype surrounding its launch is the kind of magic only Steve Jobs managed to pull. An unfinished product delivered to only 30 (ecstatic) employees, lofty production goals that have a slim chance to be met, a much higher price than initially announced - all these are being swept aside by Musk's fans happy to finally see the central part of The Master Plan. 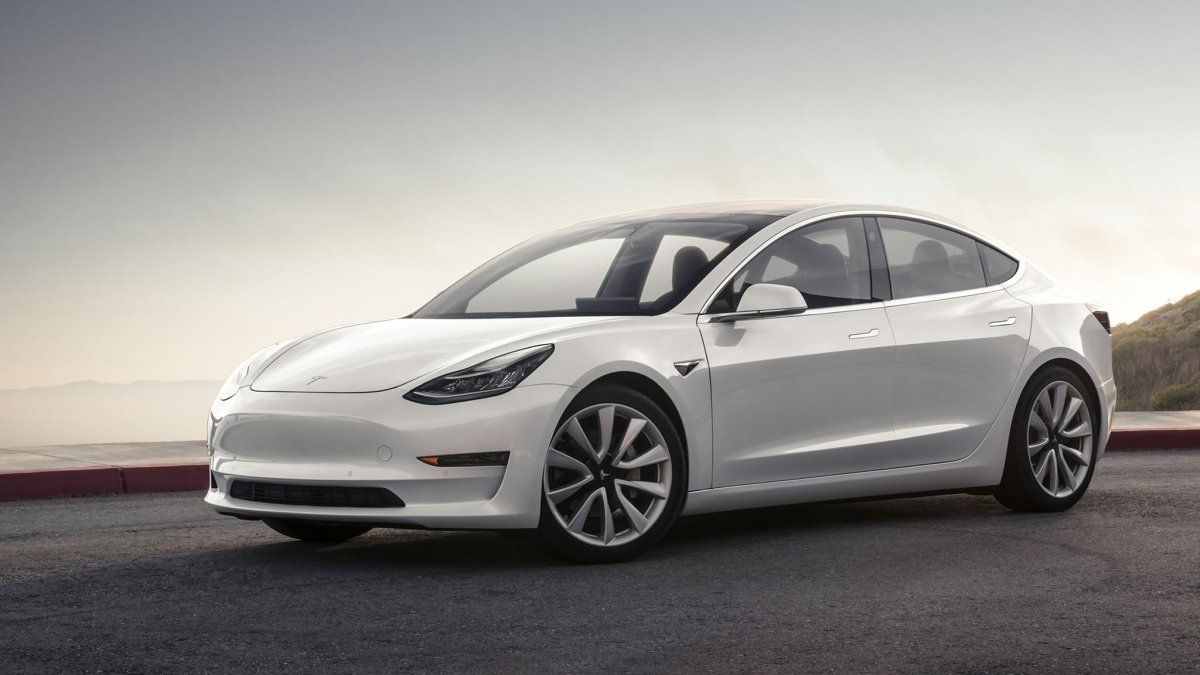 But is Tesla Model 3 the car that will change everything? How could it, at a $44.000 price tag for the more advanced versions, you know, the ones that make you dream? Critics also point at its rather unglamorous interior, at its rather bland exterior looks, and its competition: after all, there are already some cheaper alternatives with impressive range and features, and the near future will be filled with an avalanche of EVs from almost all carmakers.

Is Tesla Model 3 the new iPhone, as some say?

Well, the fact is, Tesla Model 3 is, in many respects, like the iPhone was, compared to other smartphones of its time. Apple didn't invent the smartphone concept. It redefined it. And it struck gold when it developed from scratch an entire ecosystem - so attractive, so well thought of, that millions made the switch from the market leaders to this brand-new way of using the phone.

You see, it's not that the first iPhone was any good for making and receiving calls (it wasn't). Or for business functions (it sucked). Or for listening to high-quality music (nope, it was awful when compared with other offerings). Or regarding its battery life cycle (it was worse than any other smartphone on the market). Heck, it didn't even have a radio or an IR blaster, things that were omnipresent on the era's flagships. In a nutshell, it sucked at being a phone - as mobile phones were defined at the time. Its second generation wasn't good at being a phone either. 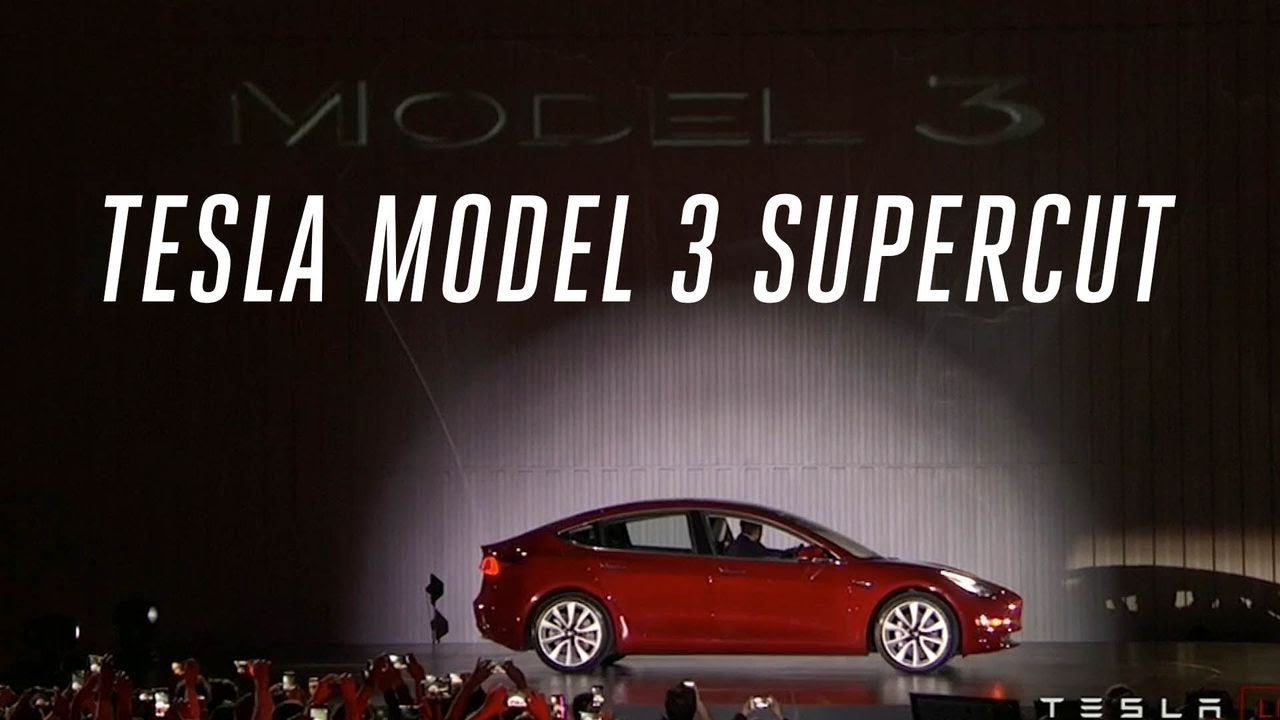 But it was brilliant as an entertainment device. And its dedicated market and ecosystem made it a game changer. It redefined how we use phones, how we think about phones and what we expect from phones. It changed forever the way we communicate, and the way the mobile industry itself modeled and developed in the decade since. Today, it's harder and harder to change the game in the smartphone world, but the iPhone's still going strong until it will be replaced by VR spectacles and digital contact lenses.

So, is the Tesla Model 3 an iPhone for the car world? Well, it depends. For starters, it has very few things a car lover would appreciate, except the 0-60 mph time. For hardcore petrolheads, a Tesla Model 3 is as appealing as a Toyota Corolla. Or a dead rat. 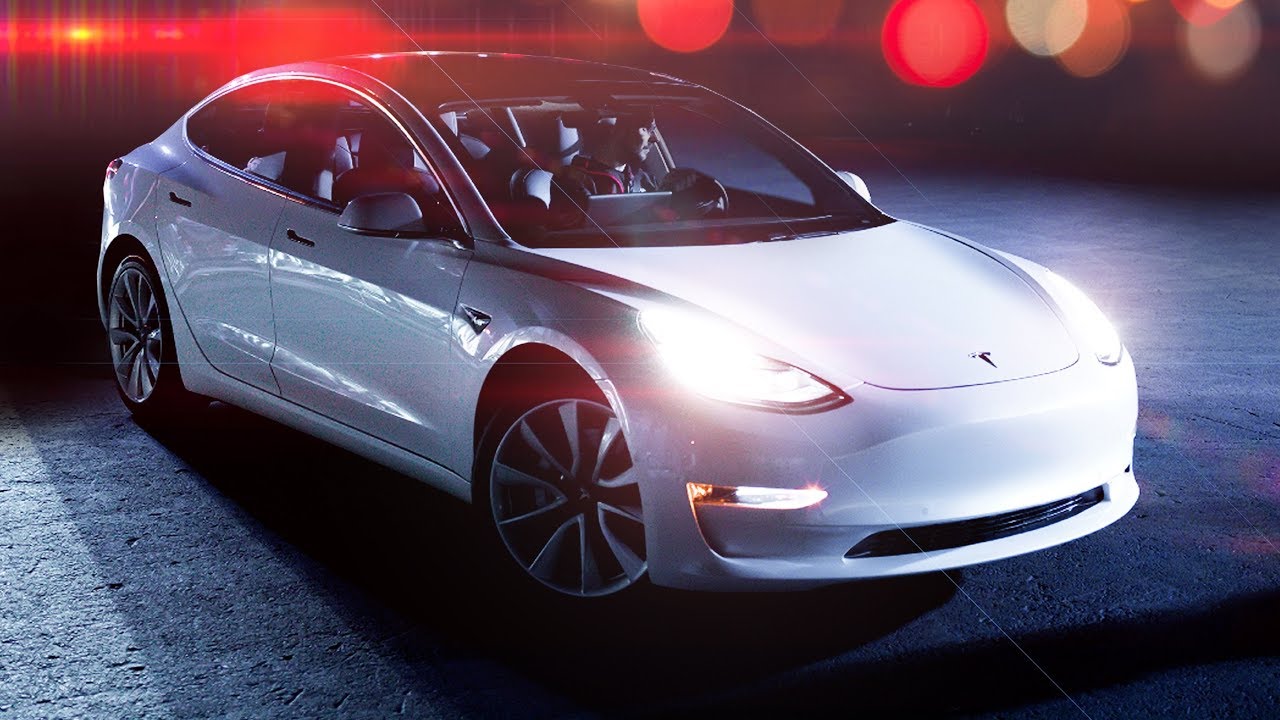 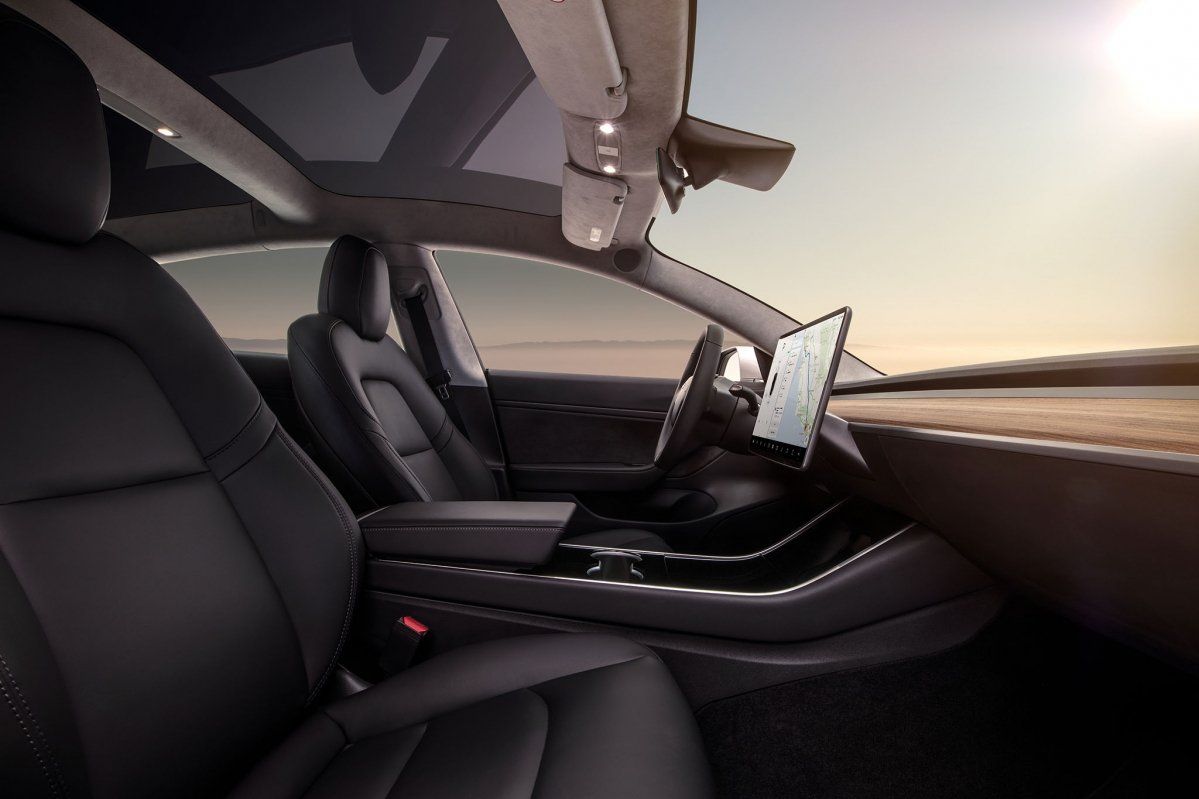 Everywhere you look, you see cars that are better at being what car manufacturers today say a car should be. So, where's the universe we were promised, the one that will make us abandon en masse our old-style cars for this new driving world? The one in which you have not only enough electric range but also full autonomy and a completely different way of driving?

Well, more likely: welcome, but you'll have to wait for it. How much? Between 12 and 18 months - that's the waiting time for the Model 3 (and we're being optimistic here). And then you'll have to wait some more, until Musk delivers the fully autonomous functions, somewhere around 2020. You see, this is the main difference between the Tesla Model 3 and the iPhone. Jobs didn't launch a product you couldn't have for almost two years, he launched an imperfect, but ready-to-use product and took the next couple of years to perfect it. He launched a working ecosystem available from day one and growing exponentially every month. He unleashed creativity at a scale never seen in the history of computing.

The main problem with Musk's strategy is the lack of this ecosystem at the date of launch. A tamed-down version of the Tesla S is neat, but doesn't cut it when you have to choose between interesting cars at this price tag. It doesn't change the game enough to make a difference.

Is the Model 3 destined to be a flop, then?

It depends. It depends on Musk's team capability to implement and develop a production system that can rival the one of BMW (its Leipzig factory churns out i3s and i8s with a brand-new production line that's twice as efficient than a normal one). It depends on how fast Musk will add autonomous functions to his cars, especially on the Model 3. It also depends on how fast he will scale up Tesla's production in order to bring costs down and stop burning through money. 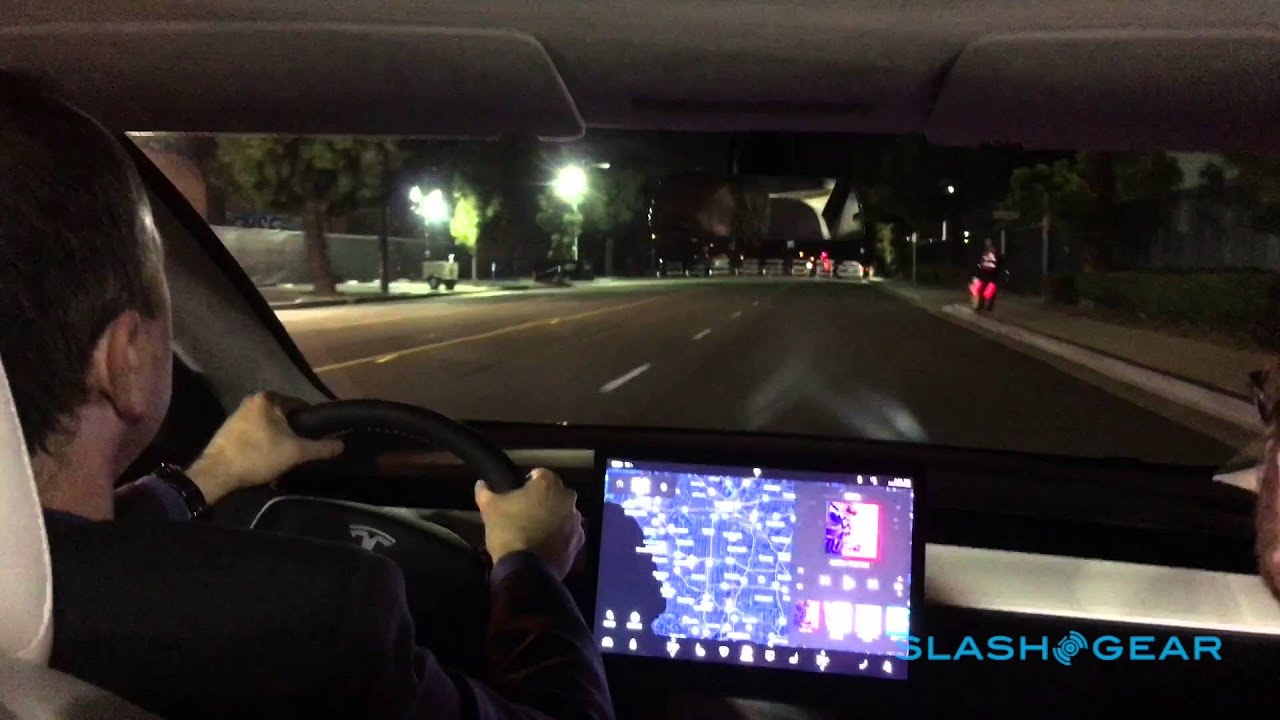 So, yes, Model 3 can be a game changer by itself, but Elon Musk and his team have a lot of "production hell" ahead of themselves. If everything will go according to plan, then yes, in a couple of years we'll look back, scratch our heads and wonder "how could we doubt Musk's vision?"

So, can I ignore the hype about Model 3?

No. Model 3 already is a game changer, no matter if it succeeds or it fails. Why? Well, not only because all major carmakers are now deadly serious to electrify their cars in order to compete at an accessible price level (this creates high expectations from the general public and sets up the scene for a plethora of new EVs from now until 2020, by the way). But because of its highly advanced autonomous functions no other carmaker will dare unleash in the wild until 2021.

Even if Musk and his team don't quite master the car production process yet, they have a sound vision of the future: fully electric and autonomous cars that will be used and shared 24/7, completely transforming the way we travel. And this is where they have a drastic advantage over any of their competitors. Even if the Model 3 ultimately flops, Musk and Tesla already showed that they learn and adapt very fast. And, much like iPhone fanatics, Musk has his own pool of faithful that will be eager to use, test and promote future Tesla products with an energy no other carmaker fanbase has. 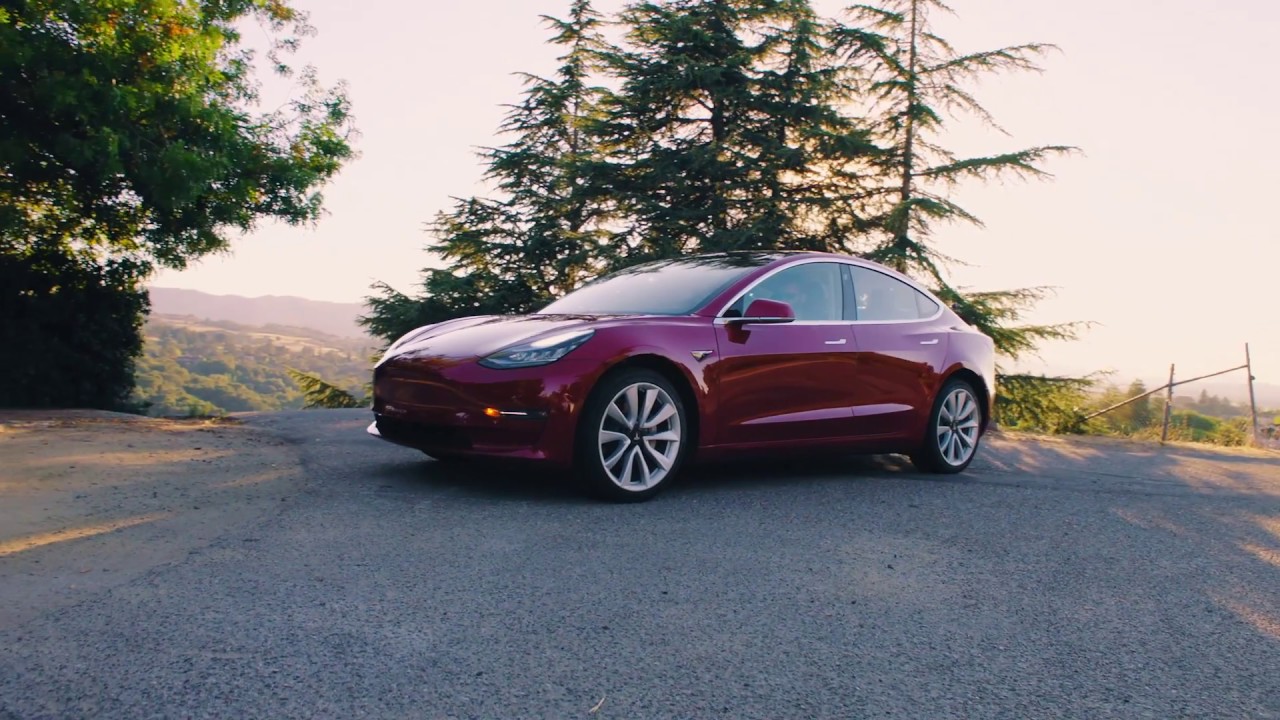 Yes, we can expect that EV sales don't go over 10% of total new car sales in the next five years or so, but the process will accelerate and, at the end of the next decade, we'll have to choose between a hybrid, a plug-in hybrid or a full EV version of the same car. No more petrol or diesel cars, except for the less powerful versions nobody really wants to drive. Most of them will have advanced autonomous functions and level-5 autonomy for all new cars is not a dream for 2027, but more like an easy way to predict reality.

It's more realistic, however, to say that the Model 3 will not be the car that will create a market by itself. And that it will not dominate this market the way Apple dominates the flagship phones market. There are simply too many hurdles for Tesla to mold the market in its image like Apple did. If it manages to do so, it will be nothing short of a miracle. And miracles are pretty rare in the automotive industry. 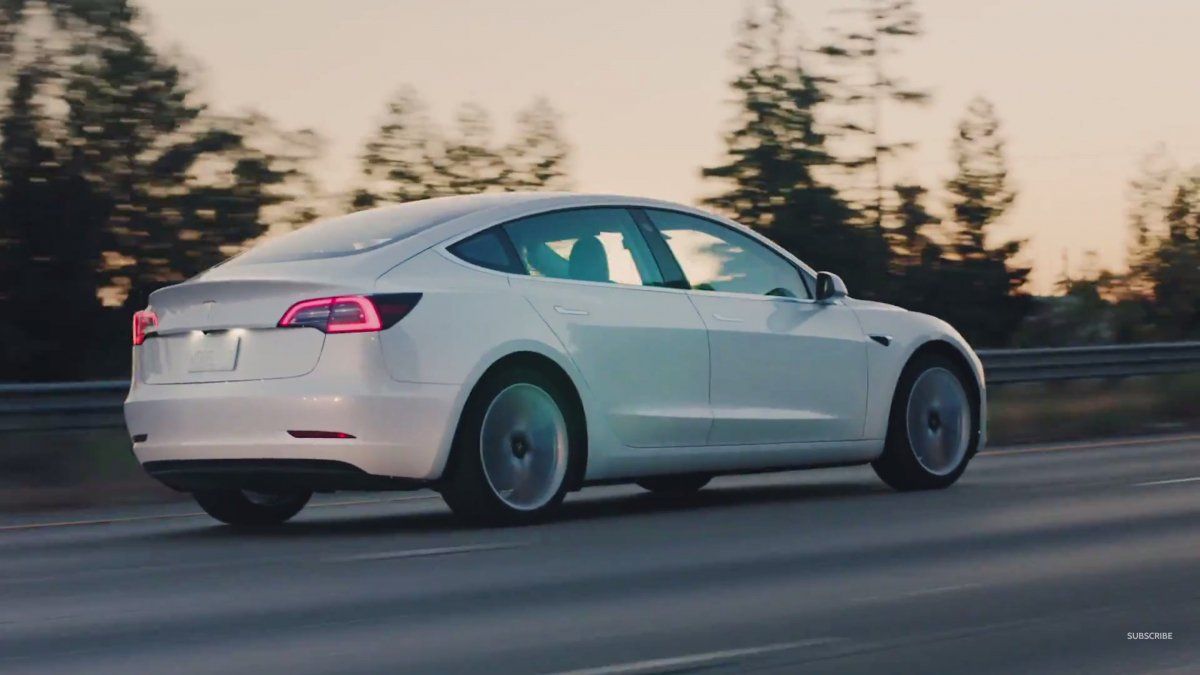 But it will remain in the history of cars like the one that started completely changing the automotive industry as we know it. Not necessarily like the iPhone did, but like the Ford Model T did with the car industry. And this is awesome, as we'll live through this revolution.

And if you wonder about what the future holds for Tesla, read some more about it here: You will be able to take a nap in a Tesla of 2022 while it drives you