It all ended in a crash, obviously

Oh, the Ford RS200! A car that’s an absolute nightmare for your wallet to run. It’s also rare, and expensive to buy as well. The RS200 is probably Ford’s wildest experiment ― and Ford is no stranger to wild experiments. So if you don’t want to see one crashing, look away, because that’s what’s happening here.

At this year’s Goodwood, the loose RS200 guest was a Pikes Peak-specced specimen driven by the professional rallycross driver Liam Doran. Its 1.8-liter straight-four engine was bored out to 2.4 liters, now being responsible a bit more push: 925 horsepower, and 949 Newton-meters (700 pound-feet) of torque.

In this context, a 1.7-second 0-60 mph (96 km/h) sprint seems rather normal. So does the 160 mph top speed. The fierce acceleration could be demonstrated on the straight after the start. The speed part, well, that went well until it resulted in the glass fiber skin being ripped off its body.

With the rear bodywork coming off, the RS200 lost the tools that kept its bum on the ground, and without downforce, there’s no control. 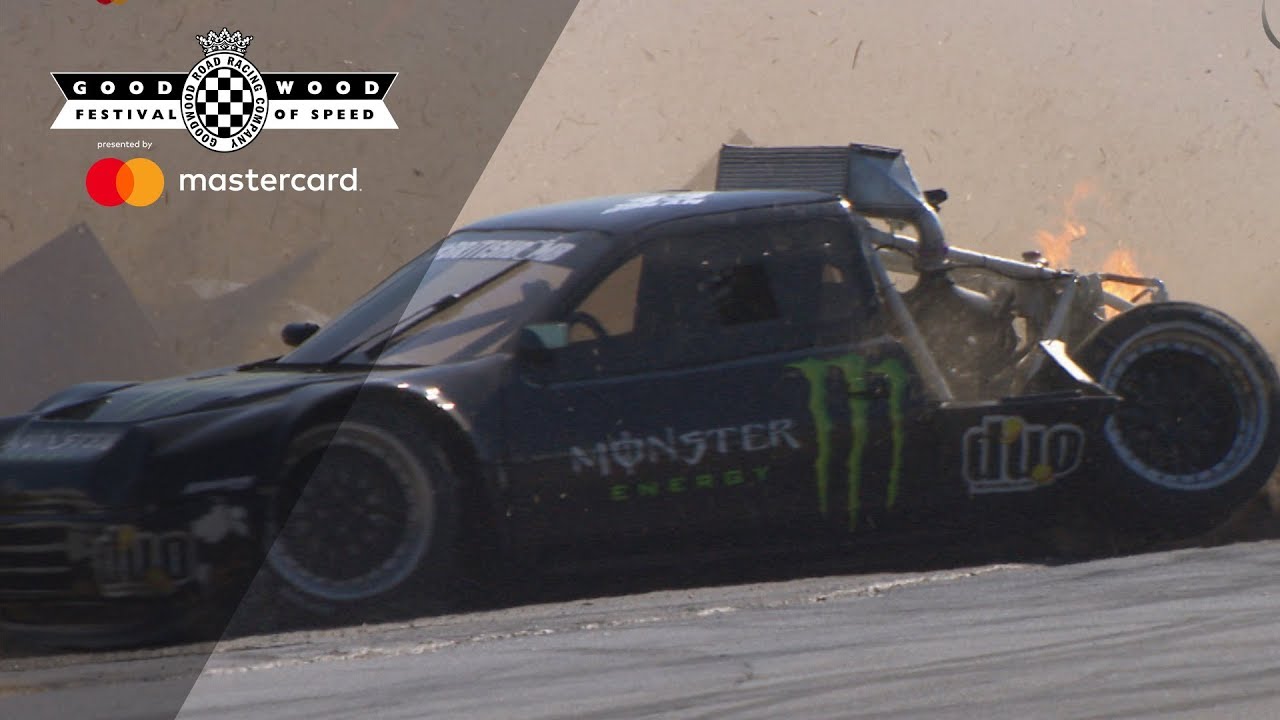