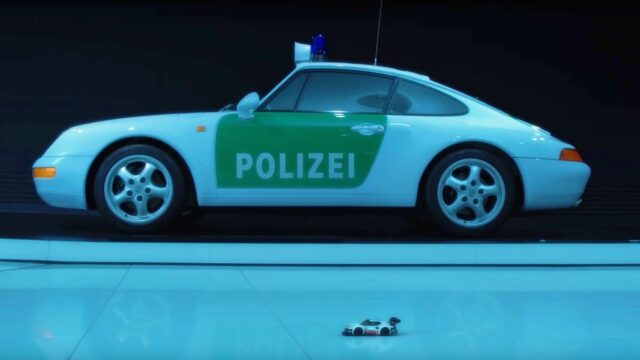 The video — posted on the brand’s official YouTube channel — is filmed in the Porsche museum, and shows a race between the two toy cars among the life-sized ones. We don’t know about you but, after seeing this, we now wish for a full-length movie featuring Porsche Lego models only.

Both models are significant in Porsche’s history. The 1976 Turbo 3.0 is the first force-fed Porsche ever built: its six-cylinder boxer would pack no less than 260 hp (a figure that would go up to 330 hp by the end of the production cycle), a huge amount of power at that time. Due to its ferocious nature, it was nicknamed “The Widow Maker.”

The race-ready 911 RSR is the first Neun-Elfer to have its six-cylinder boxer engine placed in front of the rear axle, thus being the first mid-engined 911 in the brand’s history. As for the clip? For whatever reason, it reminds us of the Porsche: Unleashed game intro, and leaves us wishing for more. A full-length-movie-version more.