Someone had to do it

There are a lot of cars the Demon is pitched against these days, and for obvious reasons: everyone wants to see just how quick the quickest production car in the world actually is. 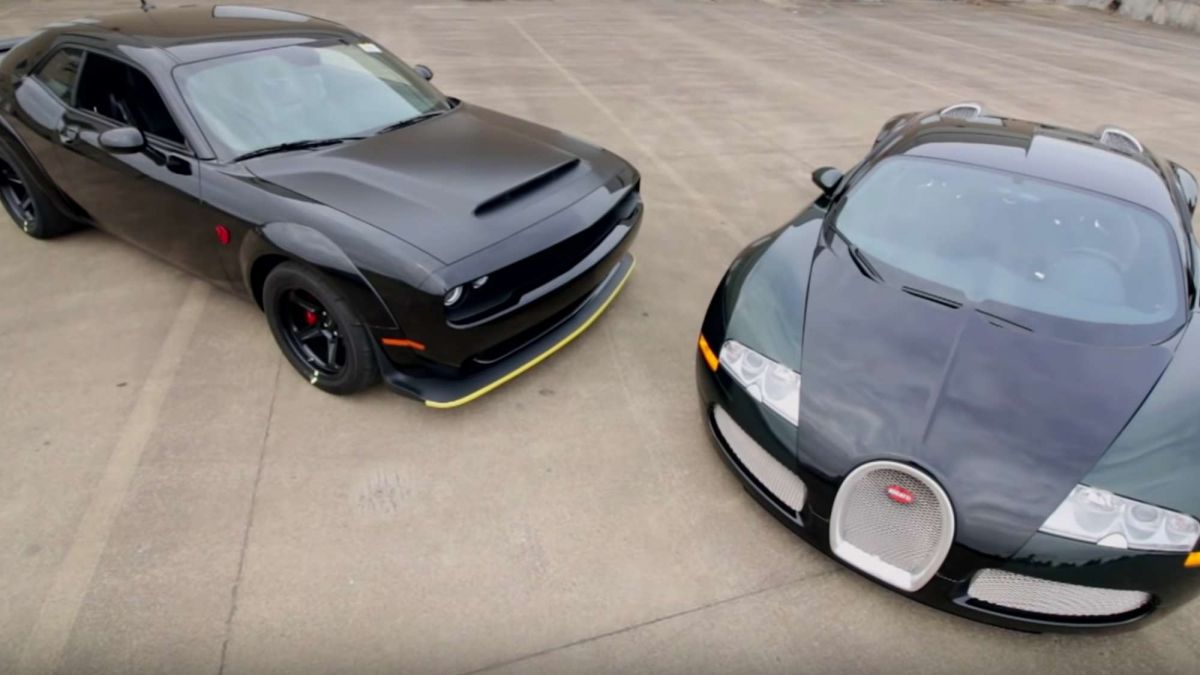 The guys at Muscle Car of the Week, however, thought about the supreme king of the vehicular reign, the Bugatti Veyron. Well, it’s actually the former but still.

If you’re eager for some instant action, head to 7:00 in the video below. It’s not quite the official drag race you’ve been expecting but we have to give these guys credit for running these cars at full throttle on such a tight strip. Speaking of tight here's another close race, this time between a Chiron and a Veyron. 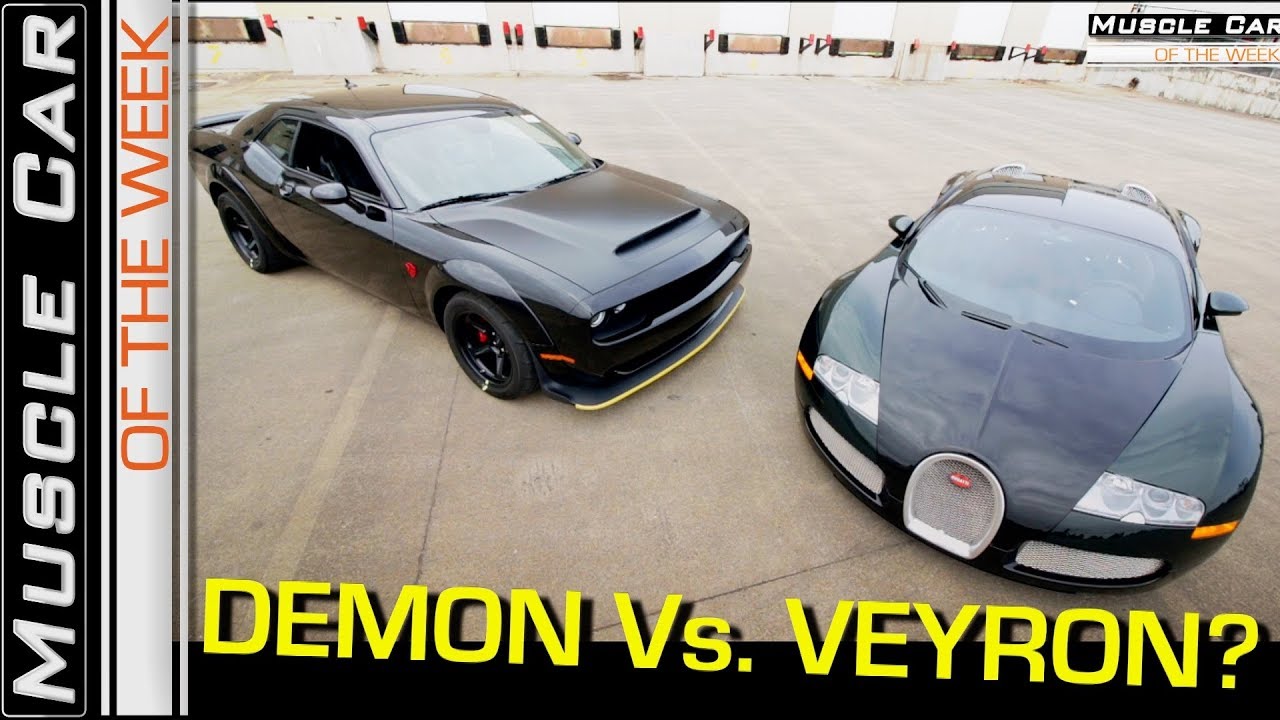