Apparently, not much has changed since 2007

The new Toyota Hilux have been subjected to the evasive maneuver known as “the moose test,” and it failed. The last time this happened was with the previous generation Hilux.

The Swedish lads from Teknikens Värld (TV) are specialized in testing the cars’ behavior while executing an evasive maneuver at cruising speeds. They were the ones exposing Jeep Grand Cherokee’s lack of stability during the moose test, for example. Or Toyota Hilux’s looseness during the same exercise. 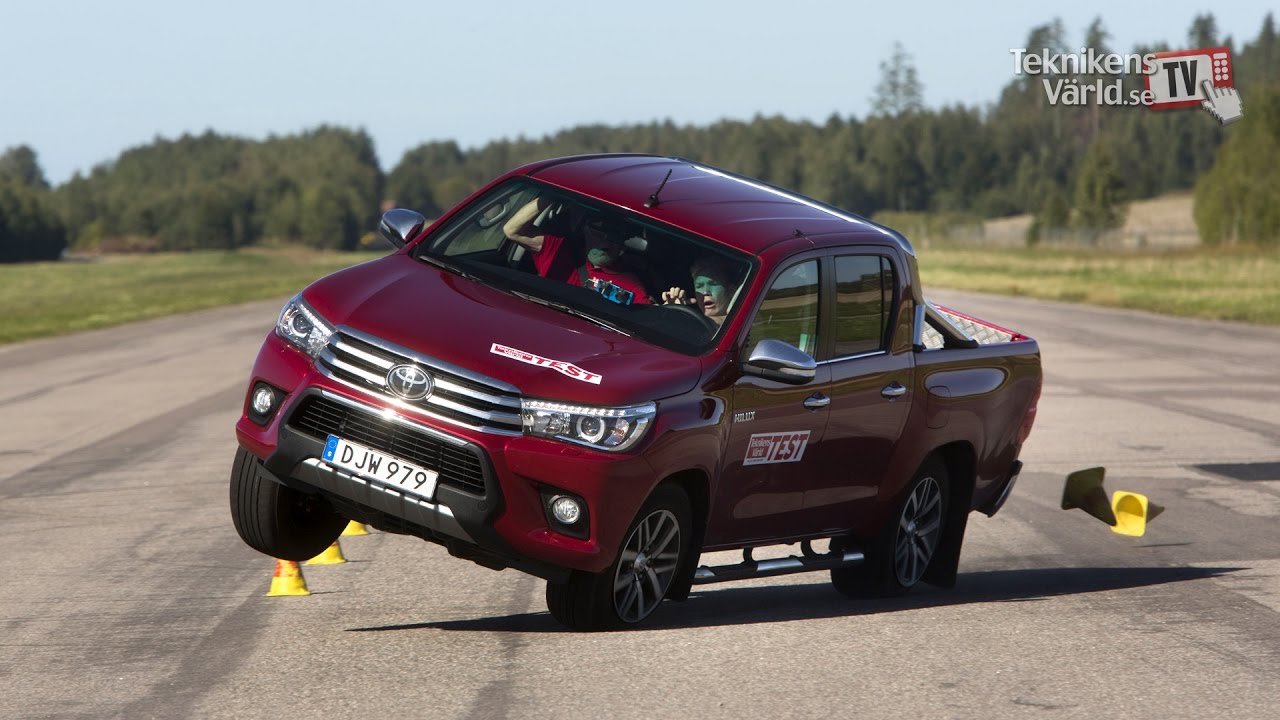 The first contact with Hilux was back in 2007. Then, TV has shown that, at 35 mph, Toyota Hilux got dangerously close to flipping over. Nine years have passed, and it’s happening all over again. Just to put that in context, Teknikens Värld has shown videos with Hilux’s rivals doing the evasive maneuver, following the same set-up. Almost.

This tested Hilux wasn’t loaded at its maximum (according to the carmaker’s specifications) 2,209 lbs; it carried only 1,830 pounds. But “if the truck had been overloaded, the suspension should have bottomed out, but it didn’t. Instead, I think the problem lies in the absence of anti-rollover systems and the grip of the tires,” says TV presenter Ruben Börjesson.

Toyota Sweden came with an official response, saying that “Hilux has repeatedly been tested according to the ISO 3888 standard for evasive maneuver tests during the development of the model and then it passed the tests successfully.”