Toyota has unveiled the fourth generation of the supermini model a few days after some unofficial images were published online. The GA-B platform has enabled a 40 mm reduction in the overall height, but headroom has not been compromised as the driver and passengers sit lower. The reduced cowl height contributes to a better forward view for the driver. Adding 50 mm to the car’s width generates more space in the front and in the rear, while the wider front and rear track-widths add to new Yaris’ lower, wider look. The exterior styling amplifies the effect of the condensed proportions with strong character lines down the side of the car that project a sense of forward motion. By pulling the base of the A-pillar rearwards and increasing the bonnet length, the designers have added to the dynamic look. The new lights feature LED technology and include turn indicators that alternate with the daytime running lights. The interior design follows a ‘less-is-more’ principle, creating an open and spacious area for the driver and front passenger.
The cockpit design has been developed around the concept of ‘hands on the wheel, eyes on the road’. Information is presented directly to the driver from three interlinked sources: the central Toyota Touch screen, a TFT multi-information display in the instrument binnacle and a 10-inch colour head-up display. The larger size head-up display helps the driver focus on the driving with least distraction. It projects driving data and warnings such as navigation prompts and speed limits onto the windscreen within the driver’s field of view. The 4th generation Hybrid system has been tested in different cities around Europe such as Rome, Paris, and Darmstadt. Results show that when it is used in an urban area, almost 80% of the time is been driving in electric mode.

The fourth generation hybrid technology makes its debut in the principal powertrain for the new Yaris. This 1.5 Hybrid system is directly derived from the larger, 2.0 and 2.5-litre systems that were introduced in the new Corolla, RAV4 and Camry. The hybrid system features the new 1.5 three-cylinder Atkinson cycle petrol engine with variable valve-timing.
As a result, it achieves a 40% thermal efficiency, higher than typical diesel engines, helping secure a more than 20% improvement in Yaris’ fuel economy and CO2 emissions. At the same time, system output has been increased by 15%. The system also adopts a new lithium-ion hybrid battery with an increase in output that enables quicker vehicle acceleration. As well as being more powerful, the new battery is 27% lighter than the nickel-metal hydride battery it replaces.
The new Yaris will also be available with 1.5 and 1.0-litre three-cylinder petrol engines in selected markets. More details of these powertrains will be released at a later date. 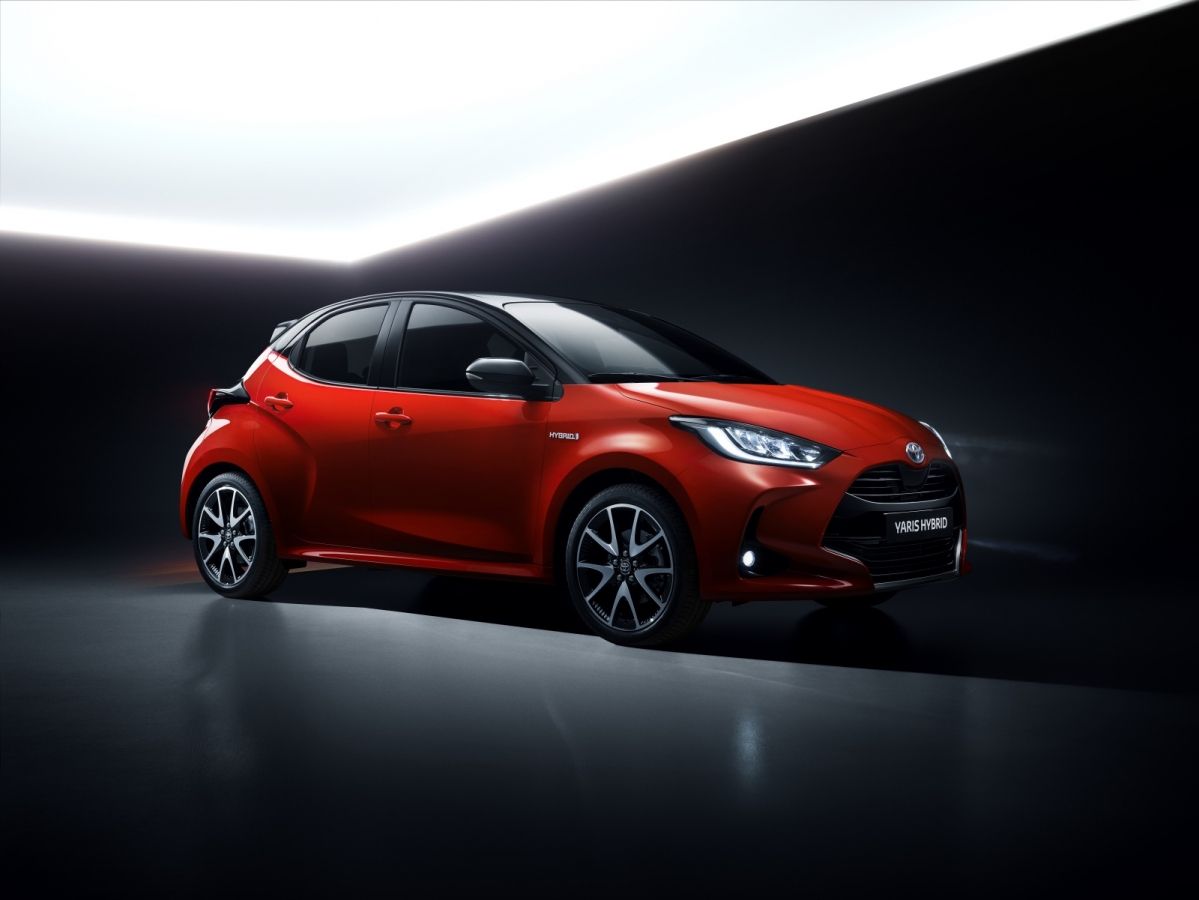 The new Yaris has been developed to achieve best occupant protection in the forthcoming stricter standards for 2020. For instance, to better protect occupant in case of side impact, the new Yaris will be the first car in this segment to introduce a centre airbag.