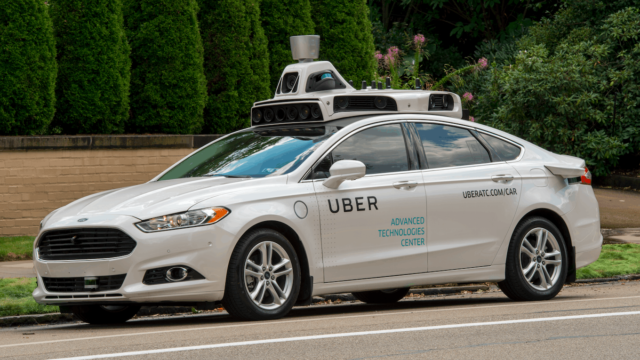 The Self-Driving Taxi is no longer something out of a Sci-Fi novel, but a reality in one US City

Well, it seems that Skynet is taking its first steps at conquering the world. Right now Sky…I mean Uber is taking baby steps and making a move for the driverless taxi market. You didn't know there is such a market, well it doesn't matter because the American company is building one from the ground up starting in Pittsburgh.

A year and a half ago, Uber set up an Advanced Technologies Center (ATC) in Pittsburgh. Its mission: to make self-driving Ubers a reality. Now, the company has announced that the world’s first Self-Driving Ubers are on the road in the Steel City.

Uber is inviting its most loyal customers from the Pittsburgh area to experience the future first, says the company in a press release. If a Self-Driving Uber is available, they will send it along with a safety driver up front to make sure the ride goes smoothly. Otherwise, it’s uberX as usual.

There are clear benefits in driverless cars, as Uber makes it abundantly clear. "Of course, we can’t predict exactly what the future will hold. But we know that self-driving Ubers have enormous potential to further our mission and improve society: reducing the number of traffic accidents, which today kill 1.3 million people a year; freeing up the 20 percent of space in cities currently used to park the world’s billion-plus cars; and cutting congestion, which wastes trillions of hours every year", explains the company in the same press release.

Self-Driving Ubers have a safety driver in the front seat because they require human intervention in many conditions, including bad weather. However, in the near future, Uber says that these technology issues will be fixed which will lead to a world where ridesharing will be a mix—with services provided by both drivers and Self-Driving Ubers. This is because of the limits of self-driving software and the skyrocketing demand for better transportation which people-powered transport is uniquely able to solve.