In a display of sound, acceleration and top speed

America or Germany? Mercedes or Chevrolet? C 63 AMG or Chevrolet Camaro SS? These two cars have more things in common than you’d expect, but this battle is already happening.

When they’re not pushing German heavy hitters to the limit, the guys over at AutoTopNL are pitting them against competitors from the other side of the pond: in this case, the Chevrolet Camaro SS receives a hostile welcome from the Mercedes-AMG C 63. Which is, by the way, twice as expensive.

Before you start laying your bets and getting involved rant sessions (feel free to abuse the comments section, as usual), here’s the deal – these two come from totally opposite car cultures but somehow share more similarities that you’d think. Allow us to illustrate: they both use a V8, they churn out rather close horsepower and torque values, they’re both RWD and they both can clear the 0-100 km/h (62 mph) interval in 4 seconds.

Since we mentioned engine output, here’s how they fare head-to-head on paper: the C 63 AMG has 476 hp and 650 Nm on tap, while the Camaro SS churns out 455 hp and 617 Nm of twist. Also keep in mind that during the sound battle, a Merc-AMG C 63 S was used, but the highway and acceleration runs feature a non-S model.

That being said, just hit play and enjoy the showdown. 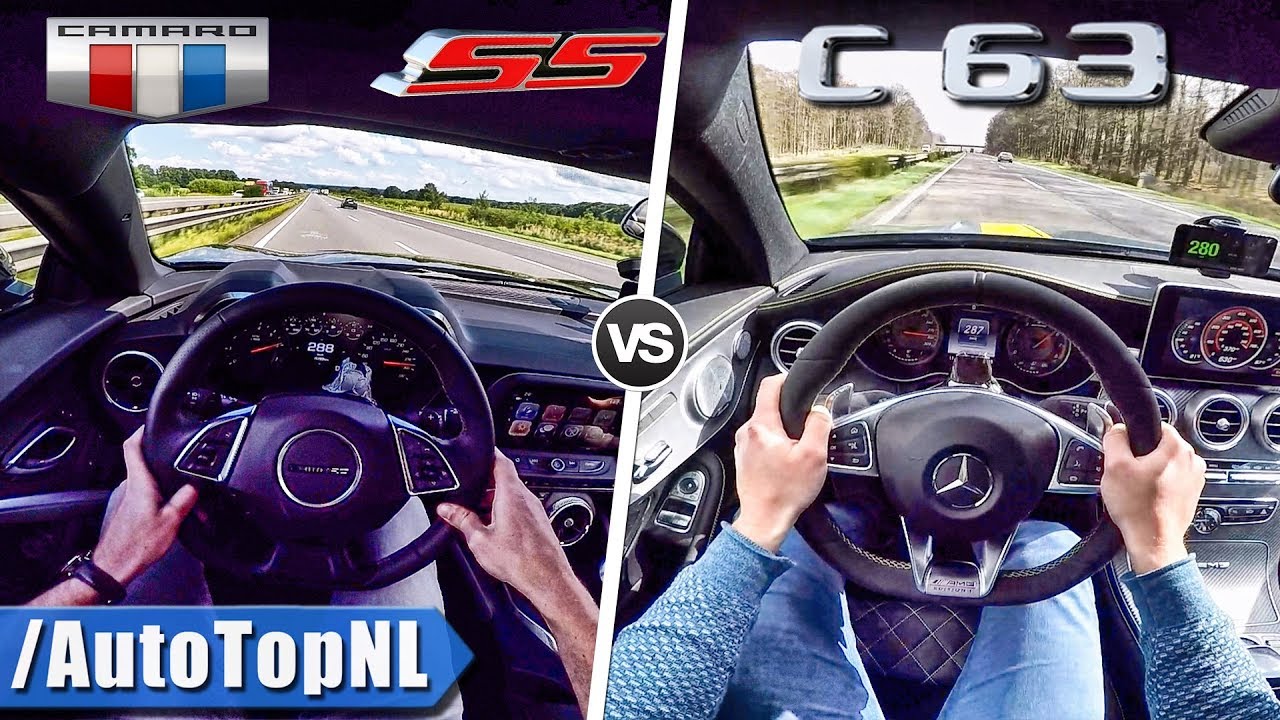 Also, you might want to have a look at our review of the 2017 Mercedes-Benz E-Class E 400 4MATIC Coupé. Sure, it's no AMG, but it can carry its weight rather stylishly.