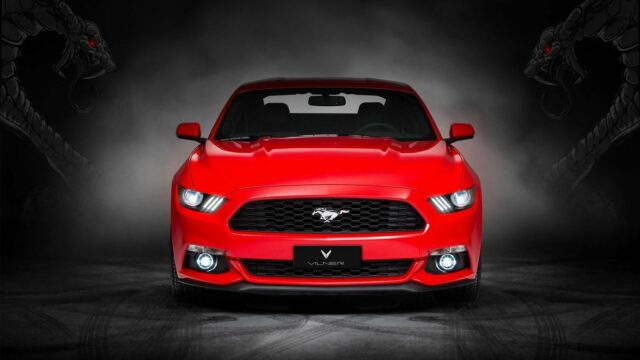 It might be a figure of speech, but this thing’s still creepy AF

If by now you haven't heard about Vilner, let us do a brief presentation: it's a Bulgarian tuning studio that doesn't say "No" regardless the request, no matter how… challenging that would be.

Like, for example, to add 40% (a number I invented, just for the sake of it) more mustang into a Ford Mustang.

The request was made by the Chinese owner of a sixth-gen Mustang GT who wanted the interior of his car to feature real mustang leather and (hell, why not?) fur. As a reminder, the GT is the manly, V8-powered version of the 'Stang. You can read more about it here, in our test drive.

The result is something questionable (used as a euphemism here) that probably will raise PETA's eyebrows to a whole new level, also reminding us that, culturally speaking, this world has very, very different zones. So maybe while we try to forgive Vilner for this work, a Chinese sports car owner brags about his Mustangception in front of a jealous public.

Letting the poor choice of material aside, this leather interior doesn't even look that good, does it? Choosing between this and the simple, plasticky interior of a Mustang, we'd go with the latter.

Oh, if you want to read more about the entry-level, 2.3-liter EcoBoost version, here are our impressions on it.