Volkswagen Golf R has a go at BMW’s M140i, pick your favorite

The hot hatch market is an appealing offer for those looking for a certain level of thrills without the need to rob a bank. Sure, more ambitious and pocket-generous customers might look at premium options, like the BMW M140i. But how does it fare against Wolfsburg’s (cheaper) top gun?

As usual, we’ll first take a quick look at each car’s performance credentials before moving on to the video below. First, pricing: the BMW M140 wears a starting sticker of €46,750 in Germany (that's with the Steptronic gearbox and RWD) while the Golf R starts (also in Germany) at €43,200 (fitted with the DSG automatic gearbox).

Moving on, the VW Golf R uses the brand’s 4Motion all-wheel drive system to transfer the 2-liter turbo’ed engine’s 310 hp and 400 Nm to the asphalt. On the other hand, the BMW M140i can be had in RWD or xDrive flavor. Since the car starring in the video doesn’t wear the xDrive badge on the back, we’ll assume it sends its 340 hp and 500 Nm to the rear axle. As you might know already, under the Bavarian’s hood works a straight-six 3-liter turbocharged powerplant (codenamed B58) coming to replace the N55-powered M135i.

That being said, it’s time to pick your poison and let the video do the talking. 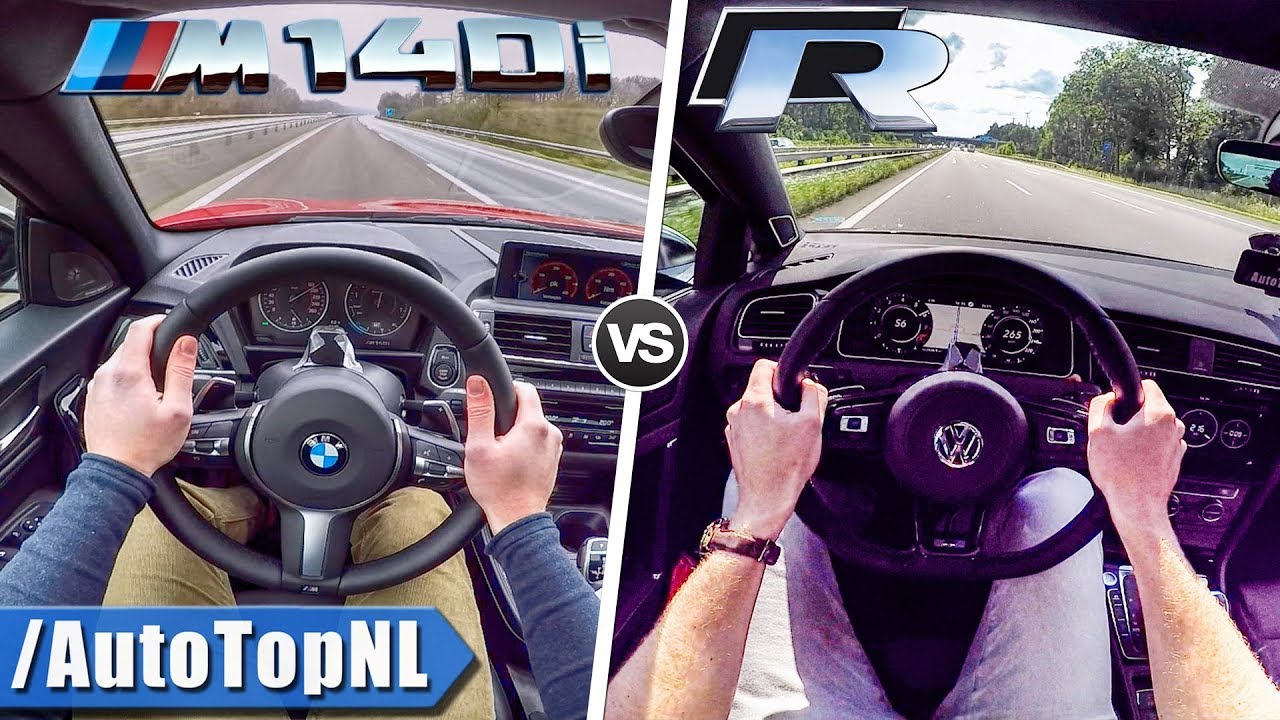