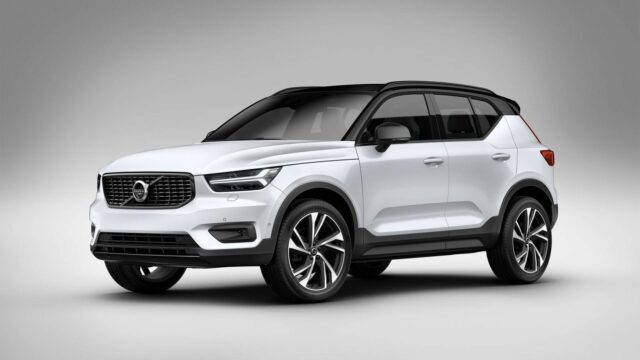 Meet Volvo’s new small SUV, the XC40, a model looking to make a stir in its respective segment, one which is hugely competitive already and on the upswing. It proposes the most youthful variant of the brand’s current styling direction and it more or less mirrors the design of the 40.1 concept.

Inside it uses the same approach as the one used for exterior styling: it is essentially a variation of the family look, but with a more youthful tone applied. It’s dominated by a 9 inch portrait-style infotainment screen flanked by two vertical vent slats and also features a fully digital gauge cluster borrowed from its larger brethren.

During the reveal event held in Milan, Volvo boss Hakan Samuelsson said “the XC40 is our first entry in the small SUV segment, broadening the appeal of the Volvo brand and moving it in a new direction. It represents a fresh, creative and distinctive new member of the Volvo line-up. So it only feels natural to reveal the XC40 here in Milan, a buzzing European hotspot for fashion, art, design and lifestyle.”

The model is already available for order across Europe. In the UK, the XC40 kicks off at £27,905 (for a T3 with manual gearbox) and is available with three petrol and two diesel engines with power outputs from 150 to 250 hp; all are 2.0-liter four-pots. All-wheel drive variants of the T4, T5 and D4 are available and all models can be had with an optional automatic gearbox. A fully-laden D4 with all-wheel drive and automatic gearbox is £39,305.

Volvo says the XC40 will gain additional powertrain options in the future. By that they’re probably referring to a near future line of smaller 1.5-liter engines it plans to introduce.

Being a Volvo it majors on safety kit. Novelties in this area include the Pilot Assist semi-autonomous drive function available on all models, as well as Oncoming Lane Mitigation (a segment first, says Volvo). And you can get to own the new XC40 in a new way called 'Care by Volvo' which is describes the buying and ownership experience as "transparent, easy and hassle free as having a phone." It works using "a monthly flat-fee subscription means down payments, price negotiations and local price differences belong to the past" and some additional concierge services may be added.