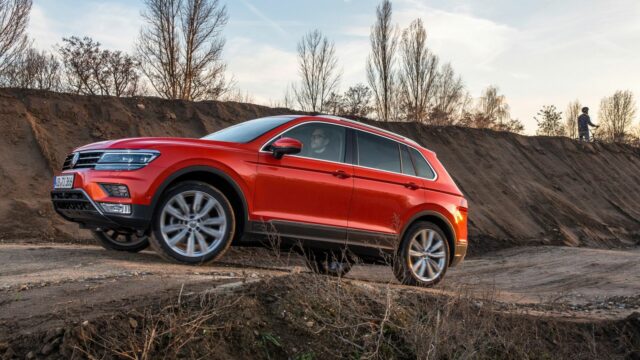 They might not care about the environment, but the peeps over at Volkswagen know how to build a safe car

The latest batch of models to go through the Caudine Forks of the Euro NCAP safety tests include the Alfa Romeo Giulia and two crossovers sharing the same (MQB) platform: the VW Tiguan and its Spanish cousin, the Seat Ateca.

We're here to talk about Tiguan, which was awarded five stars after the Euro NCAP experts were done smashing it into various objects. Long story short, occupant protection inside the new VW Tiguan stands at 96%, a bit higher than the child occupant protection rating of 86%.

Furthermore, VW's crossover scored 72% in the pedestrian protection department and 68% for safety assist functions – we kind of expected that, since the new Tiguan offers forward collision warning with autonomous emergency braking as standard.

Also, the crossover uses an active hood: as it detects when a pedestrian is hit, a set of actuators lift it to protect the victim's body from potential harming engine components. Even so, the Tiguan's front bumper scored maximum points for pedestrian knee protection, yet the pelvis area is the least protected in the event of a car-pedestrian collision.

According to Euro NCAP's full report on the model's crash tests performance, the interior of the Tiguan remained stable during the frontal offset test, while dummy readings showed good knee, femur and whiplash protection for both driver and passenger.