As far as car versus bike races go, you’re looking at perhaps one of the most polarizing debate themes. And that’s both on the internet and at the pub.

So why don’t we let carwow do their thing with two of Honda’s hottest machines at the moment: the mighty NSX and the CBR1000RR, or as they call it some countries, the Fireblade.

They’re both built with the racetrack in mind. However, no end result is certain when two worlds collide. But before you skip to the video below, let’s go through the spec sheets.

The NSX makes 581 hp courtesy of a 3.5-liter twin-turbo V6 assisted by three electric motors, tasked with moving 1,780 kg. In the opposite corner, the Honda Fireblade CBR1000RR relies on a 1-liter powerplant that makes 190 hp. But it also possesses the weight advantage as it tips the scales at 200 kg.

That being said, let’s find out the outcome. 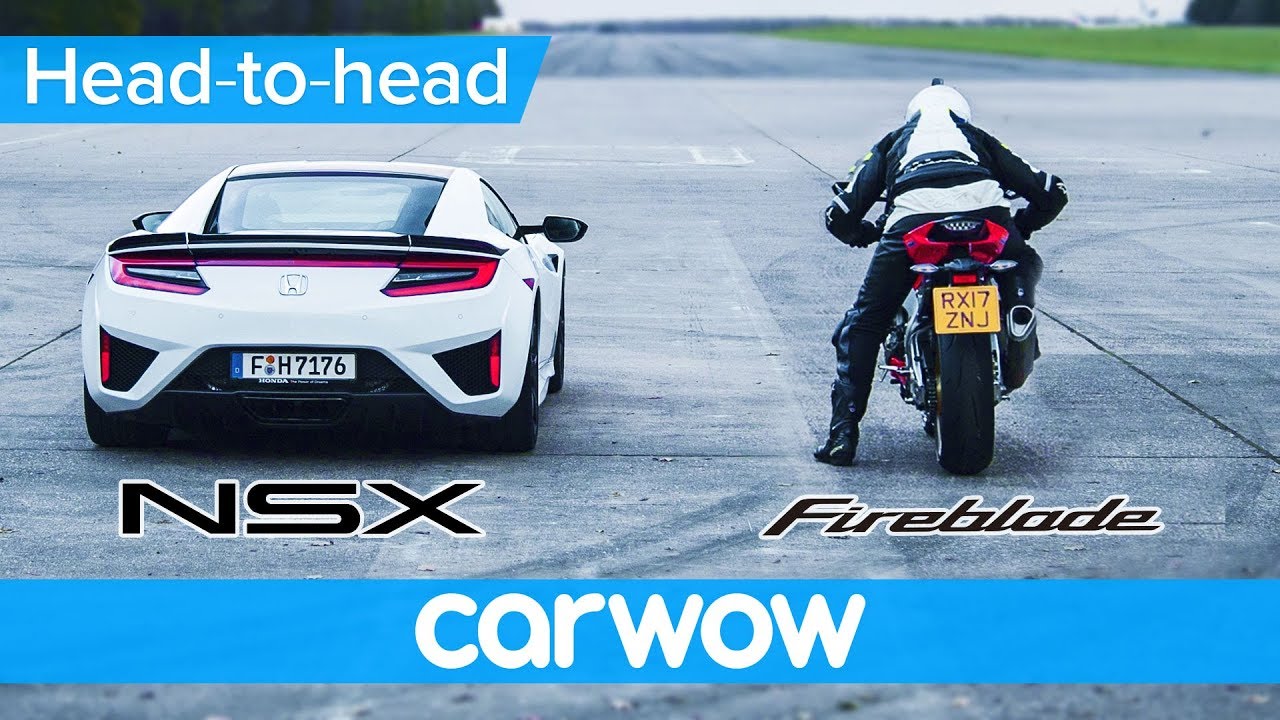