Which is quicker: Audi Q7, Acura MDX or VW Atlas?

And most importantly, does it matter?

One might argue SUVs are useless. Building up on that, the idea of a quick SUV is even more obnoxious. But for some reason, people are buying SUVs now more than ever.

That appetite for SUVs allowed brands like Bentley and Lamborghini to spawn the likes of Bentayga and Urus.

But the battle goes way beyond the industry's top tiers, as you're about to see in the video below, where The Fast Lane Car pits the 2018 Audi Q7 against the Acura MDX and Volkswagen Atlas.

So, before you head to the bottom of the page, a quick spec summary of the cars in question here (click to see their specs compared).

Its VW Group peer, the Audi Q7, packs a 2-liter turbo with 252 hp and 273 lb-ft on tap also mated to an eight-speed transmission.

On that note, we'll leave you to it: 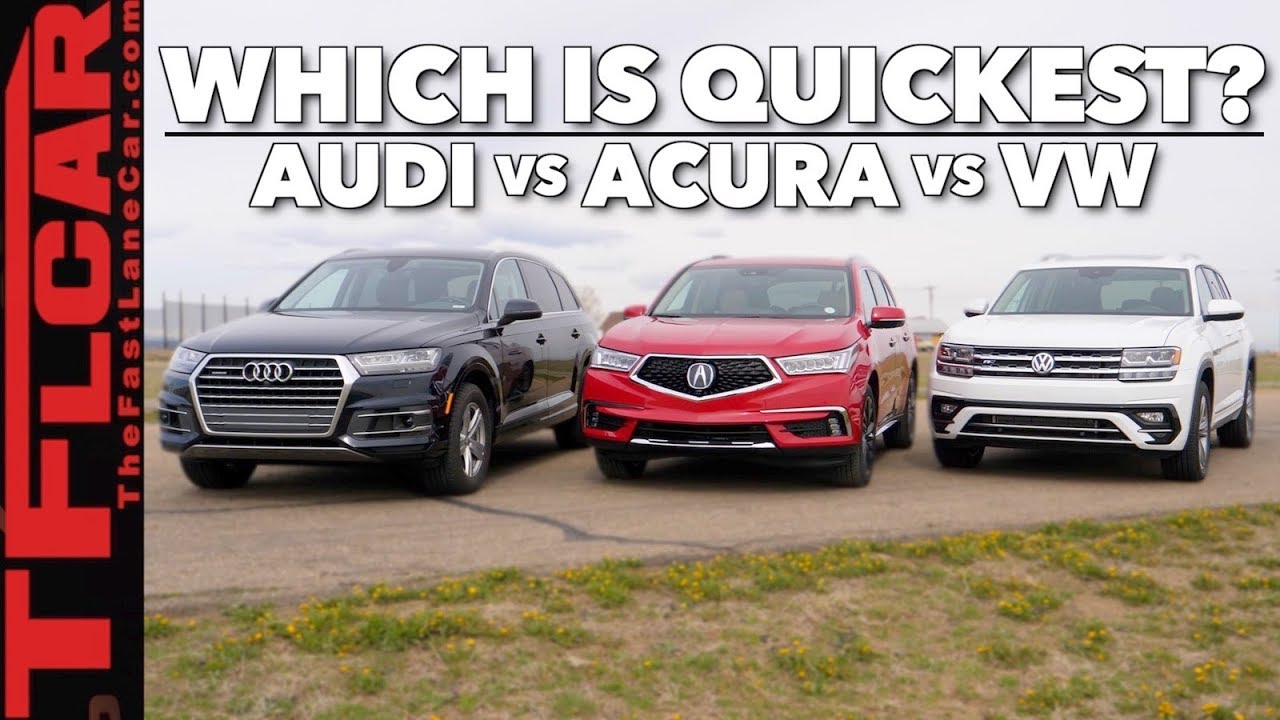