Which one is faster: Giulia QV vs. M3 Competition Pack vs. ATS-V drag race

Alfa meets BMW and Cadillac in a 1,000-meters sprint

Alfa Romeo's Giulia QV is such a blast that people never get tired of putting it against the segment's competition. In this clip, Giulia's opponents are a BMW M3 with Competition Pack, and Cadillac ATS-V. Let's run the numbers. With the weight being a key factor in a drag race (and not only), it's worth mentioning these figures too: at 3,440 lbs (1,560 kg), the M3 is the lightest, followed by Giulia's 3,572 pounds (1,620 kg). Cadillac ATS-V is the fattest of the three, with 3,748 pounds (1,700 kg). Although we don't know how much the drivers' weights influence these numbers, it's worth mentioning that the Giulia runs with a full tank of gas while the BMW shows an almost empty one.

Given all these figures, on which of the three super-sedans would your money go? 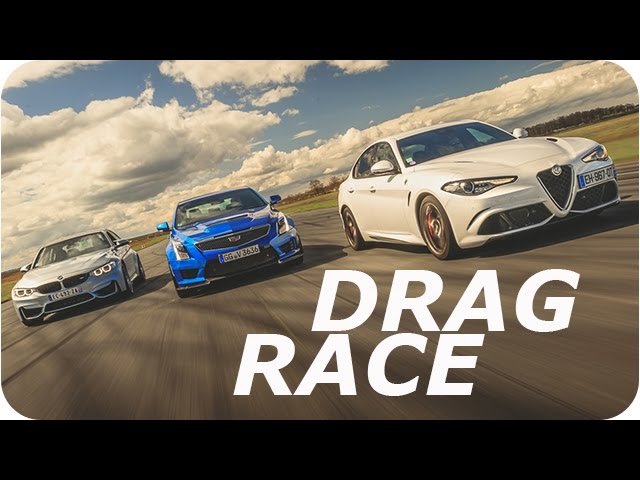