Would you dump your car out of a plane while sitting in it? They did

Skydiving takes balls, there's no secret in that. However, there are skydivers who think out of the box. Konstantin Petrijcuk is one of them.

This feat has a rather straightforward storyline. Konstantin Petrijcuk has been waking up every morning of the past decade thinking: man, how I'd love to throw a car out of a plane. So eventually, he did. In Arizona. Over the notorious Area 51. While sitting in the darn car with three other skydivers. Or should we call them skyssengers? In any case, throwing a car out of a plane is very close to Russian Roulette since no scientist can predict how will it behave as it plunges towards the Earth's surface at around 120 mph (193 km/h). But according to the guys who did it, sitting in a vehicle that's falling from the sky is like "riding a roller coaster on an invisible track."

"Some short-term injuries" are also mentioned in the Negative4 Production's video description, but we're glad everyone is safe and sound. Speaking of the video, head below for a slice of pure madness. 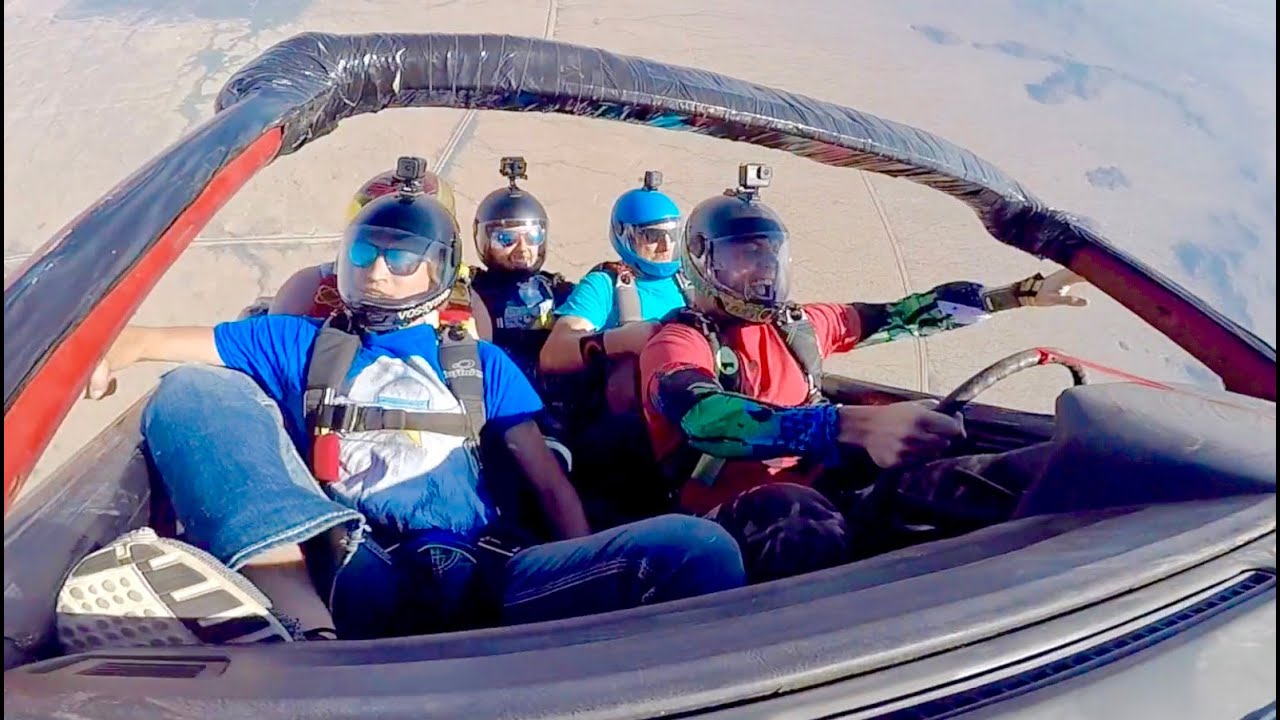 Here are those paradropped Humvees we mentioned earlier.