9 "endangered" car features that are slowly but surely disappearing

Technological progress and common sense are responsible for their extinction

Technology evolves at such a rapid pace that we as consumers seem forever reduced to playing a game of catch up, and cars are at the forefront of this trend.

Vehicles have become so sophisticated these days that they'll soon be able to drive themselves all the time, not to mention they now offer every luxury and convenience feature imaginable. It is now totally possible to use a car as a mobile office, something unthinkable thirty years ago.

One of the side effects of the rapid evolution of automobiles (and of technology as a whole) is the extinction of components that were once taken for granted but have become obsolete. Have you seen a cassette player lately in a car? Or a carburetor? Yeah, we thought so.

Join us for a look at nine "endangered" features (still) found in automobiles nowadays plus one that's already gone for good. 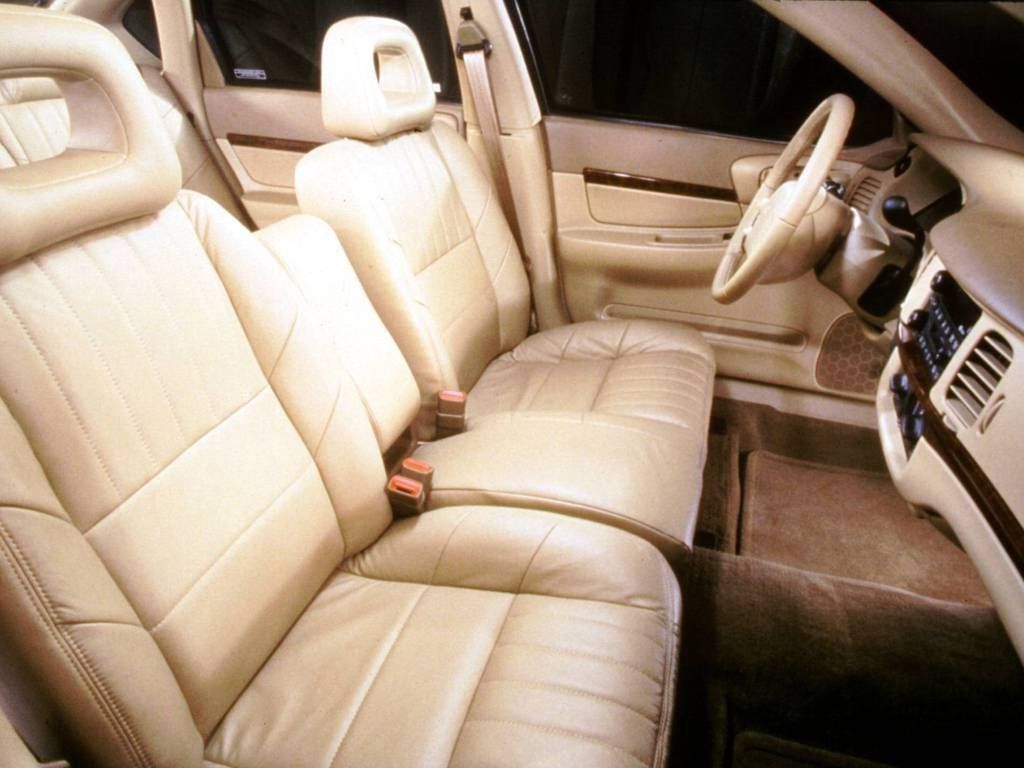 The front middle seat of the 2005 Chevy Impala doesn't look too comfortable, does it?

Front bench seats were a common sight in passenger cars, especially in the United States, but the 2013 Chevrolet Impala was the last model that offered seating for three in the front row. Sure, you can still find front bench seats in most large pickup trucks and SUVs on sale today, but sedans no longer have them. There are many reasons for that, including safety, with airbags said to offer more direct protection for two front passengers rather than three. 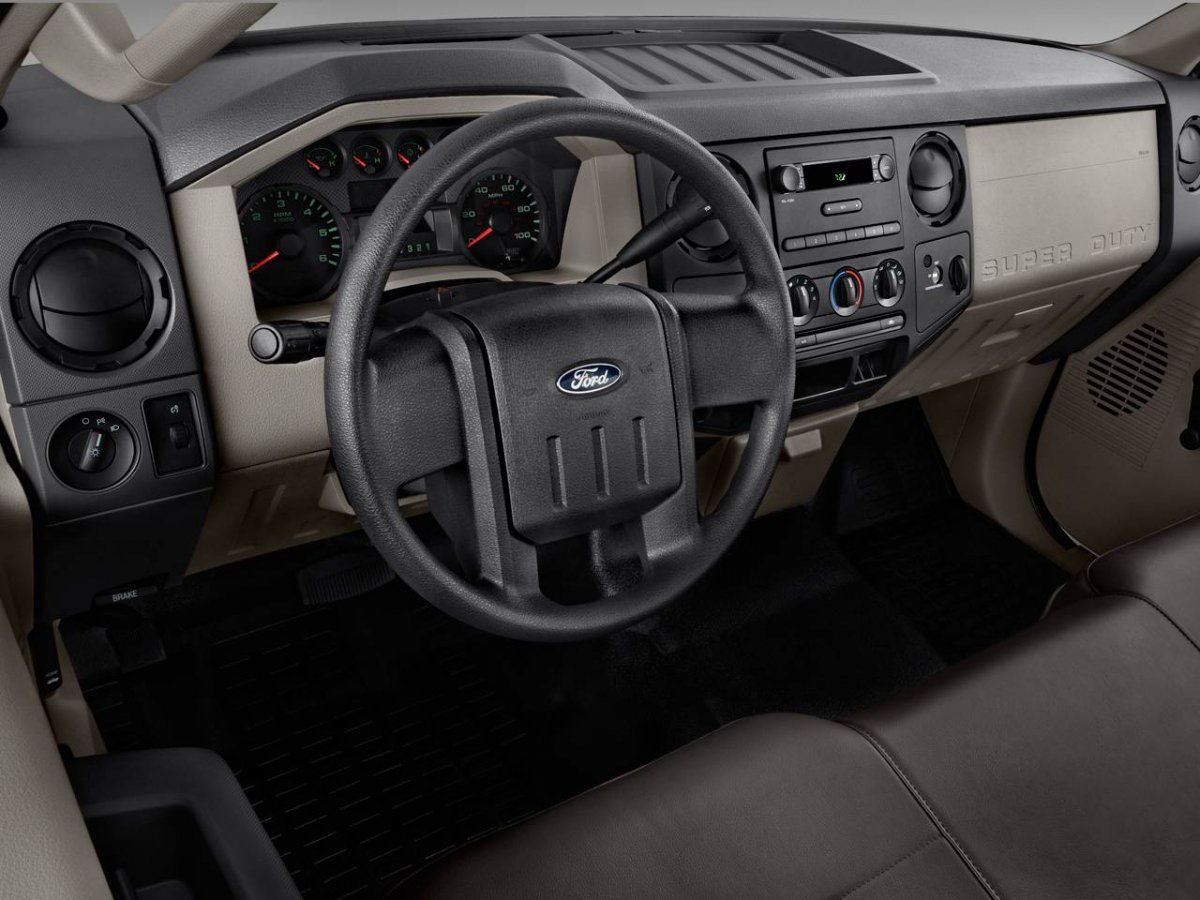 Front bench seats are still offered on pickup trucks, like this 2011 Ford F-150

Then there's the packaging. At the dawn of the automobile, cars featured column-mounted shifters, leaving plenty of space for a third passenger in the middle. Now, however, the center console with its displays and storage spaces is a big thing, and it cannot coexist with the bench seat. But the main thing that killed the front bench seat is customer preference. European imports with their fancy bucket seats looked better than U.S. models, and pretty soon U.S. automakers adopted them too because the market wanted that. Here's a compromise: the cup-shaped ashtray in the 2018 SsangYong Rexton

With governments and health advocates across the world leading a campaign against smoking, automakers had to adapt and signal that they didn't encourage this harmful habit. Whereas in the 20th century the ashtray and the cigarette lighter were standard features in most cars, they are now relegated to the status of options— which means customers have to pay extra to have them fitted. In some vehicles, you can't have an ashtray or a cigarette lighter at all. Still, that's no excuse to throw cigarette butts out the windows. Tough times for our smoking brothers and sisters.

Fender mirrors (or wing mirrors) were a big thing in Japan. Actually, until 1983, these rearview mirrors mounted above the front wheels were standard equipment on passenger cars sold in the Land of the Rising Sun. As with the front bench seats, it was fashion that killed them too. The Toyota 2000GT is one of the few cars that looks cool with wing mirrors...

When the law was liberalized to allow door mirrors as well, Japanese consumers overwhelmingly chose cars with side mirrors. In those days, local car buyers aspired to foreign-made products, and European and American vehicles with door mirrors proved irresistible. Another reason for the demise of the fender mirrors was that almost all Japanese carmakers' exports featured door mirrors, so it became rational to bring the domestic market in line with the rest of the world. Japanese taxi drivers are still resisting change, though — along with Pagani Zonda owners. They prefer fender mirrors because they are said to offer better visibility (less of a blind spot), protrude less from the body of the car, and don't require the driver to turn his/her head toward the passenger seat. Cool: the Jaguar F-Pace we tested featured a full-size spare tire mounted on an alloy wheel identical to the other four

Almost all passenger cars, minivans and SUVs on sale today feature temporary spare tires — or worse, a tire puncture repair kit no one knows how to use. The smaller the car, the higher the chances of a bicycle-sized spare tire or no tire at all. Only pickup trucks continue to offer full-size spare tires, a feature that every car had in the past. Every car that went on sale came with a fifth tire under the boot floor, fitted under the car, or fixed to the tailgate (in the case of SUVs). Fitting small temporary spare tires and repair kits allowed carmakers to say the trunks were more spacious than before and to save costs at the same time. It's a win-win scenario, but not for the consumer. You can always rely on the good old manual handbrake. Or can you?

An increasing number of cars feature electronic parking brakes instead of the good old manual handbrake levers. Why is that? Well, technological progress is the answer. The first production car to adopt an electronic parking brake was the BMW 7 Series in 2001, and since then the feature became very popular among mainstream manufacturers as well. You can now find it in various models from VW, Jaguar Land Rover, Renault, Opel and others. Besides convenience, the advantages of the electronic parking brake include the fact that it holds more firmly than the regular cable-operated brake, and that it frees up room for other things on the center console. Plus, it needs less adjustment over time than the manual handbrake, since it doesn't use a cable that can stretch over time.

The downsides? Well, besides the fact that you can't do handbrake turns, you won't be able to change the rear brake pads by yourself either. Opening up the brake calipers to remove the pads requires a diagnostic laptop, so it's a job for the service professionals. The vinyl roof has a curious history. In the 1920s, it was used by virtually all cars, as it replicated the look of a removable top, similar to what a horse carriage would have. However, starting with the next decade, the vinyl top fell out of fashion, as buyers thought steel roofs were better (justifiably so). The stubborn vinyl roof made a big comeback with the 1956 Cadillac Eldorado (above), whose coupe version (called Seville) featured a vinyl material called Vicodec on the roof that replicated the look of the Eldorado convertible (called Biarritz). 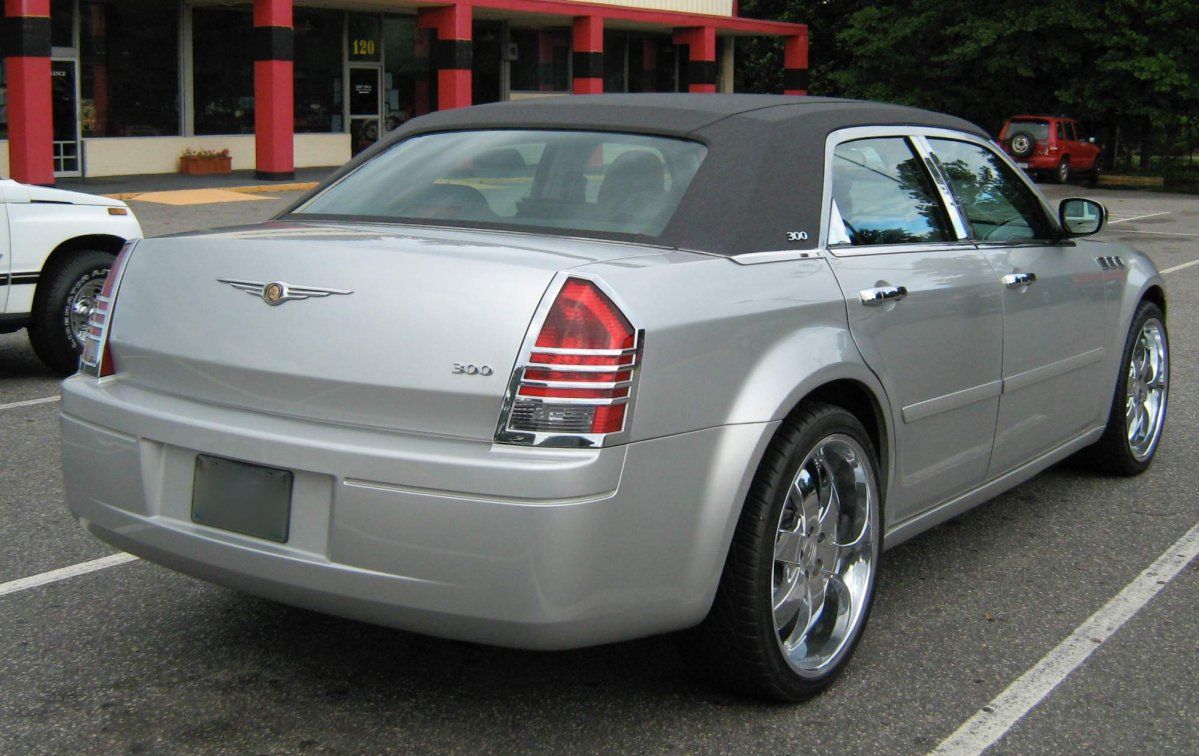 A "pimped" Chrysler 300 with a vinyl roof

It was just a matter of vanity, as the vinyl roof made cars that weren't convertibles look like convertibles. Ford and Chrysler soon started offering vinyl roofs for their cars too, and that's how this ridiculous phenomenon gained traction in the 1960s, 1970s, and 1980s. Fortunately, it's no longer fashionable, even though some aftermarket companies and even dealers offer it for modern sedans like the Chevy Impala, Chrysler 300, or Buick LaCrosse. Nothing wrong with rolling down windows manually, like in the latest-generation Dacia Logan

Power windows first appeared on cars in 1940 on the Packard 180 and went on to become an effortless and classy way of opening and closing car windows. Sure, some entry-level, low-cost cars still come fitted with manual windows (especially on the rear doors), but their numbers are diminishing each year — not to mention that most of these cheap cars offer power windows as optional extras. Here's something you don't see anymore on most brand new cars

You know, actual keys that go into door locks or the ignition. Their worst enemy is technological progress as well, as automakers have devised simpler and more elegant ways of locking/unlocking doors and starting the engine. Many new vehicles now offer keyless entry via a card that automatically unlocks the doors when the owner approaches the car, and locks them when he or she leaves the vehicle. It also acts as a remote control when needed. The cool BMW Display Key is anything but a key

Keyless entry usually comes together with keyless start, which means there's no more ignition key: the driver only has to push a dashboard button to start or stop the engine. Some new cars, however, use something in between the traditional metal key and the electronic key fob, namely a remote control that also includes a physical key for the ignition (that can also unlock the car when inserted into the driver's side door lock). The Miata still holds on to the classic antenna

There was a time when radio antennas signaled how sophisticated a car was, especially power mast antennas. In recent years, however, they've been replaced by shorter, more compact antennas (the shark fin being the most popular) that can also handle GPS and telephone signals. On some cars, antennas aren't even visible anymore, having been integrated into the windshield.

No one can say pop-up headlights weren't cool, but the fact is they became obsolete once manufacturers began making transparent injection-molded headlight assemblies that could be modeled in any way possible. Pop-up headlights may have allowed cars to have a lower, more streamlined front-end design (when they were retracted), but they were also inconvenient to use. They would get stuck because of snow and ice, and the retractor motors weren't renowned for reliability. The Corvette C5 and Lotus Esprit were the last production cars to feature pop-up headlights; both were discontinued in 2004

Then there were the costs: the headlight assemblies were mechanically complex and massive (eating into engine bay space), costing a lot of money to replace in case of a head-on collision. Plus, they didn't help the car's aerodynamic performance when opened, they added weight to the car, and were more expensive to make. In short, they disappeared because drawbacks far outnumbered their advantages.