Not all are as desirable, but the vintage touch helps them stand out

Retro-styled cars were really big in the 1990s and early 2000s but over the years the market has moved away from the idea, so much so that every new car these days is more or less just another aggressive wedge on oversized wheels.

But some manufacturers have stuck to their old days-inspired ways and are still offering cars that intentionally harken back to a different (bygone) era of automotive design and most of these are actually pretty desirable - some even specifically because they are retro-styled.

The list I’ve put together here lists ten current models with classic-like styling that you can still buy today. The models are not listed in any particular order other than alphabetically.

Alpine A110 is one of the latest to join the retro party, owing everything about its look to the original A110 of the 1960s. Its design is exactly that of the old car, but adapted to modern ideas and tastes - it looks much wider and more planted than the original Alpine, but Renault has done a great job making it feel fresh and cool; it is one of the most desirable retro-styled cars you can buy right now. 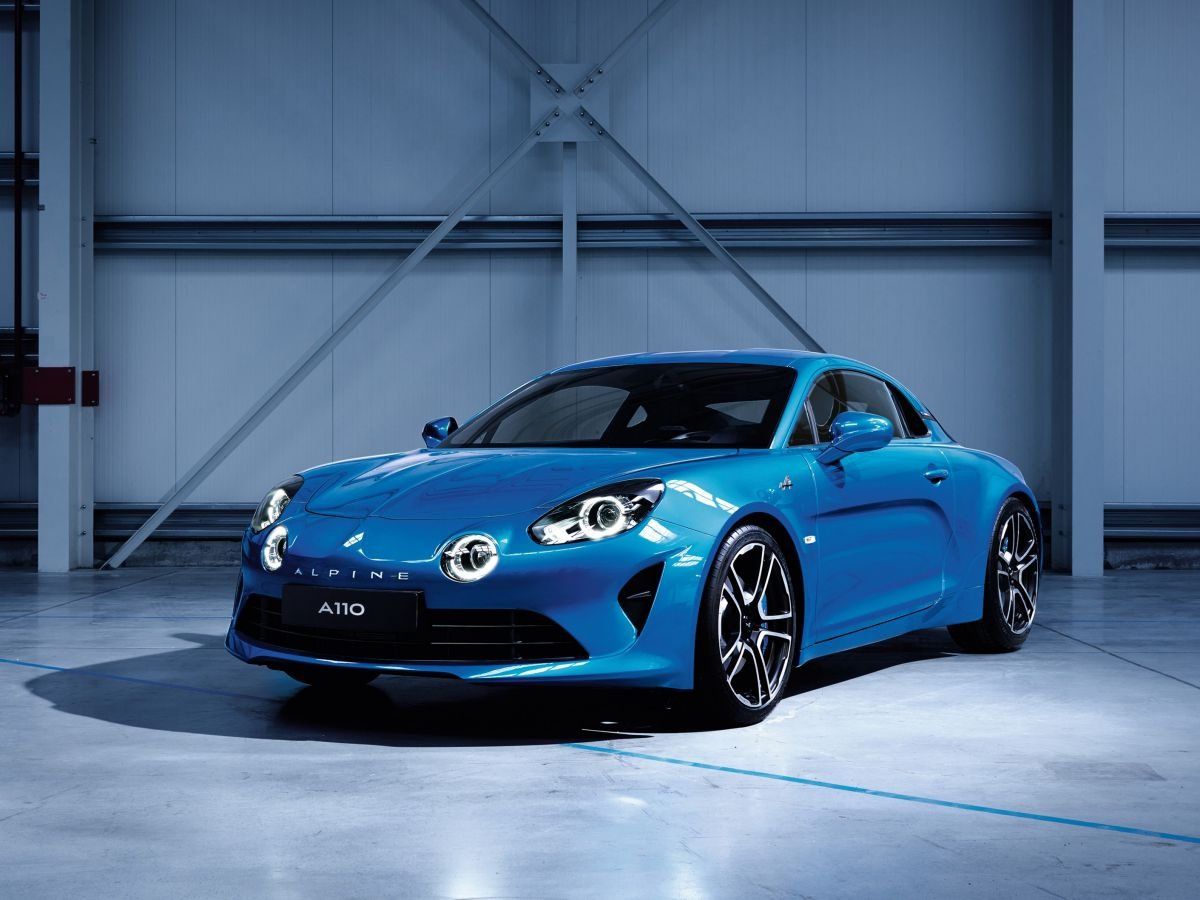 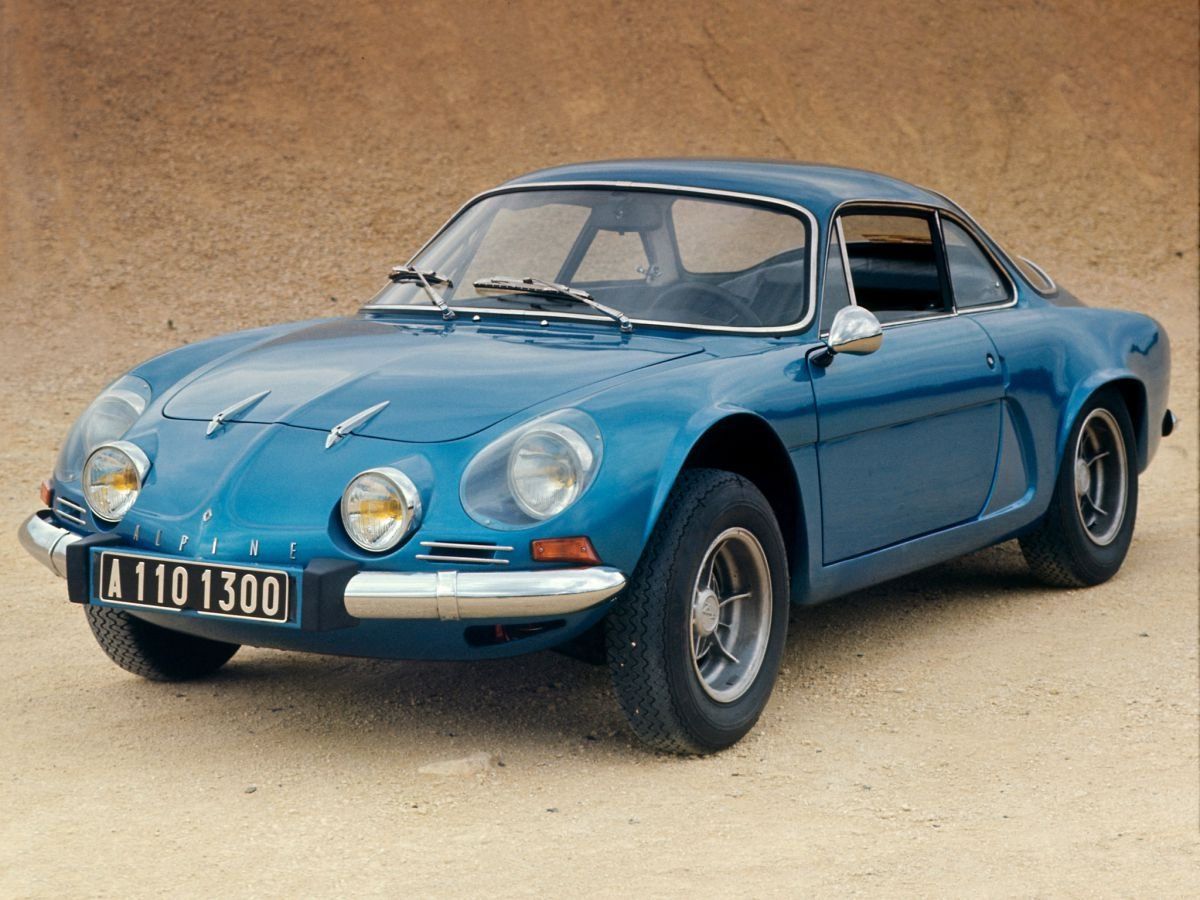 Next up is another French car, if the Citroen e-Mehari all-electric vehicle can be called that. It is utterly unashamedly copied from the original 1960s Mehari, but wrapped in modern Citroen syling cues, and while it as a vehicle is not really that attractive, its quirky styling certainly marks it out as something different. 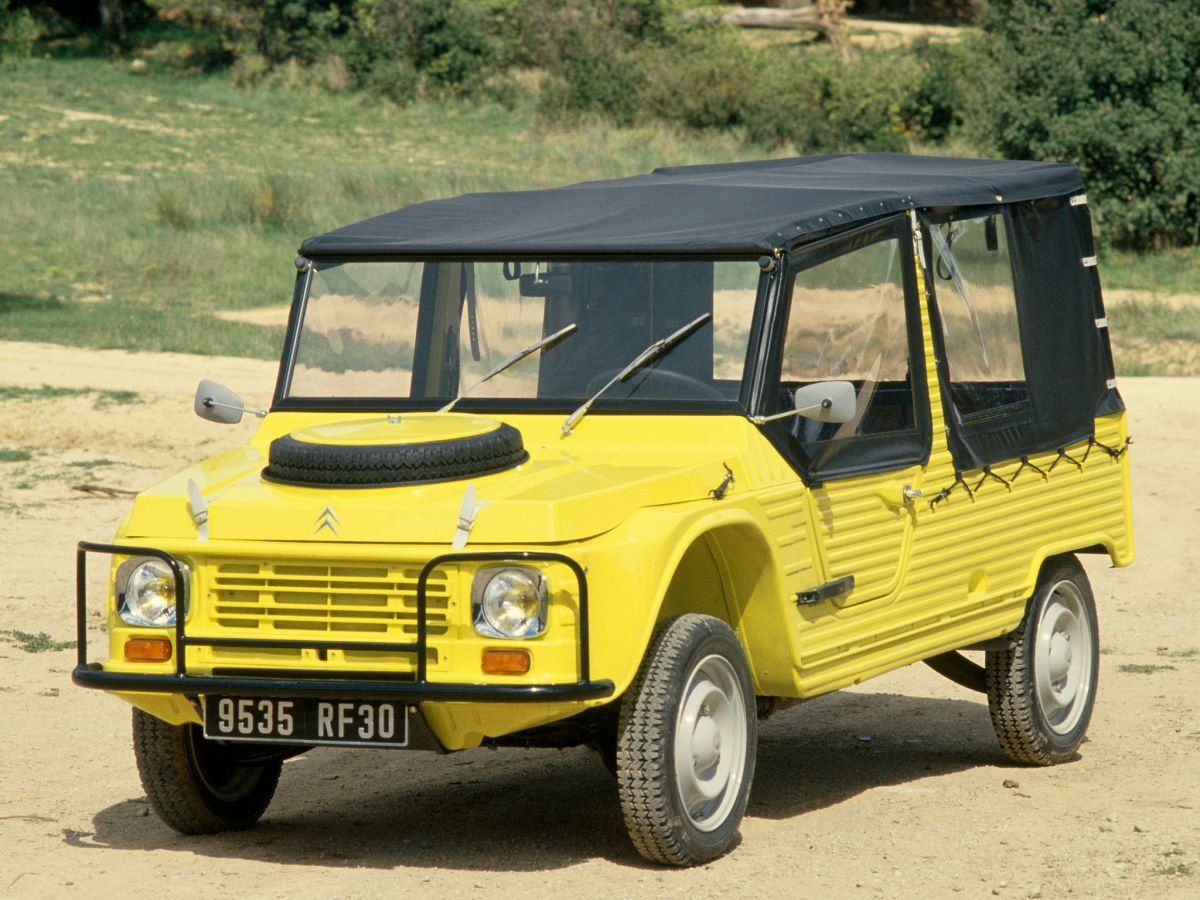 Fiat 500, the modern incarnation, has been with us for over a decade now with minimal changes. It is more or less a direct copy of the classic 500’s cutesy styling all grafted onto a front-engined, front-wheel drive platform - the iconic original was rear-engined, rear-driven. The modern 500 is one of the most successful if not the most successful cars with retro styling on sale today, still being quite popular around the world, even in the United States. 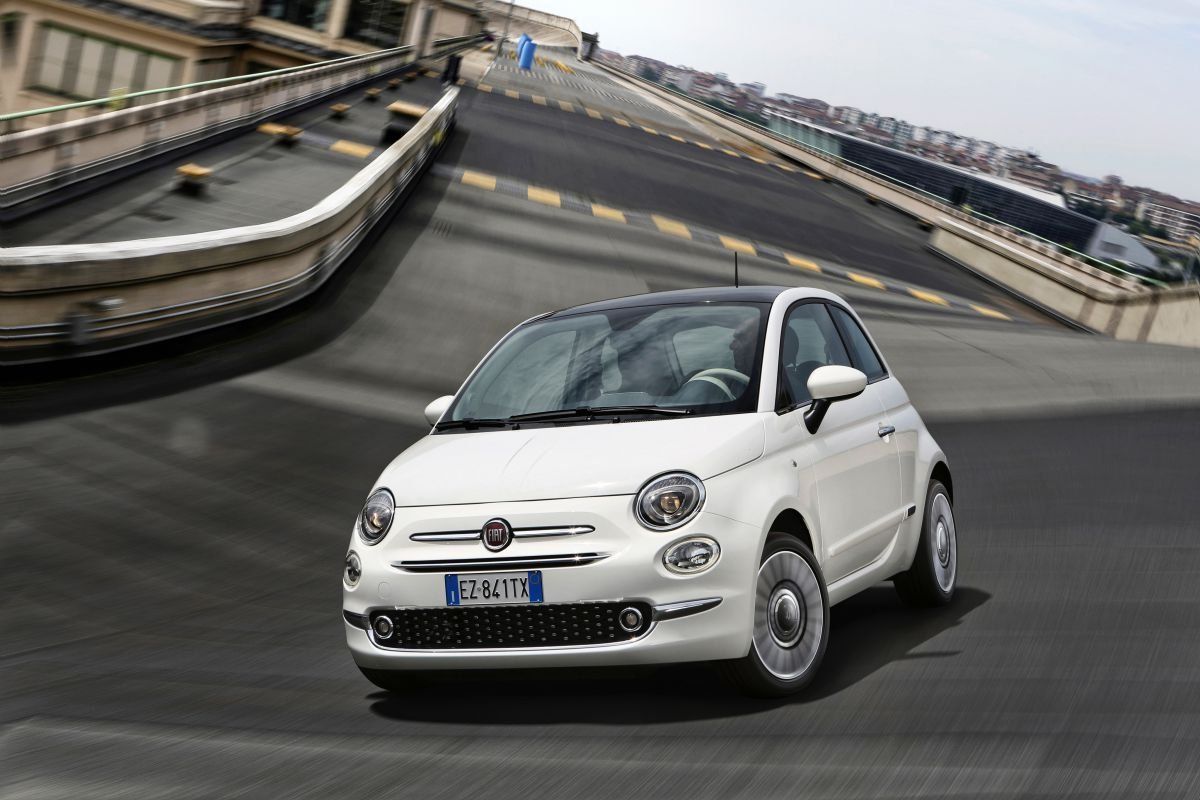 Honda N-One is a small kei car made specifically for the Japanese market where it was launched in 2012. It is quite obviously inspired by the styling of the 1970s N360 and N600 models which in turn were more or less Japanese Mini copies. The N-One uses a 660 cc engine and is only available with a continuously variable transmission. 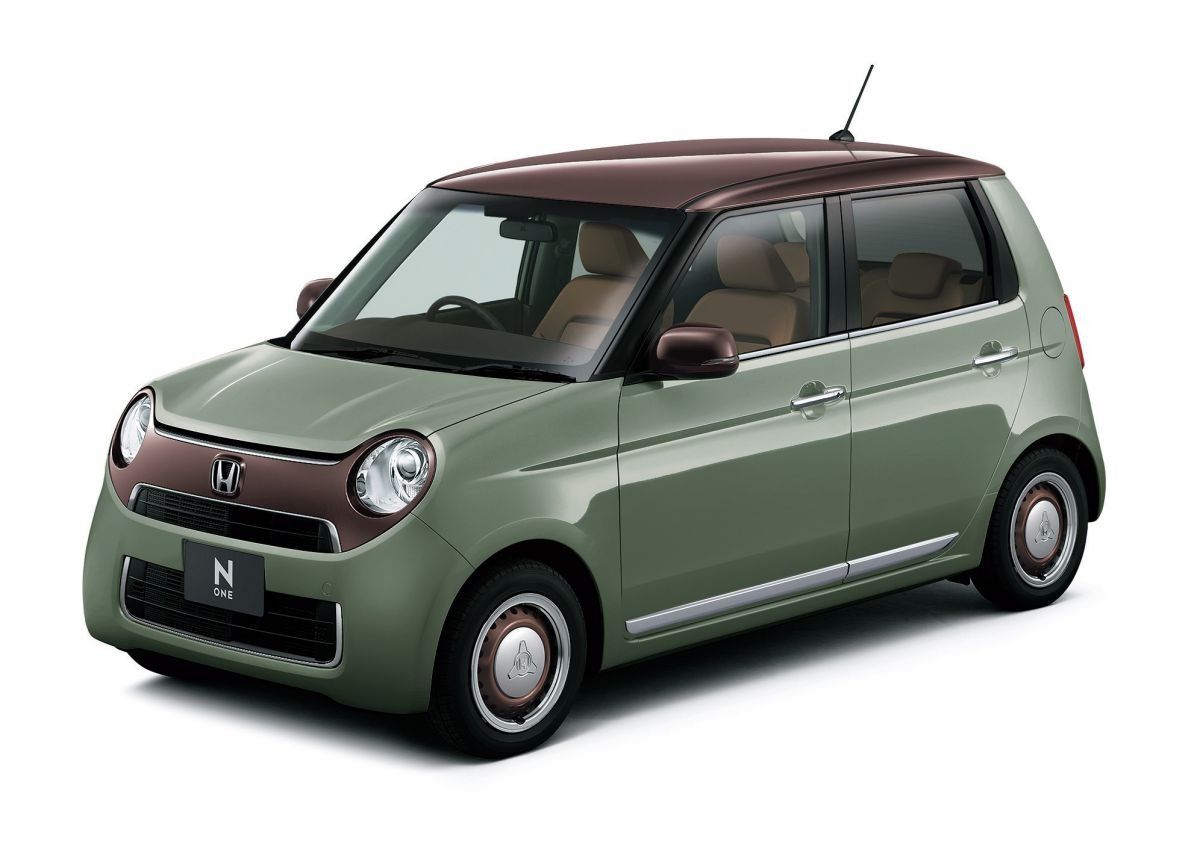 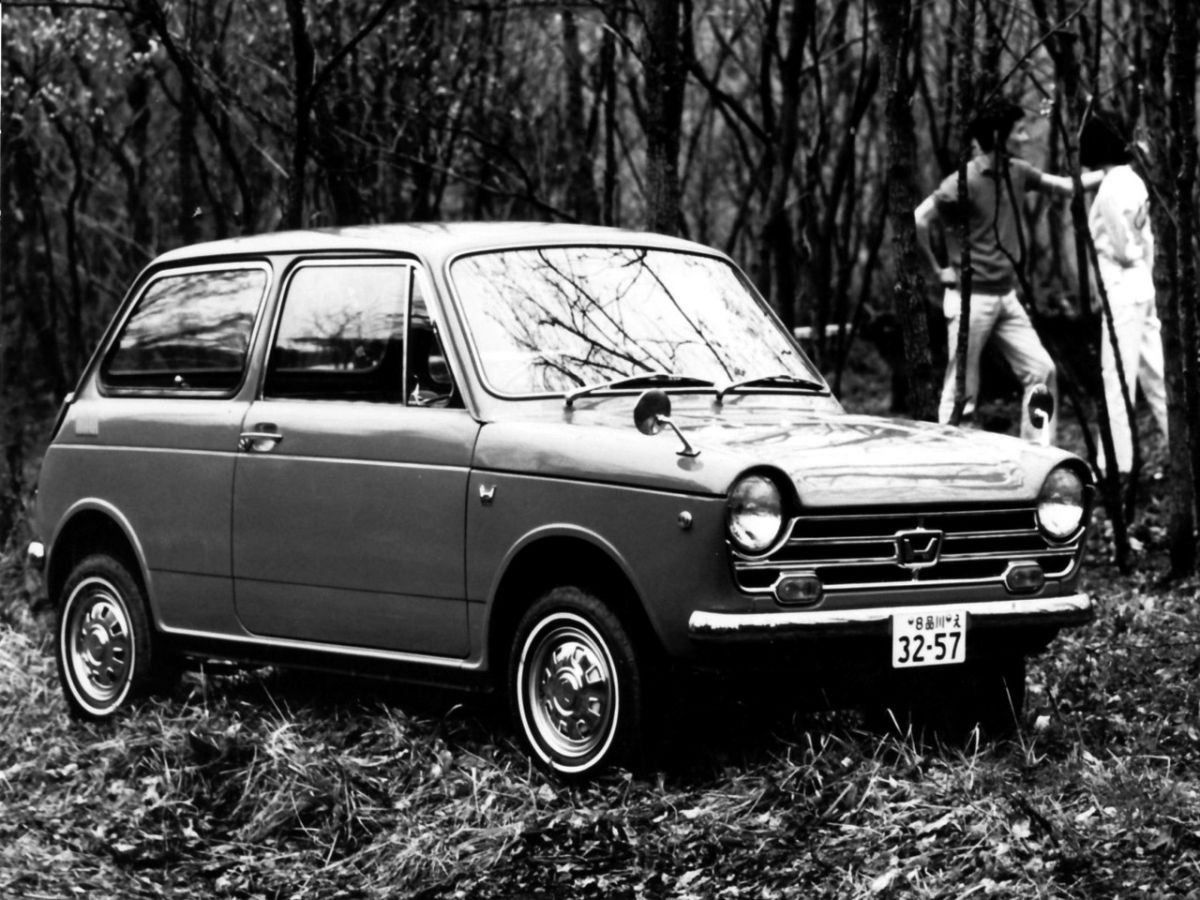 Jaguar F-Type may not immediately strike you as being retro-styled, but really its shape owes everything to the coupes of the 1960s. The name it bares is also a nod to the past and marks the F-Type out as the spiritual successor to the much-loved E-Type and you can also see an actual resemblance in the way the two cars look. Heck, Jaguar even went to great lengths to make the current car’s supercharged V6 engine sound very close to the naturally aspirated straight-six of the original. They don’t get any more retro-styled than the Jeep Wrangler which even in its latest generation may be hard to distinguish from older versions by anybody other than detail-hunting automotive buffs. Aside from the more steeply-raked windscreen, there’s little to differentiate the current Wrangler from not only its predecessor, but also the WWII Willys that started its styling trend. Suzuki Jimny is not so much retro-syled as it is genuinely retro. It is an old school three-door mini-SUV with proper off-road credentials and huge global following. The latest generation has been with us since 1998, but it’s still very obviously visually related to the first-gen model built from 1970 through 1981 - the boxy look will be retained for the next-gen model as well. Renault decided to revive and refresh the styling of its iconic 5 city car when it created the latest Twingo. The current model shares its underpinnings with the Smart ForFour but gets unique interior and exterior design, and the latter really helps it stand out - it looks like nothing else on the road and really isn’t a bad attempt to bring old styling up to date; too bad it’s not as good a car as some enthusiasts may have hoped it was, especially after hearing it was a rear-wheel drive vehicle. Mercedes is in the process of launching a new G-Class which looks 98 percent the same as the old one which also didn’t change much in its over 30 years on sale. The automaker has updated some details to make it look more modern and especially the interior is as fresh as in any current Mercedes, yet from the outside it looks pretty much the same as it has for decades. They don’t seem to be willing to change what is essentially a winning formula all that much, and who could blame them since there’s still demand for the big G. Volkswagen currently makes what is the second generation “new Beetle,” a bigger and better car than the first reimagined Käfer that debuted back in 1997 based on fourth-gen Golf underpinnings - this latest one (known as the A5) was launched in 2011 and is manufactured in both Mexico and Taiwan for the global market using a sixth-gen Golf platform. MINI is a brand built by BMW entirely around the image of the iconic Austin Mini and currently the main three-door hatch model is in its third generation, having also spawned an entire range of vehicles. The hatch itself can be had in a wide array of flavors, from the basic One all the way up to the Cooper S JCW hot hatch range topper. If there are any retro-inspired vehicles still on sale today that are missing from the above list, make sure to mention them in the comments.

Why not also check out these stunning Pininfarina-designed Ferraris are going under the hammer?

Mercedes G-Class vw beetle renault twingo fiat 500 classic retro suzuki jimny
By continuing to browse the site, you are agreeing to our use of cookies. Read more.
I Agree