And didn’t really find one...

Night photography is something I really enjoy trying out whenever I get the chance, and no recent chance felt more enticing to me than when I was given a BMW X2 for 24 hours in order to do a shoot.

So I got the car in the early afternoon but I didn’t start shooting right away as I wanted to wait for the sun to go down to commence my night shooting plan. The only photo of the X2 I took before the night was as I was leaving the BMW location where I had picked it up - loved the sky reflecting onto the glass and the way the car fit into the window frame. And I took it with my old iPhone 6, so it’s kind of very crappy quality-wise. During this downtime between the sun being up and bright in the sky to it fading past the horizon, I thought long and hard where to take the X2 to really make it stand out. Bucharest offers a quite a wide array of locations with different style, but most (aside from the shiny, modern parts) places have a grungy, faded glory kind of feel to them which I thought would be perfect for the task at hand. So I first took the X2 to an old industrial building with a rather enticing brick wall which thankfully wasn’t blocked by dozens of cars parked parallel to it. I parked there with two wheels on the curb (as is customary and totally not frowned upon in this city) and as luck would have it two of the nearby parked cars left at that precise moment. So I positioned the car in the middle of the newly created gap, unloaded my tripod and camera and started shooting away. I got a few (what I considered) interesting shots, but then I realized the car was a bit dirty as it had rained that day and I had driven the car through said rain. So after I got bored of the brick wall, I convinced myself to take the car to get washed to make it as shiny and nice as possible int he photos. Arriving at the automated car wash, there were three cars ahead which I thought would go through in around 15 minutes. But apparently everybody ahead of me had chosen the top wash process (the one which lasts the longest) and I ended up spending over 45 minutes just waiting - so I got the camera out and took some shots, one of which I quite fancied. 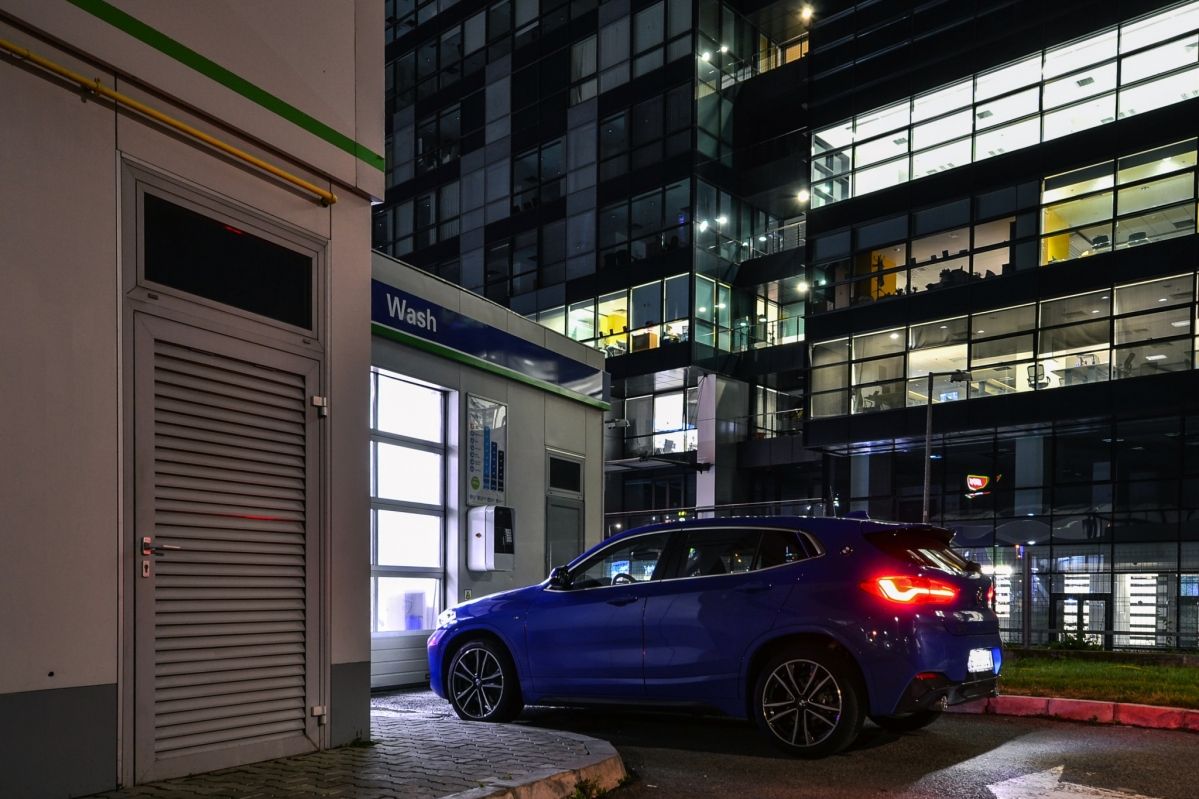 When I finally entered the automated wash, it was already well past midnight, and the wait had robbed me of my enthusiasm and initiative to take nice shots of this X2. So I did what was called for in the given situation - I took the car to the very edge of the city where new developments are being erected, where you get empty fields, then buildings or construction sites and then more fields, and started shooting there. 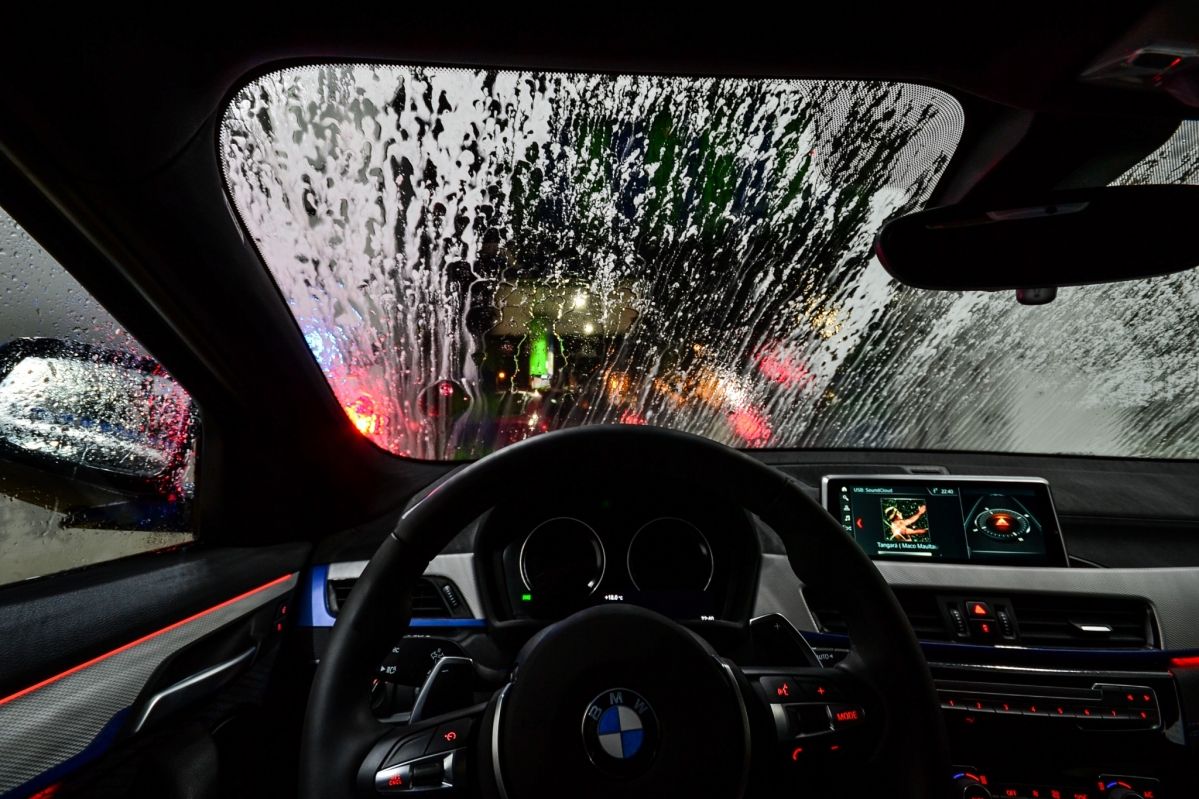 At the time (remember this was now nearly 2 in the morning) the scene felt quite surreal to me and it looked like the proper place to shoot a car such as the X2 and not only that, but it also showed a lesser seen sight of our glorious capital city. Now looking through the photos, I’m not really sure whether the location was good enough or if it did the car justice, but I made the most of it and I didn’t hate the shots when I checked them out the next morning while sipping my mildly sweet latte. But even if I may not have found the best location in the world, for the brief time it was with me, I really enjoyed the X2. It’s honestly the only high-riding BMW I’d buy with my own money, especially from among the even-numbered X models in their range. I like its darty handling, planted ride and the ample power form the 20d power plant - plus it feels considerably sportier than the X1 (which we tested here) from inside and also turns a great deal more heads than it. If you're interested in the car, check out our full video and written video review here and do also make sure to check out the proper photo gallery for photo gems like this one

BMW crossover suv bmw x2 photoshoot
By continuing to browse the site, you are agreeing to our use of cookies. Read more.
I Agree