Inside the world of Porsche's Exclusive Manufaktur department

If your Porsche is not exclusive enough, try the Exclusive Manufaktur treatment

Porsche is an exclusive brand, but for some, that's not enough.

But fear not, Porsche can make your car very exclusive, for the right price. 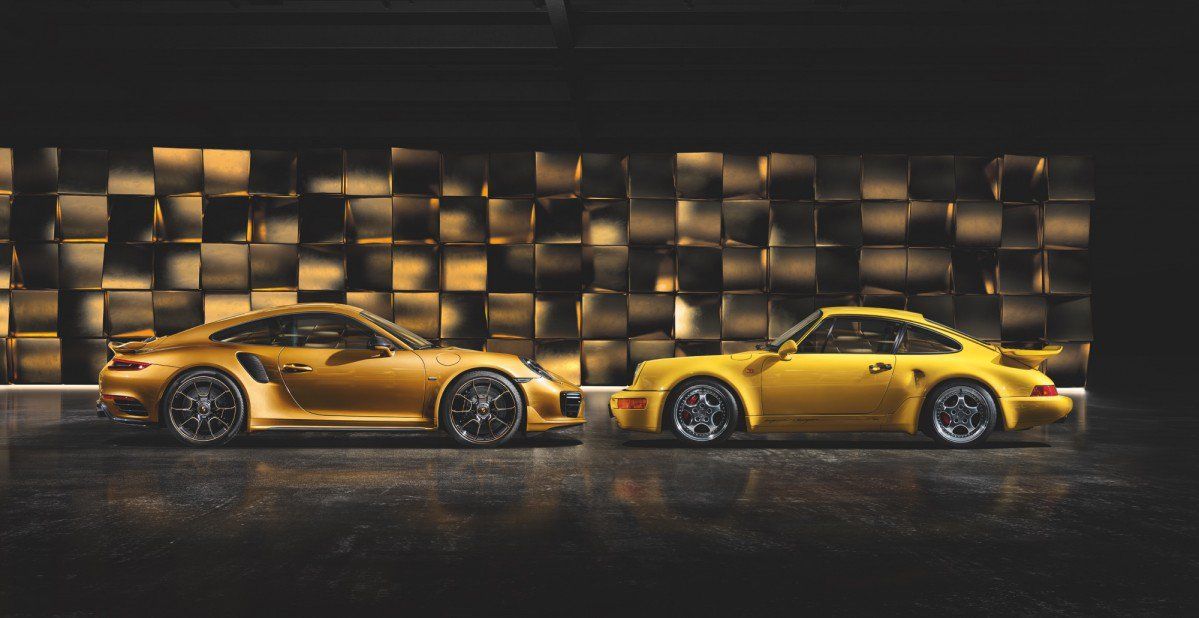 Because it always had different requests for more exclusive cars, Porsche founded a special department named originally Sondereunschprogramm - or the Special Requests Program, in a rough translation. Then, in 1986, the company rebranded its special requirements service to Porsche Exclusive. This department is responsible for some rare and exclusive iterations of the 911 model. Like the 935 Street from 1983, a special slant-nose 911 built for Mansour Ojjeh, the Saudi businessman who owned the TAG Company. This was the original spark that started the Exclusive small series. Where it all started

Among other special cars built by this department is the 911 Turbo 3.0 from 1975 owned by the conductor Herbert von Karajan, the only vehicle ever to feature the lightweight body of the Carrera RS, along with Martini stripes and large Turbo logos.

Also, seven examples of the Porsche 959 were produced for a sheik by the Exclusive department. 86 units of the yellow 911 Turbo S Lightweight from 1992/1993 (Typ 964) received the special treatment. In 1995, furniture designer Carlo Rampazzi takes delivery of the 911 Turbo Cabriolet painted orange inside and out. The unusual color choice was based on a plate that he brought with him to Zuffenhausen. 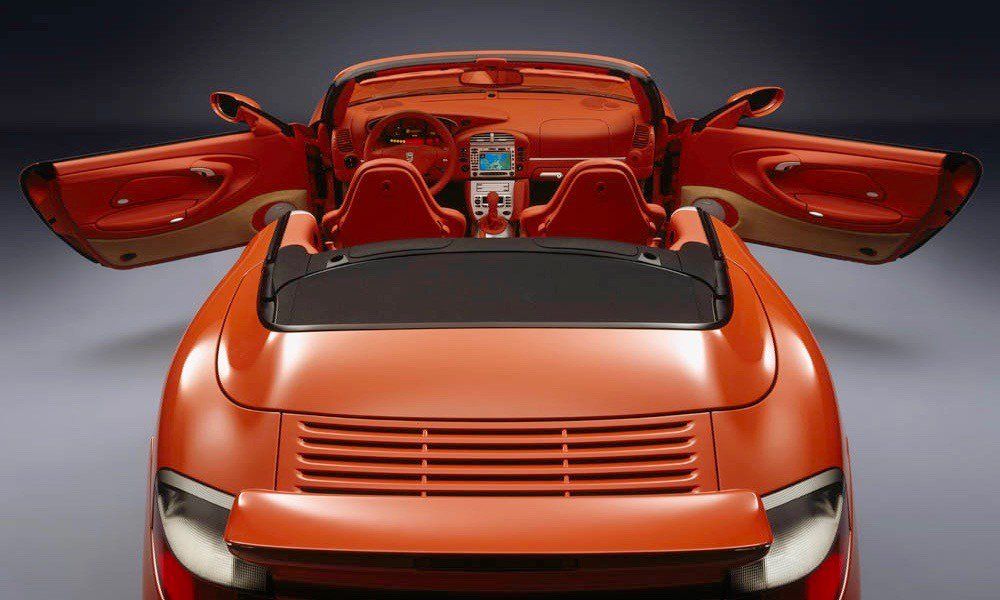 The 911 Speedster from 2010 is also the work of Porsche Exclusive department. It sits 70 mm lower than the standard 911 (typ 997), it has a sharply angled windscreen and the double bubble on the hood-box lid. Only 356 examples were ever built. One of the latest examples is the Porsche 911 Club Coupe from 2012, an hommage edition for the Porsche Clubs around the world. Only 13 examples were built.

Tucked away in a corner of the Porsche plant in Zuffenhausen, Stuttgart, the Exclusive Manufaktur Department has 180 employees and shuffles with more than 600 options for the current range of models. 38% of the 911s produced come to this department to be made even more exclusive.

The latest example of the work of Porsche Exclusive Manufaktur is the limited series Porsche 911 Turbo S Exclusive Series. Only 500 units will be built. The customisation of production vehicles is the core competence of Porsche Exclusive Manufaktur. With a wide range of visual and technical customisation options in the areas of external and internal finishes, lighting, wheels, engine and drive, Porsche Exclusive Manufaktur offers an extremely broad palette of options with which to turn a special production vehicle into an individual and highly personal customer vehicle. The individual enhancement options available through Porsche Exclusive Manufaktur include aerokits, sport design packages, increased performance, sport tailpipes, painted add-on parts as well as front and rear lights. Customers can use the Exclusive Manufaktur programme to design the interior to suit their taste and choose from a wide selection of decors, leathers, exterior colours, embossments, and stitching packages in a range of colours. Combined with the exterior finishes offered by the factory and the choice of leathers, the possibilities open to the customer are endless. The most frequently selected option is the embossed Porsche coat of arms on the headrests – a first taste of our customisation offers for many customers. Porsche Exclusive Manufaktur even offers additional wheel variants in a custom design featuring a special paint finish. During the workshop held in the Porsche Exclusive Manufaktur atelier, we've got close to the bits that make the new 911 Turbo S Exclusive, well, exclusive. Lots of special exposed carbon fibre in the bonnet, roof, rear spoiler and sills. This carbon fibre has copper wire woven into the mesh for a special golden glimmer. A small detail that makes a lot of difference. Special yellow golden paint, 20-inch wheels with specific design and two-tone paint and, of course, special badges that identify this model as a 911 Turbo S Exclusive Series. Customers can choose from Golden Yellow Metallic, which has been developed exclusively for the small series and is only available for this model, Agate Grey Metallic and Carrera White Metallic. As of February 2018, it will also be available in very limited numbers in Black, Guards Red and Graphite Blue Metallic. Manual stitching of the steering wheel at Porsche Exclusive Manufaktur.

We've got the occasion to sample the hand stitching of the steering wheel and we've even tried to stitch ourselves a leather key chain. And it's no easy work to handle the thread and needle. Journalists were put to work in Porsche Exclusive Manufaktur atelier.

The Matching Watch and Luggage

Porsche also brought specialists from the Porsche Design department to show us two important accessories that can be bought only if you purchase the special edition Porsche 911 Turbo S Exclusive Series. A conventional chronograph function records successive events through consecutive actions on the pusher: stop, reset and restart the timepiece. A chronograph with flyback function automates these three processes in rapid succession in stopwatch mode, ideal for motorsport timekeeping.

The timepiece is made from lightweight titanium. The carbon dial references the same carbon-fiber weave finish from the car and it's painted in the original vehicle color. The design of the back rotor mimics the wheel rim on the 911 Turbo S Exclusive Series. Other specialists from Porsche Design showed us the set of matching bags and cases specially made for the new 911 Turbo S Exclusive Series. Making good use of the same leather and carbon-fibre, Porsche Design has created some very stylish bags. 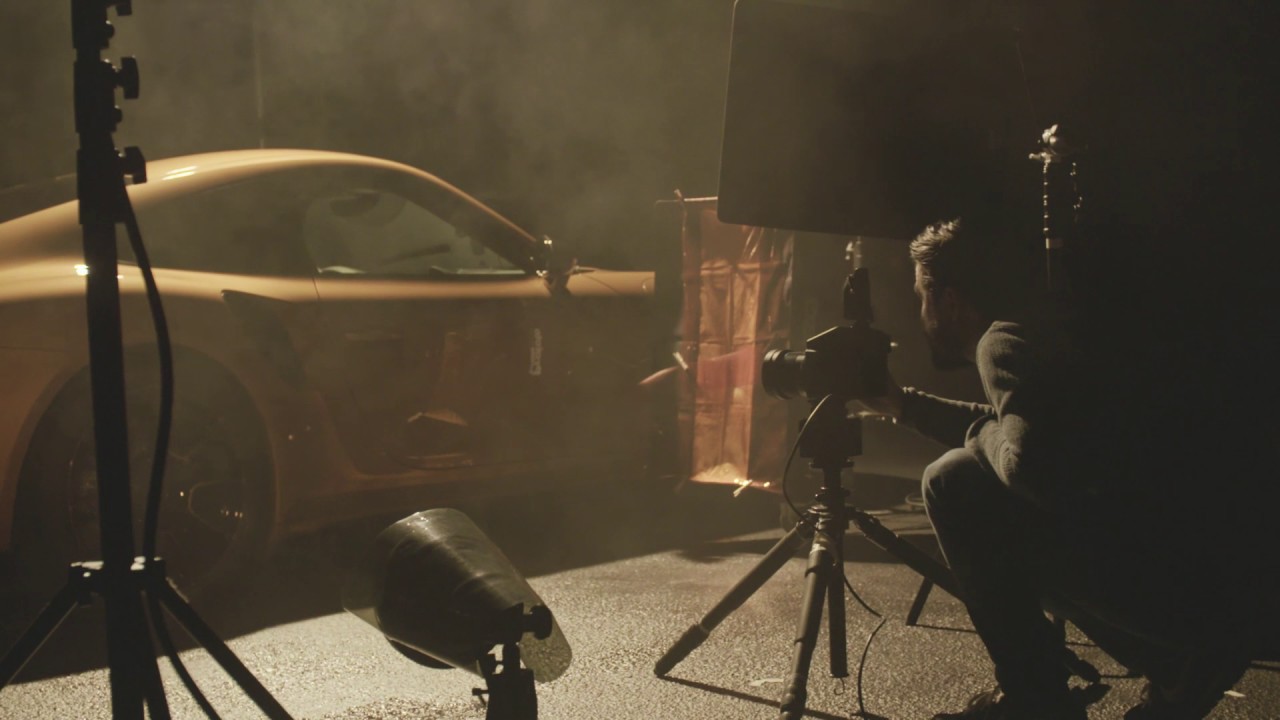 This consists of a large and small hold-all, a handy day bag, and a suit bag, all tailored to the luggage compartment dimensions of the 911 Turbo S Exclusive. We left the workshop in the Porsche factory after a full day and a lot of information to process. But Porsche had a last surprise. We actually got to drive the 911 Turbo S Exclusive Series. It was a short drive, but enough to leave us wanting more.

The 911 Turbo S is no slouch, but this Exclusive Series version is beyond impressive. Unleash all of the 607 hp and you'll be buried in your seat, while the engine is screaming in the back. 0 to 100 km/h is done ludicrously fast in 2.9 seconds. We've ended the drive thinking about easy ways to make €260.000. That's the starting price on the German market. porsche 911 911 turbo s porsche design porsche exclusive manufaktur exclusive series porsche chronograph
By continuing to browse the site, you are agreeing to our use of cookies. Read more.
I Agree