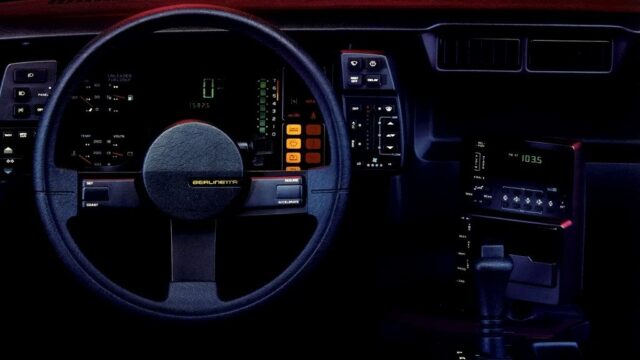 The final installment in our three-part look at 1980s digital gauge clusters in cars takes us to the land that perfected and refined the art of excess, the US. American cars of the 1980s were arguably the most opulent cars with digital gauges of the era; heck, they already had touchscreens in cars back then, so yeah…

American cars were really the only ones to retain their electronic instruments and improve them all through the 1990s too, in contrast to manufacturers from other continents who ditched them much quicker. In fact, America never stopped using digital dials, so the latest ones used in US cars are, in a way, a continuation of tradition.

Below I’ve assembled a list of as many pre-1990 electronic gauge clusters as I found rummaging around YouTube.