The Maserati Eldorado was short-lived, but changed race sponsorship forever

Some race cars are best remembered for their victories at Le Mans or Mille Miglia, or thanks to the big-name drivers that steered them towards success. But not all superheroes wore laurels. In fact, some of them put on liveries to promote a particular brand. And that’s how the Maserati Eldorado sprung to life.

In an attempt to promote his ice cream company - dubbed Eldorado - around the world, Gino Zanetti turned his attention to Maserati with a special request: the Italian businessman wanted a single-seater that would race in the Trofeo dei Due Mondi (Race of the Two Worlds). 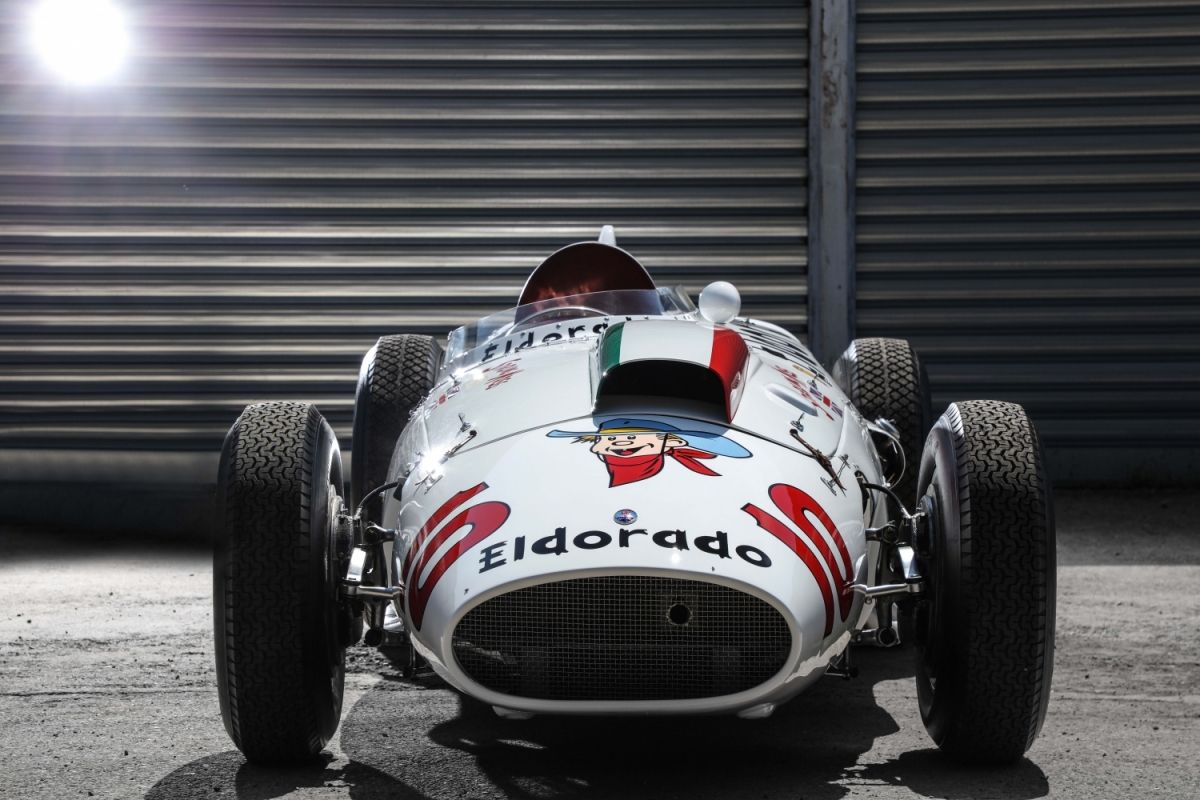 Why Maserati of all Italian carmakers? The House of the Trident was on a high, having secured the F1 World Championship one year earlier in 1957 with Juan Manuel Fangio behind the wheel of the 250F. Zanetti saw an opportunity in this situation and took it.

What’s more, the newly-coined Trofeo dei Due Mondi was under the patronage of the Automobile Club d’Italia and drew inspiration from the Indianapolis 500. Thus, it was a 500-mile race, but hosted by the Monza circuit, expected to attract the world's top drivers. Maserati engineer Giulio Alfieri was named head of the project and in just a few months he and his team came up with the Maserati 420/M/58, chassis number 4203. The race car relied on an engine derived from the twin-cam V8 powering the iconic 450S. The displacement, however, was reduced to 4,190 cc from 5,675 cc.

Subsequently, power also took a dive from 520 to 410 hp at 8,000 rpm. A particularity of this new race car was the offset positioning of the engine and transmission - 9 cm to the left. The aim of this solution was ensuring a more balanced weight distribution given the anti-clockwise direction of travel and the high-banking corners of the Monza track. A two-speed manual gearbox harnessed the engine’s grunt. The tubular chassis was a version of the one used in the 250F Formula 1 race car and together with Halibrand magnesium wheels and helium-filled Firestone 18-inch braided tread tires contributed to the Eldorado’s weight of just 758 kg. The Maserati Eldorado could reach 350 km/h (217 mph) and the first gear was only used to leave the pits, says Maserati.

Covering everything up was an aluminium body hand-crafted by Medardo Fantuzzi. The build stood out through an vertical aero fin positioned behind the cockpit and the prominent carburetor scoop up front. Finally, the race day came. On June, 29, 1958, Stirling Moss climbed behind the wheel at Monza. Ahead of him where three heats that would decide the final points table. Instead of the traditional color assigned to each country by the FIA - which was red for Italian race cars - the Eldorado displayed a cream-colored livery with the name Eldorado written in bold black along the sides of the car. The smiling cowboy logo sat on top of the race car’s nose and on each side of the rear fin.

Moss managed to secure the 4th position in the first heat and finished 5th in the second. The third heat, however, proved decisive as the steering broke at 250 km/h (155 mph) sending the Maserati crashing into the guard rails. The driver was able to walk unscathed from the crash. Overall, Moss and the Eldorado took the 7th place after the first two heats and the numbers of laps completed was taken into account. Unluckily, the 500 Miles of Monza race couldn’t secure a permanent slot in the race calendar, despite the large number of spectators and high entertainment levels it recorded.

The Maserati Eldorado, however, wrote history as it became the first single-seater in Europe to be sponsored by a brand not connected to the world of motorsport - in this case, a company that made ice-cream.

Below you can see the Maserati Eldorado going up the hill during this year's Goodwood Festival of Speed. Since we mentioned it, here's our photo coverage of the event. maserati formula 1 car history race car maserati eldorado
By continuing to browse the site, you are agreeing to our use of cookies. Read more.
I Agree