Going from white paint to no paint, Mercedes-Benz created a myth too beautiful to be harshly dismantled

This article is part of the #colorcult series of articles, in which we try to tell the stories of the most famous racing colors and liveries.

The Mercedes-Benz W196 F1 racing car is probably the most famous Silver Arrow you know. It competed in the 1954 and 1955 Formula One seasons, claiming both championship titles. Making proper use of a fuel injection technology (previously seen on a Messerschmitt fighter plane), the W196’s 2.5-liter inline-eight engine was able to develop 257 horsepower, outpowering its rivals. But the Silver Arrow nickname was born long before that. Two decades before, to be more accurate. 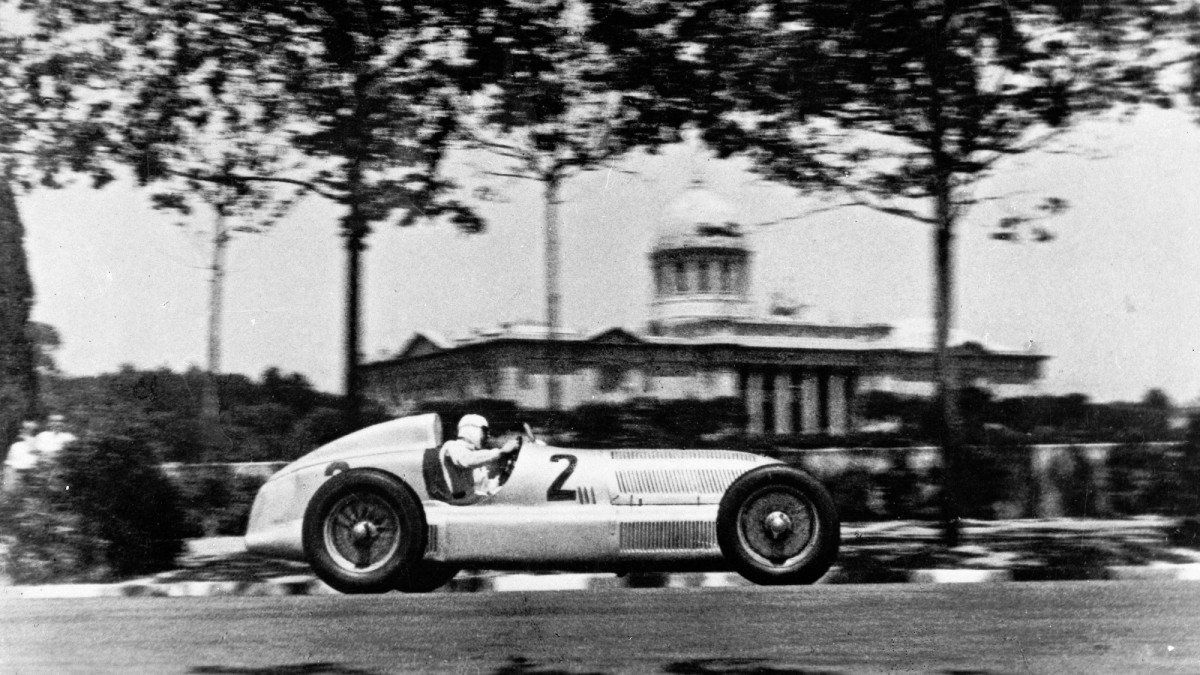 Back in the 1930s, AIACR proposed that the new race formula should restrict the car’s weight, from 900 kilograms (1,984 lb) to 750 kg (1,653 lb), without the driver, fuel, oil, and tires. The engine’s displacement, on the other hand, wasn’t affected, giving the competitors very different approaches. The dominating Italian racers were already counting on lightness over (more) power, so the new rules shouldn’t have had a significant impact on them. The Germans, on the other hand, struggled with the fat and old SSK. They needed to make massive changes. So they bred a new species of racing cars.

Sensing an opportunity for propaganda through Grand Prix racing, The Nazi regime started sponsoring the two teams representing Germany: the racing-hardened Mercedes-Benz and the newly born, unexperienced Auto Union. 450,000 Reich marks would cover less than 10% of Mercedes-Benz’s expenses for an entire season, so it didn’t mind the aforementioned “help” was actually split between the two teams. This was Hitler’s idea of “constructive rivalry,”  as it has been applied throughout the regime. Both German racing teams needed to rethink their cars in order to have a chance against the Italian dominators. The Auto Union came up with an MR (rear mid-engine, rear wheel drive) layout while Mercedes-Benz tucked the W25’s 4.3-liter unit behind the front axle. Both cars featured independent suspension on all four corners, improved brakes, streamline bodies and lightweight chassis materials borrowed from the aerospace universe. They were light and sturdy. But not light enough to compete, apparently. As the story goes, in June 1934, before the Nürburgring Eifelrennen race, the Mercedes W25 didn’t pass the scales test - which indicated 751 kilograms. As a flash point solution, both the team manager Alfred Neubauer and the driver Manfred von Brauchitsch proposed that the white paint should be removed from the bodywork. Said and done. Stripping the paint off the cars made them suitable for the race — which von Brauchitsch won. The memorable victory would lead to the birth of the Silberpfeil (German for “silver arrows”) nickname. Only this story doesn’t match the facts; there’s a reasonable doubt regarding the “scraping incident.” As history shows, the 1934 Nürburgring Eifelrennen race was, in fact, a Formula Libre event. The “Free Formula” was a very lenient type of automotive racing. Hence no weight restrictions were applied. Besides the fact that Alfred was a native “story teller,” there is no contemporary evidence supporting the paint stripping incident. Furthermore, witnesses are saying that the cars were silver when they left the factory. As a side, not-that-significant mention, the Eifelrennen Nürburgring was the second race for the Mercedes-Benz W25/Auto Union Type A pair. The official debut took place in the 1934 Avusrennen race, on May 27. Then, the podium was fully occupied by the Type A cars while the W25 didn’t even take part in the main event, as they have encountered technical difficulties during the practice sessions and couldn't make it to the race.

There might be (reasoned) doubt that Mercedes-Benz was the first to have established the Silver Arrows icons. What is undoubtedly true is that the German Silver Arrows were so good, only a war could stop them. Which is what happened.

As described by Anthony Pritchard in Historic Motor Racing, the 1934-1939 period was “six tumultuous years Grand Prix racing was dominated by the German Auto Union and Mercedes-Benz teams and provided a spectacle of speed, sound and fury never previously attained and never since matched.” 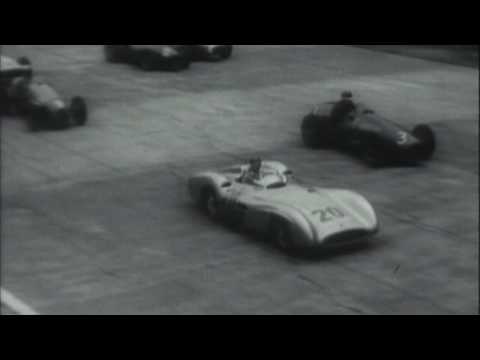 mercedes benz racing history colorcult grand prix silver arrows auto union w25 type a
By continuing to browse the site, you are agreeing to our use of cookies. Read more.
I Agree