When it comes to long-standing automotive partnerships, few companies can match the unique relationship Aston Martin and Zagato have.

It's a match made in heaven, no doubt about it. After all, we're talking about one of Britain's most iconic luxury car manufacturers and one of Italy's most creative and prolific coachbuilders and design houses. What could go wrong? Nothing actually, because, over the years, the partnership between the two legendary enterprises has spawned some of the most attractive automobiles that have ever seen the light of day.

The following chronological list includes nine superb Aston Martin models bodied by Zagato that have been produced or will be made in the coming future. We've also included a concept vehicle that never made it to production, as well as three one-off cars commissioned to mark Aston Martin's 100th anniversary. Enjoy! 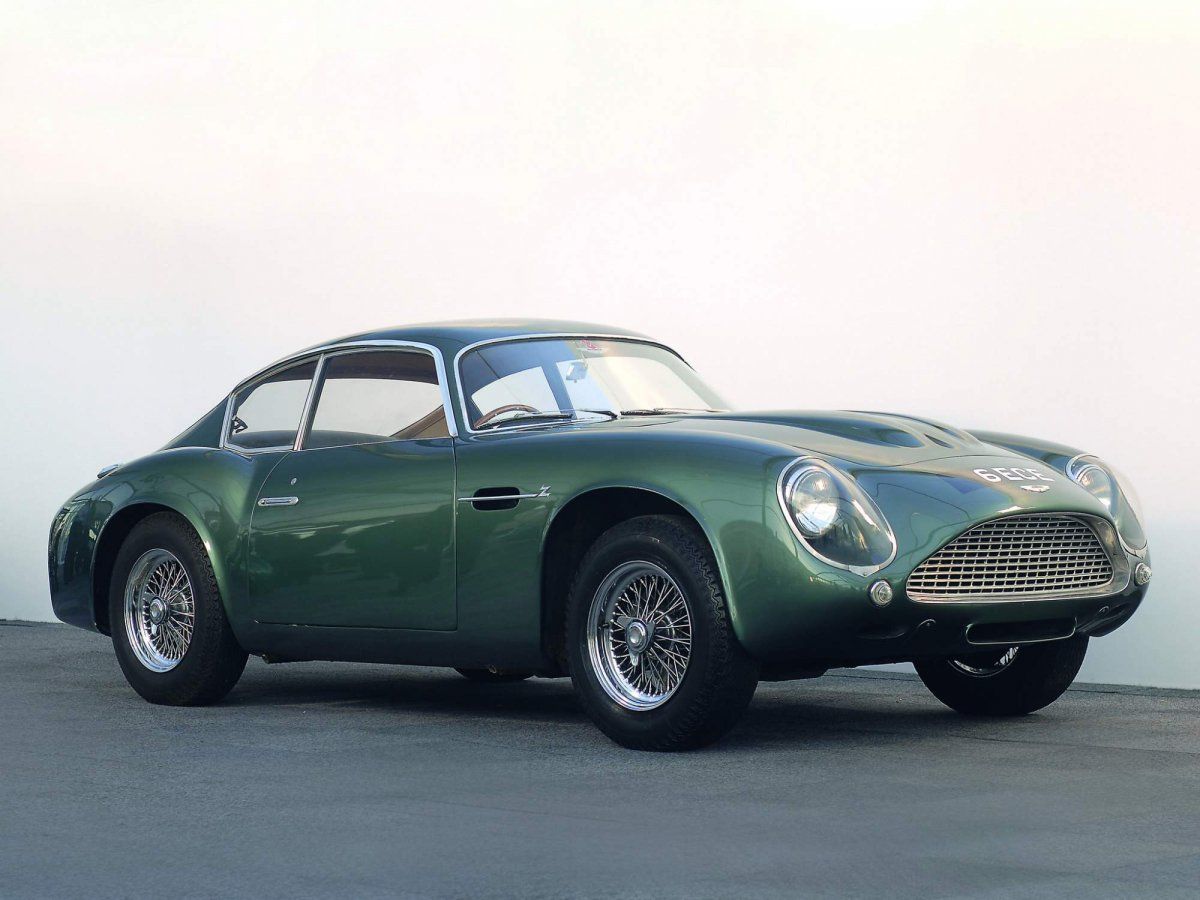 The automotive love story started in October 1960, when Aston Martin and Zagato unveiled their first joint project, the DB4 GT Zagato. A gorgeous take on a seminal design (the DB4 went on to shape Aston Martin's design language in the following years), the model was a lighter, more aerodynamic, and more powerful version of the DB4. Designed by a young Ercole Spada as his first project for Zagato, the DB4 GTZ (as it is also known) had the body modified at the coachbuilder's factory in Italy and featured more flowing and more elegant lines than the donor car. To many people, including myself, it looks much better than the DB4 it was based on. Sadly, it didn't quite catch on. Only 19 units were produced between 1960 and 1963, each featuring a 314-bhp 3.7-liter inline-six engine that allowed for a 0-60 mph sprint of 6.1 seconds and a 153-mph top speed.

Since they're so rare and beautiful, DB4 GT Zagatos are one of the most expensive classic cars in the world — on the seldom occasions they change hands, that is. It took Aston Martin and Zagato 23 years to get together again after the final DB4 GTZ was built in 1963. For its second project with the British luxury car manufacturer, Zagato chose to modify the Aston Martin V8 Vantage and give it an entirely different bodywork. 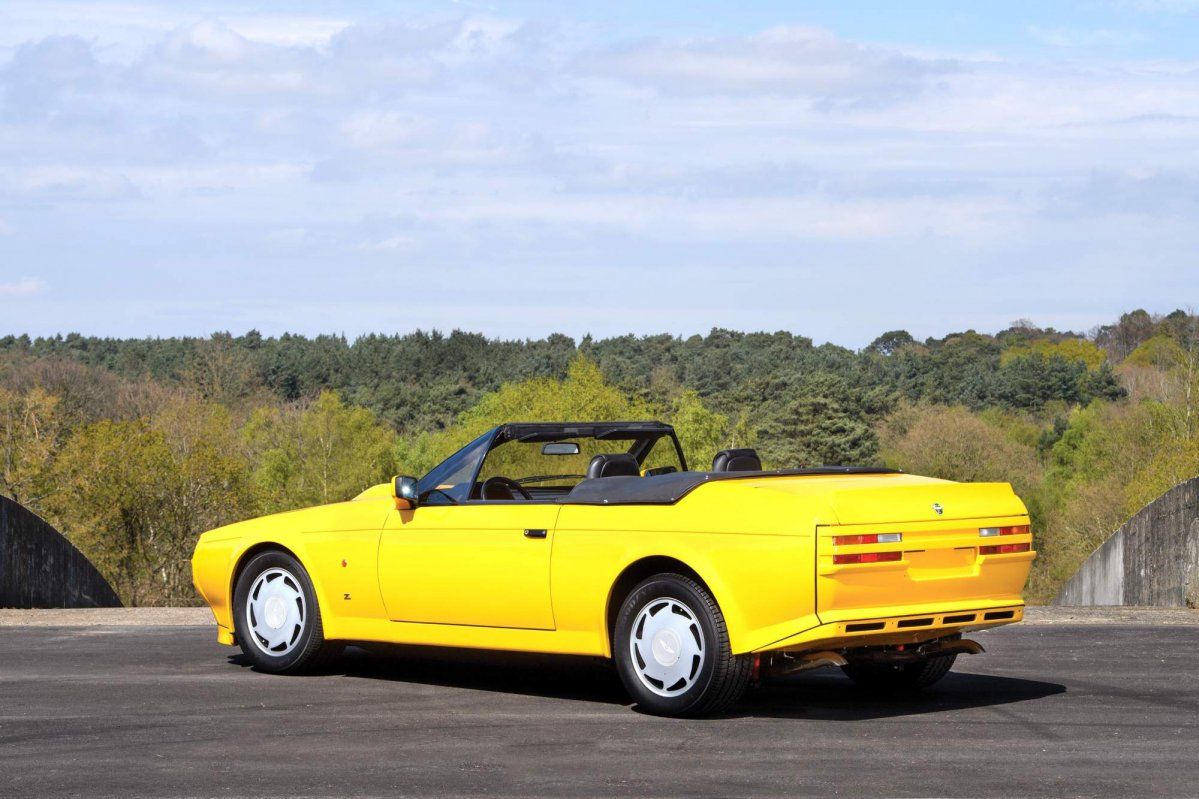 While the standard V8 Vantage looked more or less like a Mustang Mk1, the V8 Zagato adopted a much more modern shell. Zagato described the design as an angular interpretation of the DB4 GTZ of the 1960s. However, it didn't quite look like an Aston Martin, and the squared-off grille was a turn off for many. 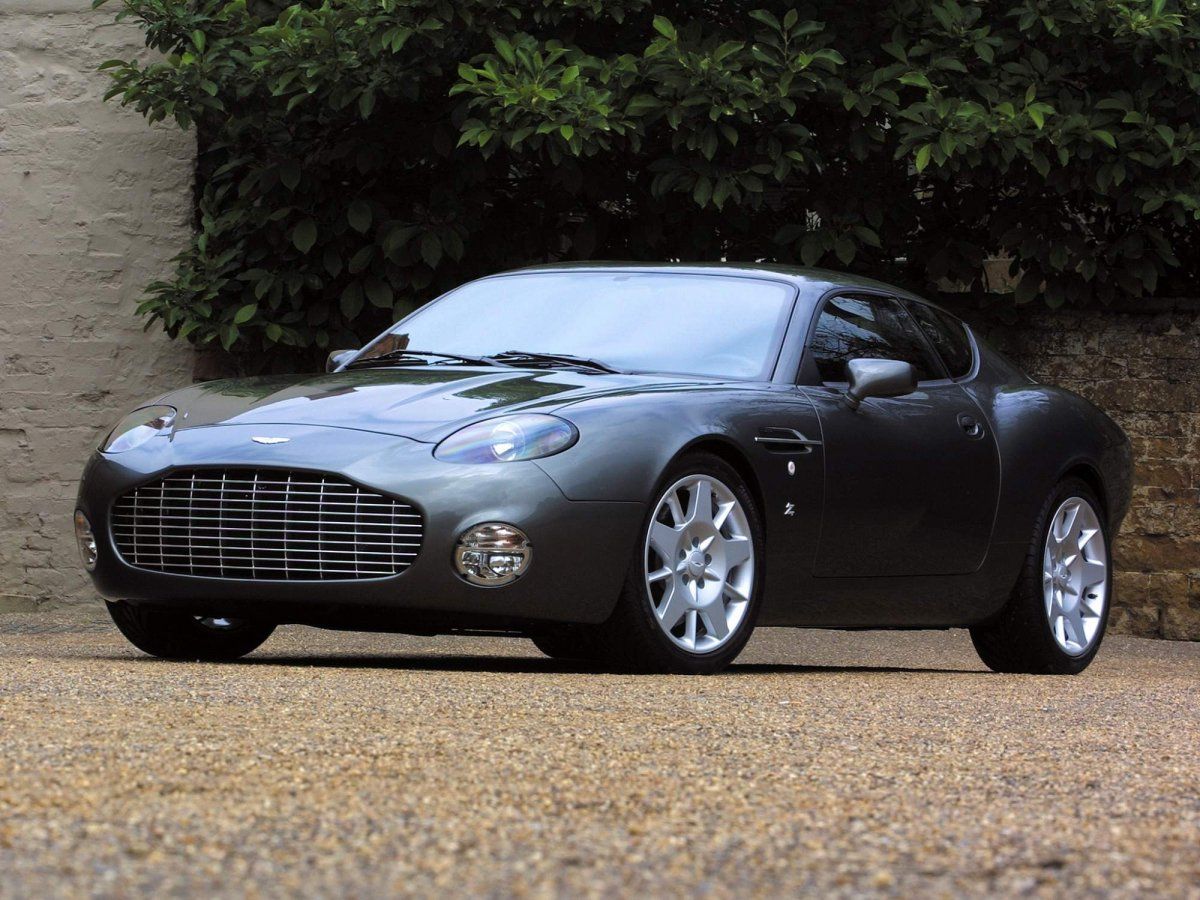 The Aston Martin DB7 not only shaped the brand's design language for 15 years to come but also marked a new stage in the company's longstanding partnership with Zagato — it was the first 21st century model from Gaydon to wear the Milanese firm's Z on the fenders.

A gorgeous car in stock form, the Ian Callum-designed DB7 grew some visual muscle in 2003 when Zagato unveiled its interpretation of the British grand tourer. Changes compared to the stock DB7 included the larger grille, the signature Zagato "double bubble" roof with a sculpted rear window, the bulged rear haunches and front fenders, as well as a unique rear end with single round taillights and a drop down boot lid. Built as a strictly limited production run of 99 cars, the DB7 Zagato was only available in the UK, Europe, and South East Asia. It used a 440-bhp version of the V12 engine mated to a 6-speed manual transmission. 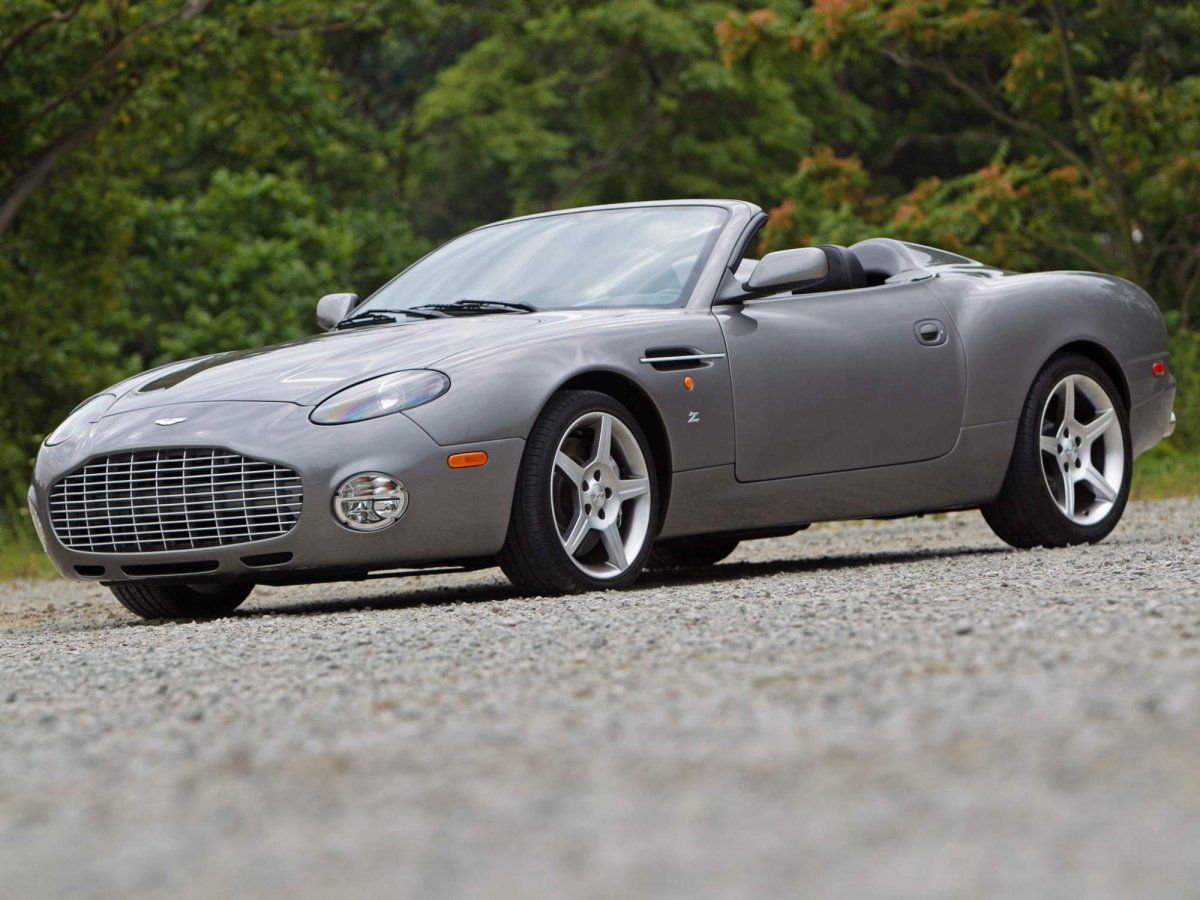 The DB7 Zagato was not offered in the United States due to homologation problems. However, the U.S. got the DB AR1 (American Roadster 1). Styled by the same Italian coachbuilder, the DB AR1 used the standard DB7 Volante chassis to overcome type approval issues. 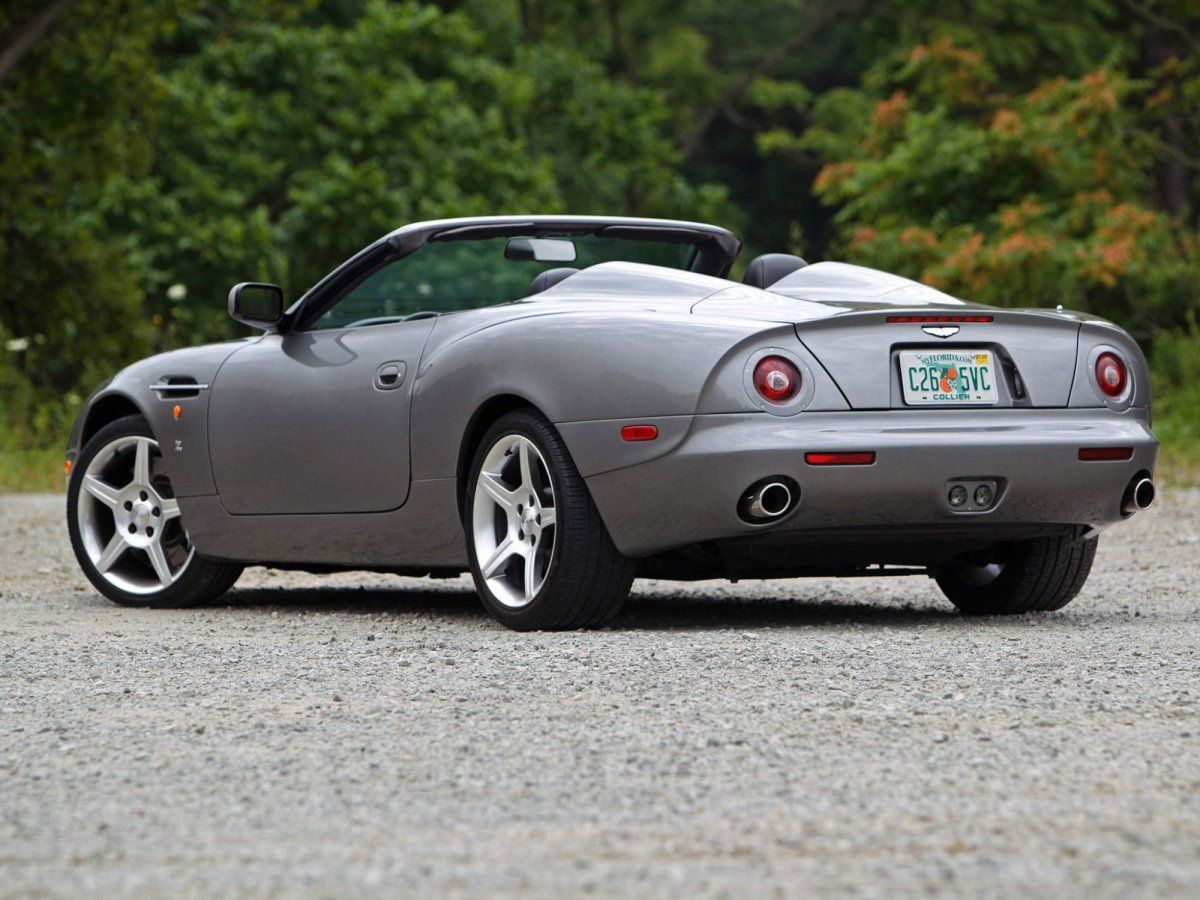 As with the DB7 Zagato, the DB AR1 used the standard 5.9-liter V12 from the DB7 Vantage with Touchtronic transmission. It looked very similar to its fixed-roof counterpart, sporting the same large grille, while the twin cowls behind the front seats echoed the coupé's "double bubble" roof design. The AR1 had no roof or hood covering — it only came with a simple rain cover to protect the leather interior when parked outside. Just 40 AR1s saw the light of day. 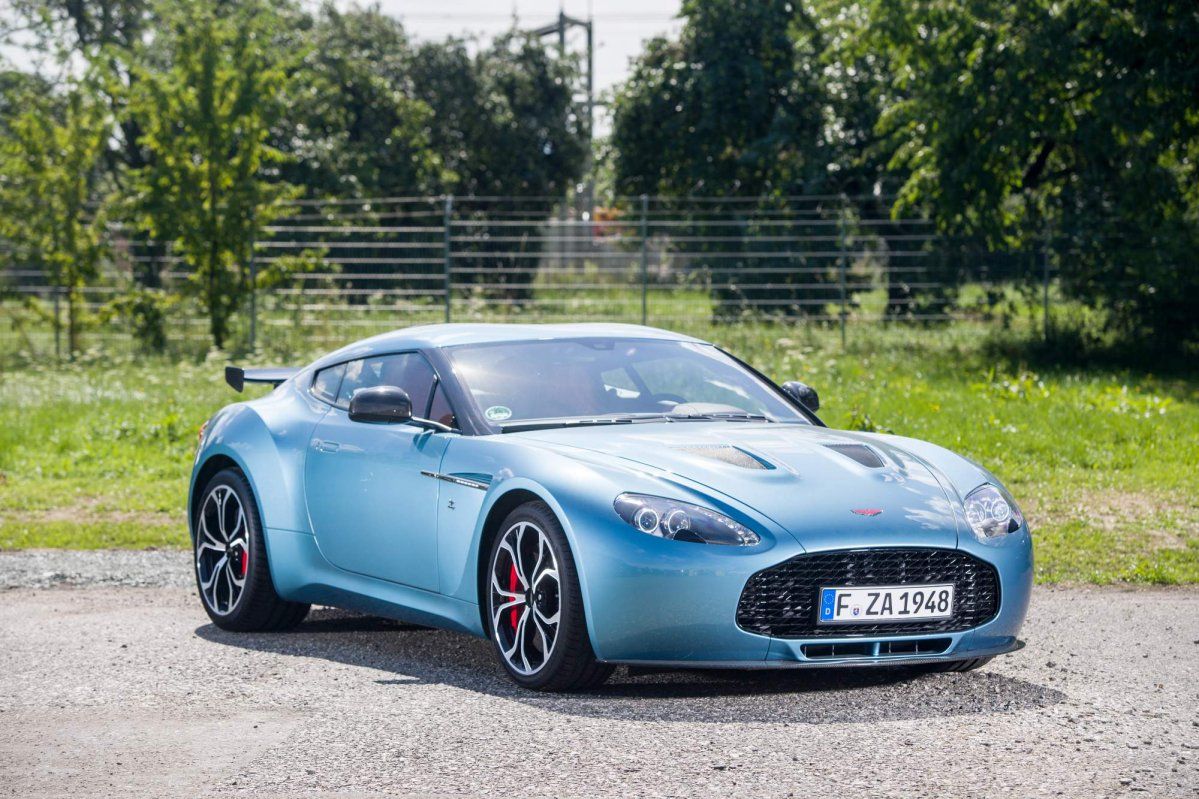 Built as a tribute to the 50th anniversary of the DB4 GT Zagato, the V12 Zagato launched in 2011 in a limited production run — only 101 units were built.

It shared the 510-bhp 5.9-liter V12 engine and six-speed manual transmission with the V12 Vantage but featured a hand-crafted aluminum and carbon skin that featured elements seen on previous Aston Martin Zagatos, such as the "double-bubble" roof and short overhangs. 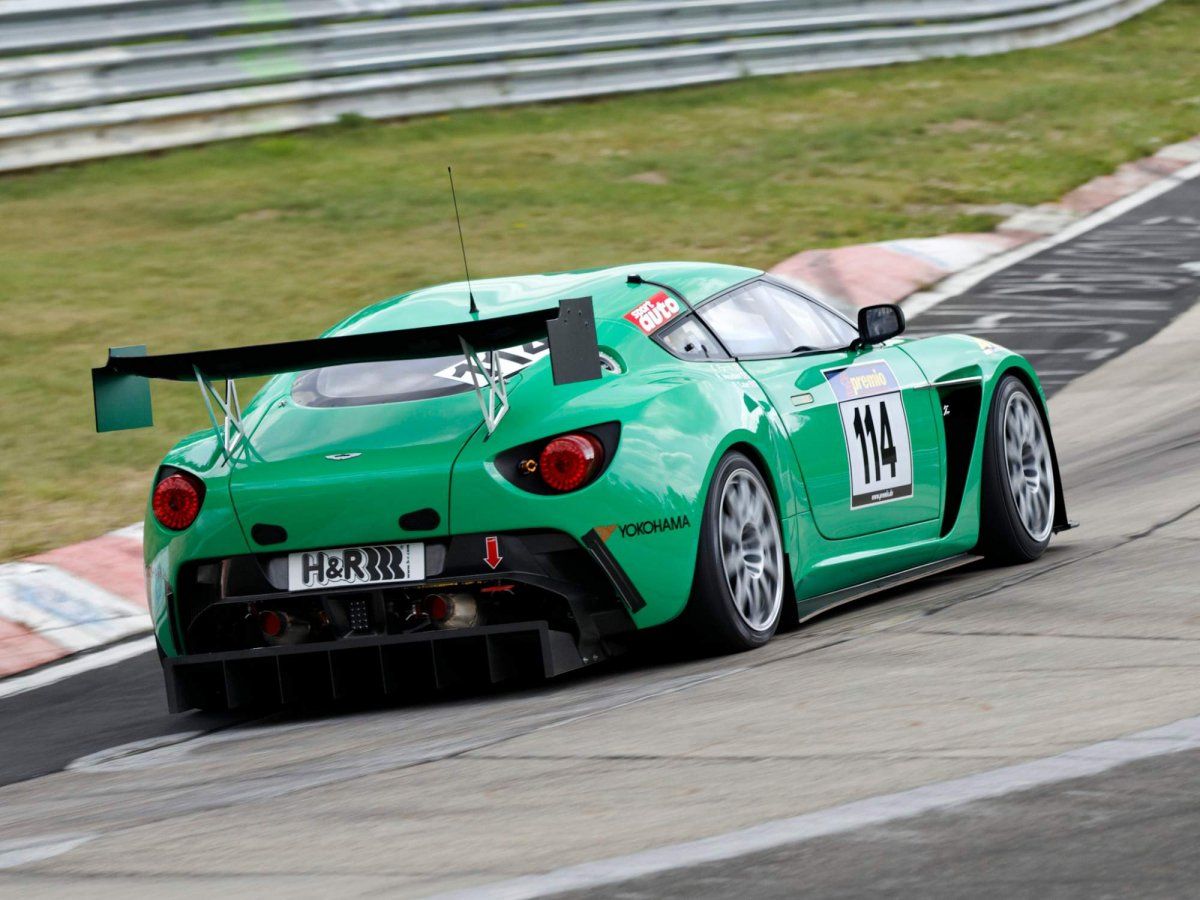 While the V12 Vanquish Roadster Zagato never entered production, the current generation Vanquish is by far the Aston Martin model with the most Zagato variants.

Unveiled at the Villa d'Este Concorso d'Eleganza in 2016, the Vanquish Zagato Concept was so well received that Aston Martin decided to build 99 units of the stylish coupé. The carbon fiber body features distinctive Zagato styling cues such as the "double-bubble" roof, round taillights (now in a Vulcan-inspired "Blade" design), gaping grille, and wraparound glasshouse that reminds of the V12 Zagato. 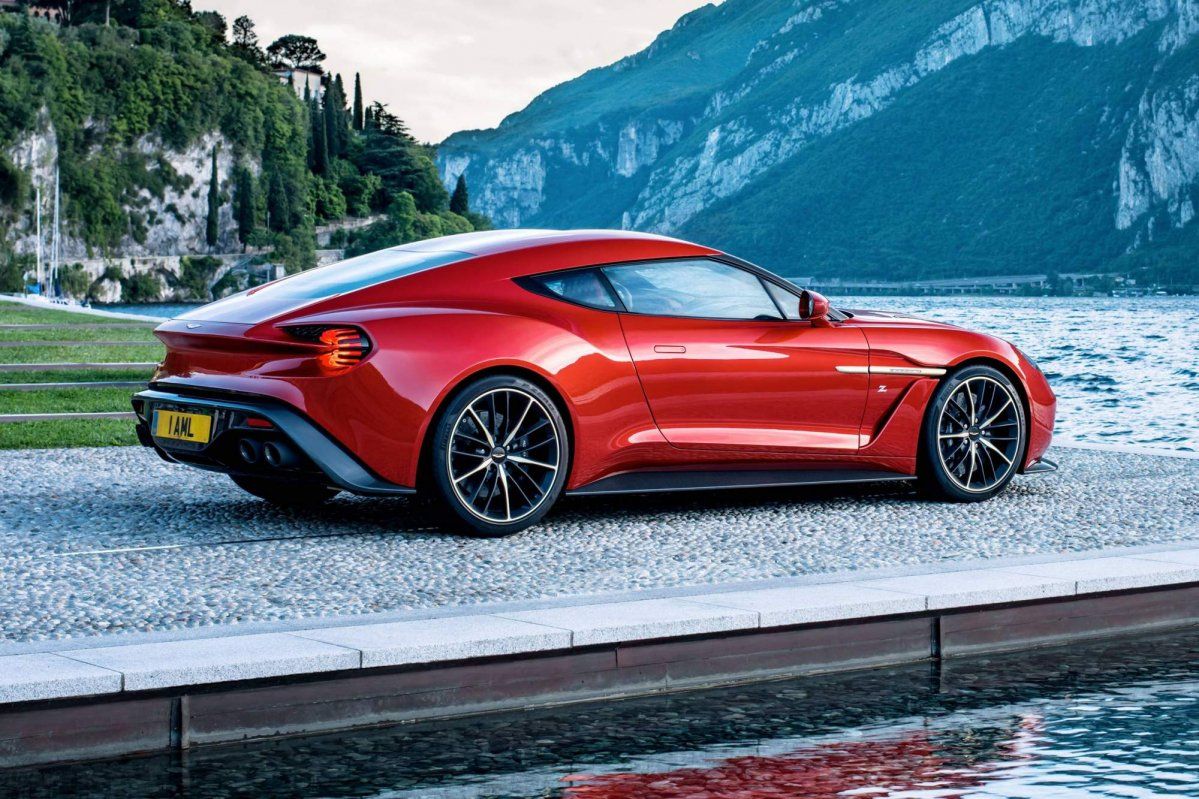 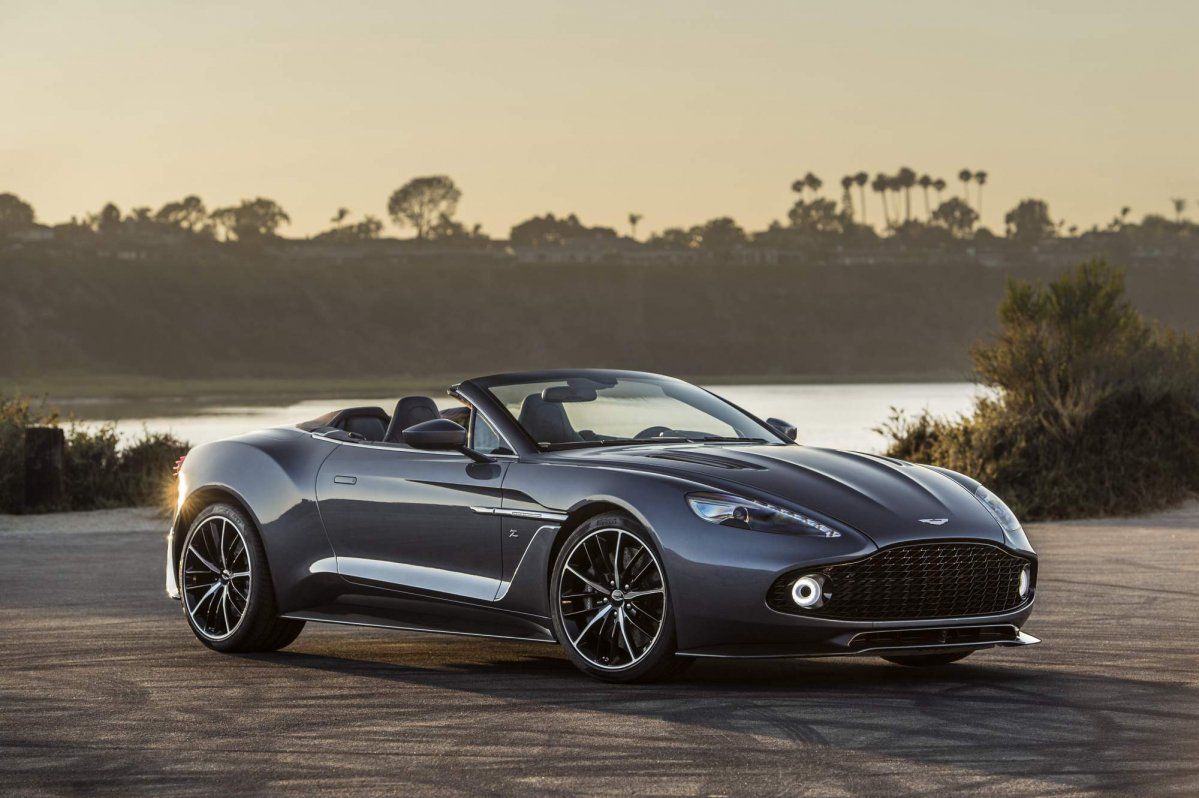 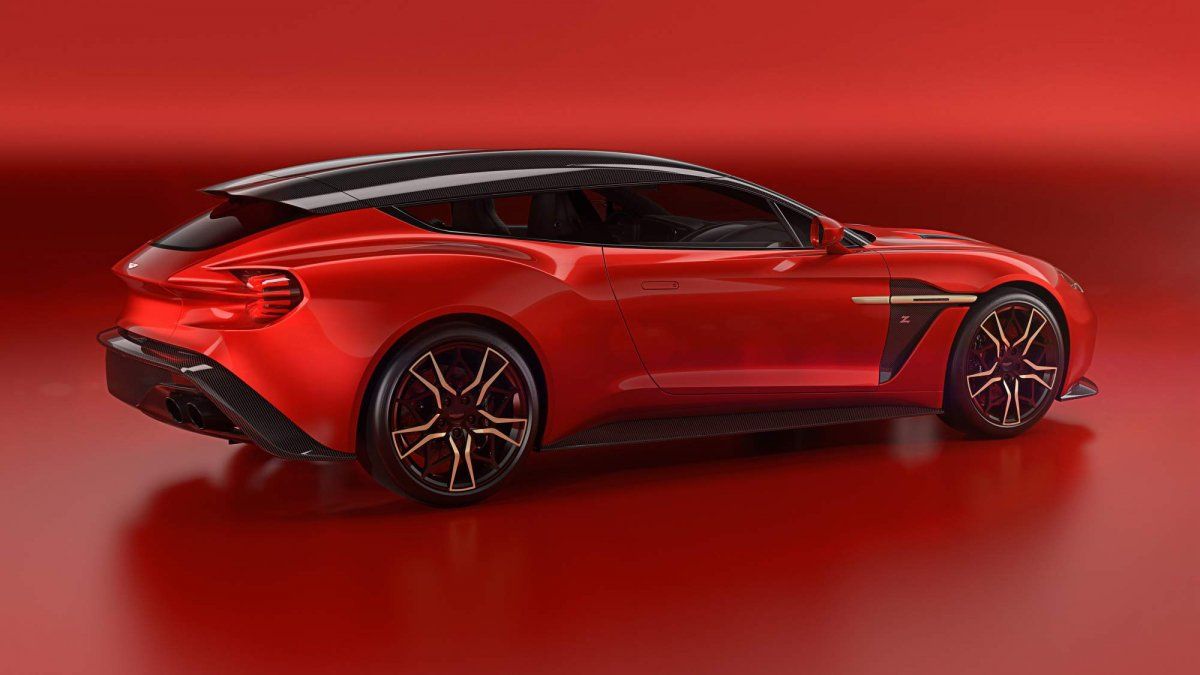 Probably the most intriguing Vanquish Zagato version is the Shooting Brake, which will enter production in 2018 in a limited run of 99 units. While a strict two-seater, it adds practicality to Aston Martin's GT thanks to a larger cargo area complete with a tailored luggage set, as well as a powered tailgate. It features the same powertrain as the other Vanquish Zagatos. The rarest of them all, the Vanquish Zagato Speedster will have a production run of just 28 units. Going into production next year, it features "an uncompromising roofless design that expresses the raw excitement of an open-top ultra-high performance sports car" — Aston Martin speak for drop dead gorgeous.

The dramatic appearance owes a lot to the Speed Humps that rise up to form streamlined cowls flowing back from the seats — a reference to Zagato's signature "double-bubble" roof. It's mechanically identical with the other members of the Vanquish Zagato family.

The one that didn't make it: 2004 Aston Martin V12 Vanquish Roadster Zagato This has got to be one of the most low-key Zagato-bodied Aston Martin models ever made. The V12 Vanquish Roadster Zagato's front end is identical with that of the stock V12 Vanquish, with changes restricted to the removal of the solid roof, the addition of a new rear bumper, as well as the fitting of round taillights — similar to those of the AR1. 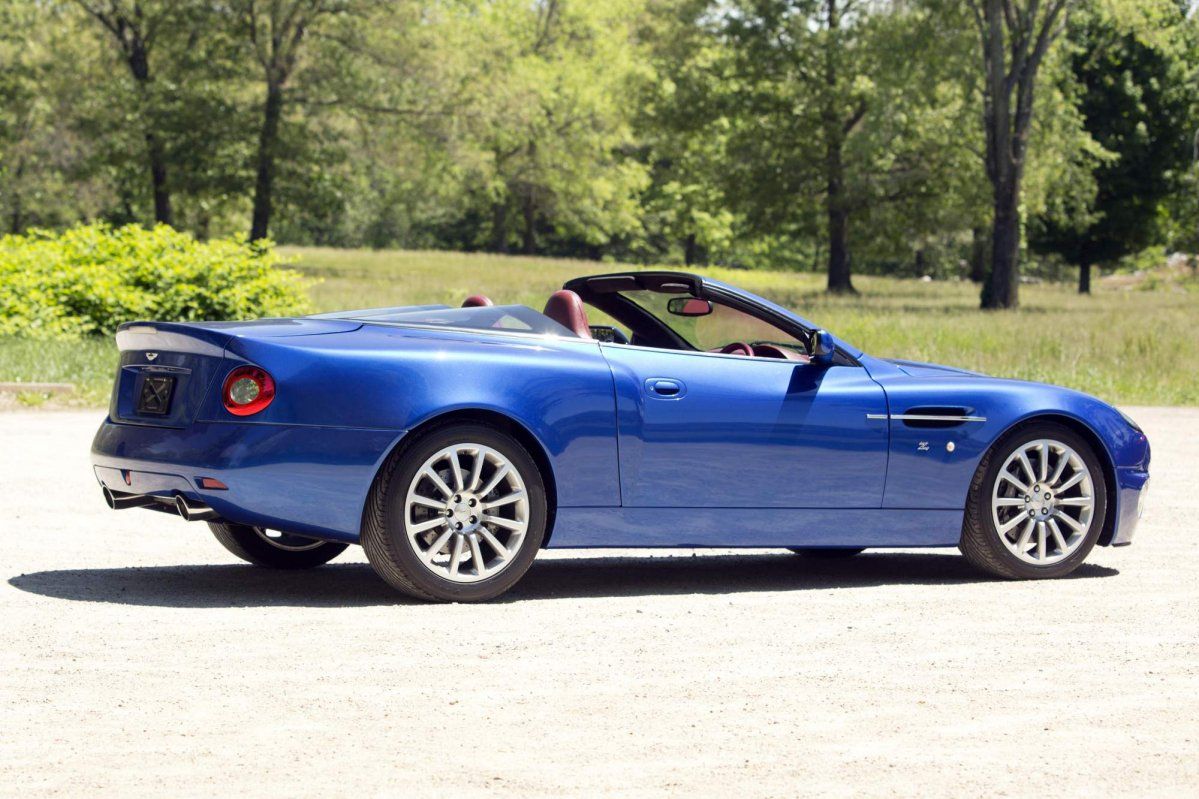 Unlike the AR1, however, the V12 Vanquish Roadster Zagato is said to feature an electrically folding canvas roof. Based on a pre-production V12 Vanquish, the Roadster debuted at the 2004 Geneva Motor Show with the promise of a small production run. Unfortunately, roll-over protection issues led to the project being canned. 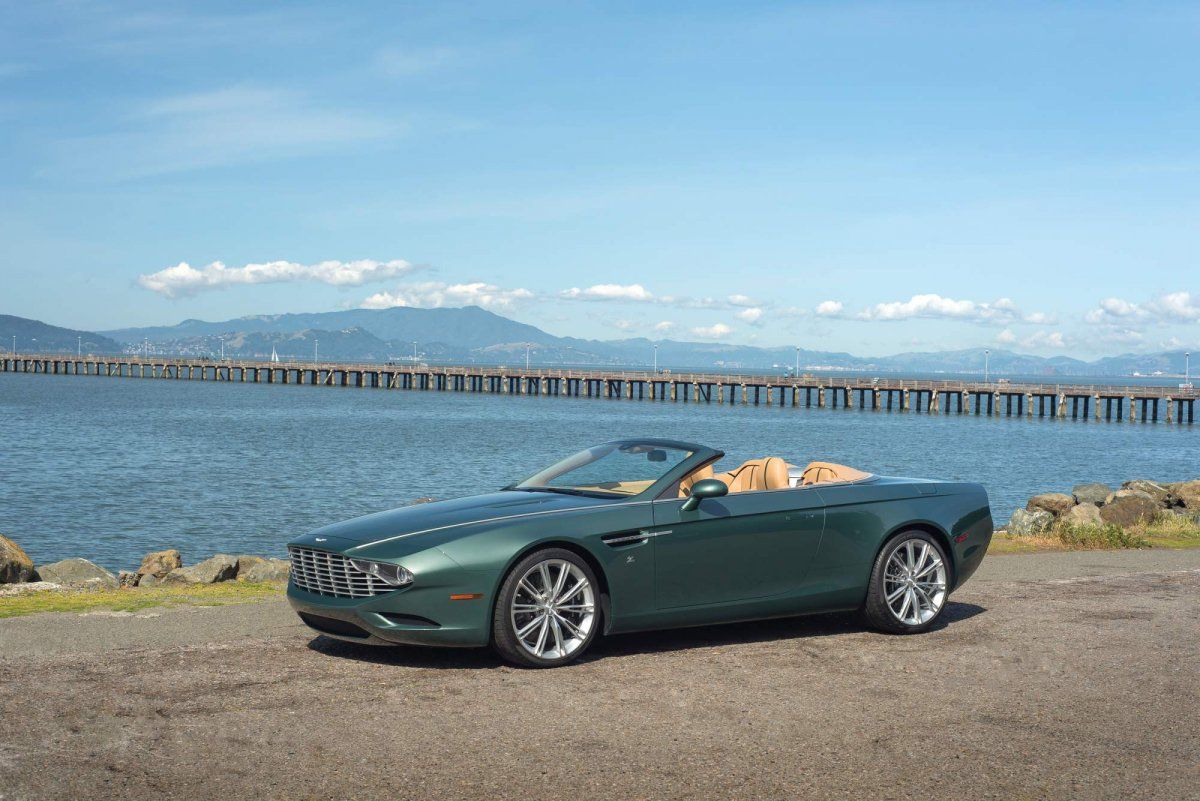 The cars shared a more straight-edged design compared to the V12 Zagato, harking back to the V8-powered Vantage and Virage models from the 1980s and 1990s. For all their uniqueness, maybe it's better they remained one-offs because they're not as exciting as other Zagato-bodied Aston Martins. 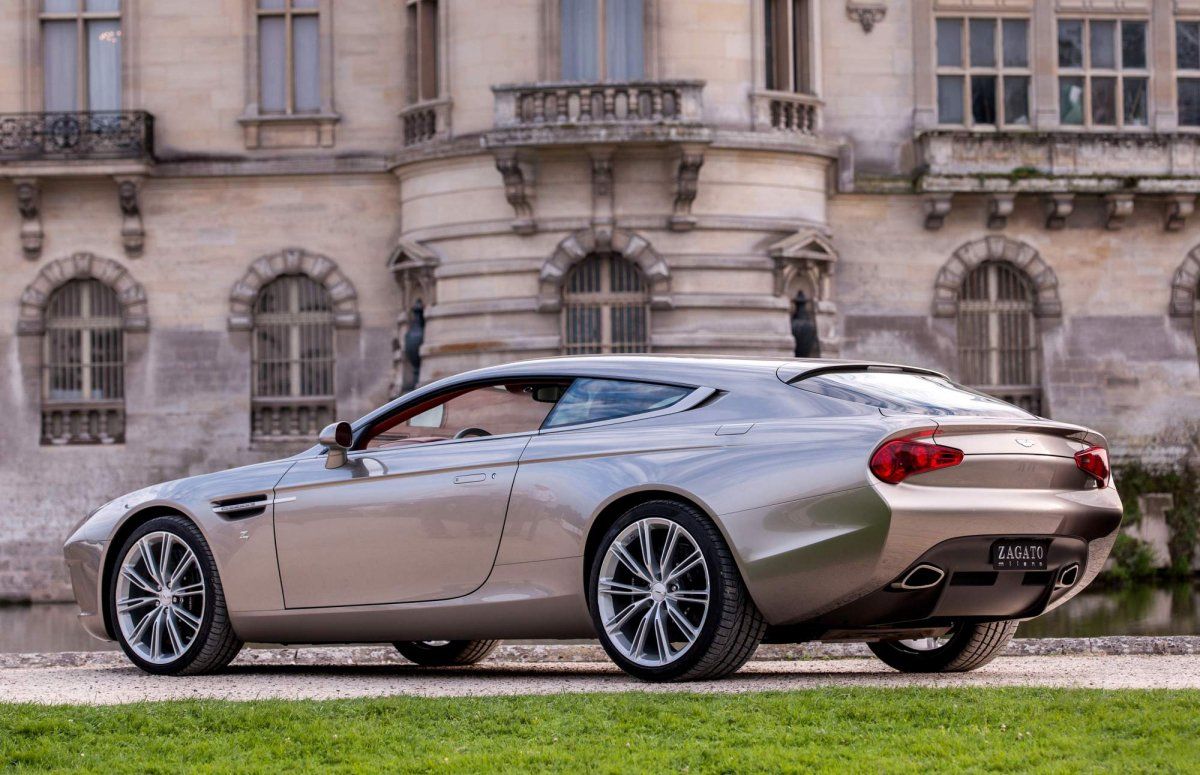 If you're a fan of coachbuilt cars, check out some of the finest creations of the 1940s.