An act of French assiduity, the Kadjar is Renault's second take on the still-desired crossover segment. Does it have what it takes to claim a slice?

This isn't the first time Renault was here. Following Qashqai's booming success in the crossover segment, the French carmaker used the Renault-Nissan-shared platform for creating the Koleos, a car the potential buyers weren't quite prepared for, mainly due to the car's questionable look (which is a fancy way of saying it was ugly). So here's weirdly-named Kadjar, a good-looking French crossover built on the Qashqai platform, only priced beneath its Japanese brother. So, what's different, then? 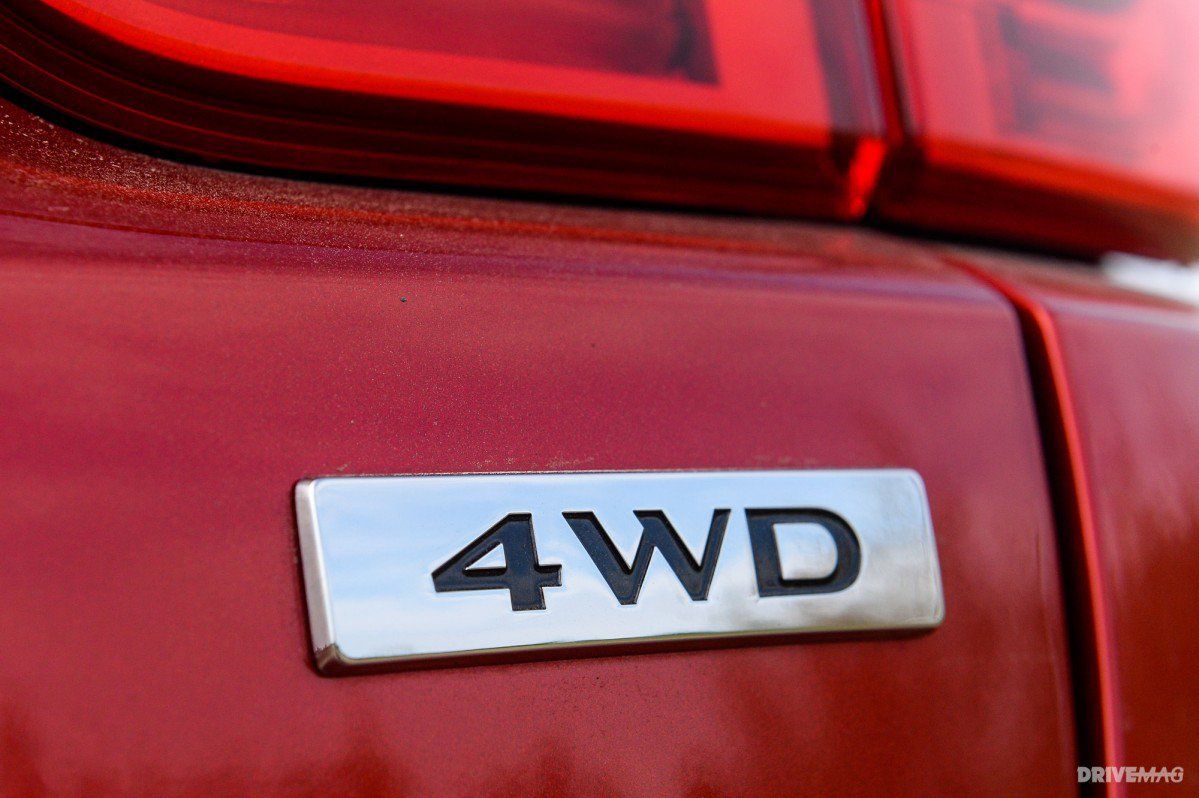 The 1.6-liter diesel found in our test car is one of the best choices Kadjar's body. With 128 horsepower, and a wonderfully-proportionate six-speed gearbox the Kadjar will deliver honorably.
Mated to the manual 'box, your Kadjar will also have an all-wheel-drive doing all the torque management; the 236 pounds-feet 1.6 dCi is also the only unit that can support the 4x4 feature. 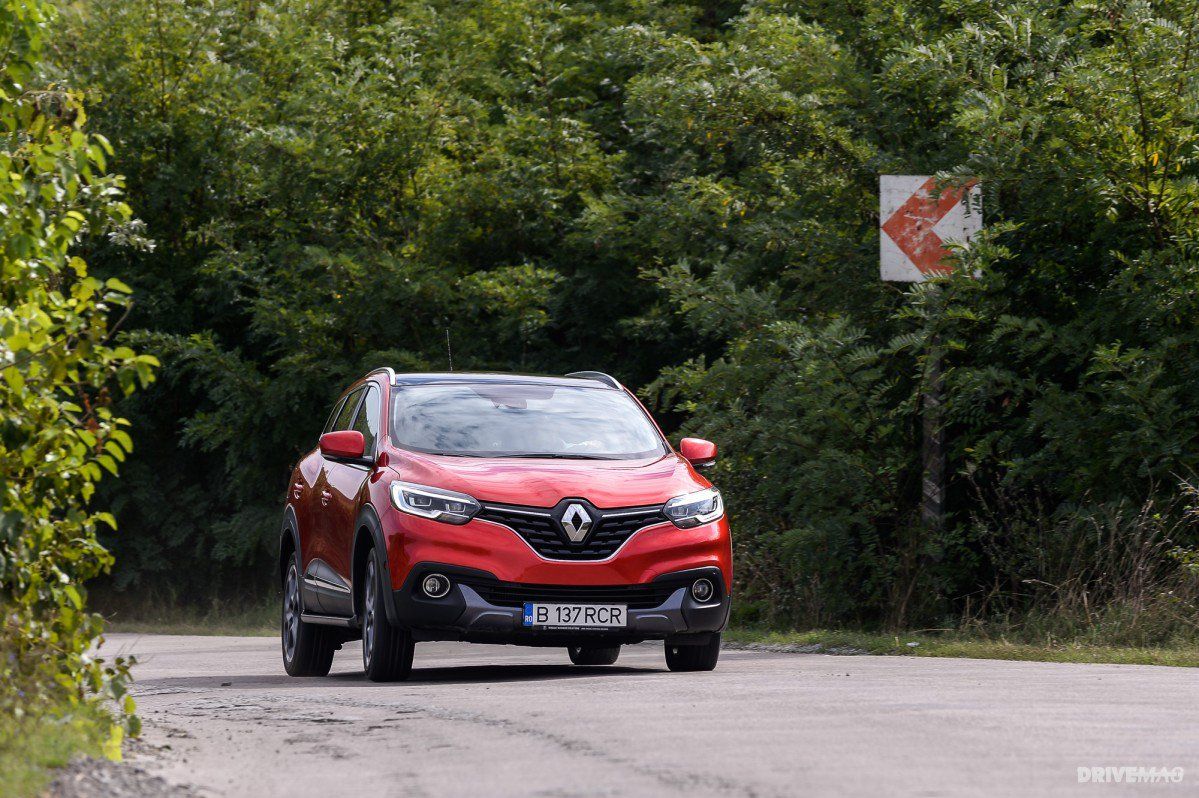 Besides the fact that is an SUV (albeit a "compact" one), there are some things that might make you think this is not quite a driver's car; the 19 cm ground clearance is one of them; the relatively high seat position and the gearbox's long throw are the other two.
Interestingly, its ride is not that bad. It commendably copes with moderate centrifugal forces, and its electric steering is set to offer a bit of resistance, so you won't feel as disconnected to the road as you'd think. The Kadjar does not take the cornering bit as lightly as its Captur sibling (whose design it replicated, probably trying to give this impression), but it does not fall far behind the actual hatchbacks. I would be much easier to tell what our Renault Kadjar test car didn't have: adaptive cruise control, a feature still not available for the compact SUV. Otherwise, besides having airbags all-around, the Kadjar features pretty much every electronic assistant you can find in this class, from the automatic high-beam lights to traffic sign recognition to automatic parking. 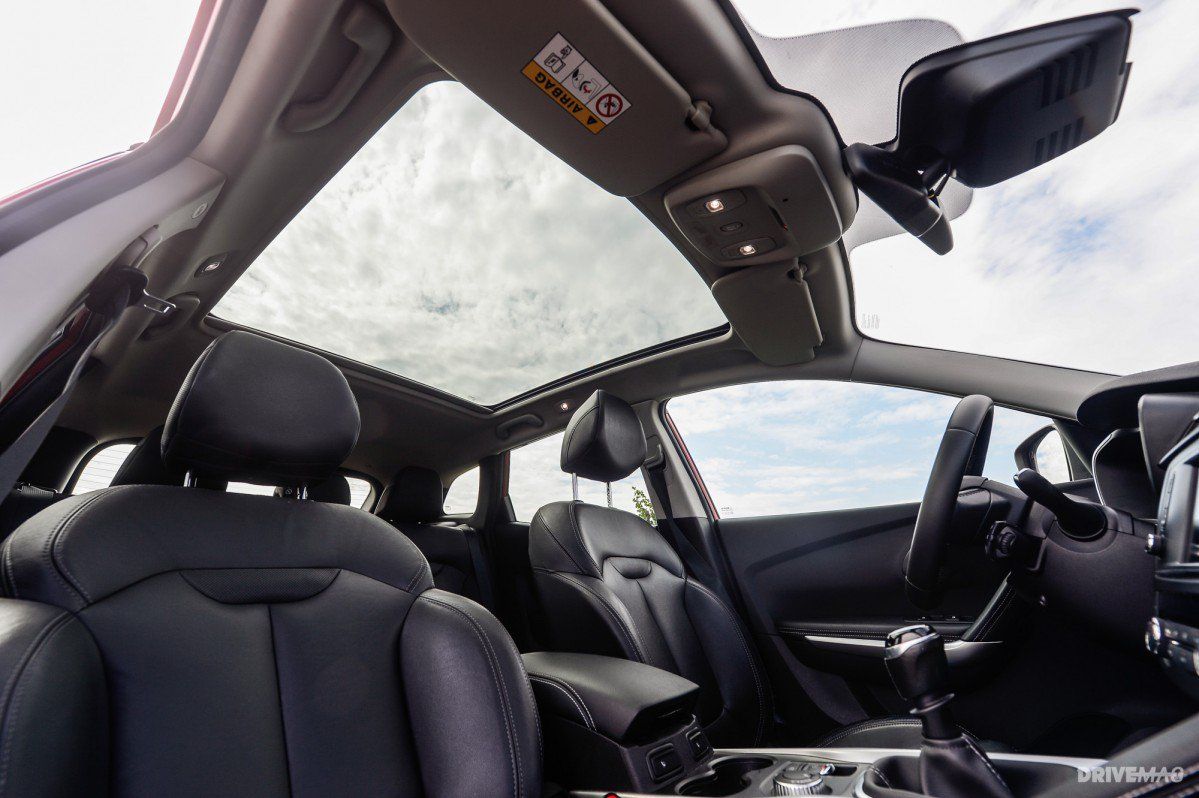 Going for a sleek look takes its toll, so the rear seat passengers might be not impressed by its head room, especially if they're tall, and the car is equipped with the (otherwise awesome) optional glass roof. Paradoxically, the immense glass roof contributes a lot to the spaciousness impression, so it's not necessarily a loss.
It is comfortable on the road, even when featuring the 19-inch wheels found on the Intense trim. But go for the 17" ones and you'll be much more impressed. 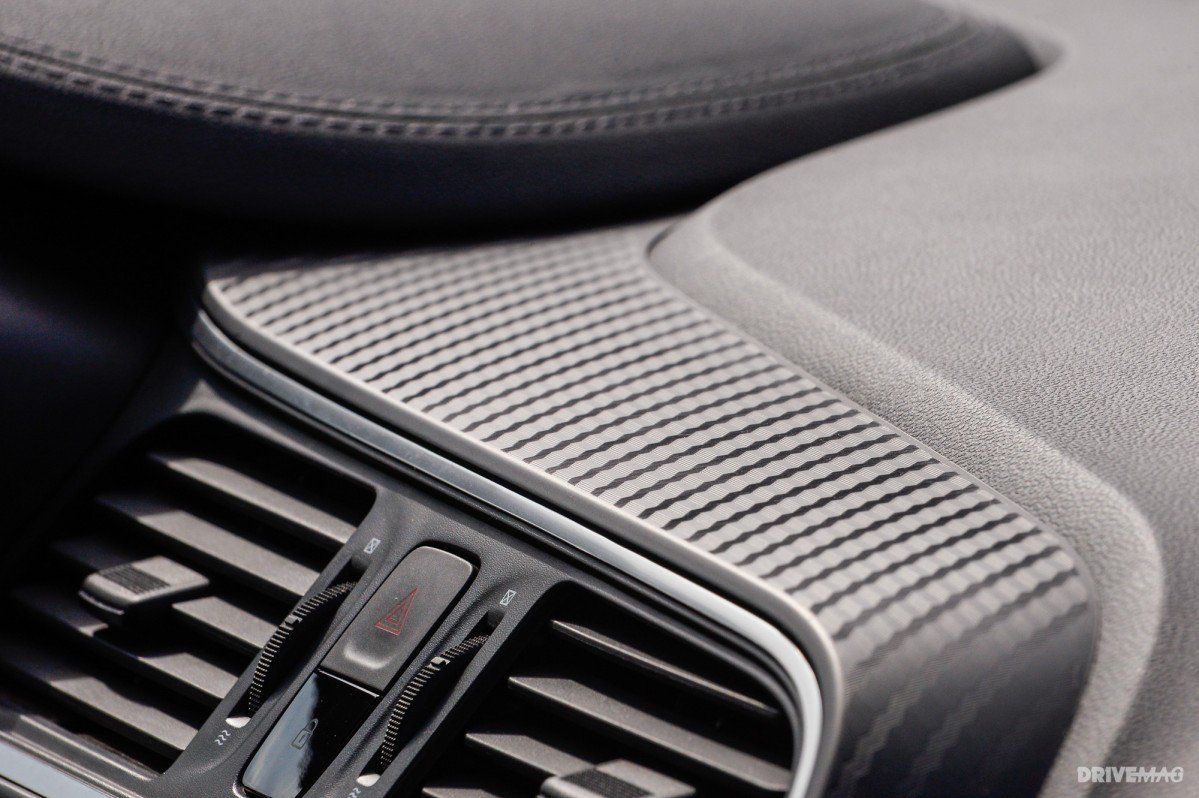 When it comes to the interior design, the Kadjar and the Qashqai have very different approaches. Thanks to the clean, buttonless dashboard and the trim inserts Kadjar's cabin seems somewhat more upmarket than its Japanese brother's Qashqai. An area where this two don't get at par is the noise insulation - the Kadjar's engine is more intrusive in the cabin, as is the wind noise at higher speeds. This is a chapter Renault always paid much attention for, so you probably won't anything to complain about in particular. There is 30 liters worth of storage spaces inside the cabin, and a 472-liter boot (extendable to a total of 1,478 liters when the 60/40 rear bench is folded flat). Despite its miniature look, the infotainment system featured on the Kadjar is the new R-Link 2, also found on the Talisman and Megane (only there it has a much larger screen). The 7-inch R-Link 2 works, naturally, as well as the full-sized one, showing a decent refresh rate.
Ergonomics-wise, the "small" R-Link 2 might appeal to a larger customer group, as the A/C controls are analog - following the same arrangement as in the Qashqai. Here's where Renault will shove in your face the results of their well-engineered 1.6-liter diesel engine. On paper, the 1.6 dCi Kadjar is proud of 126 g/km CO2 emissions, and 49 mpg (4.8 l/100 km), figures that won't get much higher in real life conditions, if you're careful. It's not the most fuel-efficient offer in Kadjar's engine line-up but is the one you want the most. Our test car had all you can put on, making the Kadjar a very appealing offer, albeit the most expensive one. On the outside, the Intense trim comes with big, 19-inch rims, tinted rear windows, LED headlights while the cabin exhibits leather-upholstered seats, dual-zone air-con, R-Link 2 with sat-nav, a BOSE sound system and electric everything (except the boot lid). It is flashy, indeed, but it seems a bit of overkill; going for a mid-level trim seems the right thing to do here. If is it to compare it with the much-appraised Qashqai, the Kadjar is a bit less expensive, so you'll probably be tempted to load it equipment. The only reason to avoid overdoing it is your comfort (the 19" wheels look good, but are not as comfy as the the 17", for example), as not only the running costs are low, but the residual value is also good, best-in-class in some markets.