The second-generation BMW X1 marks an important moment for the brand's SUV lineup: it's the first crossover based on a front-wheel-drive platform with transversely mounted engines - the UKL2 architecture shared with the BMW 2 Series Active Tourer/Grand Tourer, MINI Countryman, and MINI Clubman. It comes both with FWD and AWD (like the X1 xDrive18d model I drove), and by now you're probably wondering whether it still feels like a traditional BMW to drive.

Well, not exactly, as I'll elaborate later on, but that's not necessarily a bad thing. You see, SUV customers are not exactly driving fanatics, which is why it makes sense for BMW to offer an X1 that puts practicality first. After all, Mercedes-Benz has done the same thing for its compact model family.

The more efficient packaging made possible by the transversely-mounted engine results in a significantly roomier interior compared to the previous X1 and a minimal loss of driving pleasure.

Yes, the first-generation X1 was more fun to drive because it was essentially a slightly taller 3 Series Touring available in either rear-wheel-drive or all-wheel-drive configurations (the latter obviously rear-biased). But that doesn't mean you'll be bored behind the wheel of the new X1: it's the segment's most fun to drive SUV based on a front-wheel-drive platform. 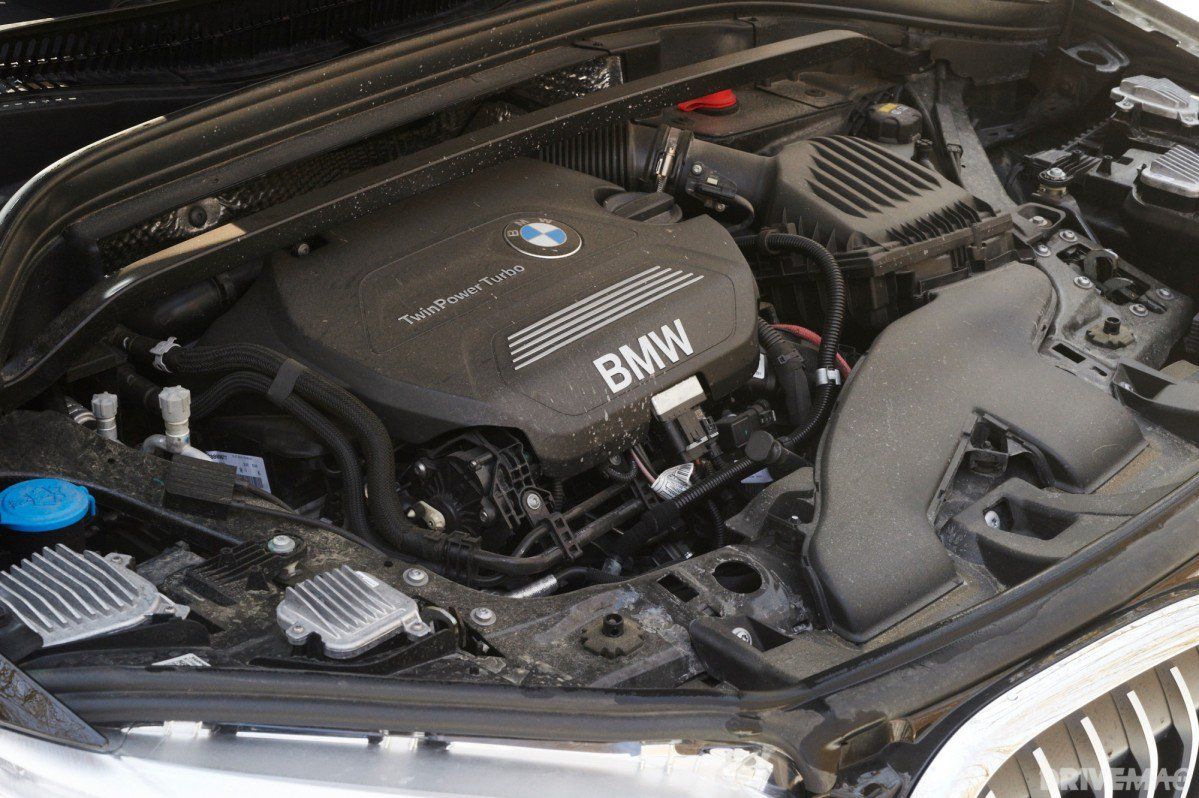 The xDrive18d label on the X1 I drove means there's a 2.0-liter turbodiesel engine under the hood rated at 148 hp (150 PS) at 4,000 rpm and 330 Nm (243 lb-ft) of torque from 1,750 rpm. Hooked to the optional Steptronic eight-speed automatic transmission that sends power to all four wheels via the xDrive system, the engine proves punchy enough on most occasions.

It doesn't turn the X1 into an M-branded BMW SUV, but it offers decent performance: 0-100 km/h takes 9.3 seconds, and top speed is 204 km/h (127 mph). Smooth and quick, the eight-speed auto is absolutely a must have over the standard six-speed manual, even though it doesn't come with paddle shifters on the X1 xDrive18d. 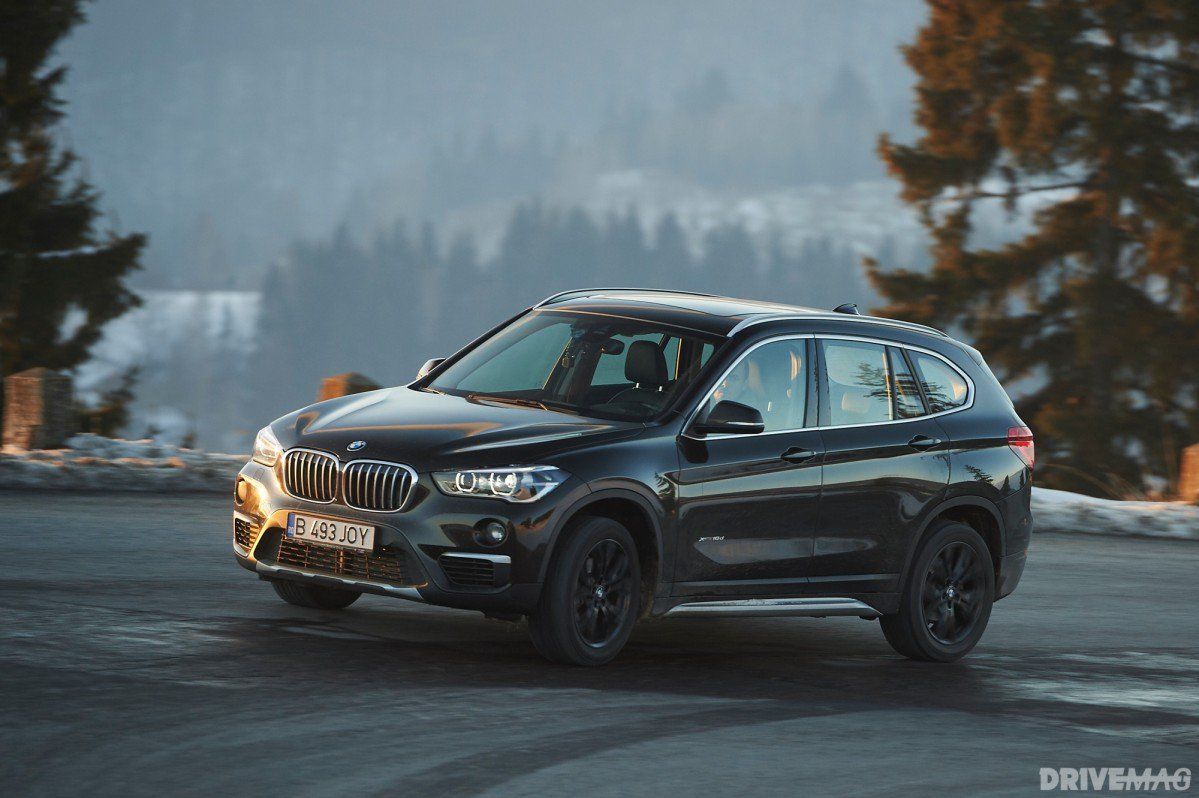 No longer based on a rear-wheel-drive platform, the F48 X1 is less fun to drive, but still worthy of the BMW badge. As far as FWD platform-based SUVs go, this is one of the sharpest-handling models on the market. The X1 likes to go fast through corners and gives you the confidence to push harder. Body control is precise, with less roll than you'd expect.

However, the front understeers near the limit, only to be saved mid-corner by the torque sent to the rear wheels by the xDrive system. As for the steering, it offers a quick and direct response for a front-wheel-drive car. Yes, this car is FWD most of the time, with the rear wheels only getting a taste of the torque when the front axle runs out of grip. And although 99 percent of X1 buyers won't go off the beaten path, the BMW's smallest SUV can handle low-difficulty off-road trails.

Euro NCAP assessed the BMW X1 in 2015 and rated it as one of the safest premium compact SUVs, giving it a maximum of five stars. The X1 offers a 90-percent protection rating for adult occupants, 87 percent for child passengers, 74 percent for pedestrians, and 77 percent for safety assist systems — as the X1 features an active bonnet, Electronic Stability Control (ESC), and Automatic Emergency Braking (AEB) as standard.

The only body region prone to injuries was the driver's chest in the frontal offset deformable barrier test, with Euro NCAP rating it as "adequate." In the event of a rear-end impact, rear seat passengers only get "marginal" whiplash protection. 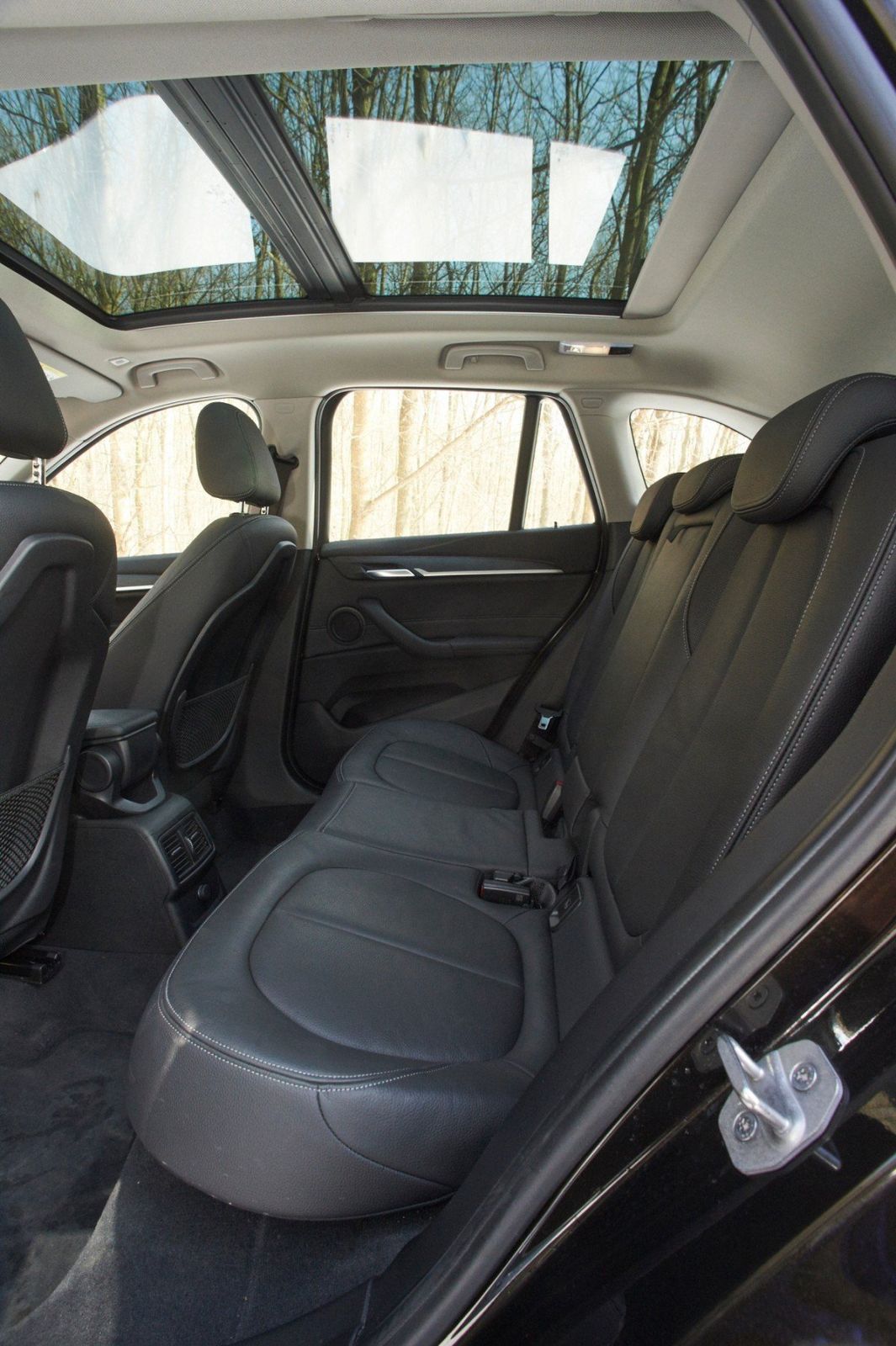 The car I drove had the optional adaptive dampers, which altered the suspension's response in Comfort mode and Sport mode — although in a very subtle manner. While the suspension has a perfect setup for smooth roads, I found it annoyingly stiff over rough surfaces. I suspect the optional 18-inch wheels on the test car were to blame; hopefully, with the standard 17-inch wheels, the ride should be more comfortable.

Other things I noticed in BMW's smallest SUV are the quiet cabin (except some tire noise), the good visibility around the cabin, and the bright interior — especially with the optional panoramic roof. The standard front seats are a big disappointment: they lack lateral support and are too narrow even for an average-sized guy like me. 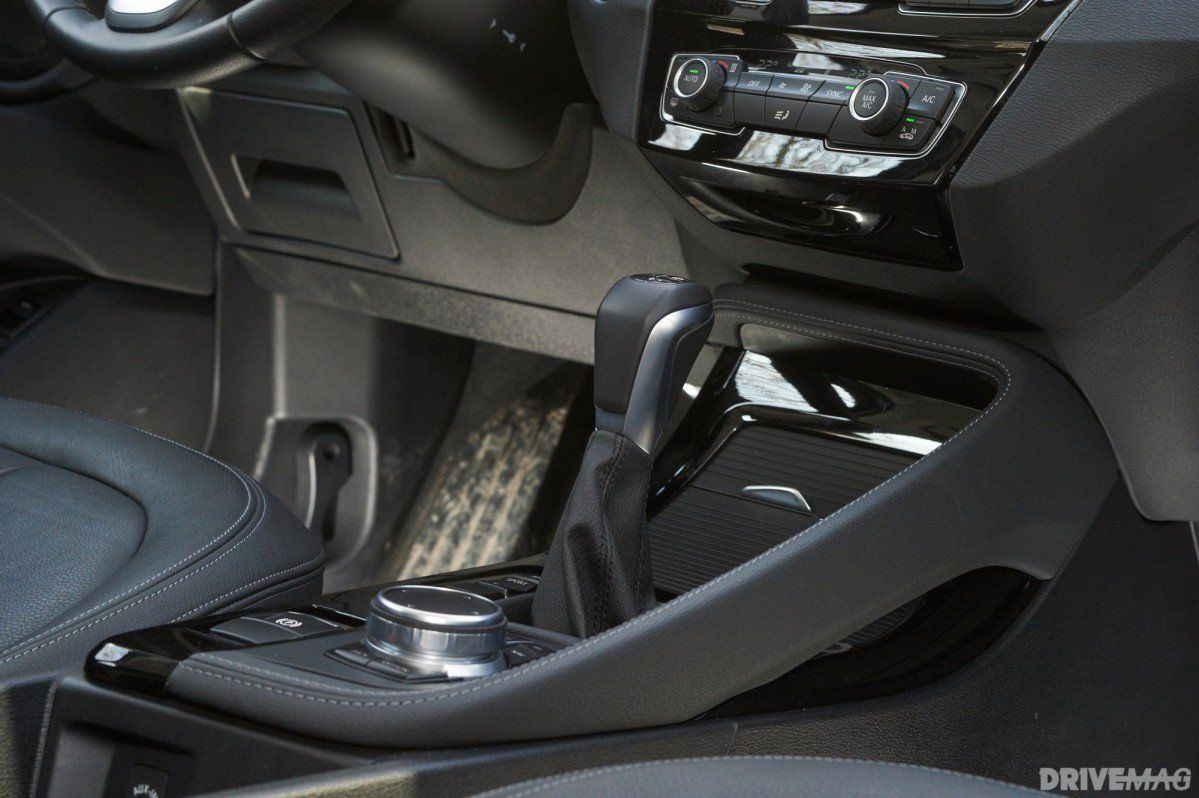 The cabin feels well-built, and most materials are soft to touch, although less posh than on bigger BMW SUVs. Some details are a bit disappointing, such as the plasticky leather on the steering wheel, the scratchy plastics in the lower half of the car, and the unnecessarily bulky gear lever. The optional "Dakota" black leather upholstery is nice but not €1,000-nice, while the oak grain wood trim on the dashboard and door panels looks and feels upscale.

The fit and finish are above average, and the X1's cabin remains silent even when going over pothole-ridden roads. The two-piece parcel shelf looks cheap, though, and may rattle if you don't lock it properly in place. 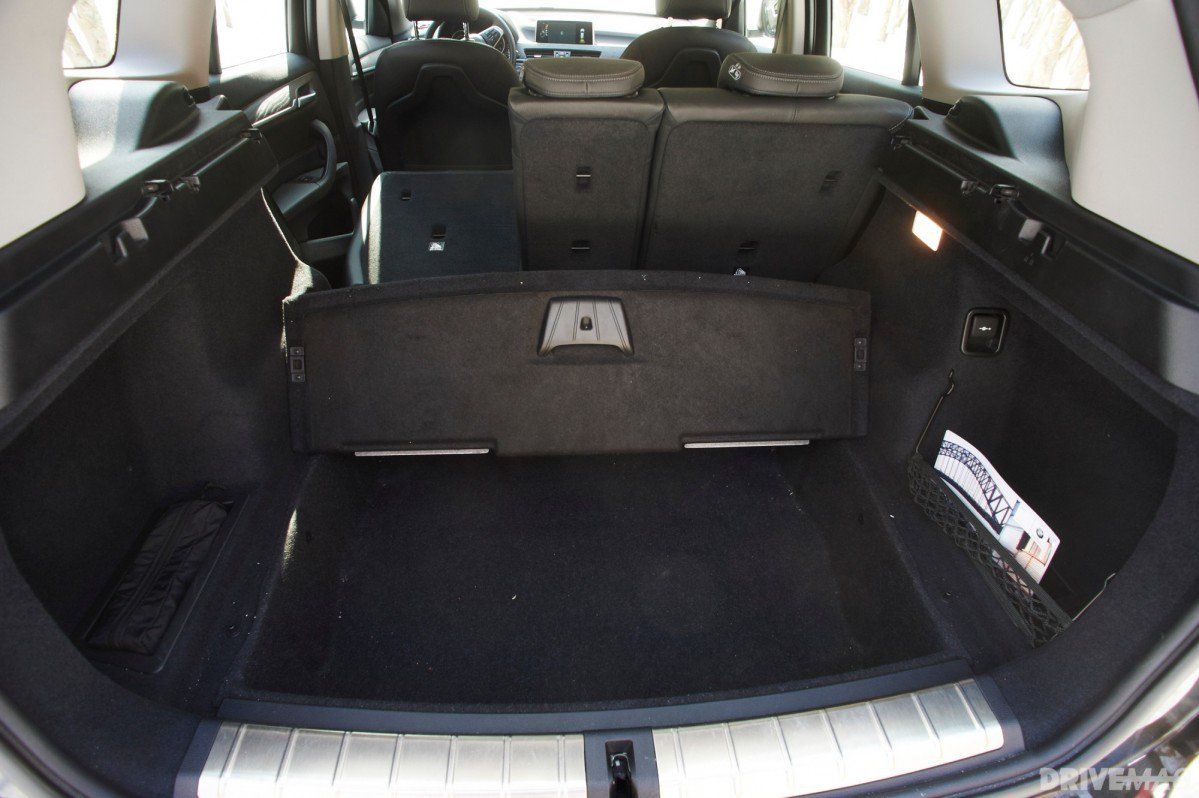 The transverse-engined platform has allowed BMW to build a much roomier and more practical X1 than its predecessor. Height and width have increased by 53 mm and 23 mm, respectively, resulting in improved interior space both in the passenger and cargo areas. Simply put, the X1 is the most spacious model in its segment, offering generous headroom, legroom (+66 mm at the rear), and kneeroom for all passengers — despite the fact that it's 38 mm shorter than its predecessor.

Things look great in the boot as well, with the much lower floor allowing for a cargo capacity of 505 liters (+85 l compared to the previous X1) that can expand to 1,550 liters (+200 l) when the rear seats are folded down. Storage spaces are aplenty as well. 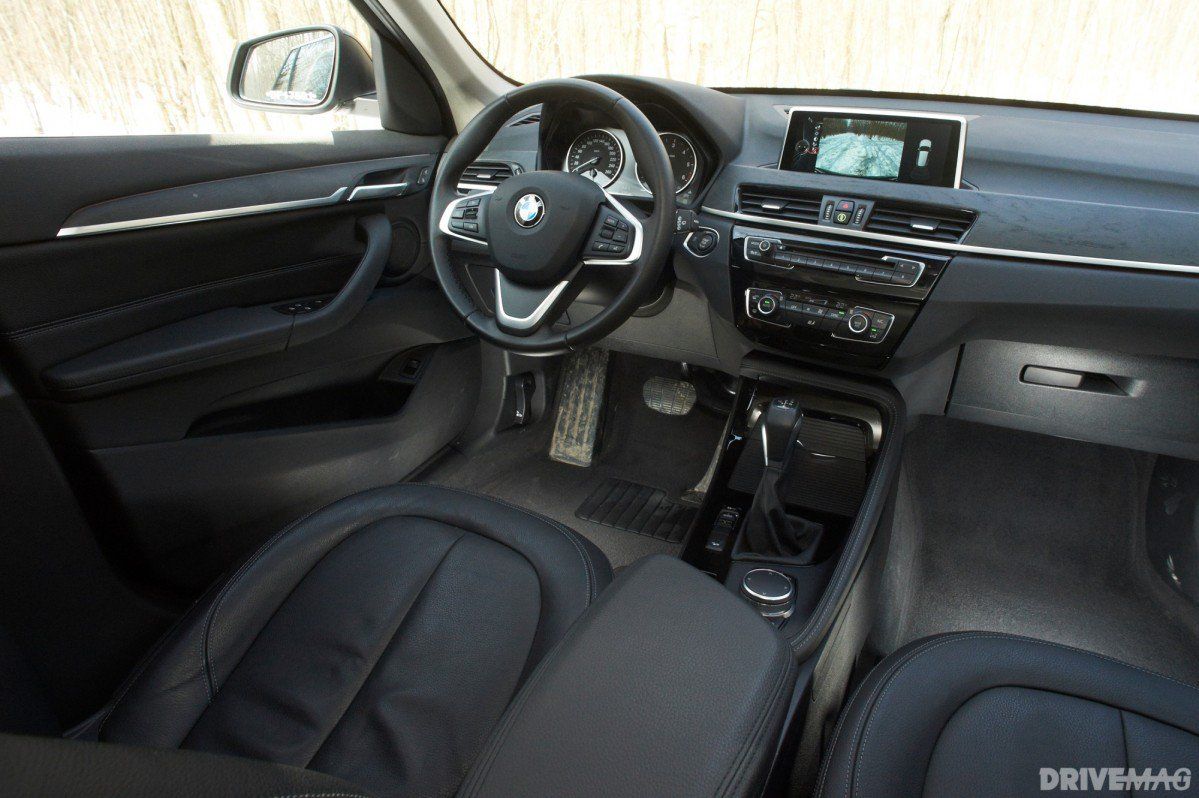 There's not much to say about the iDrive-based infotainment system other than it's the best among its peers (at least in my opinion). It works so well and intuitively you don't honestly feel the need for a touch screen — although BMW has recently begun to offer that function as well on the latest 7 Series and 5 Series. The menus are clear and intuitively laid out, and scrolling through them with the iDrive controller wheel is a breeze.

When equipped with the optional Head-Up Display, the infotainment system contributes to a much safer driving experience by minimizing distraction. The test car also featured the competent Navigation Plus system. 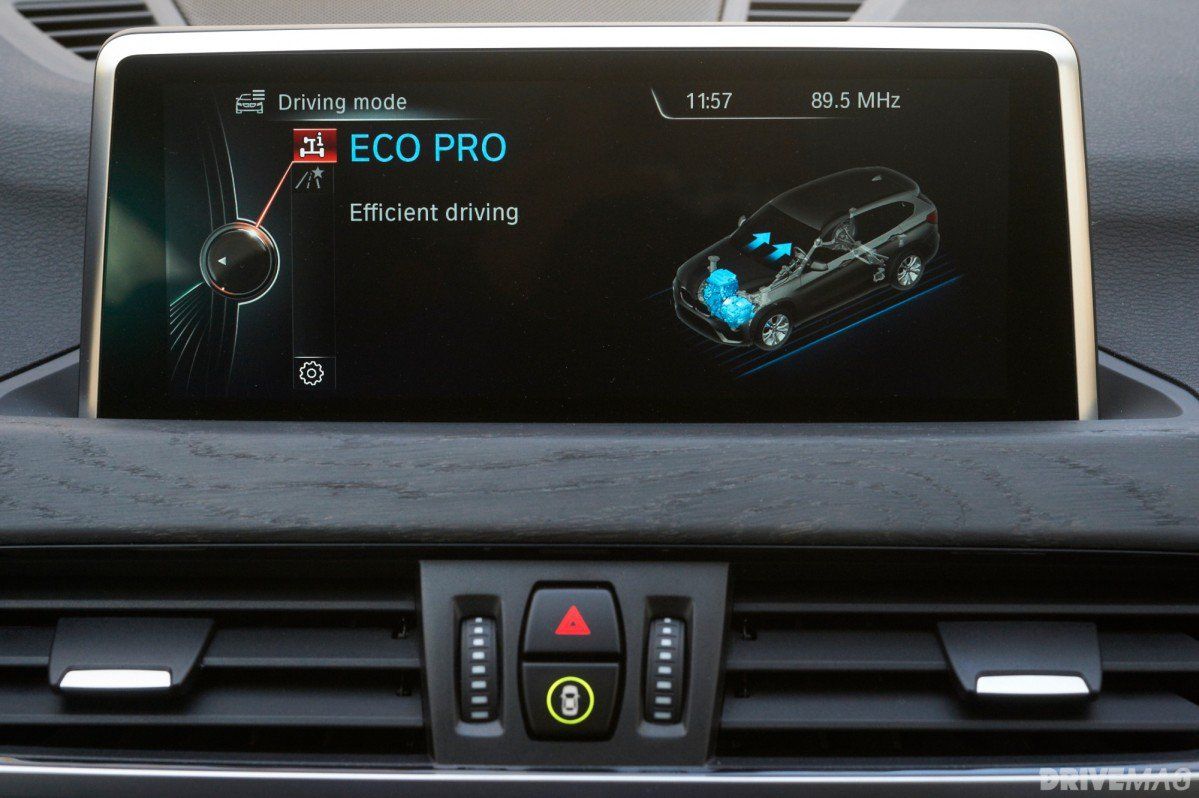 According to BMW's official data, the optional Steptronic eight-speed automatic transmission doesn't improve fuel efficiency compared to the standard six-speed manual gearbox. With any of the transmissions, claimed combined fuel consumption for the X1 xDrive18d is as low as 4.7 l/100 km (50 mpg US), with corresponding CO2 emissions of 124 g/km. 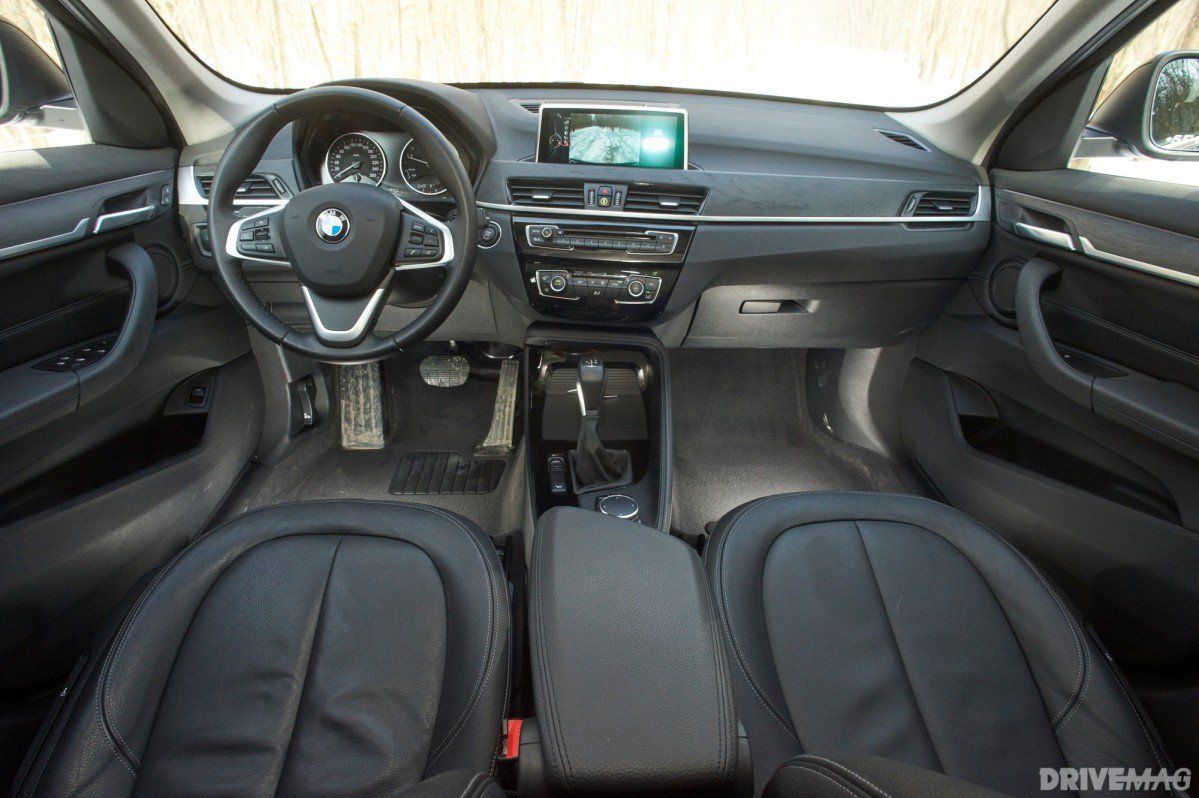 As with most press cars nowadays, the X1 I drove was generously-kitted, with the list of optional extras totaling €16,000 — including almost €3,200 for the range-topping xLine trim. You'd think nothing is missing, but the test car lacked sliding rear seats and levers for folding the same seats from the boot.

Not all the optional extras fitted to the car were essential, but I would have surely kept the automatic transmission, automatic air conditioning, cruise control with braking function, panoramic roof, and rearview camera. I can't help but think what the entry-level X1 looks and feels like without all these options, though. 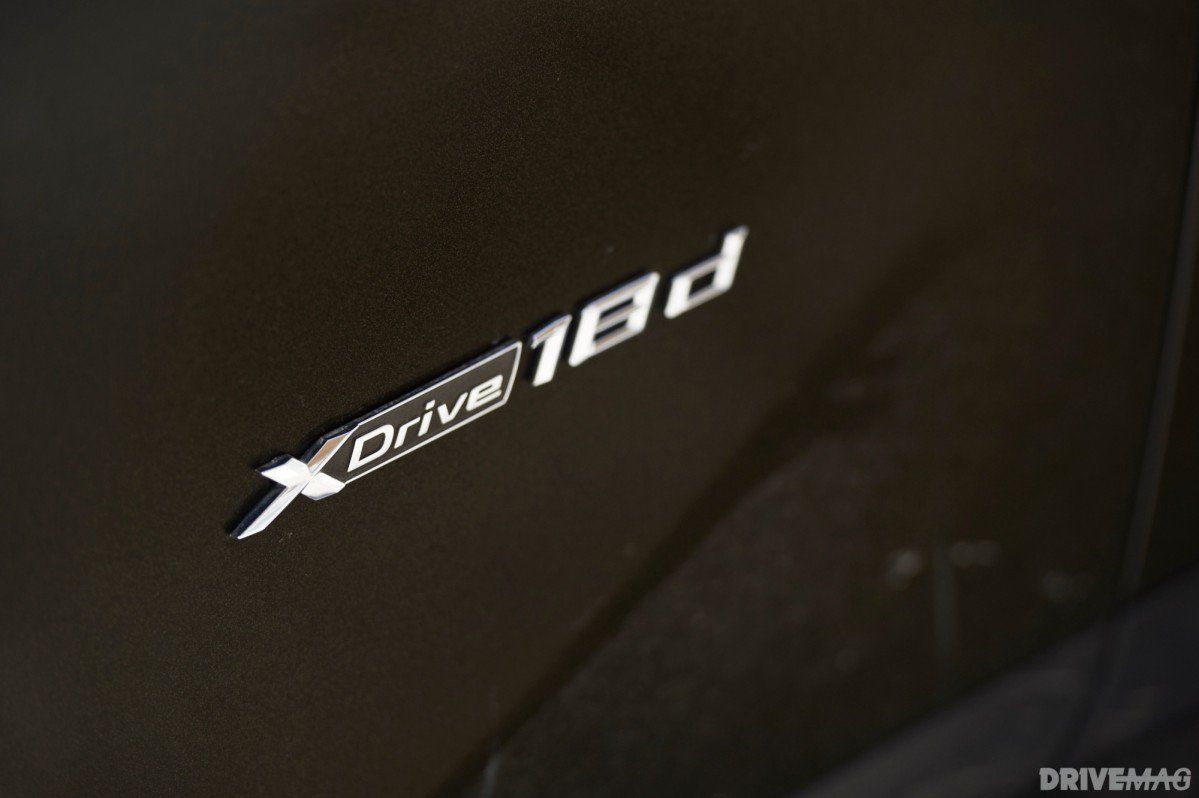 That said, the BMW X1 is hard to beat as an overall package. It's the roomiest premium compact SUV, it looks good, it's well-built, and pleasant to drive. It may not feel like a rear-wheel-drive BMW, but people who buy crossovers just won't care. In my view, this is all the premium SUV a rational buyer would ever need.