We take the facelifted Sandero Stepway for a spin on Croatia's baby-bottom smooth roads, only to conclude that the range makes a decisive step towards normality, mostly when it comes to interior landscape and styling.

On the outside, the revamp comes to freshen things up with LED daytime running lights and LED-style taillights. The latter, Dacia says, involves a cluster casing with a four-square pattern (similar to the Porsche Panamera headlights) that replicates the visual effect of LED light strips.

Nonetheless, there's more than meets the eye, so we broke it down for you in the lines to follow. 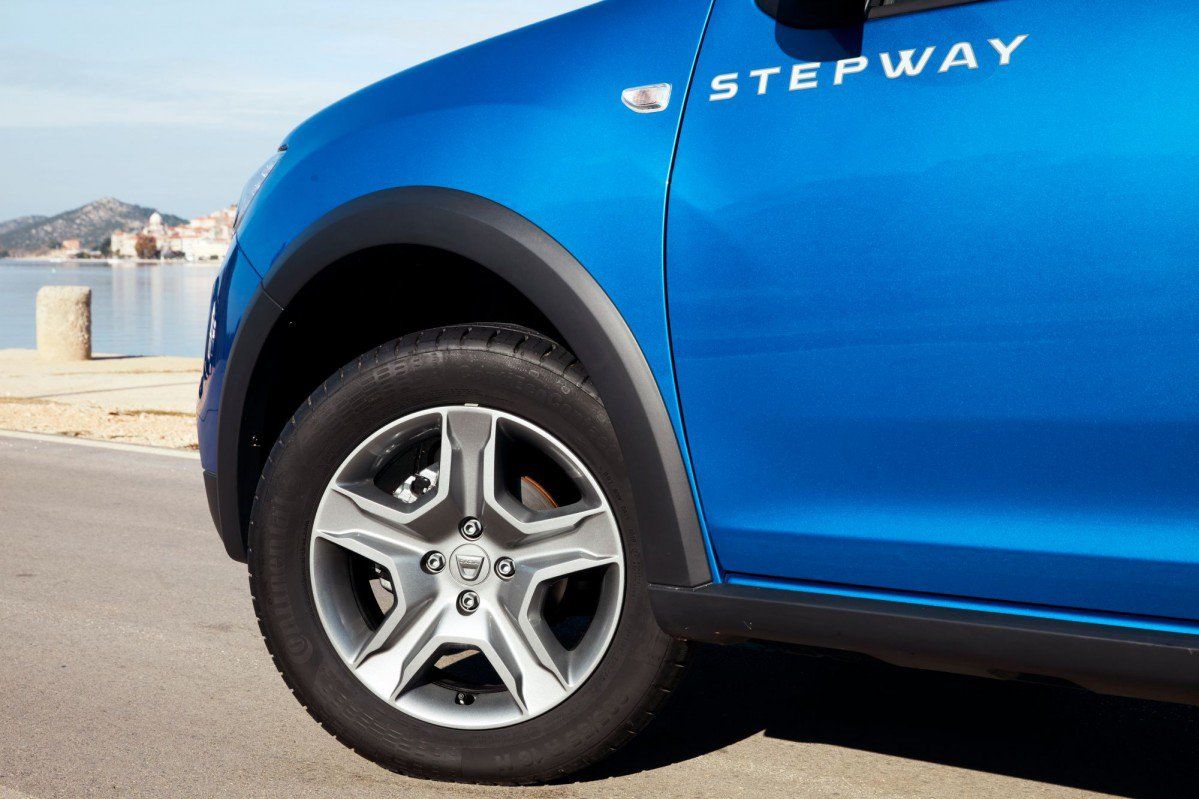 Our tester had the 0.9-liter TCe turbocharged petrol unit which is not a novelty. Therefore, its output credentials stay the same: 66 kW (90 hp) and 140 Nm of torque.

We drove the manual version (there's also the Easy-R option) which hasn't done much to shed the glitchiness of the gearbox.

But all in all, the three-cylinder unit remains a decent choice for those level-headed enough to understand that Dacia doesn't do sportscars and their target niche wears the affordable label.

The new plant was introduced in India by the Renault Kwid but got bumped to 54 kW (73 hp) and 97 Nm for Dacia use, therefore falls under its predecessor regarding performance, although Dacia says max power arrives earlier - at 3,500 rpm, instead of 4,250 rpm.

Additionally, Romanian carmaker officials say that through aluminum components, the 1.0-liter unit weighs 20 kg less than the 1.2-liter it replaces, which ultimately means less weight on the front axle and slightly improved composure on the road.

We only got 20 km or so to put it through its paces and the first impression was that of an underpowered setup, but I enjoyed the oily ways of the short-geared manual gearbox, an uncommonness at Dacia.

Despite talking in a pleasant voice under hard throttle, it scarcely does the job with two people on board and no other kind of luggage, and you might as well forget about overpassing or spirited driving.

This engine looks fit for learners in the art of driving or light-footed clients who strictly need to connect two dots on the map, as the Sandero's otherwise lightweight build (1,044 kg) poses a challenge to the powerplant's pull potential. 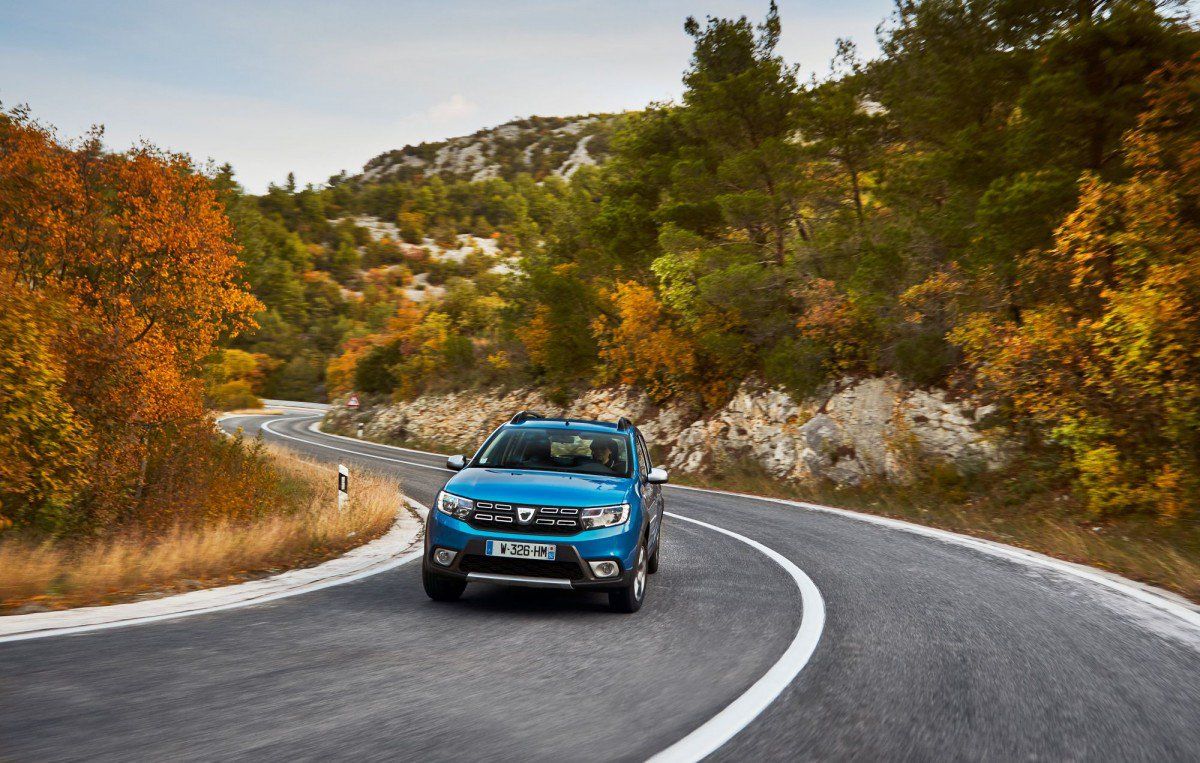 Neither the standard Sandero nor its Stepway derivative won't leave you breathless behind the (redesigned, by the way) wheel.

Again, they don't want to and also don't need to, because the comfort-inclined suspension setup absorbs well road imperfections but works as a body roll magnet in most corners due to its raised ground clearance.

Steering is also a dull affair, yet something you can live with and learn to accept over time.

To its praise, the Sandero Stepway still shows sufficient grip levels and the electronics jump in way before you can mess things up in unstable situations.

As a premiere, Dacia introduced a hill start assist system as a standard feature, which prevents the car from rolling down for about five seconds, enough to grant a deft and safe uphill start. 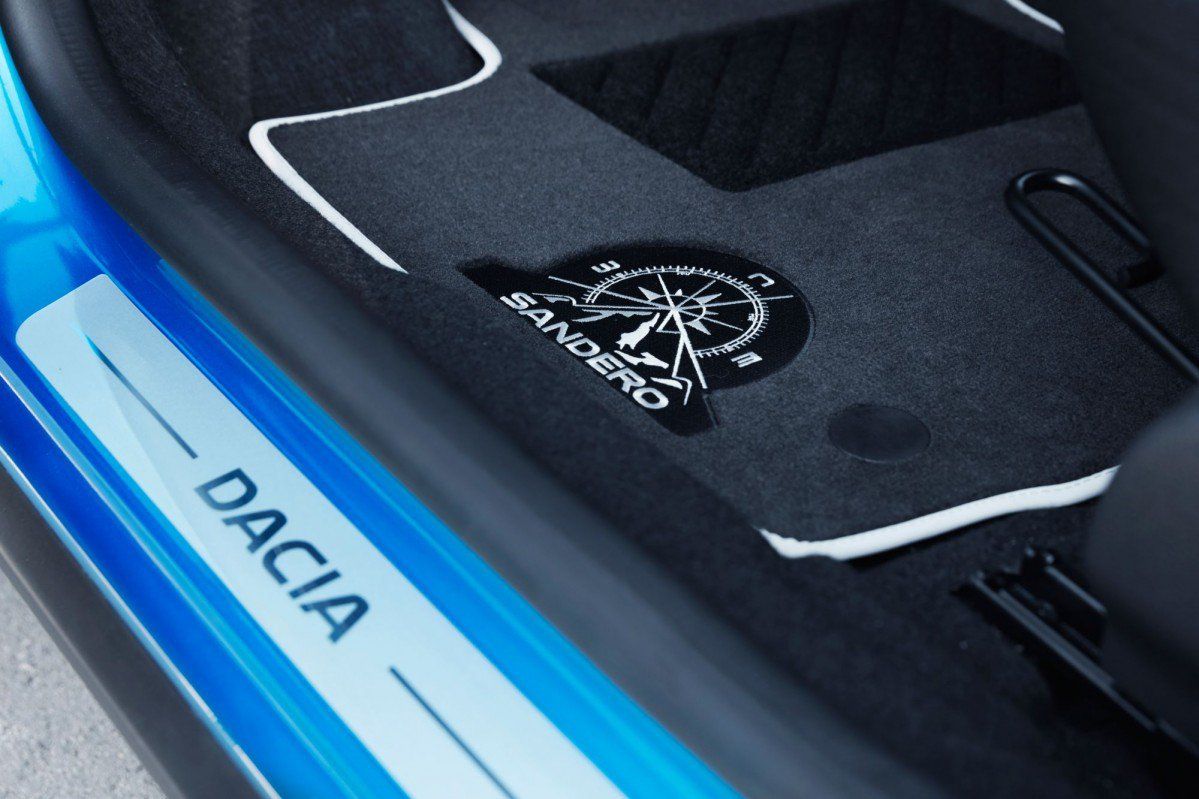 Back in 2013, Euro NCAP crash-tested the Sandero, and the supermini came out with four out of five safety stars, which is a satisfactory outcome. Since the Stepway is largely the same car as the Sandero and Dacia didn't alter the model's mechanical and structural features, it's safe to assume that the rating stands for the facelift too.

Moreover, the facelifted Sandero Stepway features ABS, ESP, and four front airbags: one for the driver, one for the passengers and two on each side. 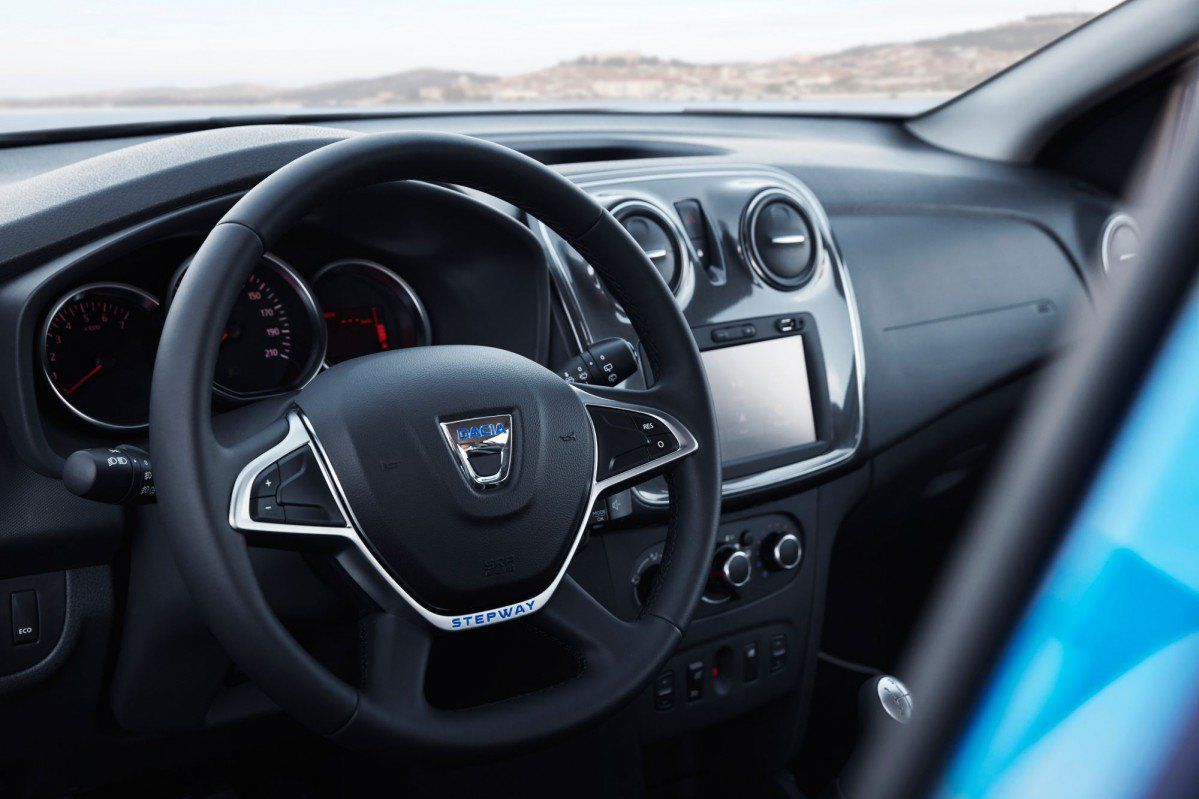 Comfort is something you get in M- and L-sized servings in the Sandero Stepway, mostly due to the soft suspension. The seats are not too bad when it comes to tending for your back, but they'd be better with more lateral and lumbar support.

I would have also appreciated more attention to soundproofing, especially for those trips involving a highway or an express road.

But at a glance through the cabin changes, the facelift uncomplicates a few details criticized in the past.

There's a new steering wheel design - a mile more appealing than the previous choice, the adjustment knob for the side mirrors left the median tunnel and now sits below the instrument cluster, on the left side of the steering wheel while the car's horn is activated by pressing the steering wheel.

Last but not least, the power windows are now adjusted via buttons positioned on the door panel, and there's also a new armrest between the front seats, making longer trips a bit sweeter. 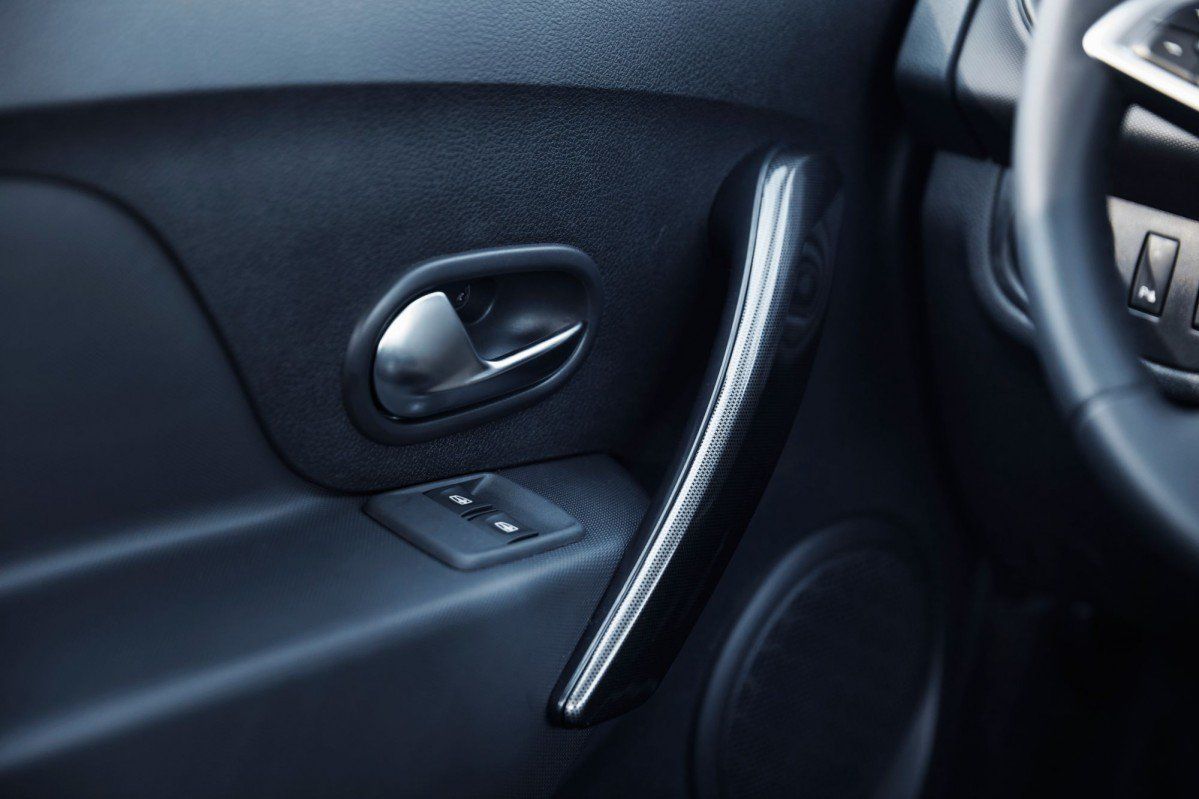 Overall cabin ambiance stays the same. Materials could have definitely been friendlier with your eyes and palms, but Dacia came up with carbon-like shiny plastics and used them to decorate the center console and the inside of the doors.

Nothing too flashy, though, in line with the sober interior atmosphere Dacia likes to put forward in press releases. 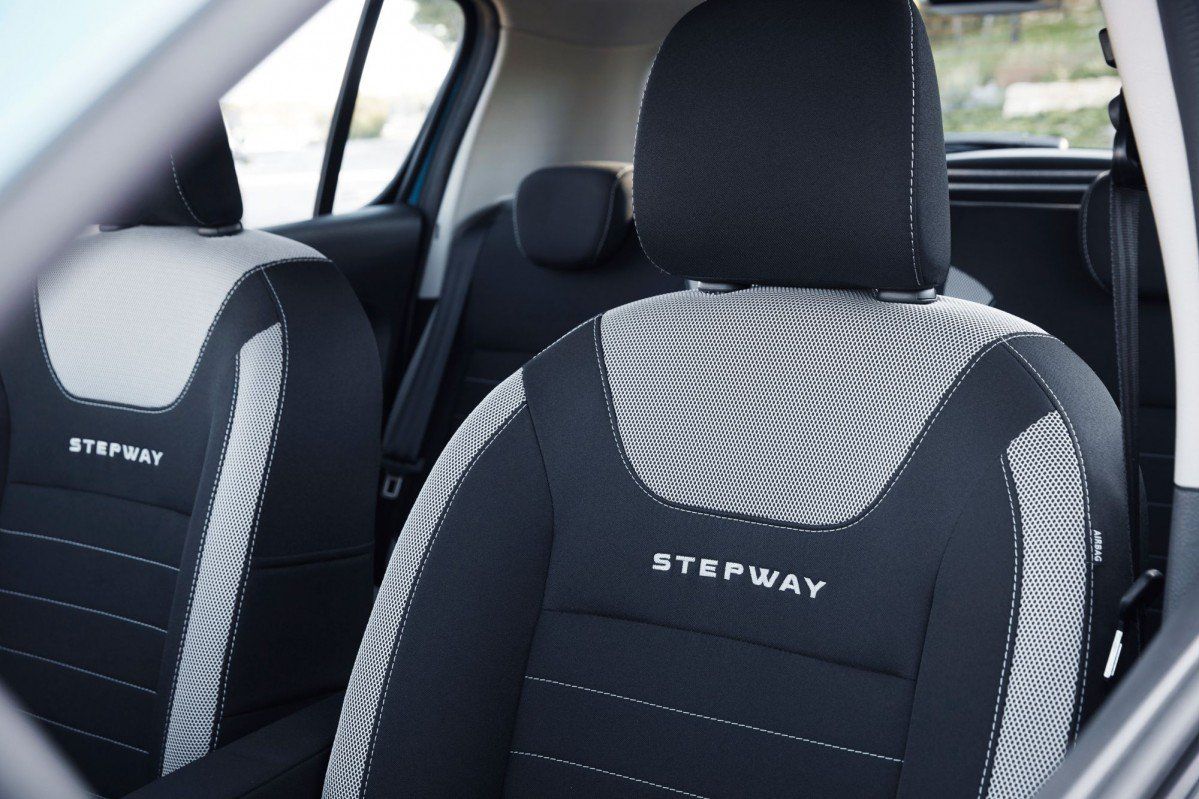 Typical Sandero Stepway offerings, with a 320-liter boot and enough room for four adults and their smartphones, wallets, and water bottles, courtesy of the cabin's cubby and pocket arsenal.

New for the facelifted range, Dacia fitted the left side of the front passenger seat with a cloth pocket capable of accommodating a smartphone or a set of keys, for example. A simple trick that works neatly. 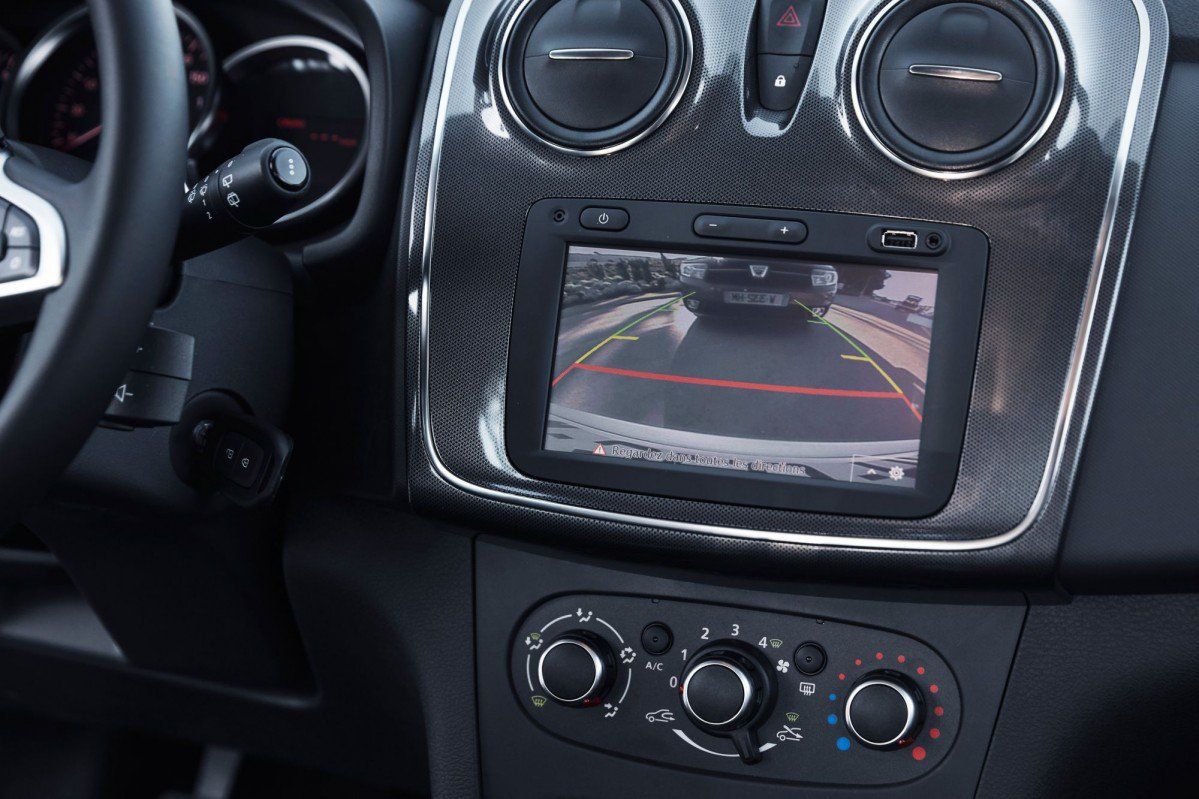 The MediaNav setup stays the same - decent graphics, glitchy at times but not too annoying.

However, I would have appreciated if Dacia designers found a way to position it higher on the center console, maybe swap places with the air outlets, since looking at it will point your eyes down, very far from the road ahead. 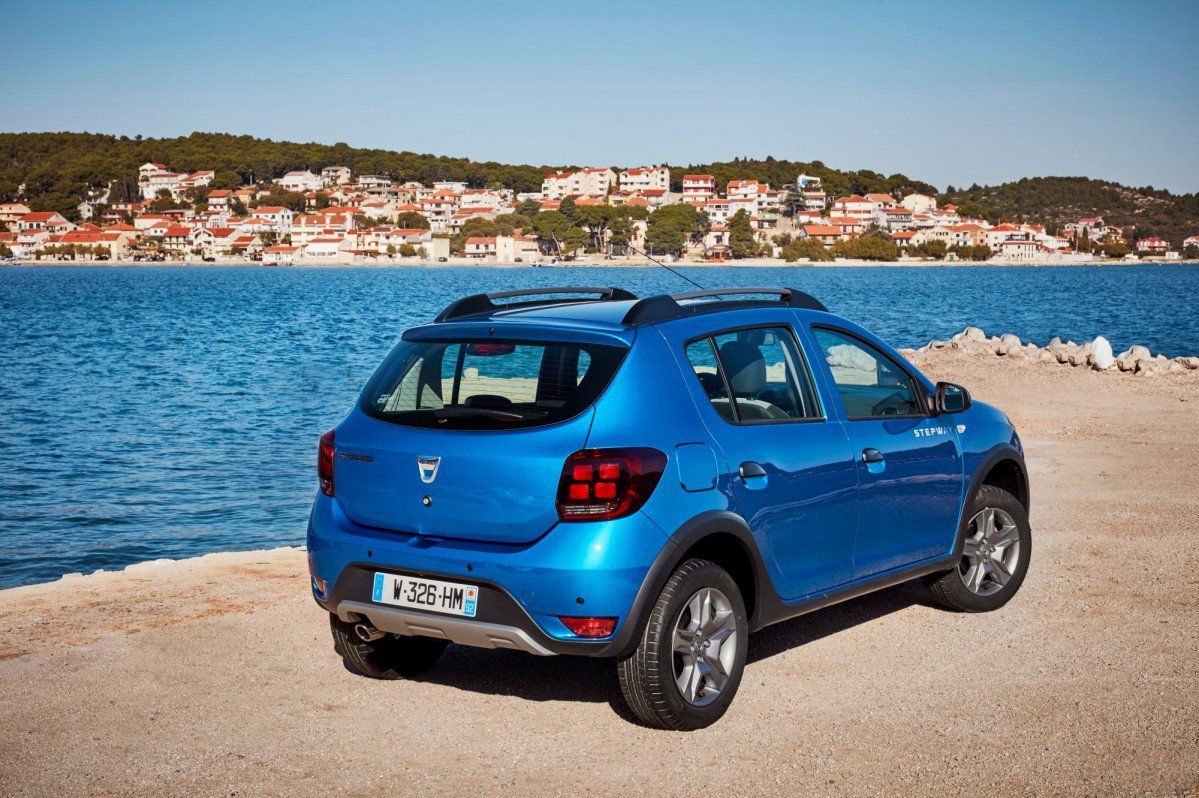 As for the 1.0-liter SCe unit we tested on the revised Sandero, the 20-km route wasn't enough to provide a relevant fuel consumption figure, while official data is still in the process of homologation. 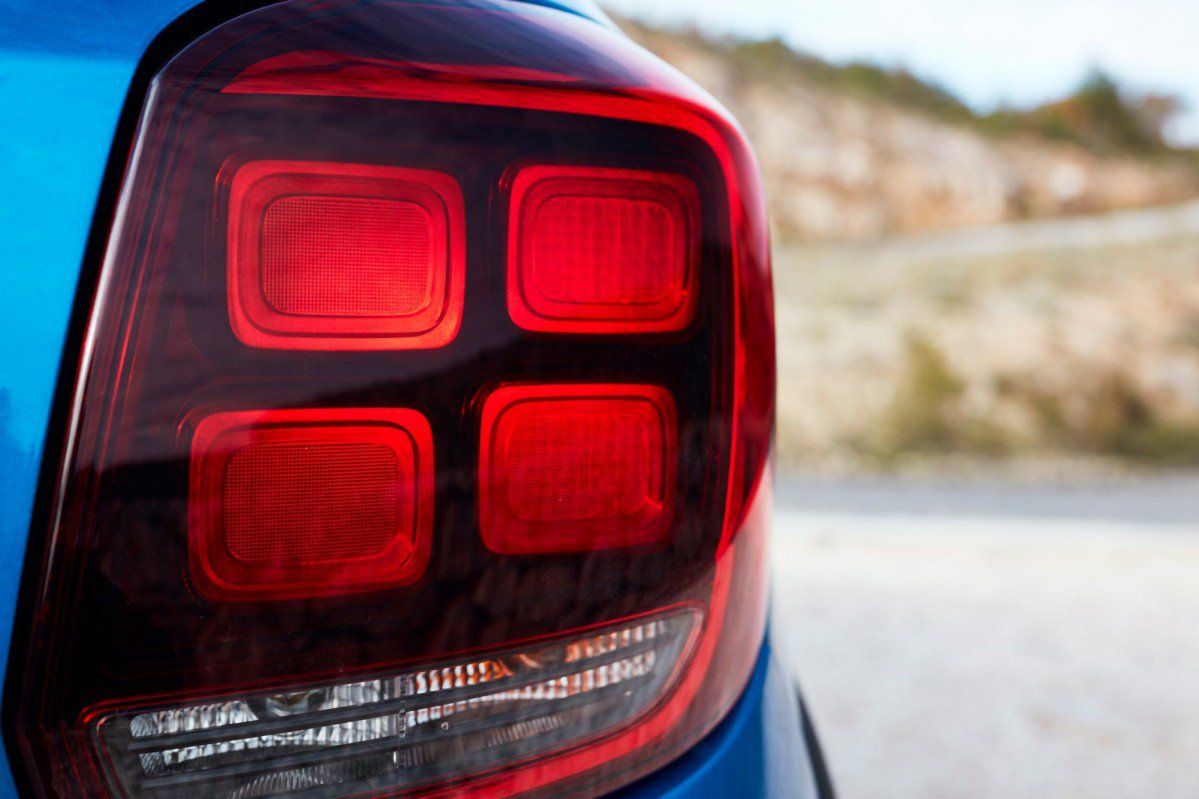 The Sandero Stepway range is split between the Stepway and Stepway Prestige trim levels.

For €100, you can get rear power windows. For the same amount of money, Dacia will provide the driver's armrest, and you can even specify leather-upholstered seats, for an extra €600. Other optionals include a rear-view camera (€100) and a map pack for the MediaNav system (€100). 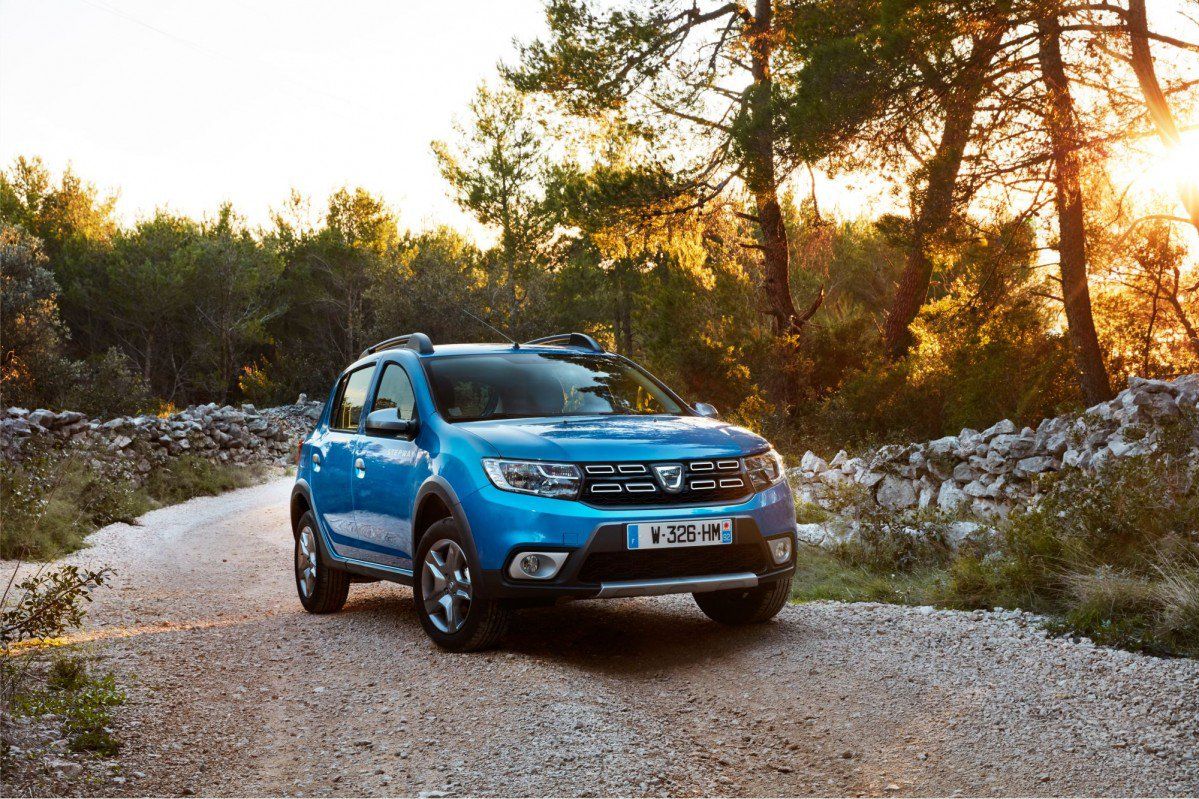 The affordable status of the revised Dacia Sandero Stepway is being carried over from the pre-facelift model by the price tag.

The revised Sandero Stepway starts at €11,200 in manual interpretation, with the 0.9-liter TCe unit. The Easy-R adds another €500 to the tally, while the Stepway Prestige we tested starts at €11,500 and can go as high as €13,600 when fitted with both the Easy-R transmission and the 1.5-liter dCi diesel engine.

Apart from keeping its practicality and comfort credentials, the facelifted Dacia Sandero Stepway turns its face towards normality thanks to an index of mods that mostly affect the car’s visual cues, both inside and out.

Therefore, the car’s cheap-to-run and does-the-job-without-a-fuss selling points still stand, but they now echo the demands of a young, modern and active clientele.