Lighter, sleeker and sharper, the new Opel Insignia is eager to prove a point. Can it deliver?

With 940,000 Insignias sold under the model's first generation umbrella, Opel will want to step up the game for the new one, especially since they claim customer satisfaction is high and some buyers are at their second or third Insignia.

Animated by a $500-million investment and bolstered by the new Epsilon II (E2) architecture and tweaked FlexiRide chassis, the new Opel Insignia gets a sloped roof and Monza concept visual flair, thus adding the Grand Sport nametag as a token of its aesthetic evolution.

On a personal note, the new Insignia is dressed to the nines and can effortlessly challenge the Mazda6 (in my book, the segment's prom queen) to a Miss Midsize Sedan contest. But design is never a finished article and some might think otherwise.

An array of new engines, gearboxes as well as a 4x4 setup featuring gussied up Twinster torque vectoring should, in theory, allow the Insignia a pass among the segment's leading pack.

Our tester was the range-topping 2.0-liter petrol turbo version with 260 hp (191 kW) and 400 Nm in the armory routed by an Aisin-sourced eight-speed automatic and a new all-wheel-drive setup that ditches the differential and makes room for a twin-clutch module called Twinster.

On the road, the 2.0-liter pot doesn't feel like 260 horses - Mazda6's 2.5-liter naturally-aspirated unit offers similar thrills with the price of just 193 hp, and Rüsselsheim chose to send bogus engine noises in the cabin through the Bose sound system when Sport mode is on.

In fact, the simulated tune is the only thing that betrays the engine's existence - otherwise, the powerplant adopts the librarian stance and just silently does its job in the background.

Nothing to write home about when it comes to the eight-speed auto - gear shifts are silky smooth under a feather-weight right foot, but you can quickly throw it out of focus with a small shot of throttle enthusiasm.

Either way, the transmission lends itself perfectly to motorway or A-road cruising, but we're waiting to get our hand on the revised six-speed manual with the hope of more driving engagement. 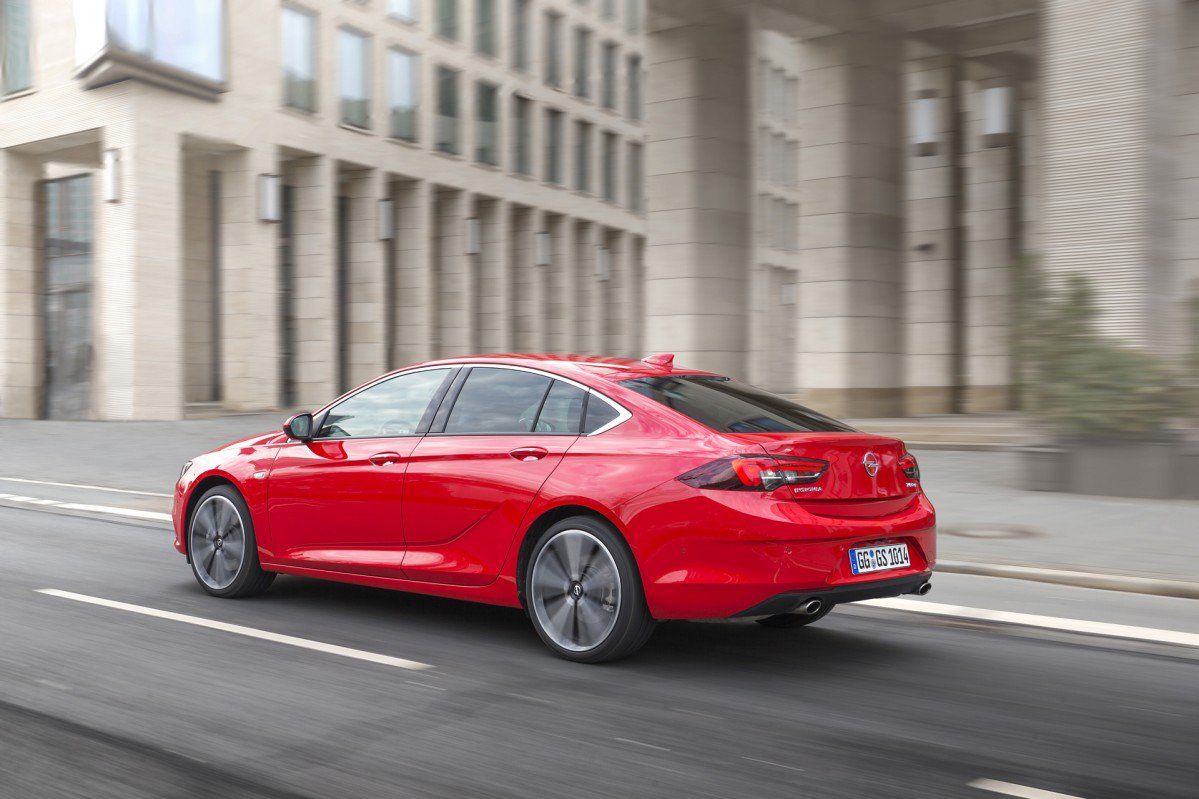 The room for better left by the first-gen Insignia in the road conduct department has also been addressed.

Up to 175 kilos lighter thanks to high-strength steel bones on the B-pillar and front doors frame, the new Insignia Grand Sport confirms the weight loss out in the open with newfound nimbleness. Not entirely Mazda6 territory but clearly an improvement from the zaftig old model and ahead of the likes of Ford Mondeo and Renault Talisman.

The Normal model doesn't have a designated button. It simply happens by default, when you leave the Tour and Sport buttons alone.

According to Opel, the powertrain and drivetrain adapt to your driving style - the car's brain needs 100 milliseconds to compile various factors, but changes require a couple of seconds before taking full effect.

What's more, the Tour and Sport driving modes are now separated by a crevasse. Push the Tour button and the steering, throttle, and gearbox settings become more relaxed than a Koala bear during its siesta.

The fiesta starts once you hit Sport. Steering turns rock-hard, the engine is willing to throw more punches, the gearbox gets its swag together while the damping also contracts. By this point, the Insignia maintains a perfect plank position on the road and even 150+ km/h bursts on the Autobahn are not able to throw it off balance.

All in all, the FlexiRide chassis does tell you more about the car's behavior on the road, but the steering could do with more feedback to complement the acquired accuracy.

The magic carpet ride is only interrupted by crooked routes, but even so, body roll knows its place and only gingerly knocks on the door.

Stay away from the 20-inch wheels, though. As bump-soaking the suspension might be, the rear axle wobbles and dispatches loud thuds in the cabin mostly when traveling with an empty backseat and boot.

Overall, there's more precision and confidence around corners, at least for the all-wheel-drive model we tested. Speaking of which, Opel kissed the traditional differential goodbye and embraced a system used by the Ford Focus RS. It involves a Twinster dual-clutch module that sends torque to one or both of the rear wheels depending on the situation.

When the situation gets really sporty, the module sends torque to the outside rear wheel so the car corners faster but also more confident. 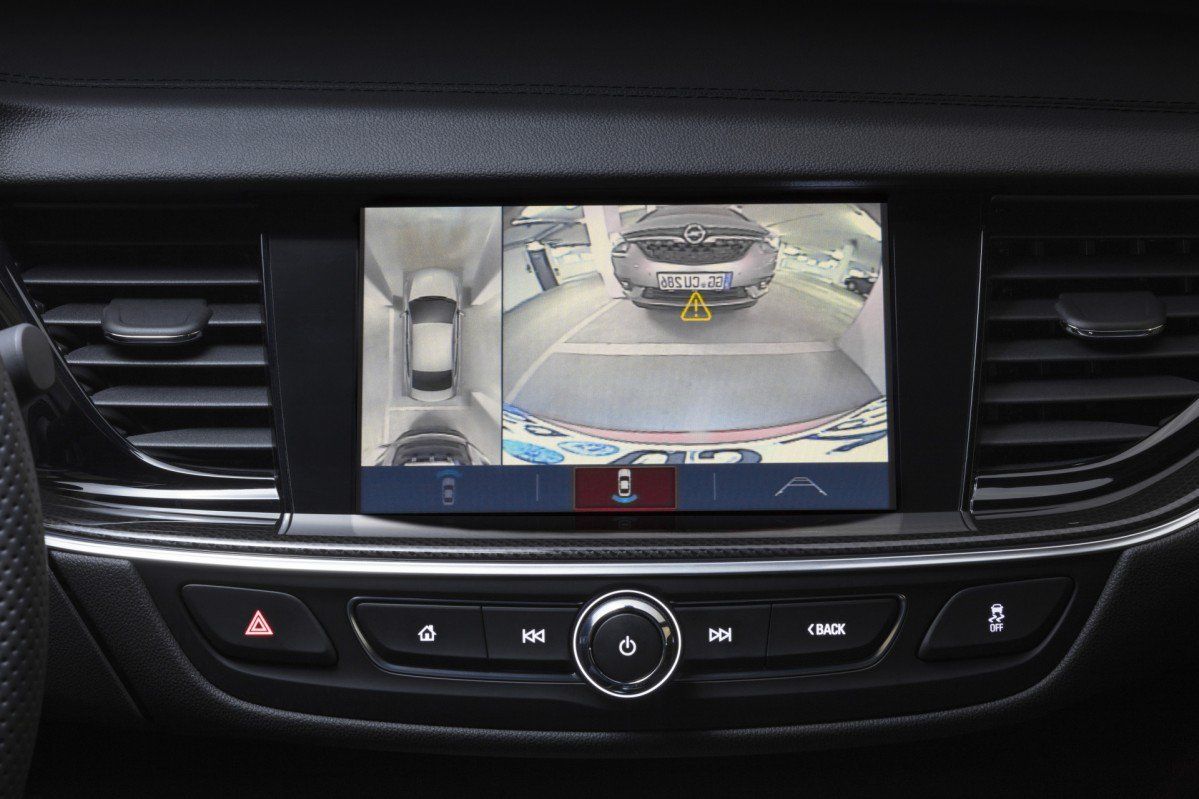 Euro NCAP is yet to crash and rate the new Opel Insignia, yet Opel will not settle for anything but a five-star strike just like the old model scored back in 2009 - it's true, on a more permissive evaluation pattern. The AGR-certified (Germany's campaign for healthier backs) seats are a benchmark in the segment as their back-tending efforts are on par with premium territory offerings - I can honestly state that they're just as supportive than those available for the C-Class Coupé. That's how good they are.

Eradicating noise is a must in this segment. So the sleek body (aero coefficient announced at 0.26) coupled with the added padding and sound-soaking materials turn the cabin into a spa zone. Sure, there's some flutter from the side mirrors, but otherwise, the Insignia does a close-to-flawless job out of stonewalling your eardrums.

A similar scenario unfolds in the back, where the increased length (4,897 mm) lets your knees breathe. Keep two adults in the backseat for tiptop comfort, but remember taller passengers must learn to take no for an answer from the sloped roof when it comes to headroom.

As for visibility, since your buttocks sit 30 mm closer to the ground, you'd expect a less towering driving position, but that's not the case. The only inconvenient rises from the sloped A-pillars, which get in your way when the road gets twisty and the tight rear windshield, but that's the price you pay for the suave sloping roof. 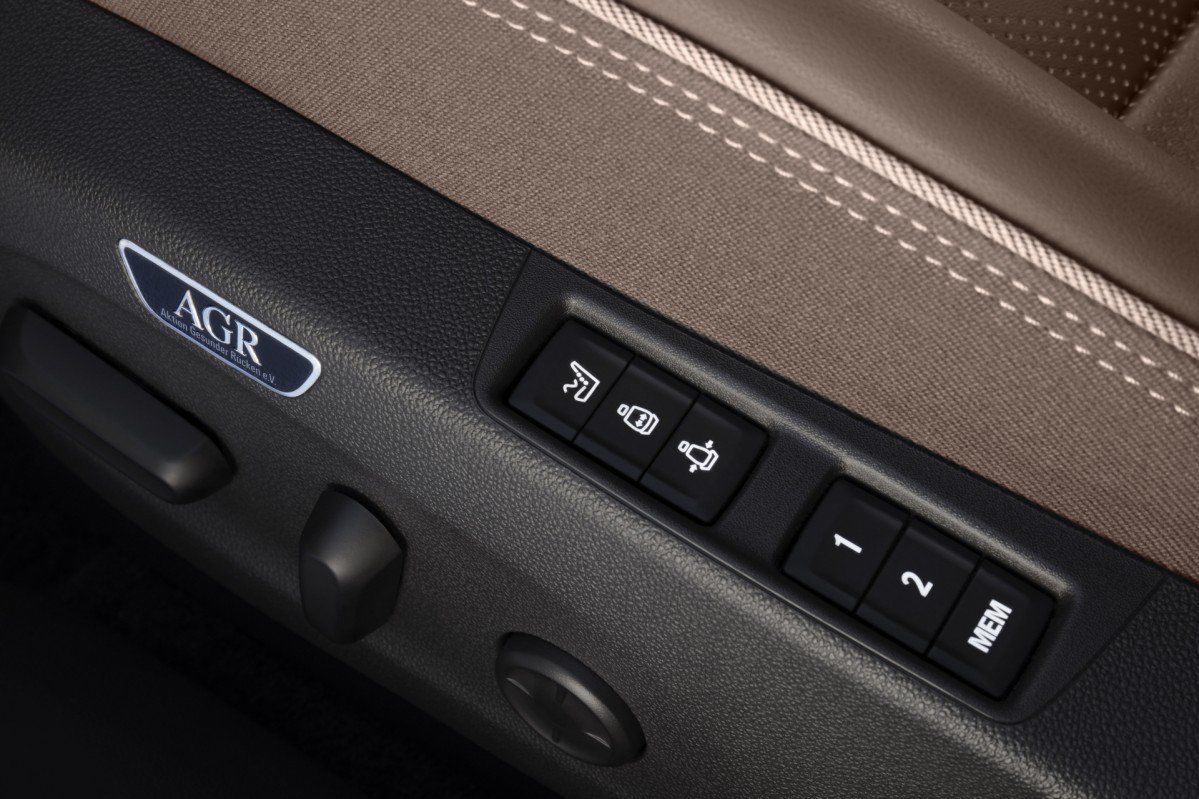 On par with the segment trends and requirements. Visually, the center console fares well and traces back to the new Astra. Moreover, the buttons now relocated within the infotainment system help the general neat and tidy - yet a bit dull - appearance.

The instrument cluster gets a digital speedometer while the steering wheel was shrunken a bit and pleases the hand's tactile jury with nicely grip surfaces.

My only complaints here are the piano black shiny plastic covering the center column, the rubbery-ish material that wraps the upper dashboard and the harsh, appalling plastics on the doors.

The former is a notorious fingerprint magnet, and oddly, Opel officials told us it is only available on higher-spec models, while versions closer to the base of the equipment pyramid replace it with matte black plastic. 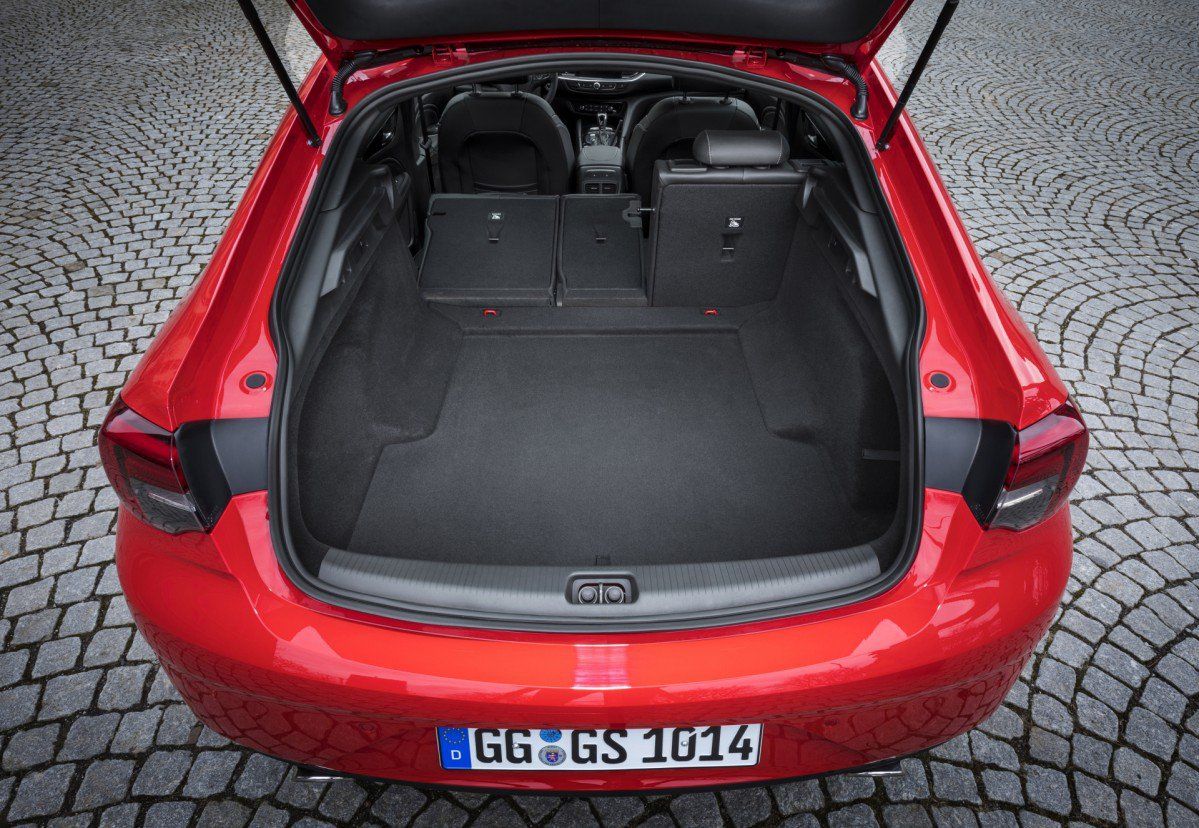 The 490 liters of cargo space aren't exactly segment leading but rather half-way there. Nevertheless, the rear seats folded down, you get a load area of 1,450 liters.

Inside, medium-sized door pockets, a central cubby, and a decent size glovebox stand for sufficient storage options for a family's small items like bottles, wallets or mobile phones. 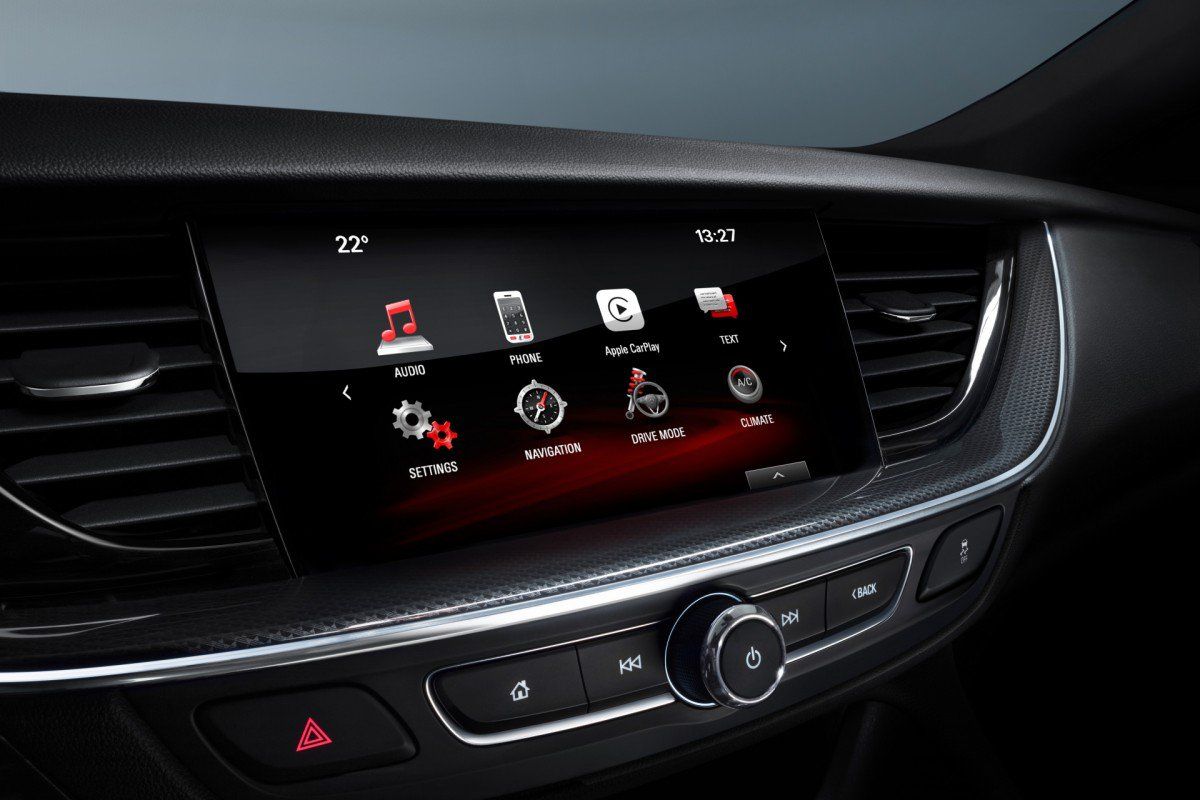 With graphics carried over from the facelifted first-gen Insignia, the infotainment system tends to lag at times but showed no other glitches in the process.

However, the navigation feature is easily confused by more peculiar road layouts, and it needs some time to get out of the groggy state.

The nicer touches are represented by the HUD which projects various bits of information directly on the windshield instead of using the increasingly widespread small plastic screen coming up from behind the steering wheel.

Besides Opel OnStar, the 360-degree bird view camera and the wi-fi hotspot round-up a synoptic tech package. As a side note, the wi-fi function is a blessing in countries like Germany, where speed limit-free highways did nothing to inspire the slothful cable internet connection. 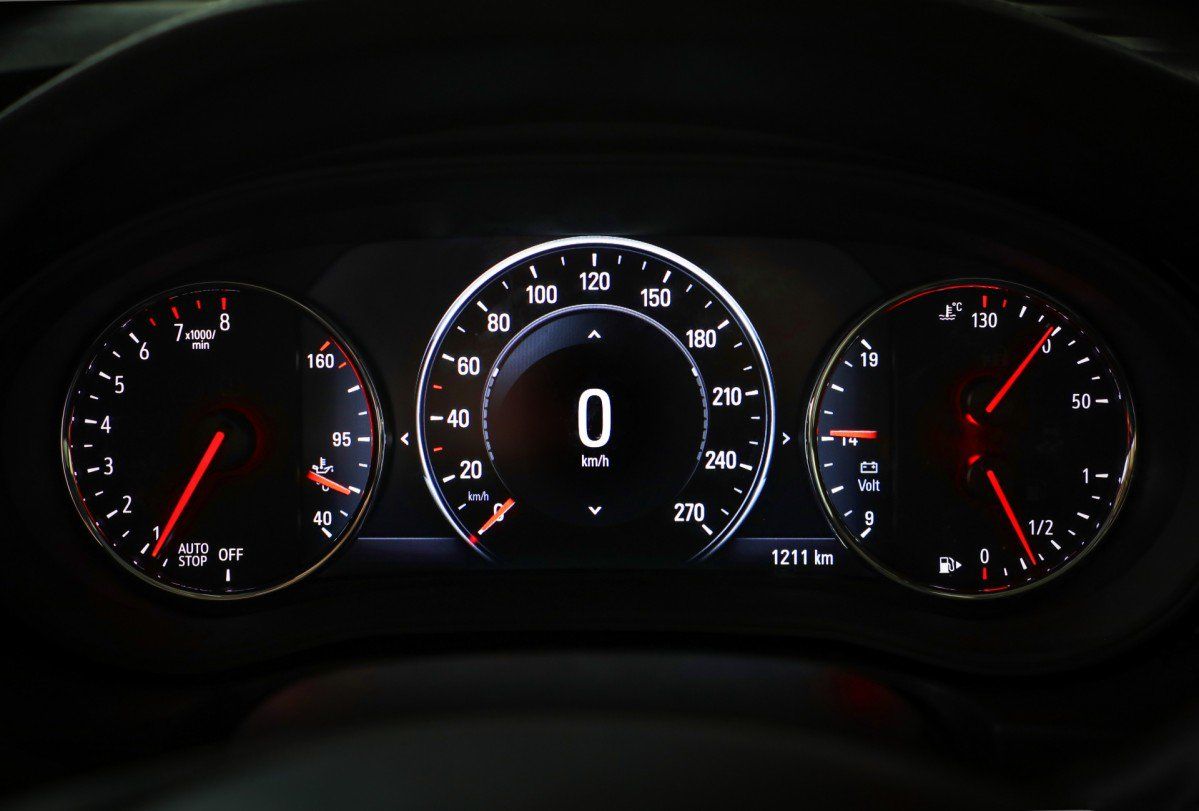 Admittedly, the 2.0-liter turbo won't smash frugality records. Opel says it will drink up anywhere between 8.6 and 5.7 l/100 km but in reality, it's burdened by the all-wheel drive, and we got an average consumption of 10 l/100 km without being bothered about the engine's fuel-sipping abilities.

Other options for slimmer budgets include a 1.5-liter turbocharged unit declined to deliver either 140 or 165 hp, while the diesel tribe proposes a 1.6-liter pot carrying 110 or 134 hp and a 2.0-liter putt-putt pushing out 170 hp. 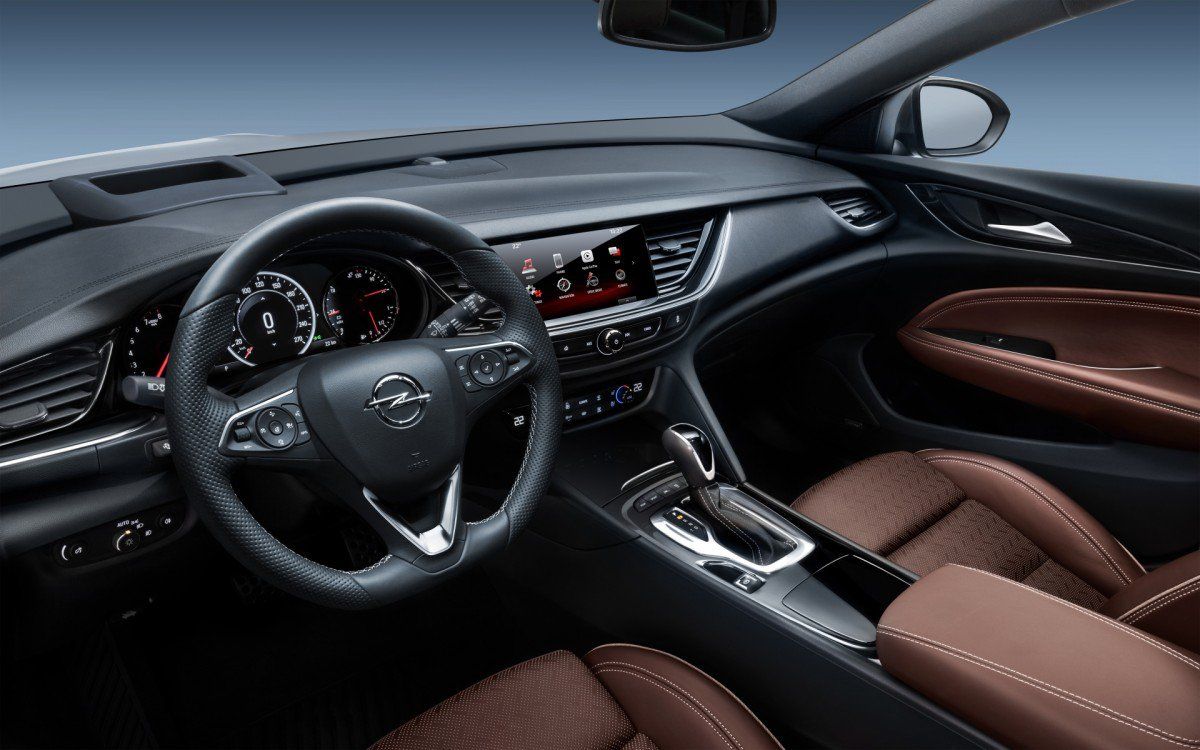 Leaving the broad safety arsenal aside, Opel fitted the Insignia with Apple CarPlay and Android Auto, ventilated and heated front seats with driver massage function and heated outer rear seats (a first in the Insignia family). 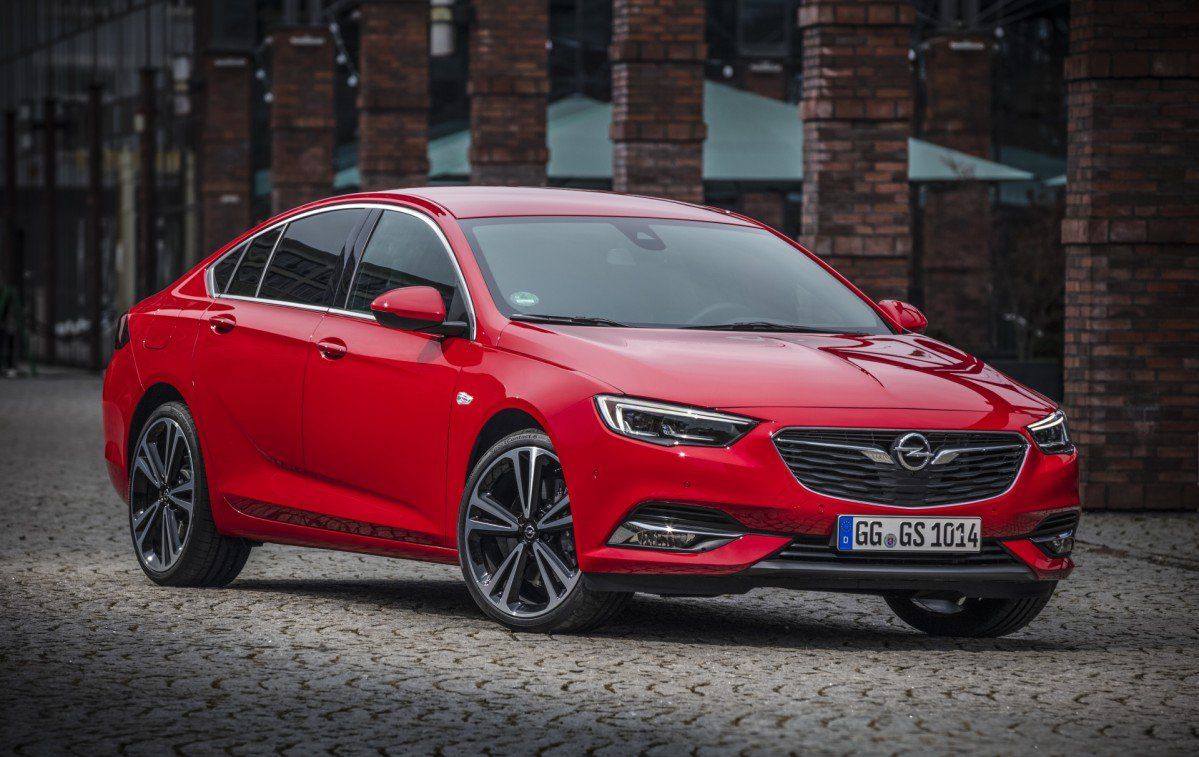 €25,940 will get you the base-level Opel Insignia Grand Sport in Germany while another €1,000 are required to make the swap to the Sports Tourer estate. Mind that a well-equipped model like the one we tested could take the check way north of €30,000, depending on what optionals one chooses to tick or leave out.

All in all, the new Insignia takes a bold step forward in a segment where models must not just compete with each other but also stand their ground in front of the crossover rush that's tormenting the modern car buyer.

Mind some quality mishaps in the cabin, the Insignia reaches a level that allows it to take on the segment's monstres sacrés, maybe even alter the conviction of rival brand customers. A promising opener which should only go for the better when the mid-life refresh is due.