Launched in 2003, the BMW X3 has quickly become a core model for the Bavarian brand, riding the SUV popularity wave and gaining a similar status among the brand's X models as the 3 Series has for the automaker's passenger cars.

The second-generation F25 X3 has been the most successful so far, with BMW producing more than 900,000 units between 2010 and 2017. Now there's an all-new X3 in town, the G01, and everything about it is fresh, from the CLAR (Cluster Architecture) lightweight platform to the design.

Granted, it doesn't look quite like an all-new model, as BMW wanted people to recognize it immediately as an X3. But exterior designer Calvin Luk did a great job given the briefing he had — the G01 appears contemporary and classy despite the fact that it doesn't have any standout design features (or maybe precisely because of that).

It's lighter (by up to 55 kg), roomier (thanks to the 50-mm longer wheelbase) and more high-tech than ever before (you can even have it with the Driving Assistant Plus pack of semi-autonomous driving features).

Our tester featured the 2.0-liter diesel engine everyone will buy in Europe, and that led me to a simple question: is the X3 all the premium SUV you'll ever need? Time to find out. The 190-horsepower 2.0-liter engine is as punchy and as refined as four-cylinder diesels get, but don't expect fireworks as you step on the gas: after all, it has 1.8 tonnes of Bavarian SUV to move around. Still, the 0 to 100 km/h sprint takes a reasonable 8.0 seconds, and top speed is 213 km/h (132 mph). The eight-speed Steptronic transmission is as good as in any other BMW and likes Comfort mode the most — which fits this car like a glove, by the way.

Still, when you select the Sport mode for the transmission, suspension, steering, and engine response, the X3 xDrive20d's acceleration is quick enough for most responsible overtaking scenarios. You'll also need to thank the 400 Nm (295 lb-ft) of peak torque for that and its availability from 1,750 to 2,500 rpm. 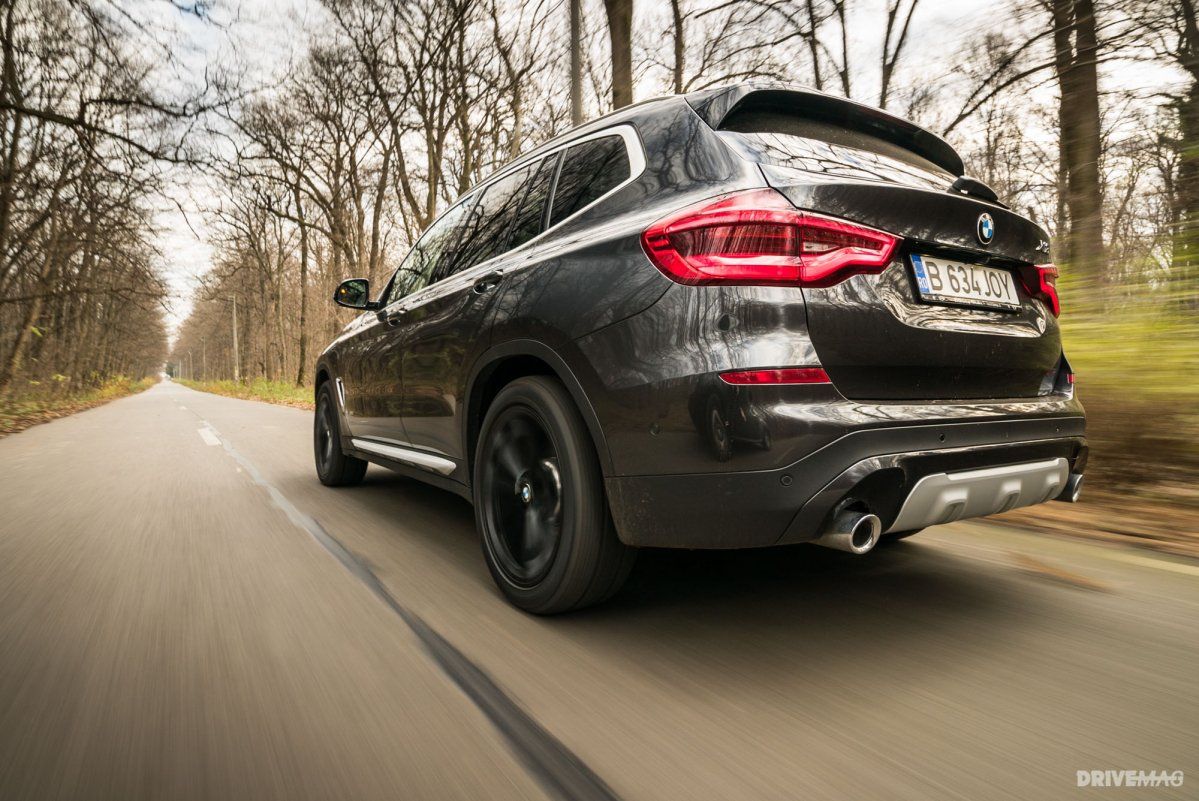 The 50:50 weight distribution and xDrive all-wheel-drive system with an increased rear bias make the X3 one of the finest SUVs out there when it comes to handling. There's little body roll, and the SAV sticks to the trajectory you want without protests. However, the electric power steering is somewhat vague — it does point the car in the right direction, but it doesn't offer much feedback.

The X3 isn't as agile and focused as the Jaguar F-Pace, but you can have fun by throwing it in corners. Then again, the Jaguar is nowhere near as refined, comfortable, and well-built as the BMW, which makes the X3 a better all-rounder.

The BMW X3 has never been an off-roader, but that doesn't mean you'll get stuck the moment you leave the asphalt. The decent ground clearance and automatic all-wheel-drive system allow it to tackle low- and even medium-difficulty off-road trails without problems. 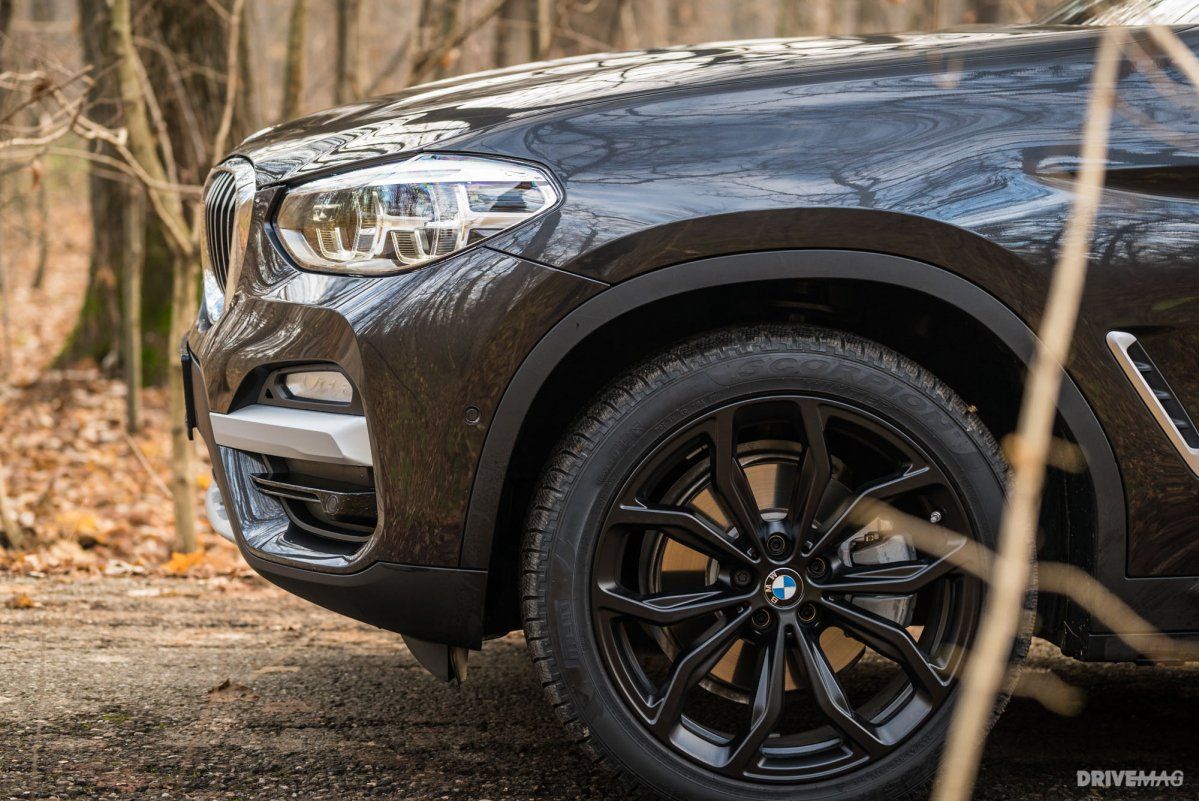 EuroNCAP is the first international organization to assess the G01 X3's crashworthiness, and the results are predictable. The SUV scored 93 percent for adult occupant protection, 84 percent for child occupant, 70 percent for pedestrians, and 58 percent for safety assist systems.

These scores qualified the all-new X3 for an overall five-star rating, making it one of the safest SUVs to be in the unfortunate event of a crash. Still, the BMW's result puts it bang in the middle of the list of five-star models assessed by EuroNCAP in 2017 in the "Small Off-Road" category. Despite riding on optional 20-inch alloys, the 2018 X3 is one of the most comfortable SUVs I've driven lately. That's mainly due to the optional adaptive suspension, which is worth every penny if you ask me — that would be €990 in Germany.

In Comfort mode, the X3 is everything a typical user would need from a family SUV: it wafts along undisturbed by road imperfections. No shocks are sent through the cabin — faint noises are the only signs you've hit some potholes. Still, on atrocious roads, the 245/45 R20 tires reach their limits when it comes to absorbing bumps so you would be much better off with the standard 18-inch rims.

Noise levels are low, and the seats and driving position leave nothing to be desired when it comes to comfort. The BMW X3's cabin is a really nice place to spend time in. The cabin feels well built and is spiced up with high-quality materials such as the Fineline Cove wood trim, Pearl Chrome inserts, Vernasca Oyster leather on the seats, and black artificial leather on the dash. All of these add a touch of class to the interior, but you'll need to pay extra for most of them. I would choose a darker hue for the leather upholstery, though, because the white one in our tester had jean stains on the driver's seat.

BMW has paid extra attention to areas passengers are most likely to touch, and the steering wheel is a great example: the chunky rim and the fine leather that wraps it makes you want to grab it all the time — which is also great for safety, come to think about it. The new X3 has a slightly longer wheelbase than its predecessor, and that translates into more space inside, particularly for rear passengers. I'm 1.83-m (6-ft) tall, and I have plenty of knee room and legroom in the X3, courtesy of the extended wheelbase compared to the previous-generation model.

Furthermore, even though the press car had the optional panoramic glass roof, headroom proved to be generous too — including for the passenger that sits in the middle seat. Storage spaces are abundant, and the X3 proves to be generous with the luggage as well: the boot has a capacity of 550 liters with all seats in place (loaded up to the parcel shelf). However, maximum cargo volume rises to 1,600 liters with the rear seats folded and if the X3 is loaded up to the roof. 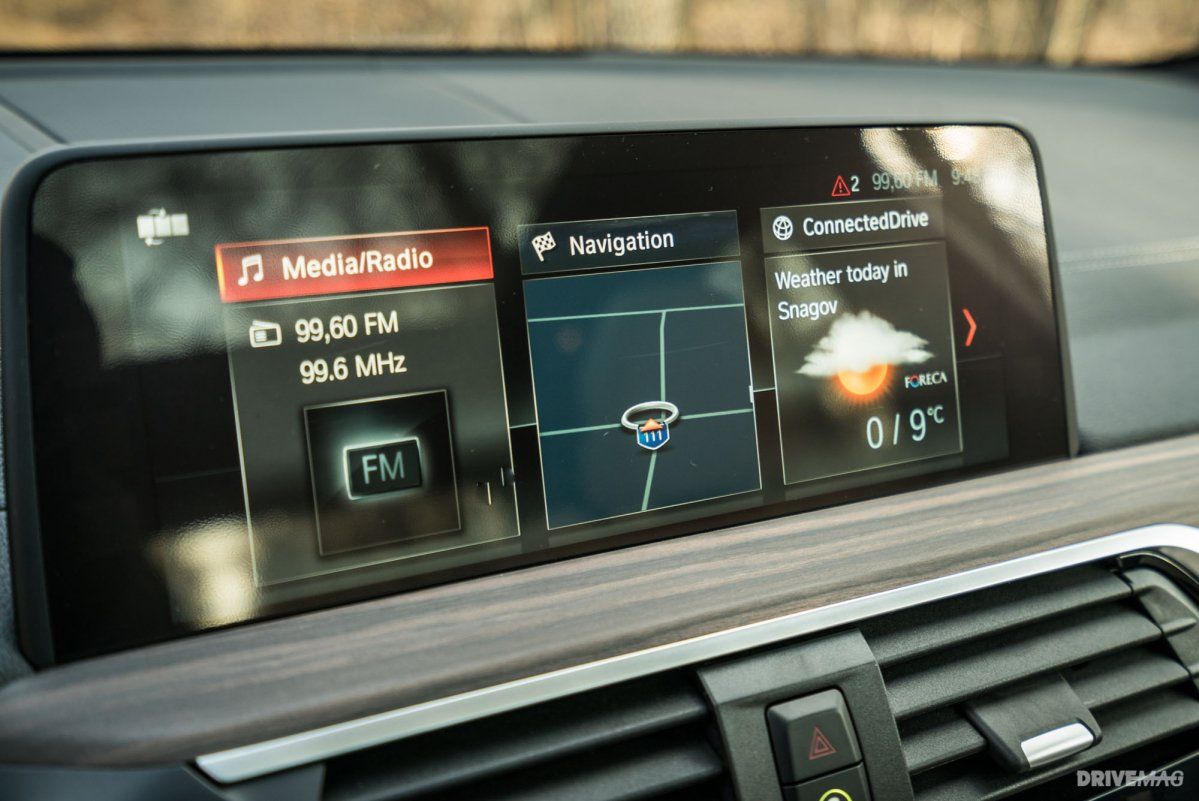 BMW's iDrive infotainment system is the best in the industry and has become even better with the latest updates. Besides using the rotary controller and your voice to control it, you can now touch the screen and use gestures — just like in the 7- and 5-Series.

As on those models, the interface is responsive, intuitive, and features crisp graphics. As for voice commands, the iDrive is now the best system in the industry: it "understands" what you want better than any of its rivals. Not to mention that the lady that answers your requests and gives directions during navigation has the suavest voice ever. 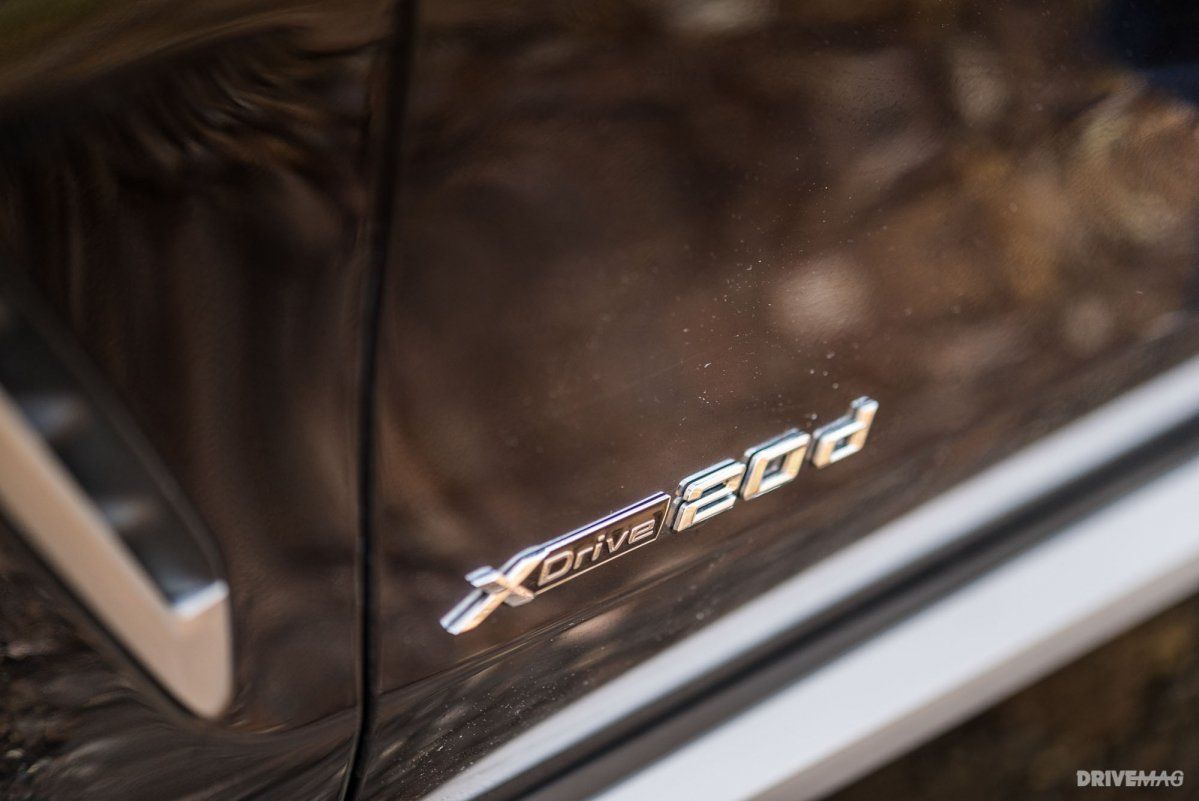 As is the case with all automakers, claimed fuel economy figures don't quite match real-life conditions. BMW quotes an average fuel consumption of 5.4-5.0 liters/100 km (depending on the tire size) for the X3 xDrive20d, but I couldn't get anywhere near that during my time with the car.

After driving the X3 for around 500 kilometers (both in and outside the city), the trip computer's average fuel consumption settled at 8 liters/100 km. While that's significantly more than the NEDC rating, it's not excessive for an SUV that weighs 1,825 kg (4,023 lb). Quite the contrary, it makes the X3 xDrive20d one of the most fuel-efficient models in the segment. Delve into the options list, however, and you'll soon lose track of time (and money). Our tester was generously specced with goodies like the BMW Professional navigation with touchscreen, gesture control, Harman Kardon audio system, digital instrument panel, LED adaptive headlights, adaptive dampers, Driving Assistant Plus, Parking Assistant Plus, panoramic roof, and much more: a total of €27,500 in options. The xDrive20d version starts at €47,000 in Germany, but the test car's xLine trim level and the long list of optional extras drive the price above €75,000. That's a lot of money for an X3, so you should keep it simple with the options. The adaptive suspension is a must if you ask me, but everything else is negotiable.

Overall, the X3 xDrive20d is a complete package: I just don't see why anyone would need a bigger, more powerful, and more practical premium SUV than this — unless they want to save money and buy an X1 instead.