It may look almost the same, but it's a different animal

After a first contact with the new Porsche Cayenne in Germany, we've been flown to the island of Crete to drive for the first time the third generation of the Cayenne.

Back in 2002, Porsche managed to enrage its fans with the launch of an SUV. It was named Cayenne and was the first attempt for the sports car brand from Stuttgart at building a car for every road.

Years went by, and Cayenne has become one of the most successful models in the Porsche range. The first generation was sold in more than 270,000 units, while the second one surpassed the 500,000 mark. That's a total of 770,000 Cayennes in 15 years. Keep in mind, Porsche needed 53 years to sell a million 911s.

Today, the Cayenne is a constant presence on every road, the Porsche SUV being loved for its versatility and sporty character.

The second generation was a pretty complete package, but it was time for a new iteration. So, without further ado, here it is: the very familiar Cayenne III. The new Cayenne is already available in three versions. The base Cayenne is the 3.0-liter turbo V6 putting out 340 hp, the Cayenne S with the 2.9 bi-turbo V6 churning 440 hp, and the ballistic Cayenne Turbo powered by the 550 hp 4.0 bi-turbo V8. No diesel version yet, but it's coming next year, no word if it's a V6 or a V8. Also, a hybrid version is in the works.

We've put to the test the Cayenne S through the twisty roads in the Greek island of Crete. And wow, it made quite an impression!

It's one of the best engines you can choose for the new Cayenne. Powerful enough and set to never disappoint you. It's mated with the 8-speed automatic gearbox, dubbed Tiptronic S. The box changes gears efficiently especially when it's in manual mode, and the driver uses the steering-wheel paddles. In full auto mode, sometimes you can get a small lag on downshifts, but nothing major.

All Cayenne models achieve their top speed in sixth gear. The seventh and eighth gears, along with the coasting function, are designed for maximum efficiency and to improve driver comfort on long-distance journeys. 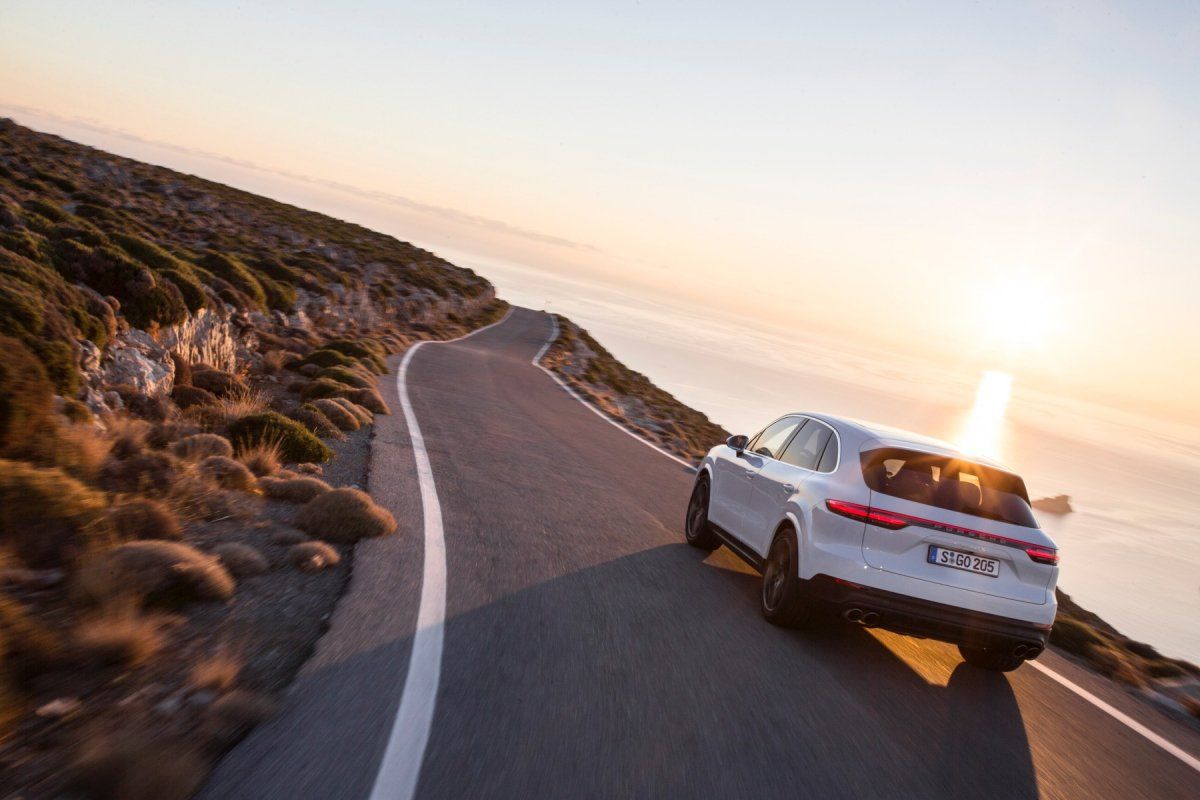 All these systems helped the quite large Cayenne to feel extremely planted on the twisted Cretan roads. And the first thing that hits you is the exceptional steering. It's electrically assisted, but Porsche managed to do it right. The feeling in the steering wheel is direct and has just the right amount of weighting.

The optional rear steering helps the car corner more precisely, and at 3 degrees angle, you actually don't feel the back steering. Together with the PDCC (the electrically controlled active anti-roll bars) and the three-chamber air springs, there's effectively no body roll. The massive two-ton Cayenne S corners flat and fuels the driver appetite to drive more and more.

And when you run out of road, there are massive brakes to save you. Know, the Cayenne S can be configured with the optional Porsche Surface Coated Brake (PSCB) brakes. The steel discs are coated with tungsten-carbide and combined with specially developed brake pads the new brakes deliver impressive stopping power.

A side effect of the new technology is the unique appearance of the coated discs. After around 600 kilometers of day-to-day driving, the pads will have polished the surface to a gleaming shine, creating a mirror-like finish. The aesthetic effect is enhanced by the white brake calipers.
The Ceramic Composite Brakes (PCCB) are also available as an option. The safety systems are more than complete for the new Cayenne. For example, the third generation has Park Assist with reversing camera and Surround View, adaptive cruise control with stop-and-go function.

Thanks to the stop-and-go function, the vehicle can pull off again automatically even after braking to a standstill. If the car is stopped for longer than three seconds, a short tap on the accelerator pedal or a restart via the control stalk is all that is needed to move off again. The new Cayenne can also be specced with the new InnoDrive system.

Using the navigation data, it calculates the optimum acceleration and deceleration values for the next three kilometers and activates them via the engine and the Tiptronic S as well as the brake system. In doing so, the electronic co-pilot takes corners, gradients, and maximum speeds into account. It detects the current traffic situation using a radar and video sensors and adjusts the control process accordingly. Besides the low growl of the V6 engine, nothing else disturbs the silence of the cockpit. The tire and wind noises are kept to a minimum. The standard seats are comfortable enough, but there are also the optional seats, including the sports seats that can be heated and cooled.

The air suspension has three settings for the stiffness of the springs while the driving modes can be selected via the steering-wheel-mounted knob: comfort, sport, sport+ and individual. Porsche doesn't disappoint when it comes to build quality. All the materials used inside and out are top notch. Buyers may complain about the looks, from the front, the new Cayenne is virtually similar to the second generation.

You need to look at the back to be able to spot the newer generation. The interior is similar to the one featured in the new Panamera. There are sumptuous materials, seamlessly integrated technology and a lot of style. There's also the practical side. Cayenne can travel on unpaved roads and uneven surfaces with ease. Five passengers cand travel in comfort and the trunk gained an extra 100 liters of space.

The total space in the boot is now 770 liters. An electric tailgate and the self-leveling suspension complete the package. Porsche is at the top of its game in the infotainment area. A huge 12.3 inch HD touch display crowns the center console, while two smaller seven-inch screens are in front of the driver, to each of the sides of the center-mounted analog rev-counter.

The Cayenne and Cayenne S are equipped with the HiFi speaker system as standard, while the Cayenne Turbo comes with the new BOSE Surround Sound System.

The new Cayenne is also fully networked and connected. Drivers can now access Amazon Music, Smart Home functions provided by Nest, and Radio Plus, an intelligent combination of traditional radio reception and online radio, all through PCM infotainment system.

Only one downside: the Panamera inspired center console has touch-activated buttons. While some of them need the actual push to engage, others are activated solely by touch. But you need to take your eyes off the road to look at the buttons, and it's distracting. 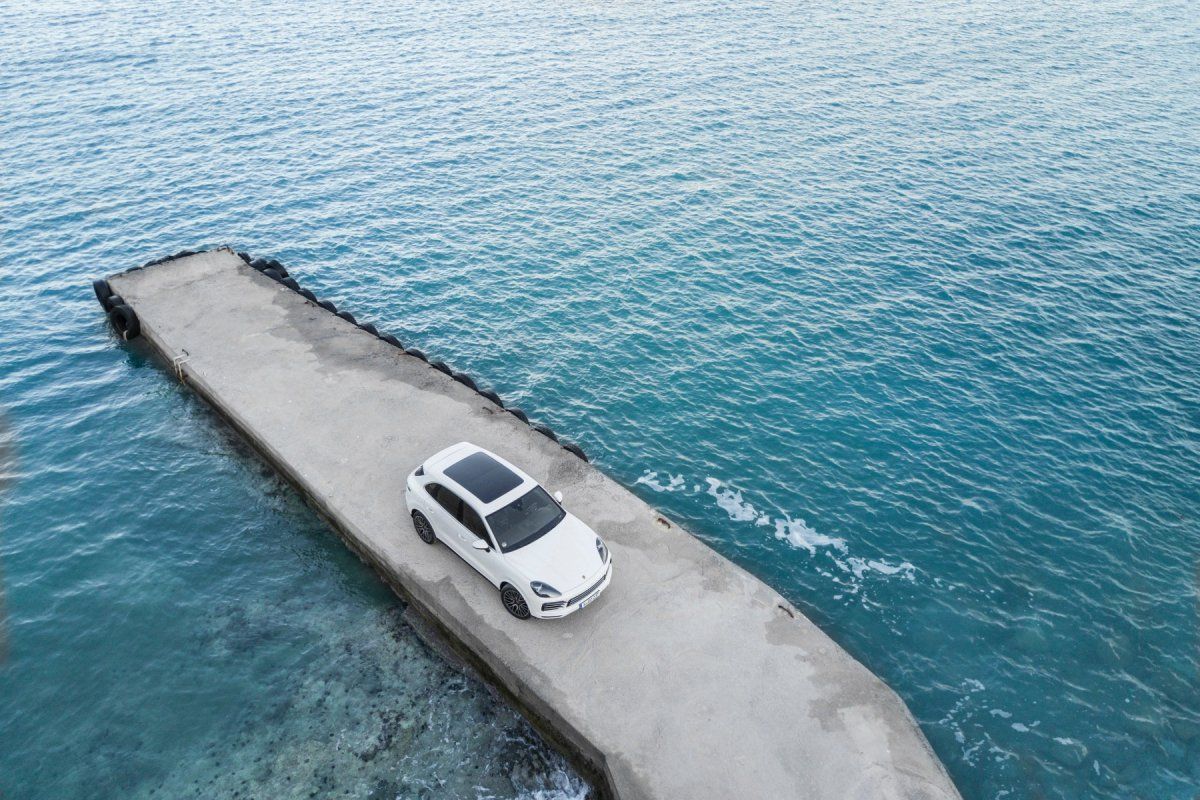 Until the diesel and hybrid versions are available, potential customers need to choose between three petrol versions. Official figures say that the Cayenne S drinks an average of 9.4 l/100 km. 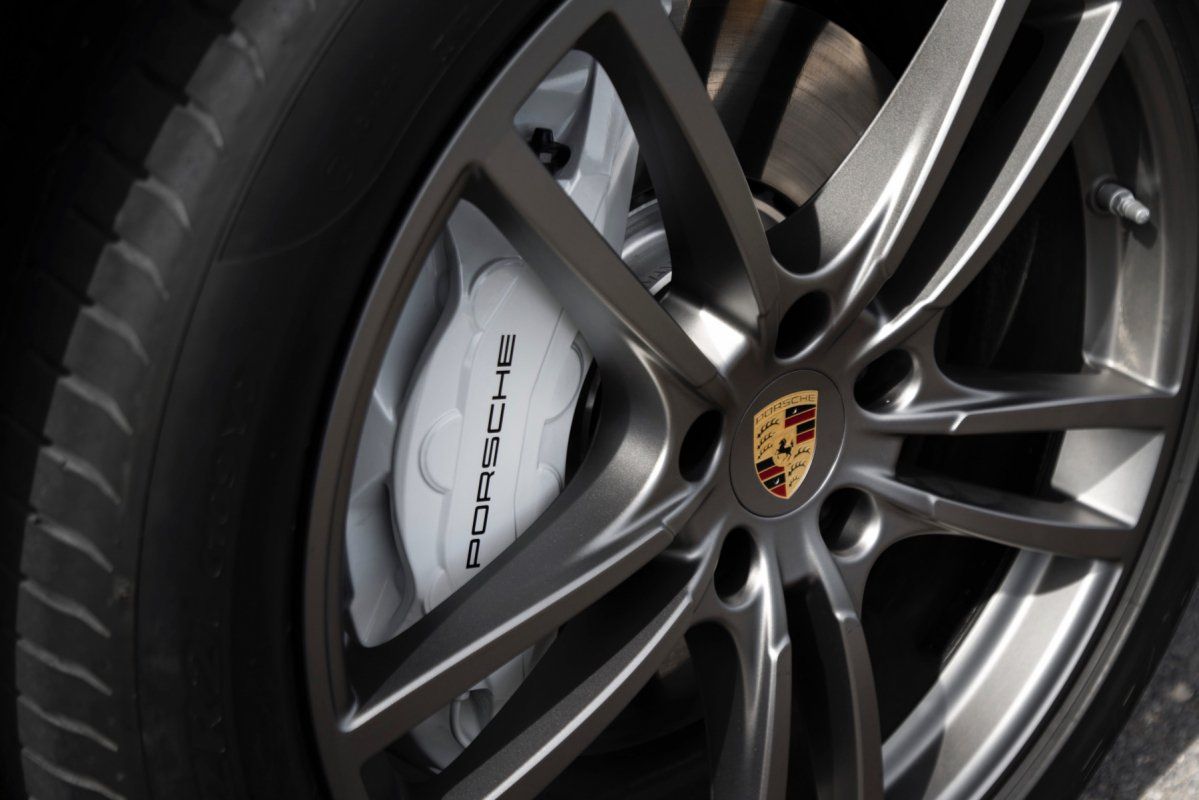 Each Cayenne comes with quite a lot of kit, but keep in mind that the air suspension, the active anti-roll bars, and the all-wheel steering are all options. 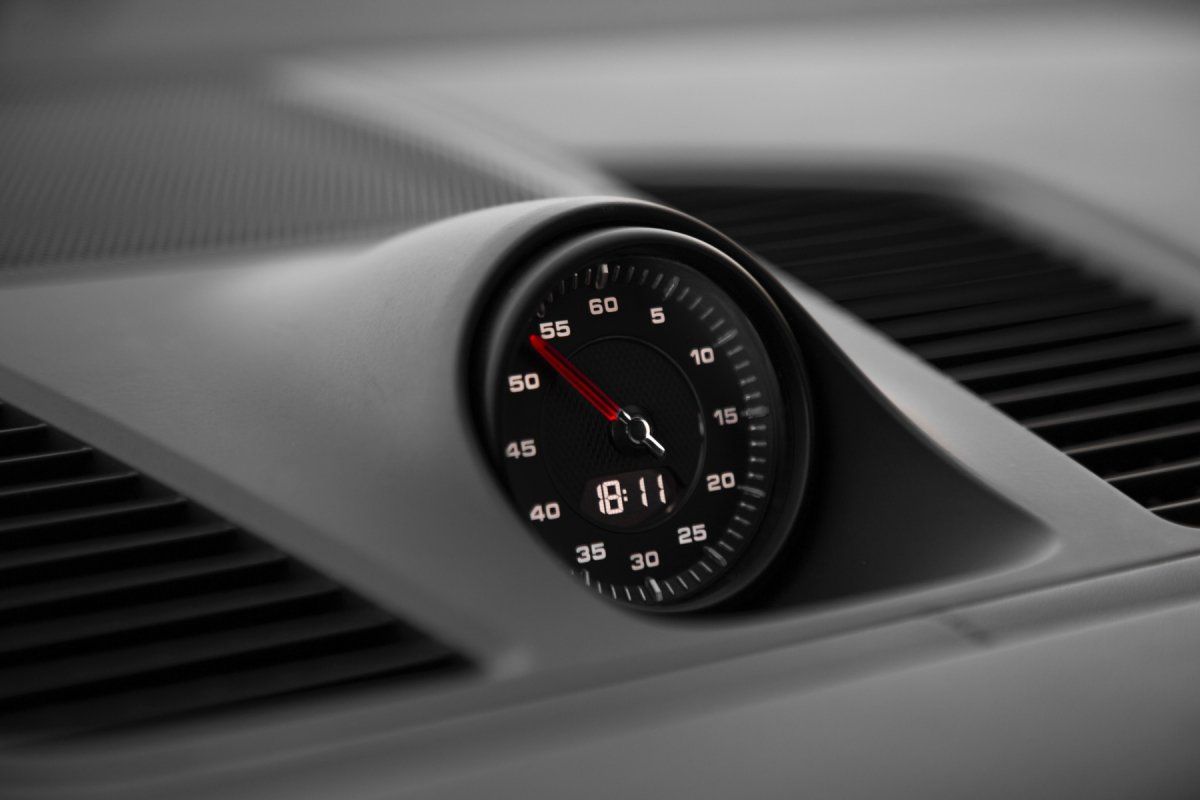 The new Cayenne has a European starting price of €74.828 ( for our American friends) on the German market. For more power, the Cayenne S starts at €91.964, while the Cayenne Turbo will make you dig deeper into your pockets. Starting price is €138.850.