The glory days of the minivans are gone, with seven-seat SUVs stealing market share from them every year

That said, some shoppers don't see three-row SUVs as an alternative for their (large) family needs, and this is exactly the group of people targeted by automakers with spacious, practical and versatile minivans. The minivan scene in the U.S. is far less populated than in Europe, but buyers have enough options. Scroll down for our top 10 best family minivans offered in the United States for the 2016 model year. 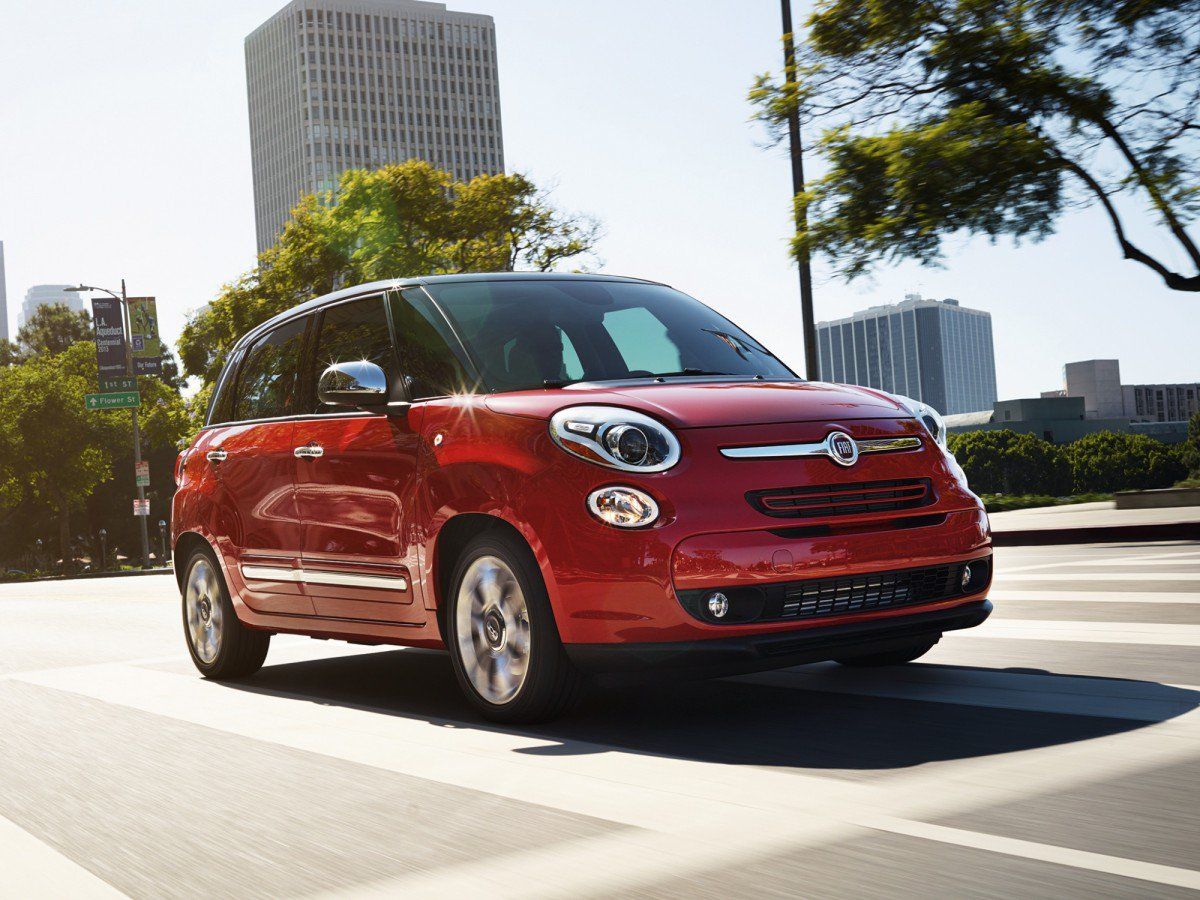 If your family is not very big, you may want to consider the Fiat 500L. It's a five-seat compact minivan (Europe also gets it as 500L Living with seven seats) that combines iconic design cues from the 500 city car with the practicality given by two added doors and a bigger body. The 500L offers plenty of room for all five passengers, but it is let down by the small 1.4-liter turbocharged four-cylinder. When filled with passengers and cargo, the 160 hp engine struggles with the additional weight. 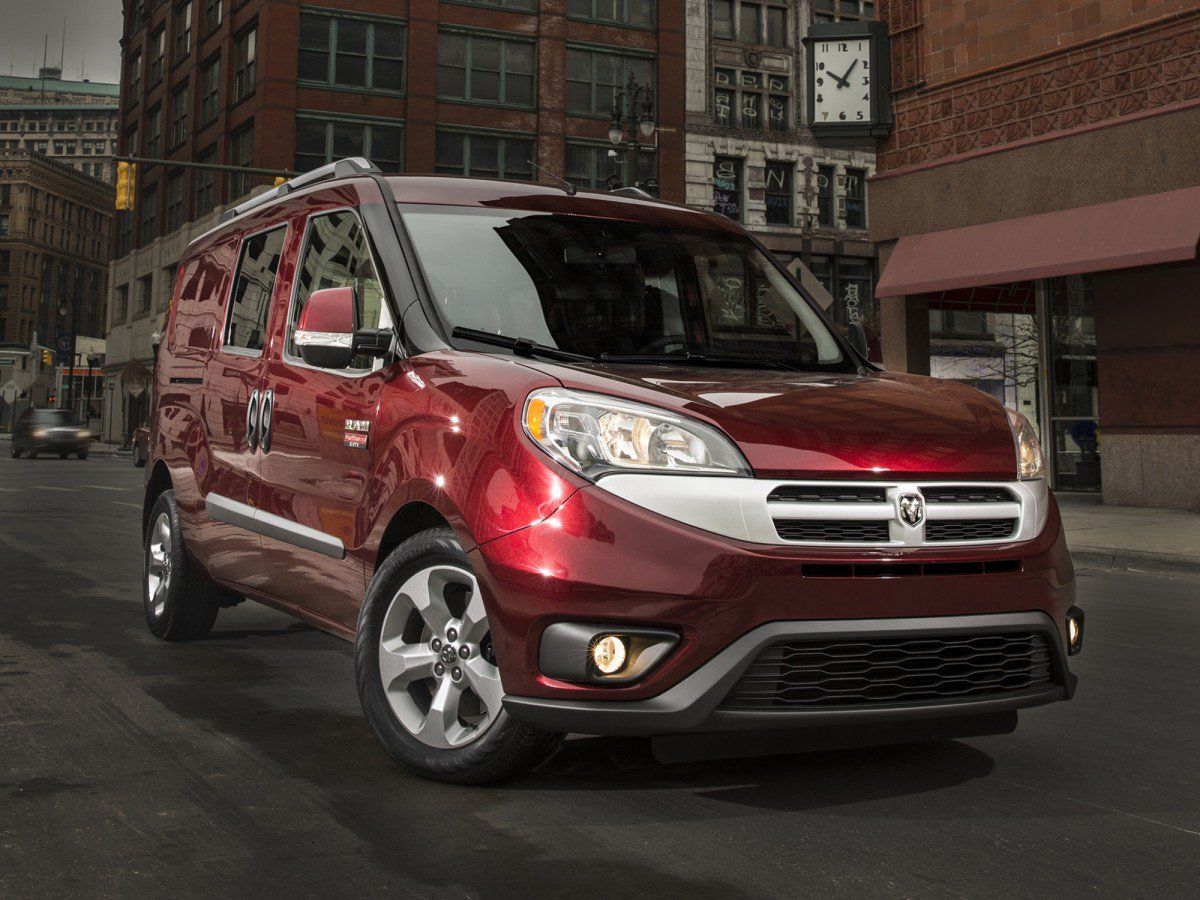 In Wagon configuration, the Ram ProMaster City is a combination of a commercial van and a minivan – including from a design point of view. Sold in Europe as the Fiat Doblo, the ProMaster City Wagon has five seats and plenty of cargo space for a compact van. Therefore, it is suitable both as a workhorse for small business owners and as a family car. Being essentially a commercial van, the Ram ProMaster City Wagon lacks the refinement and quality of assembly of conventional minivans but compensates for that with a lower price. The only engine offered is a 2.4-liter four-cylinder unit rated at 178 hp. 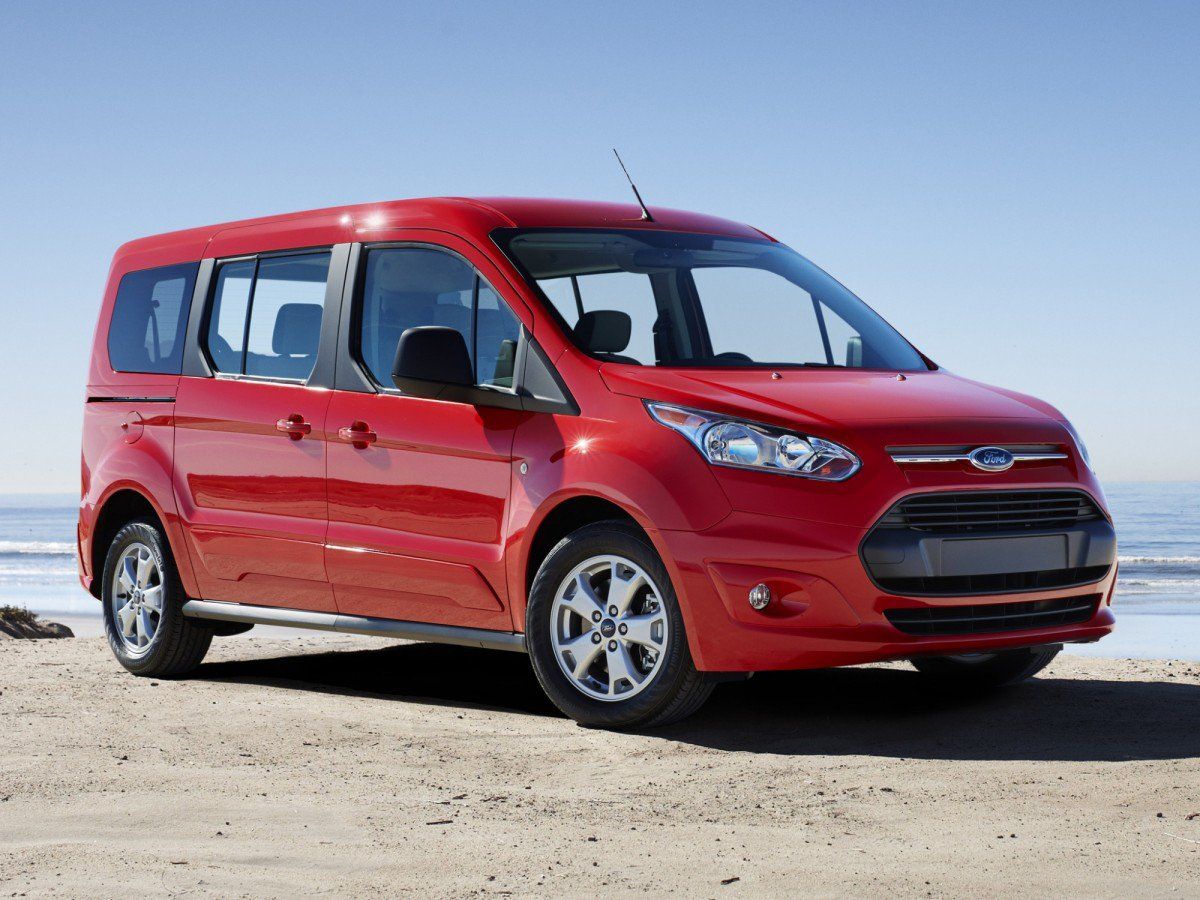 Based on the Transit Connect Van light-commercial vehicle, the seven-seat Transit Connect Wagon is less refined than traditional minivans. The second-row seat doesn't recline or slide, and folding the second- and third-row seats is harder than in most minivans. Furthermore, the quality of plastics is below other Ford passenger cars. Despite all these drawbacks, the Transit Connect Wagon does the job for a significantly lower price than traditional minivans. It comes with a standard 169 hp 2.5-liter four-cylinder engine or an optional 178 hp 1.6-liter turbo. 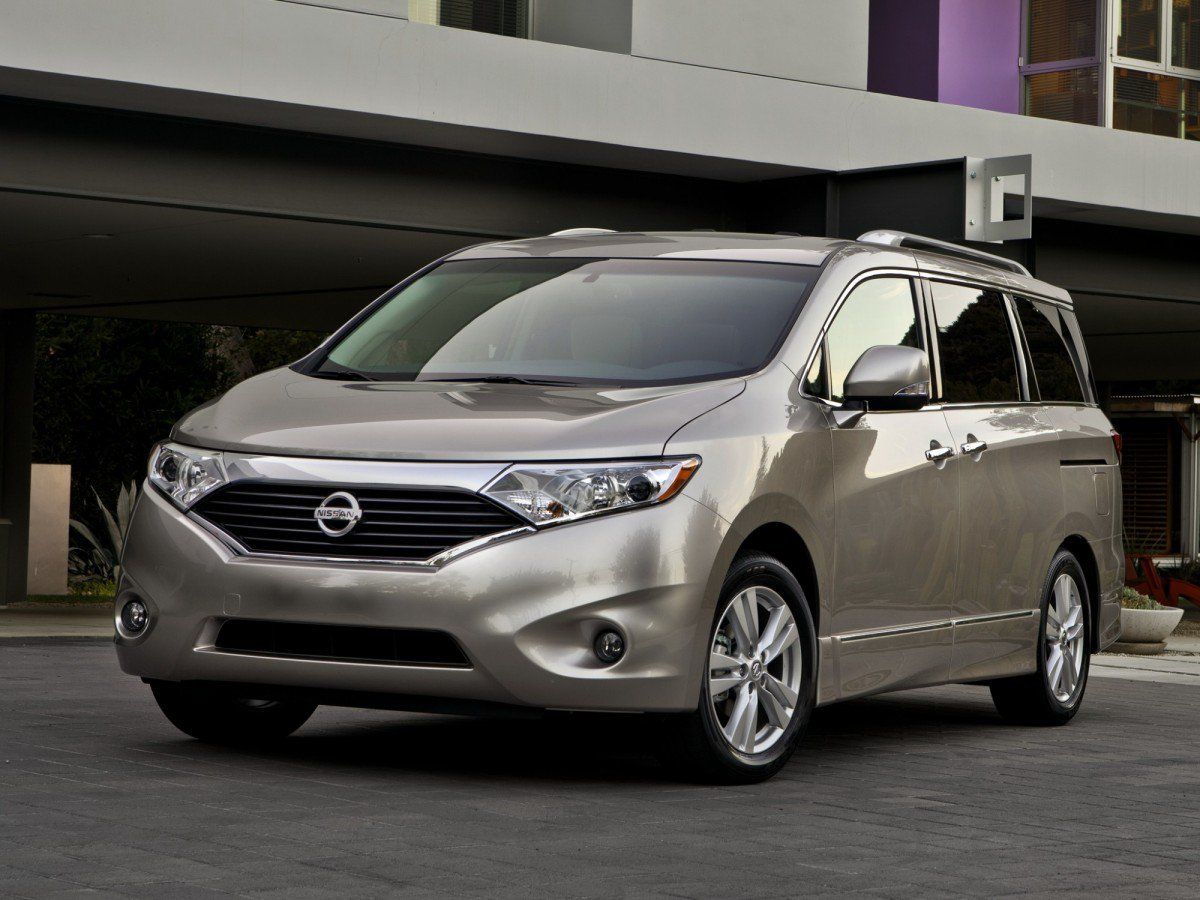 The Nissan Quest is the least known of the Japanese trio of minivans available in the United States – the Honda Odyssey and Toyota Sienna are clearly ahead. That doesn't mean that the quirky Quest is not worth considering, though. It offers loads of space for passengers, as well as versatility. However, maximum seating capacity is seven – one less than its more successful rivals. Cargo volume is also slightly below competition because of the high load floor and non-removable cargo covers. Power comes from a 3.5-liter V6 that delivers 260 hp. 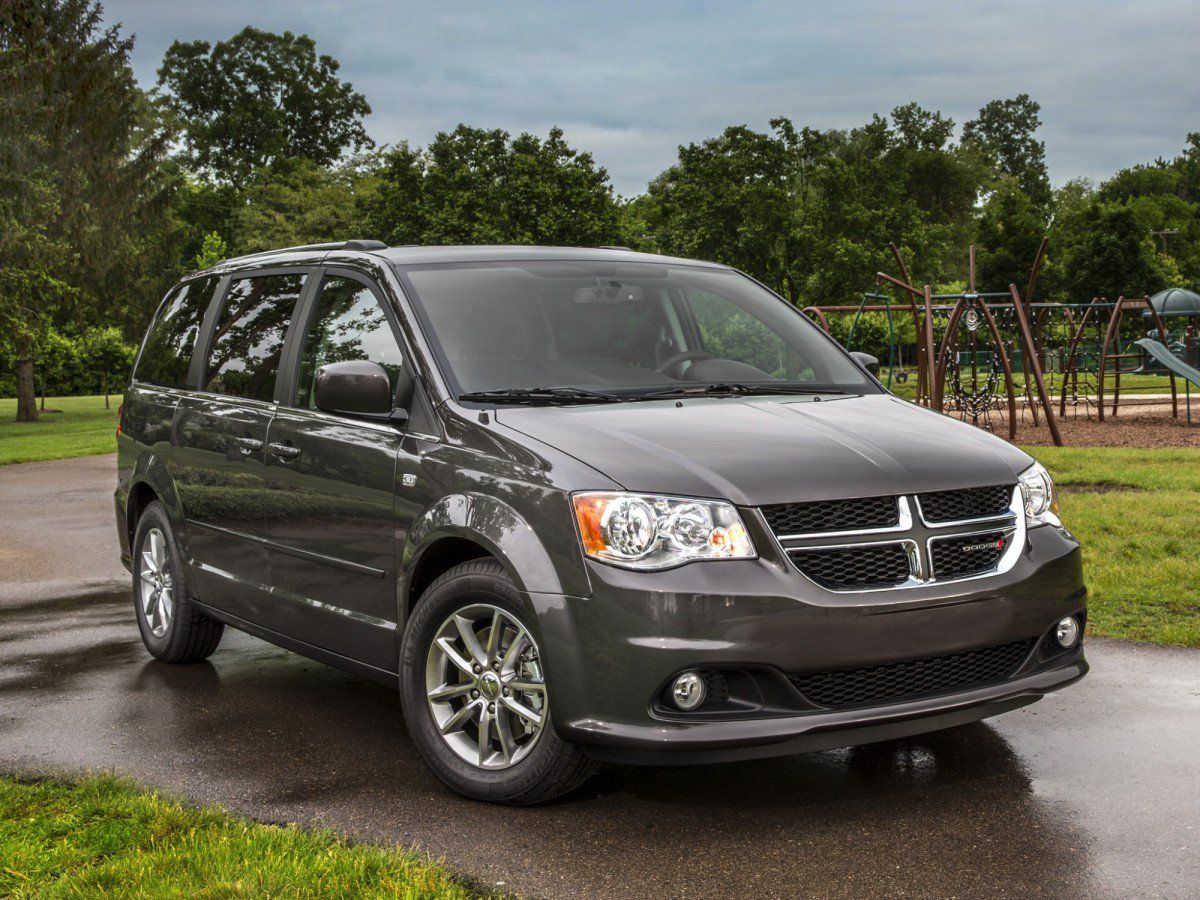 Although based on an aging platform, the Grand Caravan still has adepts in the minivan segment. Essentially a more budget-oriented sibling of the Chrysler Town & Country, the Grand Caravan offers a less luxurious cabin but the same interior space and versatility (with a maximum seating capacity of seven, though). Its biggest advantage is the competitive pricing, which makes it impossible to ignore by shoppers who need an affordable minivan. The second-row "Stow'n Go" seats which fold into the floor for a flat load area are a unique feature of the Grand Caravan (and Town & Country). The 2016 Dodge Grand Caravan is offered with a single engine option, a 3.6-liter V6 that delivers 283 hp. 2016 is the last model year for the Town & Country, which will be replaced by the recently-unveiled 2017 Pacifica. Chrysler's minivan offers a more refined ride and more luxurious interior than Dodge's version, but it clearly shows its age compared to newer rivals such as the Honda Odyssey and Kia Sedona. The fact that it only offers seven seats is another drawback compared to the competition. Still, if you want a massively improved minivan from Chrysler, you can skip the 2016 model year and wait for the 2017 Pacifica. The 2016 Town & Country comes with the same 283 hp 3.6-liter V6 as the Grand Caravan. 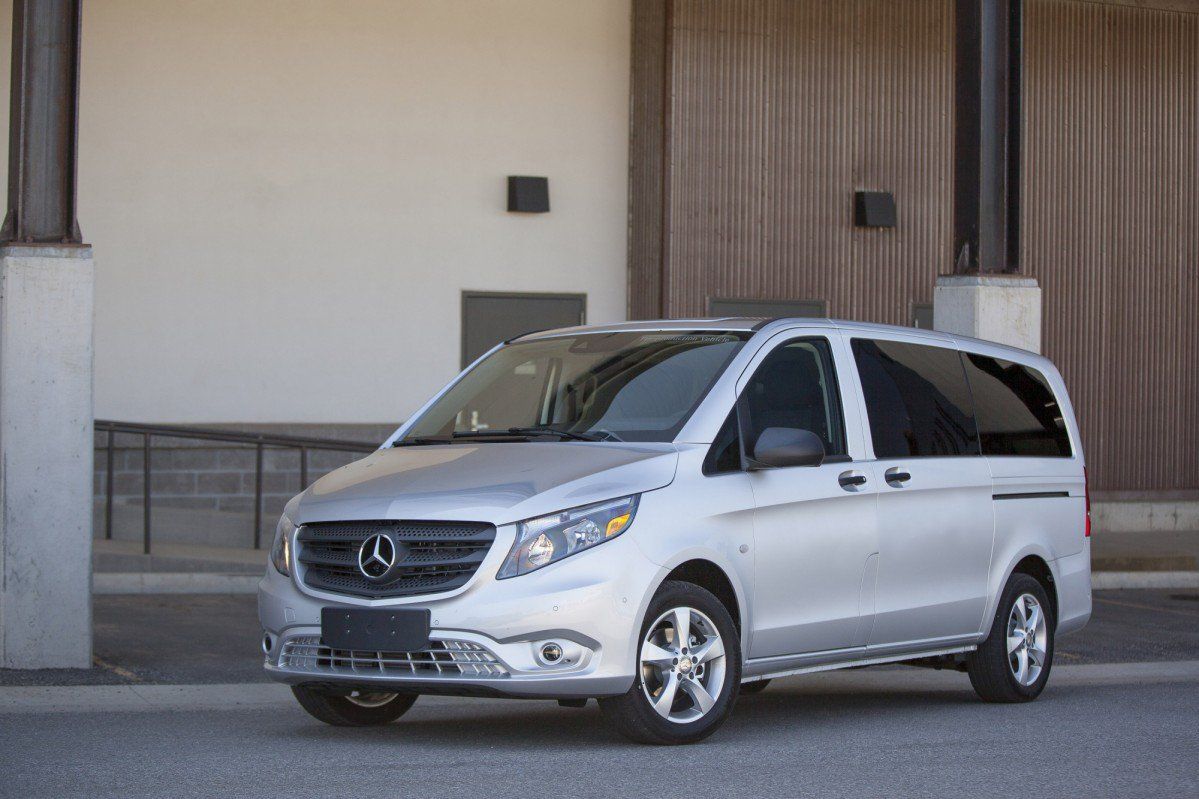 Sold in Europe as the Mercedes-Benz Vito, the all-new 2016 Metris is a van that combines space (up to eight seats) and versatility in an attractive package. Although similarly-sized to the 2016 Honda Odyssey and 2016 Kia Sedona, the Metris differs from these models as it's a commercial van offered with a passenger version too. Based on the Vito commercial vehicle, the Metris lacks luxuries and high-quality materials one would expect from the Mercedes-Benz brand but makes up for that with a competitive price and a fuel-efficient 2.0-liter turbocharged four-cylinder engine rated at 208 hp. 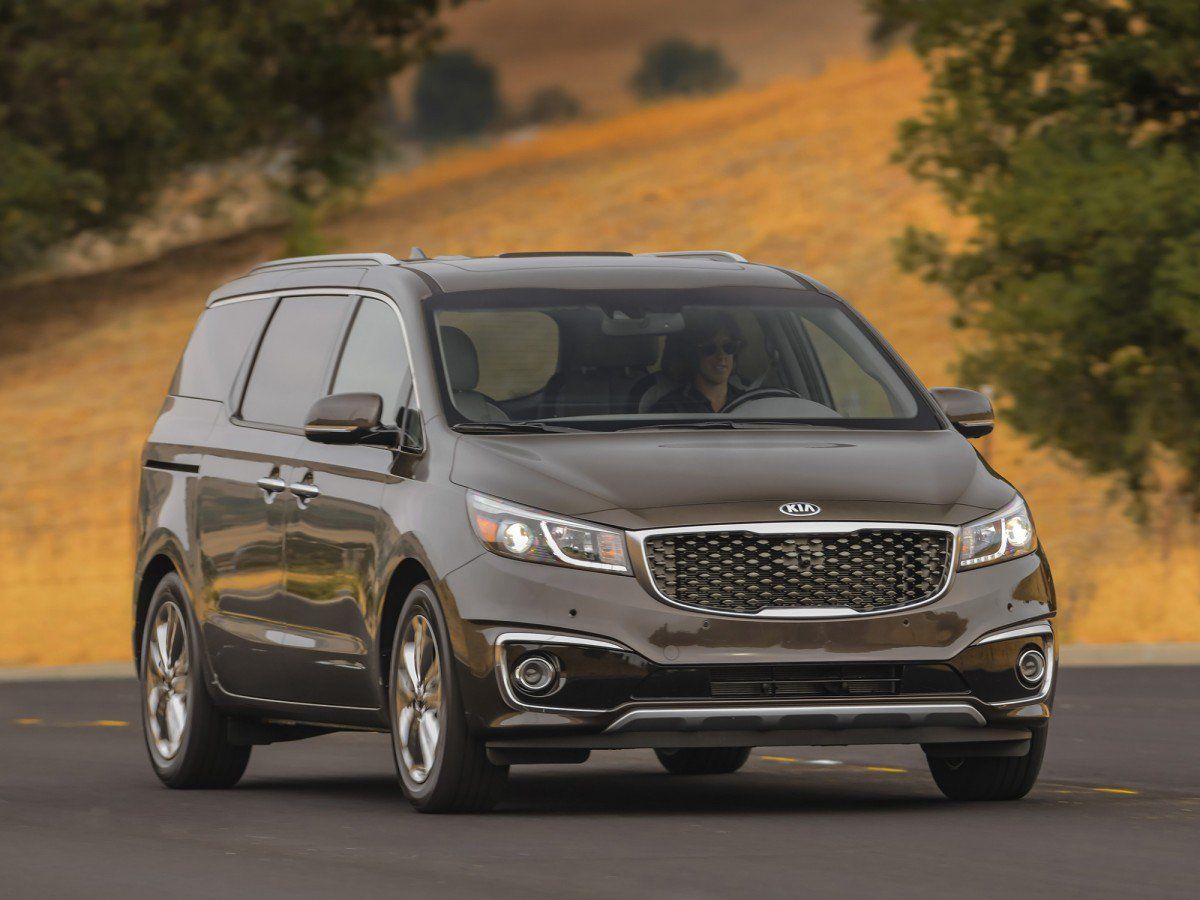 With the all-new 2015 Sedona, Kia proves that it's serious about taking on the segment's leaders, the Honda Odyssey and Toyota Sienna. The redesigned Sedona combines styling elements typical to SUVs/crossovers with a spacious interior (up to eight seats), and the versatility people expect from a minivan. The Korean model boasts a high-quality cabin and is priced more competitively than Japanese rivals. An interesting feature is the fact that second-row seats collapse upright behind the front row to maximize cargo capacity and access to the third row of seats. Range-topping SX-L models offer lounge-style second-row seats. All Sedonas get a 3.3-liter V6 rated at 276 hp. 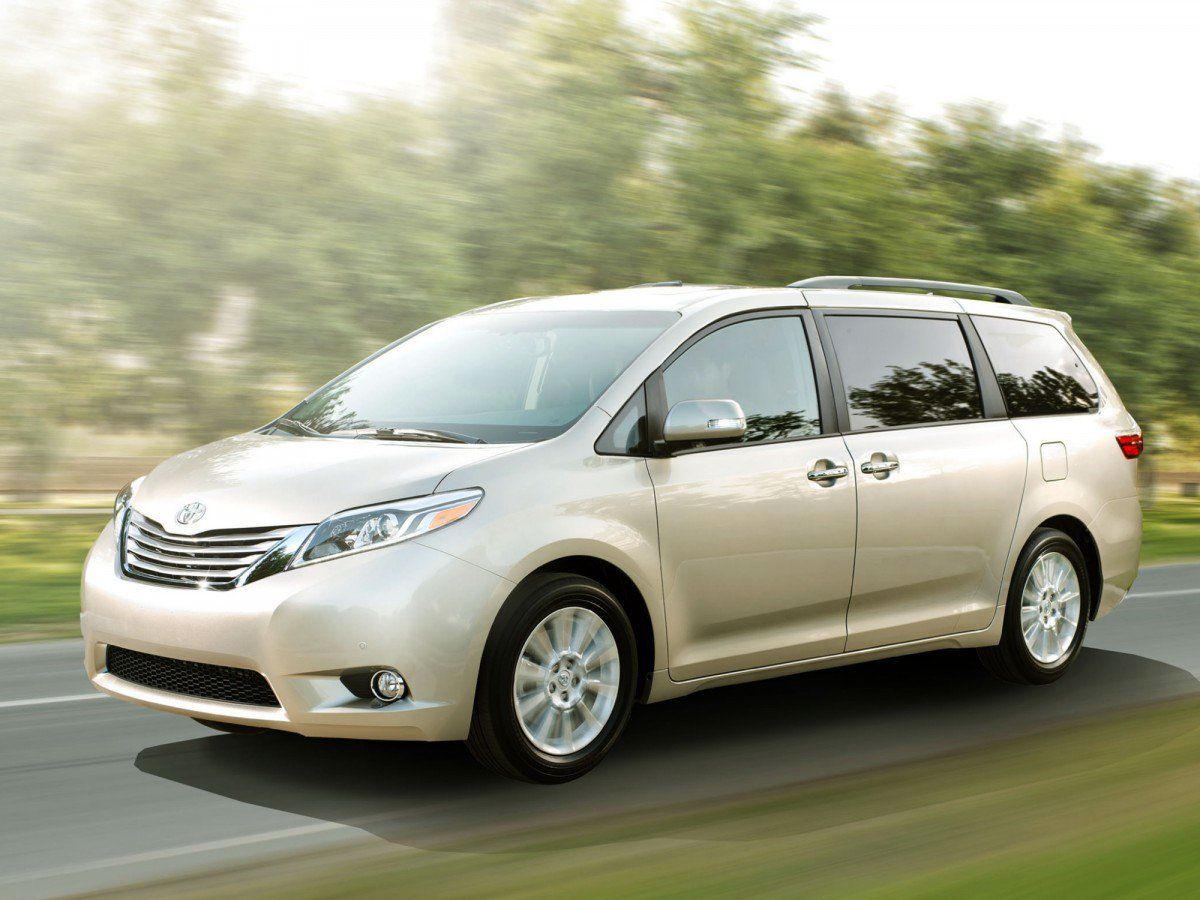 Launched in 2010 as a 2011 model, the current-generation Toyota Sienna still offers probably an attractive package in the minivan segment. With eight seats and optional all-wheel drive (exclusive in the segment), the Sienna is an ideal choice for large families. Toyota gave its minivan discreet styling and equipment updates for the 2015 model year, as well as better quality materials. The spacious and versatile interior is the car's main selling point, but the Sienna also feels fun to drive. The only engine available is a 3.5-liter V6 that delivers 266 hp. 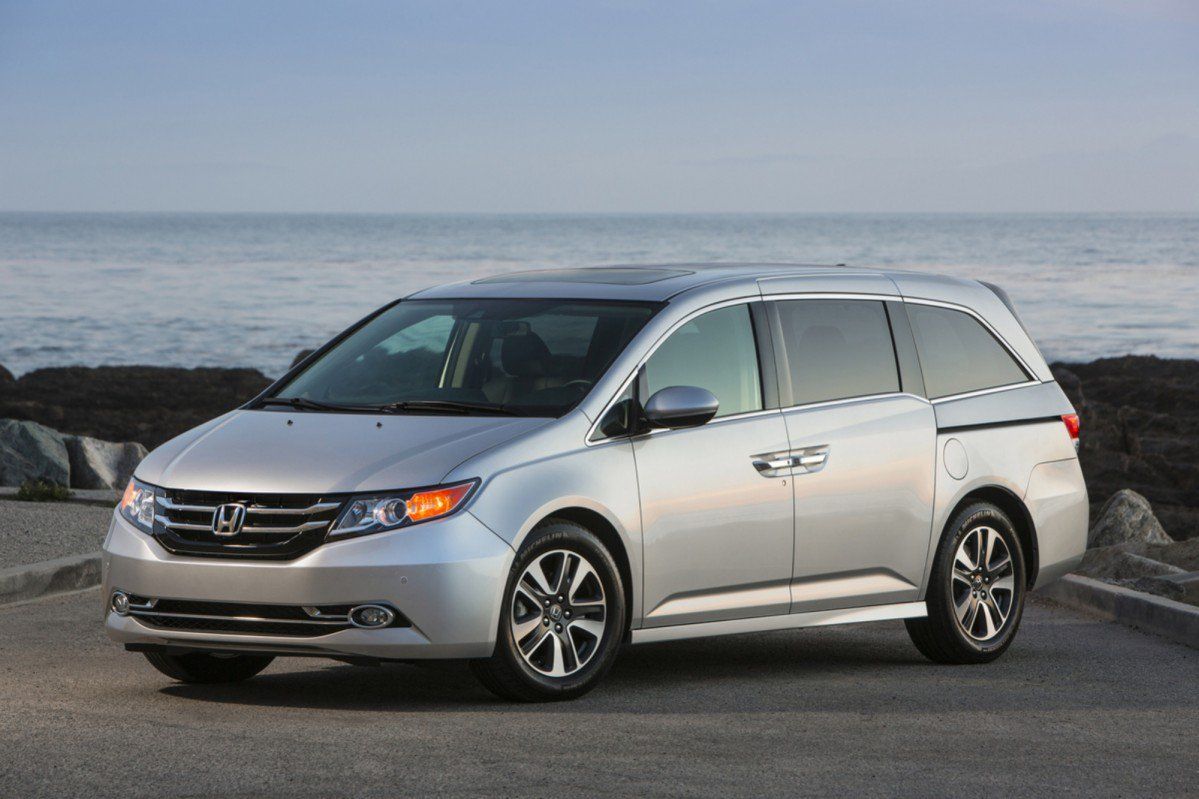 The Honda Odyssey wins the battle with the Sienna, but only by a small margin. Launched in 2010 as a 2011 model, the Sienna has received a significant refresh for the 2014 model year that has improved its appeal. Well-equipped even in its base form, the 2016 Odyssey has a roomy cabin that ensures adult occupants in the second- and third-row seats are very comfortable. It is also the only vehicle we know that offers an integrated vacuum cleaner (on the SE grade). Although the 248 hp 3.5-liter V6 engine is less powerful than what rivals offer, the Odyssey is fun to drive for a minivan, with an agile chassis that doesn't affect comfort, though. It is also the safest model in its class.