Crossovers and SUVs may form the fastest-growing automotive segment at the moment, but sedans remain popular in Europe

They may be less practical than hatchbacks or SUVs, but sedans are used as family cars by many buyers. Taking this into account, we've looked at the most attractive family sedans you can buy in 2016 in Europe. Our list focuses on D-segment models because we believe this segment offers the best compromise between size and price. 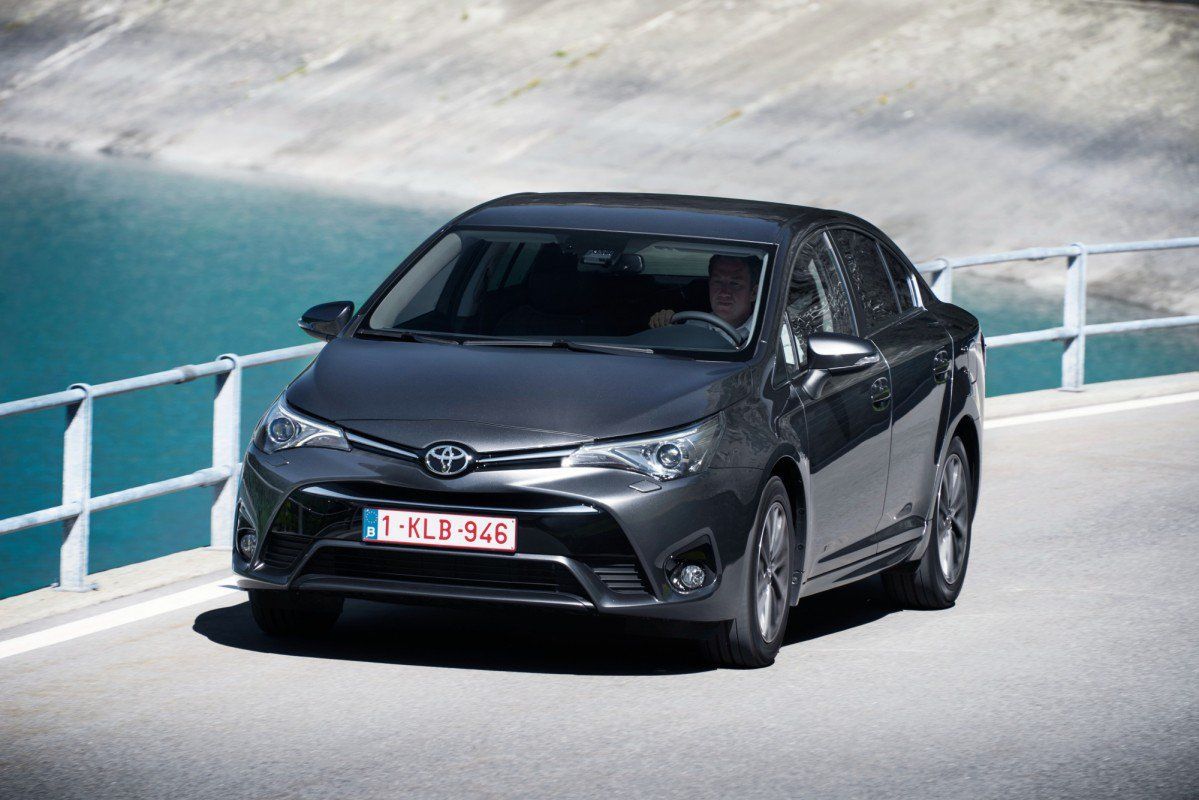 The Avensis is Toyota's answer to the VW Passat. Specially developed for Europe, it is a competent, reliable model that does its job without complaints. However, it's often overlooked by buyers, as the market includes many attractive alternatives. The Avensis is comfortable, well built, and fuel-efficient – particularly with the diesel engines. The Japanese model is let down by the boring looks (although the 2015 facelift has made it slightly more appealing), as well as the dull driving experience. It's also starting to show its age, as the current-generation model launched in 2009. The Hyundai i40 is another D-segment sedan built specifically for European markets. It combines an attractive design with generous standard equipment, low running costs, and a five-year unlimited mileage warranty. It's a spacious vehicle, and it offers fuel-efficient diesel engines as well. So why is it only ninth in our ranking? Well, it's not as fun to drive as most rivals, and the 1.7-liter diesel is slightly noisy and underpowered for a car this size. Finally, it lacks the appeal of German rivals. 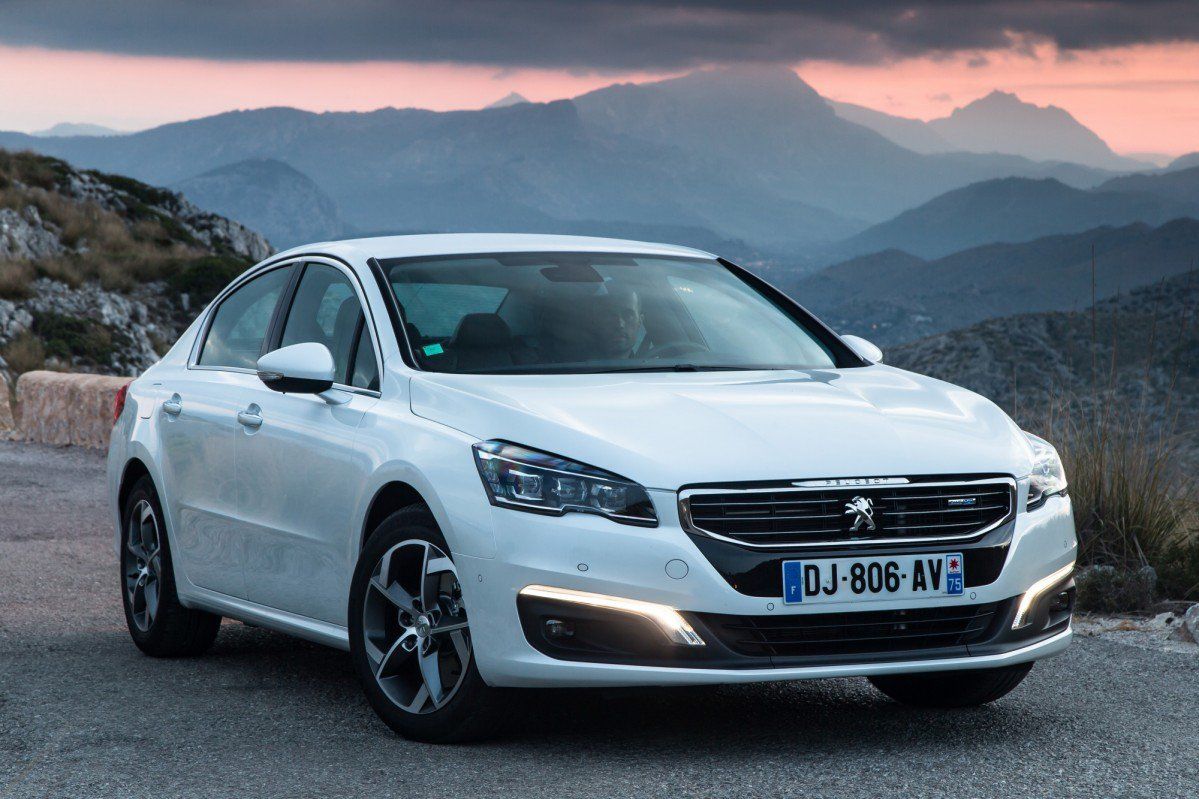 When the 508 launched in late 2010, Peugeot pitched it as a replacement model for both the 407 and 607, which meant it had to appeal to buyers of family and executive sedans at the same time. The automaker has done quite a good job of that, as the 508 feels well built and has a classy interior. Furthermore, it's enjoyable to drive, and the refined diesel engines are extremely economical. The French sedan loses points because of its firm suspension, a less spacious interior compared to rivals and a rather noisy cabin at high speeds. Top trim levels are quite expensive. Despite receiving a comprehensive facelift in 2013, the Opel Insignia (sold as Vauxhall Insignia in the UK) is beginning to show its age. Launched in October 2008 as a replacement for both the Vectra and Signum, the Insignia offers a decent choice of engines (although not as efficient as the competition's), a refined and comfortable ride, as well as a spacious cabin and boot. However, rear headroom is small, and the Insignia is not as fun to drive as the Mondeo. A big part of the blame falls on the over-assisted steering that lacks feel. Kia's fourth-generation Optima is another model that debuts in 2016 in Europe, and judging by the reviews it got in the United States so far, we should be in for a pleasant surprise. The new Optima is an evolution of the previous model, both from a styling and technological point of view. It features an improved version of the 1.7-liter diesel engine also found in the Hyundai i40, a more spacious cabin, as well as a stiffer chassis and upgraded suspension that improve handling. The new Optima also comes in a GT performance version with 245 PS. In a way, the Talisman is similar to the Peugeot 508, acting as a replacement both for the Laguna and the Latitude. With a bigger footprint than the Laguna, the Talisman fosters upmarket ambitions. Roughly the same size as the VW Passat, the French sedan features an attractive design, a spacious and quality cabin (Renault says it's the best they've ever made), as well as fuel-efficient four-cylinder turbo gasoline and diesel engines with up to 200 PS. The Talisman is comfortable and pleasant to drive, although not as fun as the Mondeo. Since it's a new model that hasn't got its fair share of reviews yet, its reliability record is still an unknown quantity. The Mazda6 is by far the best Japanese sedan in the D-segment. The model combines an attractive design with powerful, refined powertrains (particularly the diesel units), not to mention the balanced chassis that makes it rewarding to drive fast. Space and practicality are below some rivals, though. Other downsides of the Mazda6 are the firm ride (a trade-off for the sharp handling) and the fussy interior design. Overall, the Mazda is the best choice for those who want to avoid the VW Passat and the Ford Mondeo. Under normal circumstances, the Passat would have ranked higher in our ranking but the recent Dieselgate scandal has tarnished Volkswagen's image and the Passat's as well. Still, there's no denying we're talking about one of the best sedans in the segment. The Passat has moved further upmarket than ever before, has a great build quality and rivals the Mondeo for the title of the best-handling non-premium sedan in the D-segment. The VW is spacious, practical and features fuel-efficient diesel engines. Its only downsides are the overly conservative design and the high prices. Known as the Fusion in the United States, the fourth-generation Ford Mondeo launched in autumn 2014 in Europe with a sleek look, powerful EcoBoost four-cylinder gasoline engines, and fuel-efficient TDCi diesel units, as well as a balanced chassis that delivers an ideal compromise between comfort and handling. The Mondeo also has a roomy cabin and generous standard equipment. However, interior quality is below the Passat and prices are a bit too high. Our choice may be a surprise, but think about it: the Superb shares the MQB platform with the Passat, but is more spacious, practical (it's a hatchback) and less expensive. Build quality is impressive, with the cabin being one of Skoda's best yet. It's also the most spacious, with class-leading rear seat legroom and a huge trunk (625 liters with the rear seats in place and 1,760 liters with the seats folded down). Standard equipment is generous, and the range of engines caters to everyone's tastes. The downsides are minor, really: the Superb is not as fun to drive as the Mondeo, and interior quality is below the Passat.