10 Life-Saving Tips for Driving in Winter

Unfortunately for drivers, winter brings more than a scenery that reminds of fairy tales. For most people, it's the most stressful time of the year. However, if you get prepared and follow these simple steps you may realize winter is not that bad.

Just like upscale modern cars feature several driving modes, drivers should adapt their driving style to the cold season to make sure the arrival of spring will find them in good physical shape and without big dents in the budget. Some of the following steps may seem futile to mention, but we'd rather be stating the obvious than not cover all the essential things.

#10 Drive only if necessary It's elementary to avoid driving if the weather bulletin announces blizzards, extreme cold, icy roads and so on. Postponing your trips can save your life, so it's better not to take any chances if possible. If you must drive, though, make sure you stick to the major roads and get informed about their status beforehand.

#9 Store supplies and emergency kits in the car 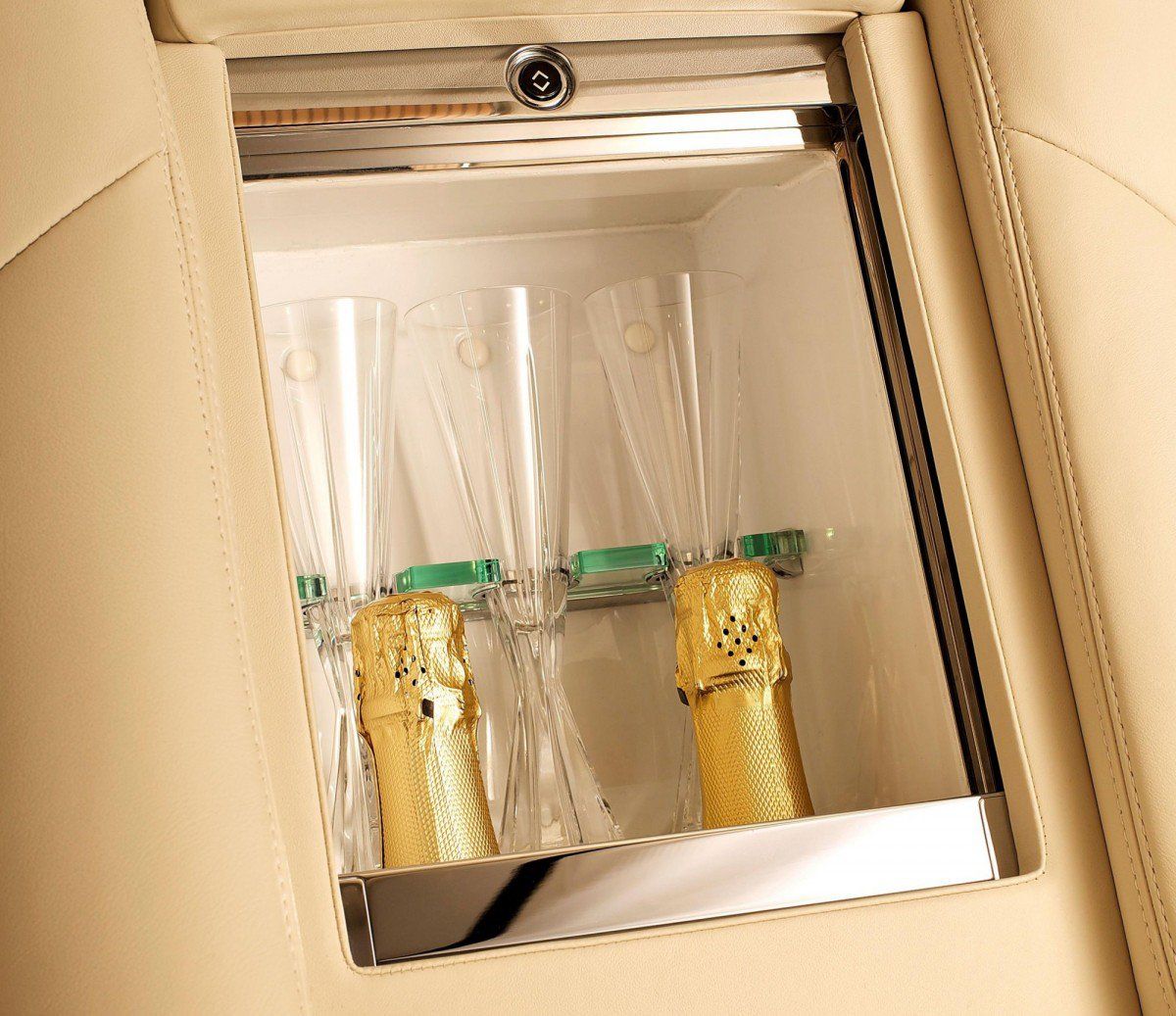 You never know when something bad can happen during the winter, so it's a good idea to store supplies and a first aid kit in your vehicle. Stuff you should keep in your car include food and water, a blanket, warm clothing, a torch, a fully charged mobile phone (or an external battery, for that matter), an ice scraper, jump leads, a shovel, and some sand. The champagne is for illustration purposes only. 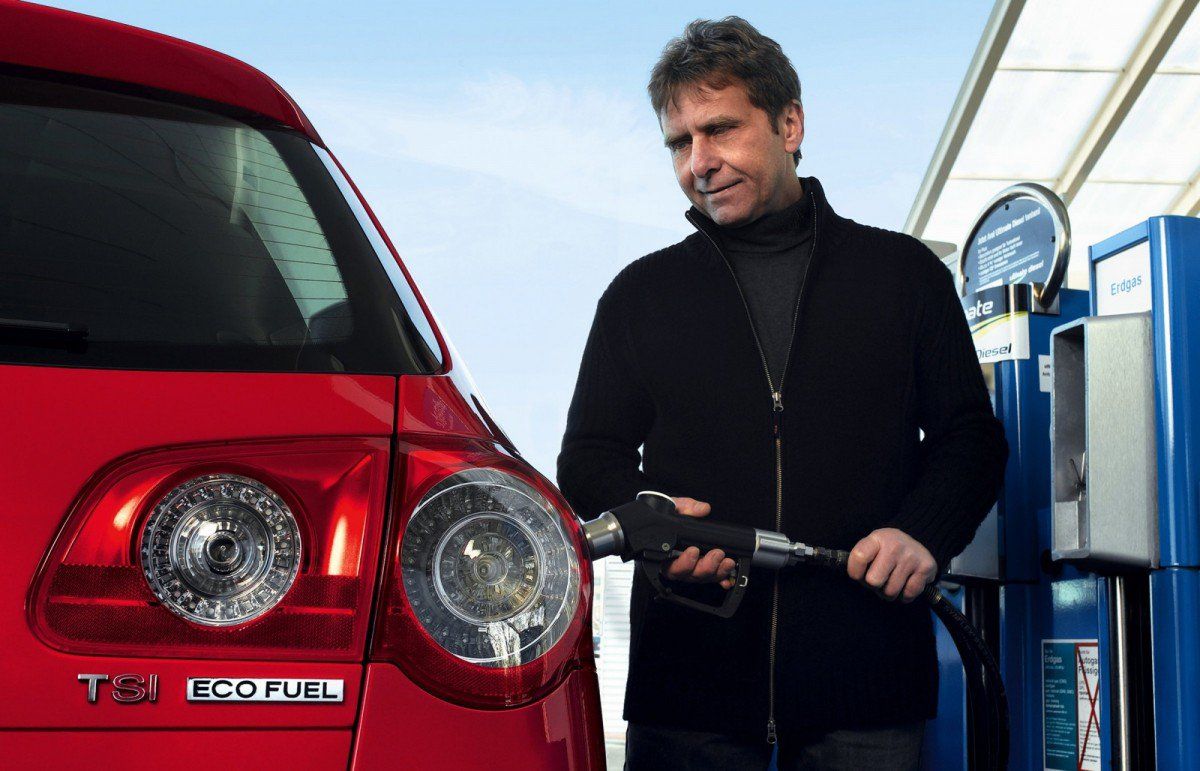 Since trips during the winter season are unpredictable, you should try to keep your fuel level high at all times. The last thing you want is to get caught up in a queue in the middle of nowhere with no fuel to heat the cabin. Keeping yourself warm inside is good, but make sure you get out periodically to remove snow from the exhaust pipe. In doing so, you eliminate the risk of carbon monoxide building up inside the car, something that could kill you.

#7 Make sure you defrost your windows before leaving 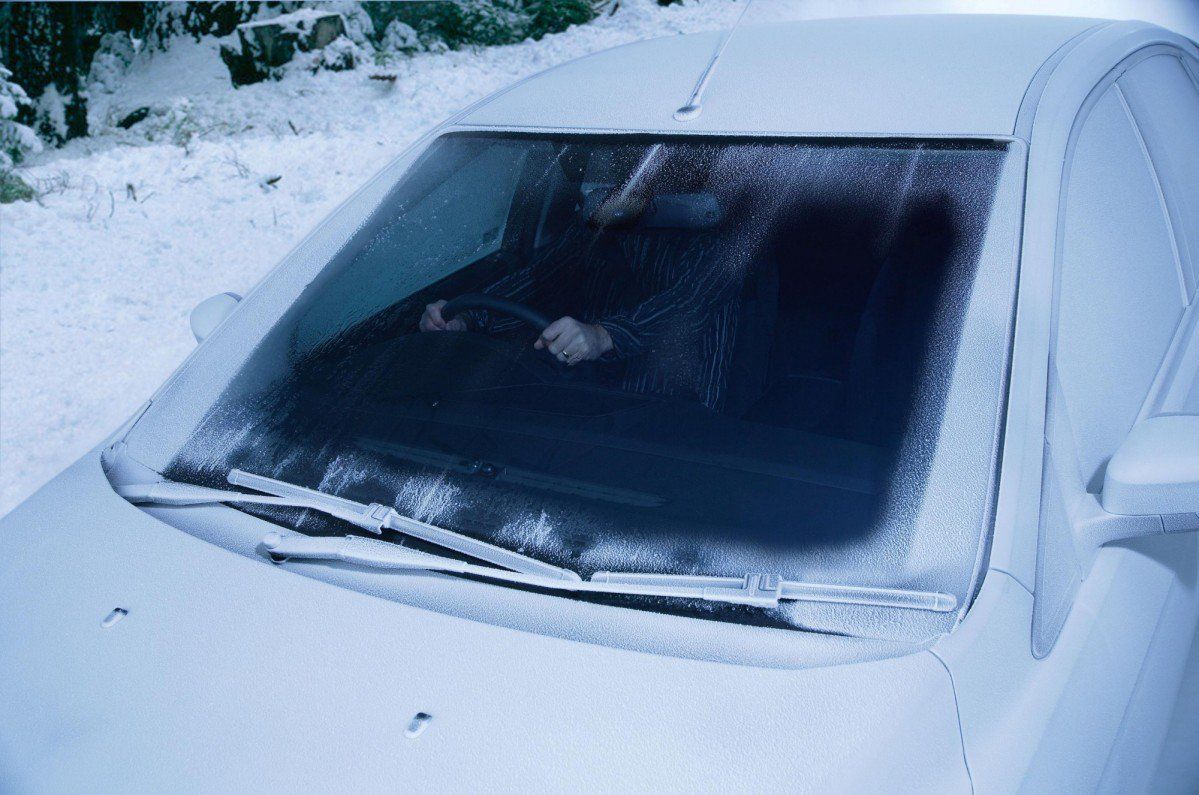 It's common sense, but far too many times we happen to see other road users driving around with frosted windows. That is a dangerous thing to do because opaque glass obstructs the view and may cause accidents. So don't pull away until you can see clearly through the windshield, side windows, and the back window. Don't forget to clean the exterior mirrors too. 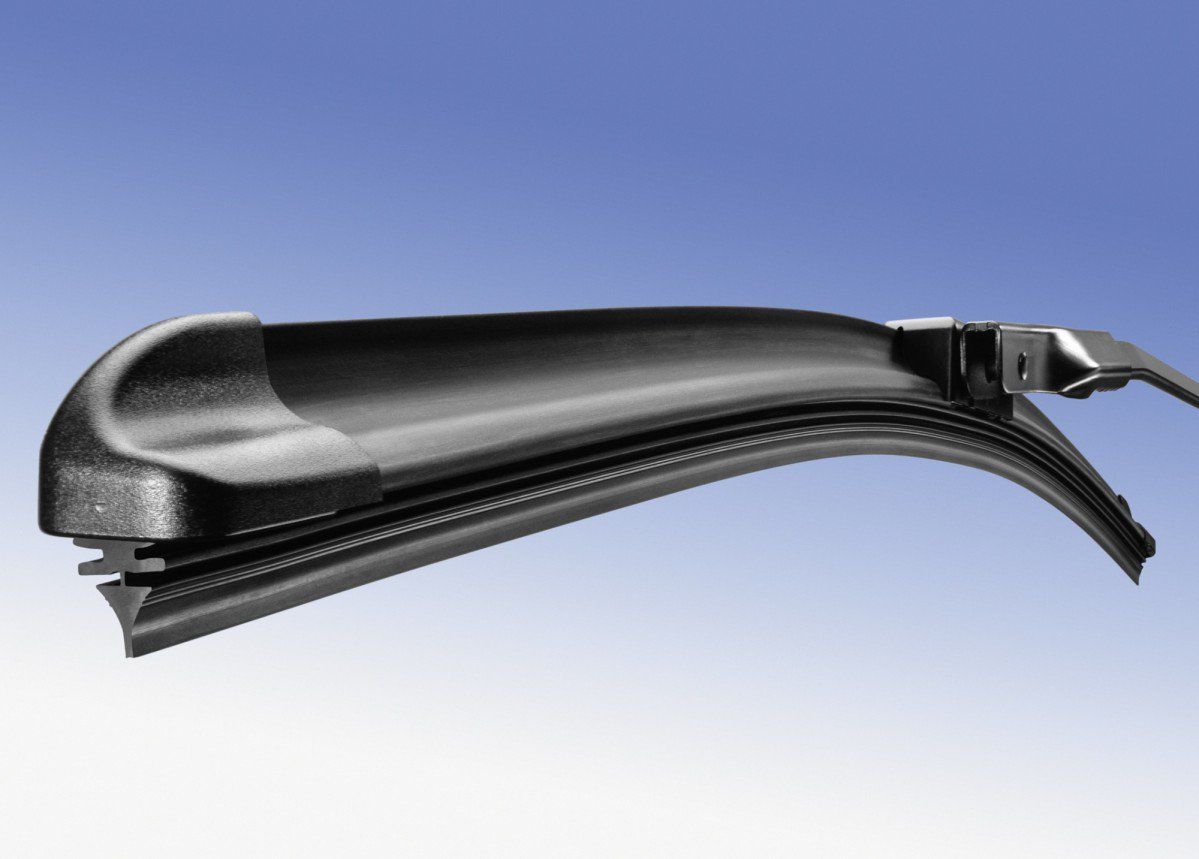 Another essential piece of advice is to check the state of your windshield wipers and replace them if they don't clean the surface of the windscreen uniformly anymore. Imagine you're driving at 50 mph when dirt gets splashed on your windshield. The last thing you'd want in a moment like that is a pair of worn-out wipers.

#5 Do not pull away with snow/ice on your car 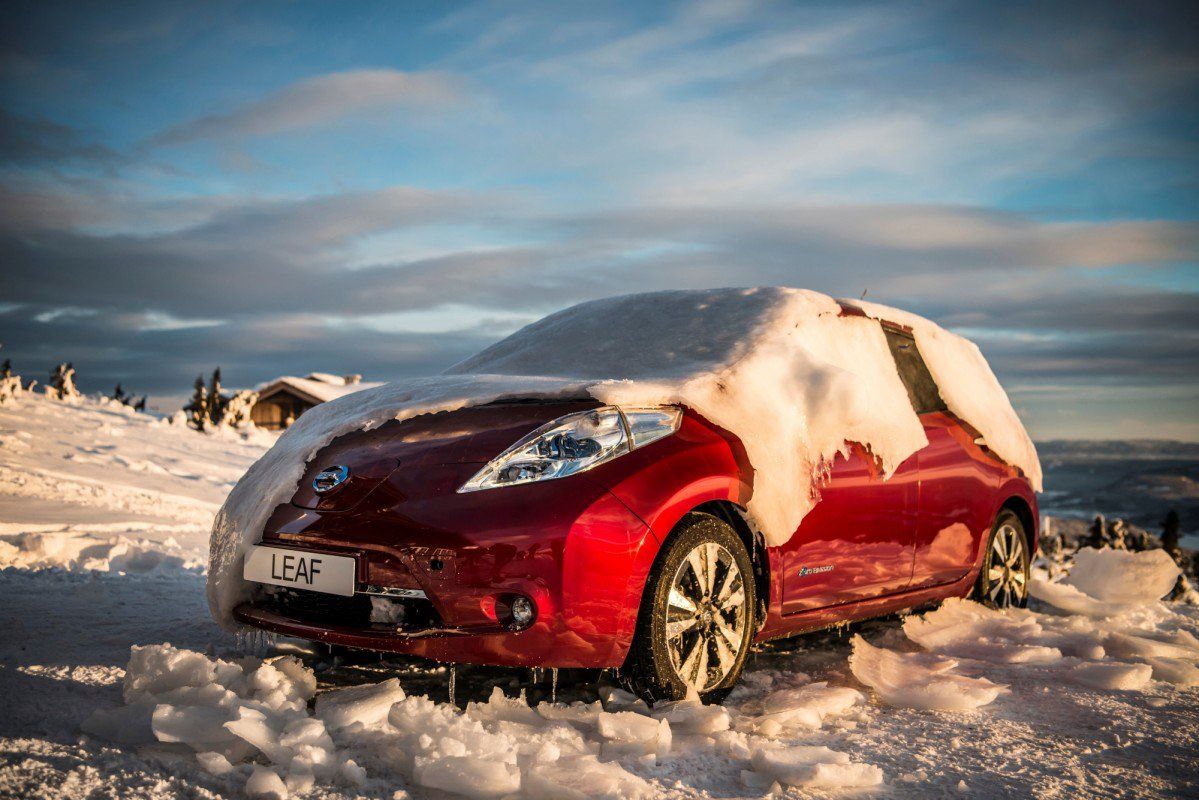 We're again stating the obvious, but each of you must have seen cars rolling down the road with big chunks of snow and ice on their roofs. It's not just a lazy thing (not) to do it's also very dangerous. No one wants to be on the receiving end when a big clump of frozen snow gets loose in the air at high speed. Lives were lost because of this, so don't be lazy and clear snow and ice from your car before driving. 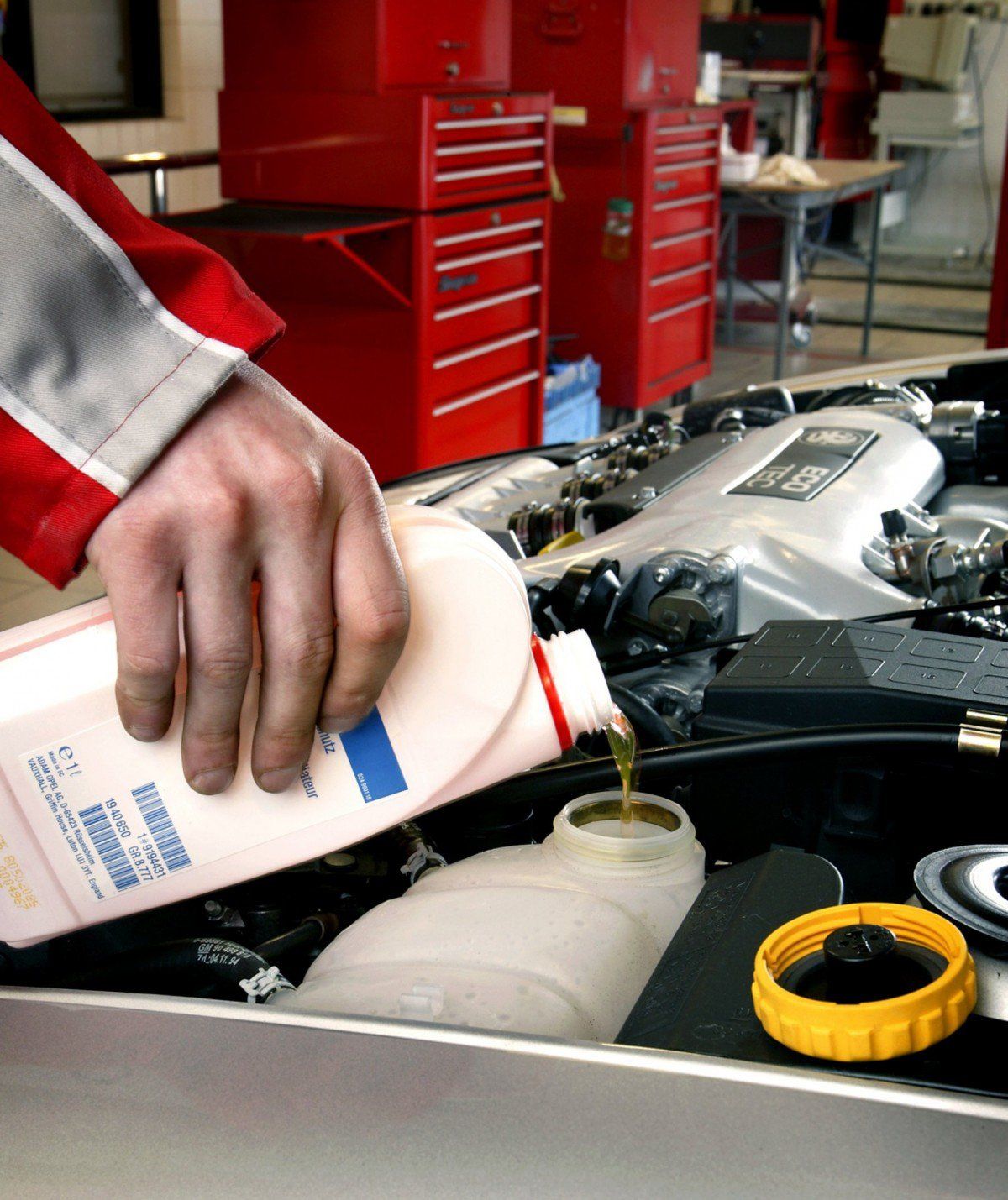 Your engine needs lubrication and cooling in winter too, so before the onset of the cold season make sure your engine has enough oil and antifreeze coolant. Another thing to do is ensure the washer fluid tank has enough additive to stop it from freezing and cracking the pipes. If you want your engine to start during those frosty mornings, check the charging level of your battery as well. If it's too low, try recharging it. If the battery is too old, you're in for a replacement. 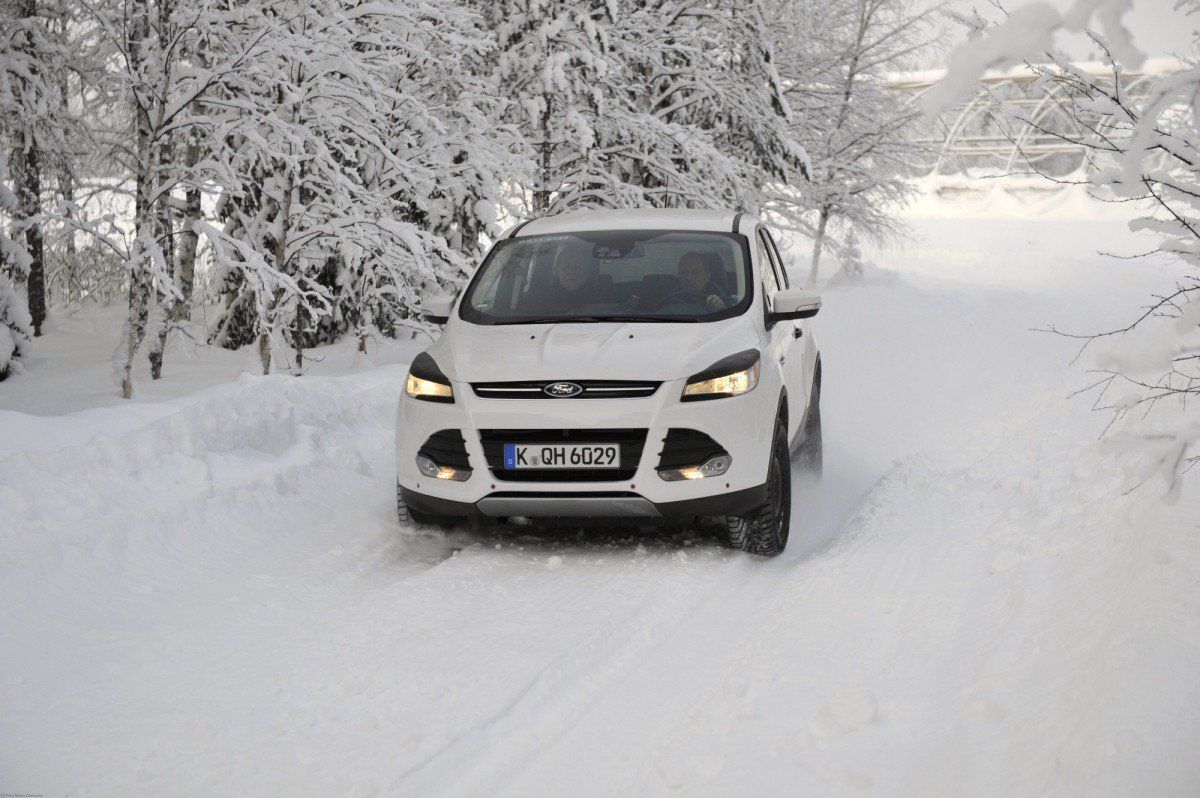 If you live in an area where temperatures typically drop below 7 degrees Celsius, you must fit winter tires to your car — in some countries this is mandatory. Winter tires have a softer compound that significantly helps improve grip and traction in cold weather. If you already use them, make sure you have at least 3 mm of tread to tackle slippery surfaces safely.

#2 Slow down, increase distances and try to anticipate other drivers' actions So far we've only talked about things you must do before driving, because, as we all know, preparedness is a prerequisite for victory. When you get behind the wheel in winter, you must alter your driving style significantly. Maintaining a safe distance from the vehicle ahead is key in all weather conditions, even more so in winter. Stopping distances are up to ten times longer on slippery surfaces than on dry ones, so leave more room between you and the car in front as you go faster. Constantly check how slippery the road is by braking sharply at low speeds — but only if there aren't cars close behind you — and adapt your speed accordingly. Also, try to anticipate what other road users will do: it will save you a lot of trouble.

#1 Use engine braking, be gentle with the pedals and steering For many drivers, the hardest adjustment to make when winter comes is braking. You should lose the habit of stomping on the brakes every time you need to slow down. The safest way to decrease speed in winter is to use engine braking (shifting into a lower gear), particularly when driving down steep and long slopes. That's trickier in cars fitted with automatic transmissions, particularly if they lack a manual mode. Of course, engine braking does not replace the use of the brake pedal in all situations. When you do have to press it, do it gently to avoid sliding.

The same goes for the accelerator pedal: apply smooth and progressive force to dodge wheelspin and change gears early to keep revs in the lower range. Additionally, avoid maneuvers that might unbalance the car, such as sudden steering or braking. In the likely scenario that the car starts to skid, take your foot off the accelerator and let the vehicle lose speed until you regain control. Unless the surface becomes sticky again don't use the brakes — that will only extend the skid. If the car starts to spin during the skid, steer toward the direction of the spin to allow the car to straighten up.