Ford has unveiled the all-new Fiesta ST ahead of its world debut at the Geneva Motor Show next month.

It's an entirely new model from the ground up, a fact most obvious in the engine bay, where an all-new three-cylinder 1.5-liter EcoBoost engine replaces the previous model's 1.6-liter four-cylinder unit. 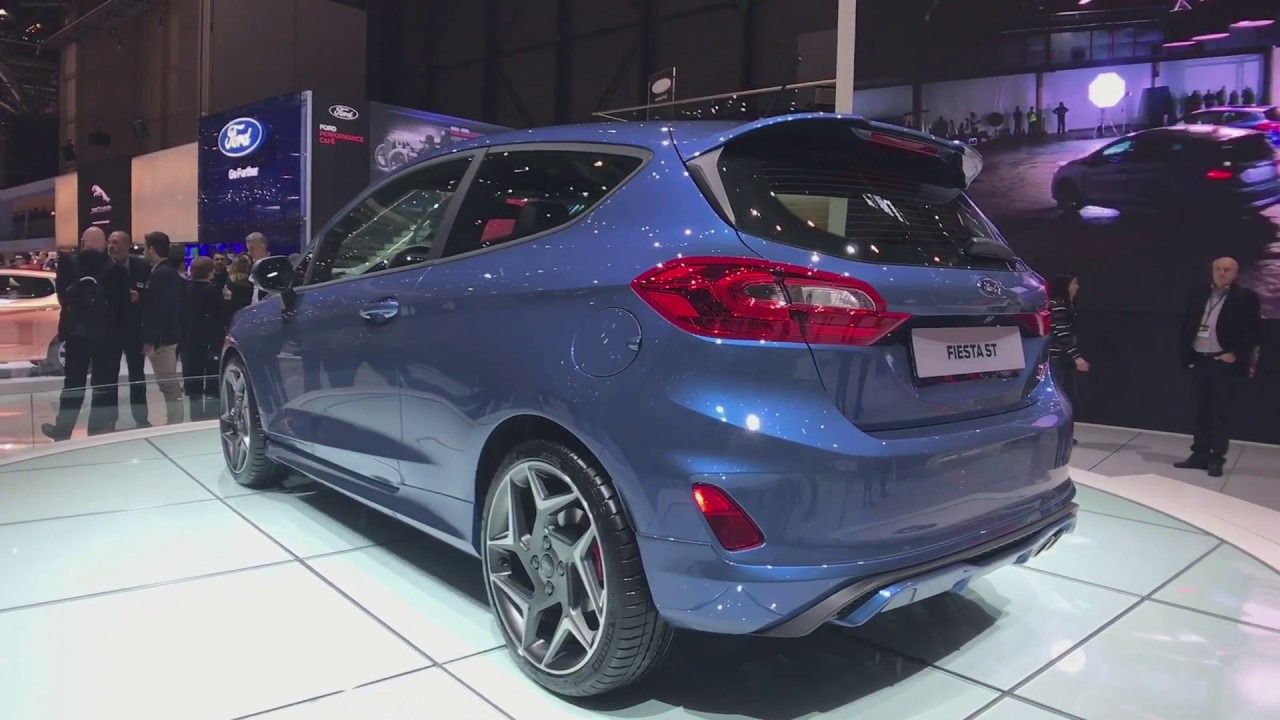 As a result, the 2018 Fiesta ST becomes Ford Performance's first three-cylinder model. It's not an average three-cylinder engine, mind you. Thanks to technologies including turbocharging, high-pressure fuel injection, and Twin-independent Variable Cam Timing, it delivers 197 hp (200 PS) and 290 Nm (214 lb-ft) of torque, which will allow it to cover the 0-100 km/h (0-62 mph) sprint in 6.7 seconds - exactly the same as the current Fiesta ST200. Despite the fact that it only has three cylinders, the all-aluminum 1.5-liter unit features cylinder deactivation technology for further reduced fuel consumption and CO2 emissions — Ford estimates 114 g/km. 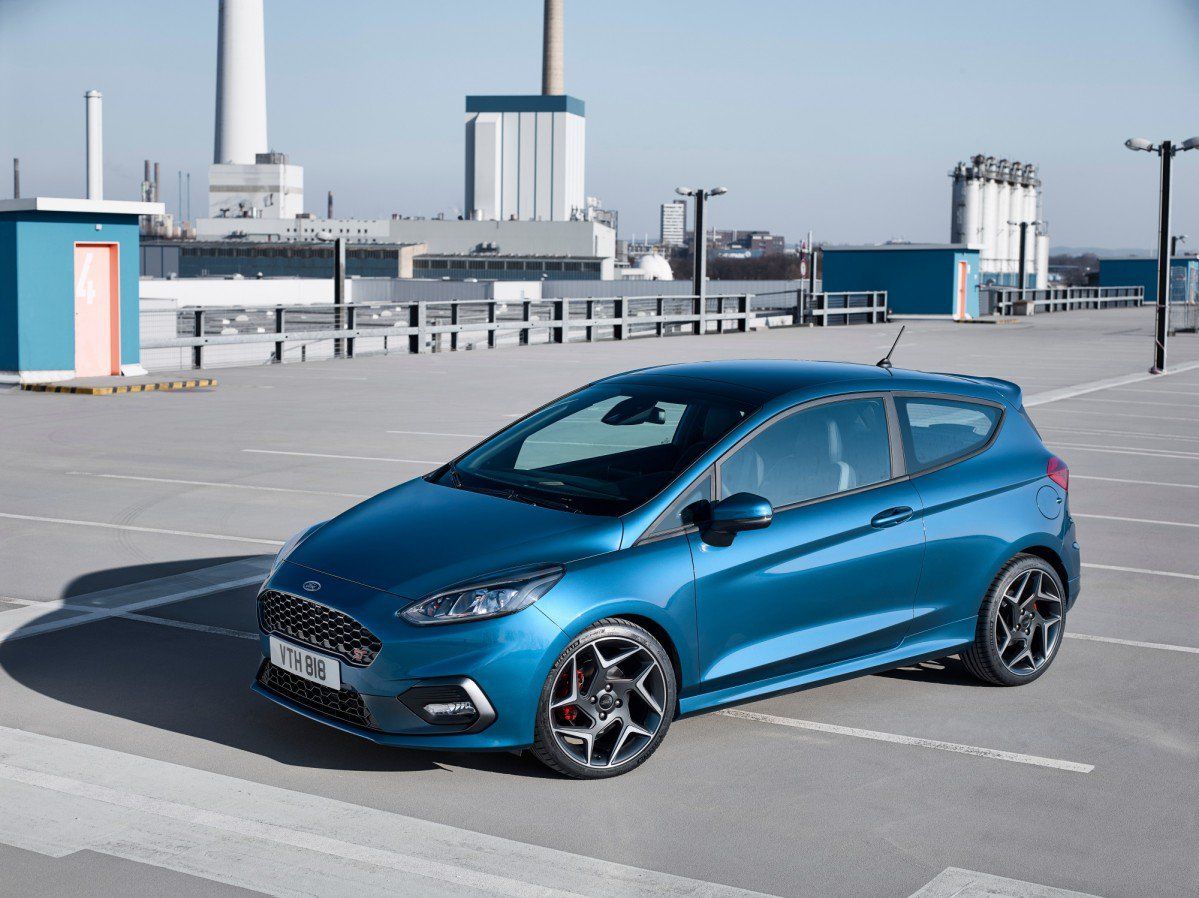 The automaker says the engine delivers "naturally high torque at low rpm," and exhibits minimal turbo lag thanks to an optimized turbine design. 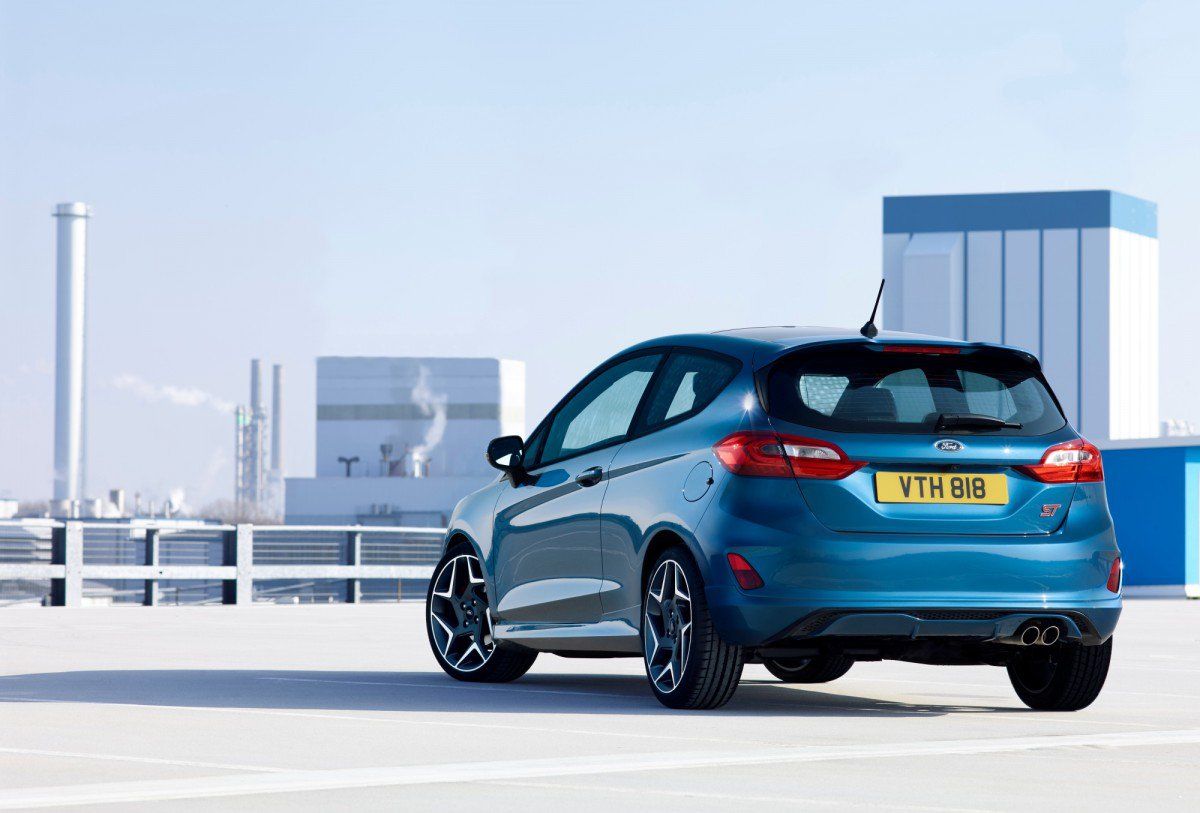 Drive Modes will also adjust the Electronic Sound Enhancement (ESE) technology and active exhaust noise control valve — could that be Ford's way of acknowledging that the three-cylinder engine's sound isn't exciting enough? We'll just have to wait for a test drive to find out.

As expected, the 2018 Fiesta ST looks like a pumped-up version of the regular model previewed last year, featuring a mesh grille, exclusive 18-inch alloys, as well as more aggressive bumpers, sills, and a roof spoiler.

Inside, it features Recaro seats and a flat-bottomed steering wheel, plus the SYNC 3 infotainment system available with touchscreens of up to 8 inches in diameter. Ford also says the Fiesta ST will offer more interior trim and personalization options than before, including styling packs. 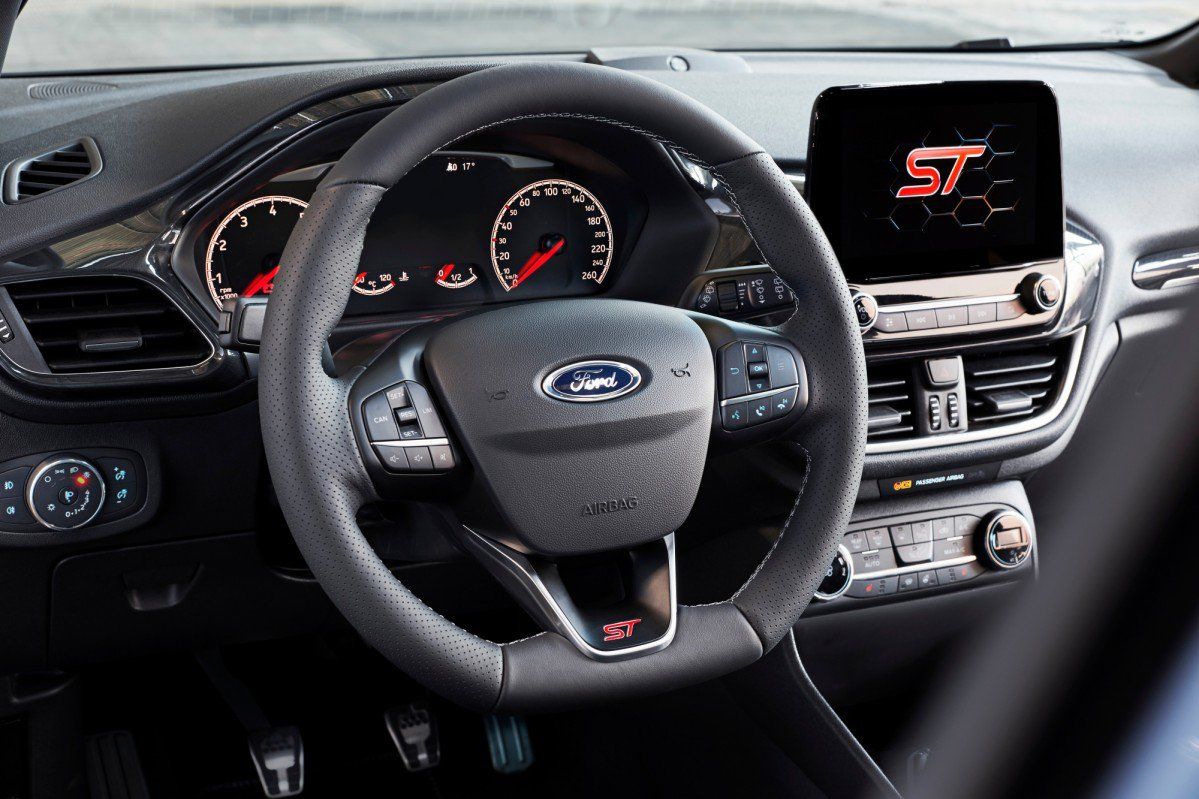 The all-new Ford Fiesta ST will arrive on the European market in early 2018, in both three-door and five-door body styles. There's no word yet on U.S. availability. 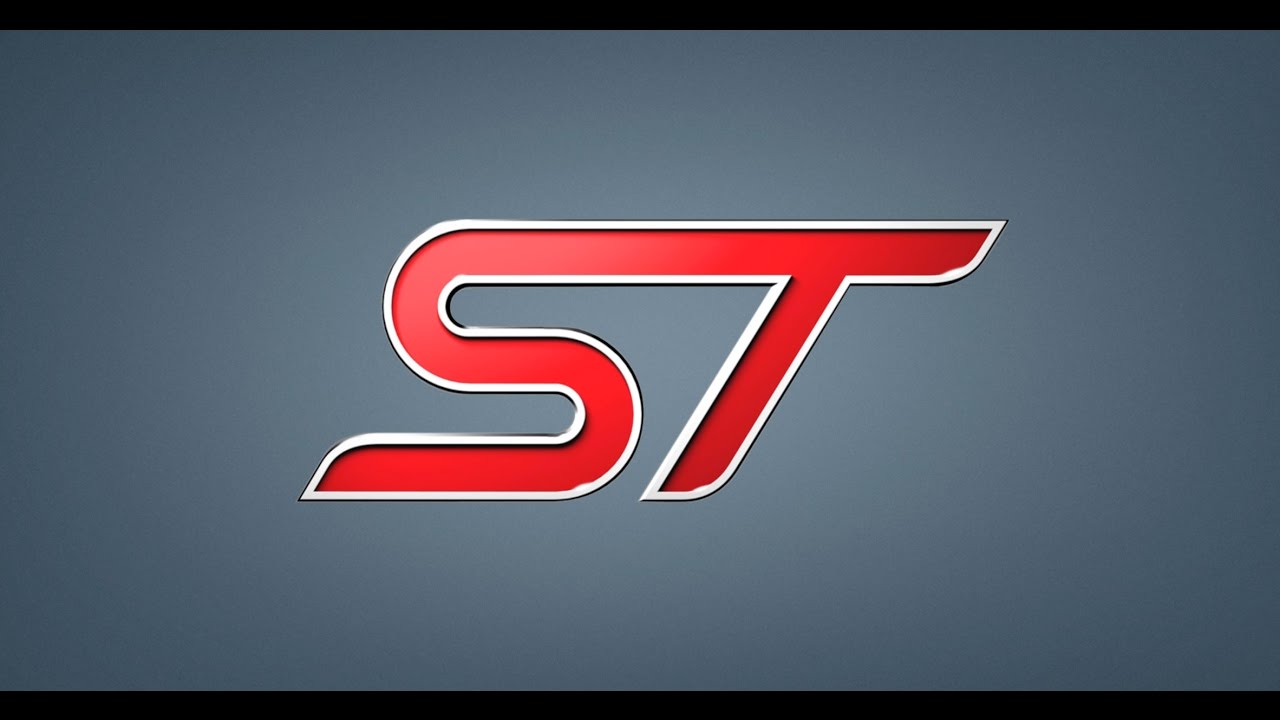